Kageyama Vs Hinata: Who Will Emerge Victorious? – Haikyuu!! 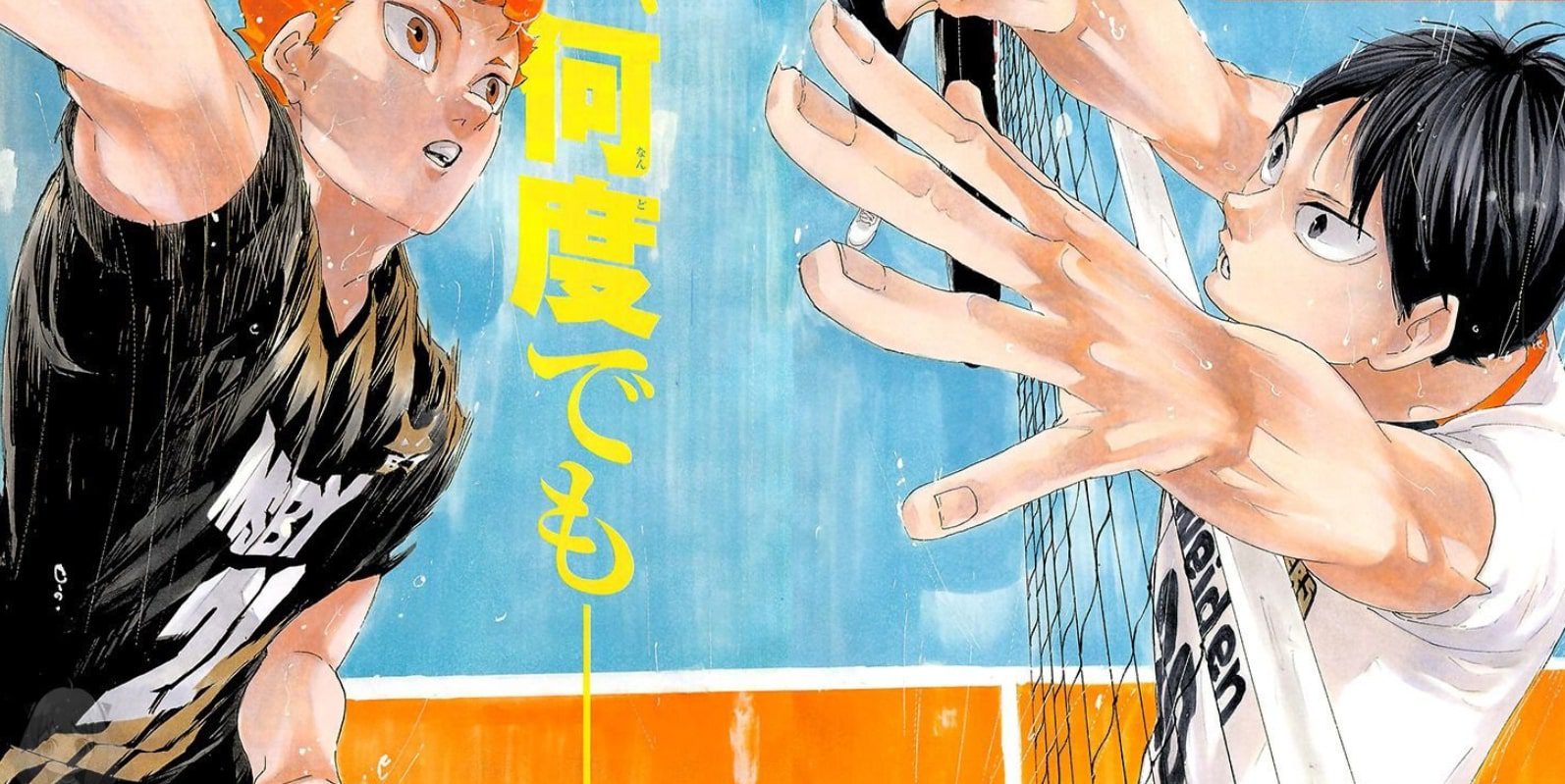 Kageyama Vs Hinata: The Ultimate Battle.

If you’ve watched Haikyu!! you know the thrill of a good game, anticipating sets, and the pressure of what comes next. This is more than just any sports anime. Haruichi Furudate’s Haikyu!! is an emotion. The series has become extremely popular over the years, with its amazing characters filling us up with enthusiasm and motivation. The Kageyama vs Hinata conflict has been the main motive of the plot since chapter 1. However, before we could put a conclusion to the dispute, the series took us through multiple plot lines where we came across superior players and superior techniques. If you haven’t watched the series yet and are a fan of the sports genre. Haikyu!! is an anime you need to watch right away.

One absolutely mind-blowing factor of Haikyu!! is the character development that it features. From the lead characters to the characters with the smallest role have shown some amount of character development. Seeing Kageyama become an adult who brings the best out of his team from a bratty teen and seeing Hinata turn into his best version was absolute bliss for Haikyu!! fans. But if the two characters were to be put in front of each other, who would win? Who would stand victorious in a match between Kageyama and Hinata?

As we wonder with all our might, let’s analyze both the characters at their best to get the best answer out of the manga.

Tobio Kageyama, born in 1996, is a volleyball player who played the position of a setter. He was inspired by his sister and Grandfather to play volleyball and was attracted to the position of the setter as anyone in that position could touch the ball the most. At a young age, he was recognized as a prodigy. In middle school, he attended Kitagawa Daiichi Junior School, where he joined the volleyball club and met with Oikawa, the official setter of the school and a brilliant one at that. However, by the end of his last year in middle school, he had turned into an arrogant player as he felt no one could keep up with his level. However, he finally found Hinata in high school, who could hit his tosses. In Karasuno, he became the official setter and went to the Nationals with his team.

After graduating high school, he joined the Schweden Adlers, represented Japan in the Olympics, and then became a part of the Ali Roma.

Tobio Kageyama as a Genius Setter

Kageyama has always been a genius when it comes to volleyball. In fact, his genius was acknowledged and appreciated. However, he lacked majorly in areas of teamwork which made him difficult to work with till middle school. He had difficulty communicating with his team and often came off as too aggressive. Once he entered high school, he had encouraging teammates who taught him the meaning of teamwork. As his personality developed, he not only became better himself but also urged his teammates to evolve their game with him. Unlike Oikawa, who could bring the best out of a weak team, Kageyama could make the team better by pushing their limits if they allow him.

Kageyama’s skills as a setter were extremely refined. However, he was good at everything else as well. Seeing his performance in the match against Shiratorizawa, he was invited to attend the National Youth Training Camp. While in most parts of the series, we saw him toss to other players, during his training at the National Youth Training Camp, we saw his abilities as a spiker which was even acknowledged by Atsumu Miya, one of the best setters of the time. Later in the series, we see him throw in a bunch of powerful service aces too.

Kageyama has amazing specs too. His height post time skip is 188.4 cm, and he has a jumping reach of approximately 348 cm, which is extremely good for spiking and especially good quality for blocking. Kageyama was a gifted player. By the age of 19, he was Japan’s number one setter.

Shoyo Hinata is the protagonist of Haikyu!! and the series majorly revolves around him. He played the position of the opposite hitter. Unlike Kageyama, Shoyo was not well versed with volleyball and had found an unending love for it in his third year of middle school. The moment he saw Tenma Udai, the renowned Little Giant of Karasuno, on the television screen, he earned an obsession for the sport. However, as much as he loved the sport, volleyball came with several obstacles. The first obstacle was his height, for which he was highly underestimated by several players. Volleyball is a height where height matters a lot, but Hinata made up for his short stature with his jumps that seemed to make him fly.

Another obstacle that he faced was his lack of basic skills in volleyball, such as receiving. In high school, he came across the generous seniors of Karasuno who helped him learn the sport with patience. Personality-wise, he is very adorable and seemed to win every’s respect with his determination and enthusiasm. Post-time-skip Hinata joined the MSBY Black Jackals, played for Japan in the Olympics, and then played for Asas São Paulo.

Shoyo Hinata as a Strong Player

If Tobio was a genius player, Shoyo was a player with natural instincts. He worked extremely hard despite the difference in skills that he had to face often. It would be unfair not to count his strong will as one of his superior qualities. Haikyu!! often indicated that Shoyo’s body was built for sports. He was faster, stronger, and had natural instincts that almost made him superior to most players had it not been for his lack of skills. In a match against Aoba Johsai, he even saw the ball in slow motion, something that has only been heard from pro players.

While outside the court, Hinata was a goofy little kid. Once he entered the court, he became the ultimate weapon who could put many in a pickle. It is also to be noted that initially, he was the only one who could keep up with Tobio’s reckless and very difficult tosses.

Hinata grows stronger with time. As he slowly learns to take control of the ball and then to receive with his instincts, we see him develop into the profound player he was going to be. Unlike Kageyama, he did not join a club after graduation. Instead, he went to Brazil, where he perfected his balance by playing beach volleyball. After his return, he showed off all his perfected skills in his match against Schweden Adlers. Now, he was just as much of an overall player as Kageyama as he learned how to receive, block, and toss. He even used himself as a decoy in the matches, which came off as quite tricky even for Kageyama in their final match.

Kageyama vs Hinata: Who will Win?

Haikyu!! begins with an encounter of Kageyama and Hinata where they are both amused by each other’s skills and then equally offended by each other’s presence. For Kageyama, he felt that Hinata’s skills were going to complete waste, whereas, for Hinata, Kageyama is the ultimate opponent he wishes to defeat. So when they meet again in Karasuno, it is a piece of good news for neither. Hinata has always wanted to defeat Kageyama, and the latter too competed equally. Whether it was a race or something as small as a video game, they wanted to defeat each other. With so much enthusiasm, even people wanted to know who would win in a Kageyama vs Hinata. Furudate ended the series with an ultimate match where they stood against each other at their 100% strength. The match ended in Hinata’s favor.

Does that mean Hinata would always win in a Kageyama vs Hinata match? Definitely not. Hinata reveals that he has faced 1096 wins and 1100 losses (not necessarily against Kageyama). Kageyama and Hinata are equally strong, and there’s no way that they can be compared. Although for a while Kageyama was naturally ahead of him, Hinata caught up to him by the end of the series and became an equally strong ally and opponent. The truth is, they would continue to face off against each other and get stronger. This is the beauty of Haikyu!! There is always a story beyond winning and losing.

Are Pedro And Chantel Still Together? All About The 90 Day Fiancé Pair!

Are Linda And Amenadiel Together? What Happened To Them In Lucifer 6?