2021 is filled with treats when it comes to anime films. Right when we were rejoicing the announcements of the My Hero Academia movie or the Black Clover movie, we stumble across yet another great news. Jujutsu Kaisen: Vol 0 new visual has been updated along with a theatrical release date. The anime series ended back on March 27 of this year receiving an amazing response from viewers all around the world. It is based on Gege Akutami’s manga by the same name. The manga came out in 2018 and is currently ongoing. Due to the mangaka’s health issues, the manga has gone into a hiatus after publishing 152 chapters. After the outburst of the popularity of season 1, the announcement of the movie immediately became a hot topic among fans. Fans have been waiting for new updates about the movie and the creators have finally spoken up about it.

Jujutsu Kaisen is the biggest anime series of the year, and its manga sales are constantly rising as well. The mere announcement of the movie resulted in an uproar of hype among fans. Clearly, the anime is going big. In this modern age shounen anime, we come across strong characters, both villains and heroes, realistic conflicts of dealing with evil, and the alarming dangers of politics among the superiors. If you weren’t already, it is high time that we get fired up about Jujutsu Kaisen: Vol 0.

Like we already mentioned, Jujutsu Kaisen: Vol 0 new visual has been updated. Here are all the announced details about the upcoming movie including the plot details release date, staff, and the said new visual.

Also Read: Rurouni Kenshin: The Final Live-Action Worldwide Release: When is it Happening?

The movie will be a prequel to the anime series and traces back to a year back from the first season. It is based on the manga series by Gege Akutami titled Jujutsu Kaise 0.

The story of Jujutsu Kaisen: Vol 0 will focus on Yuta Okkotsu, a young boy who is haunted by his childhood friend, Rika. Rika died in an accident and her spirit has followed him around since. The spirit turns vengeful, going to limits to protect Yuta from harm. When Rika ends up causing a lot of bloodsheds, he seeks isolation to protect others from her.

However, Satoru Gojo, who sees worth in his trains him in Tokyo Metropolitan Curse Technical College to control the spirit. He meets new classmates, Maki Zenin, Toge Inumaki, and Panda. As he learns more, he encounters obstacles. Some of which came from within him and some from an enemy afar.

On June 13, 2021, the Jujutsu Kaisen Vol 0 New Visual was released. In the visual we see Yuuto Okkotsu holding hands with the human form of Rika. In front of him is Rika’s monstrous form as a vengeful cursed spirit. Yuta, on his other hand, holds the katana that he uses to control Rika as a sorcerer. 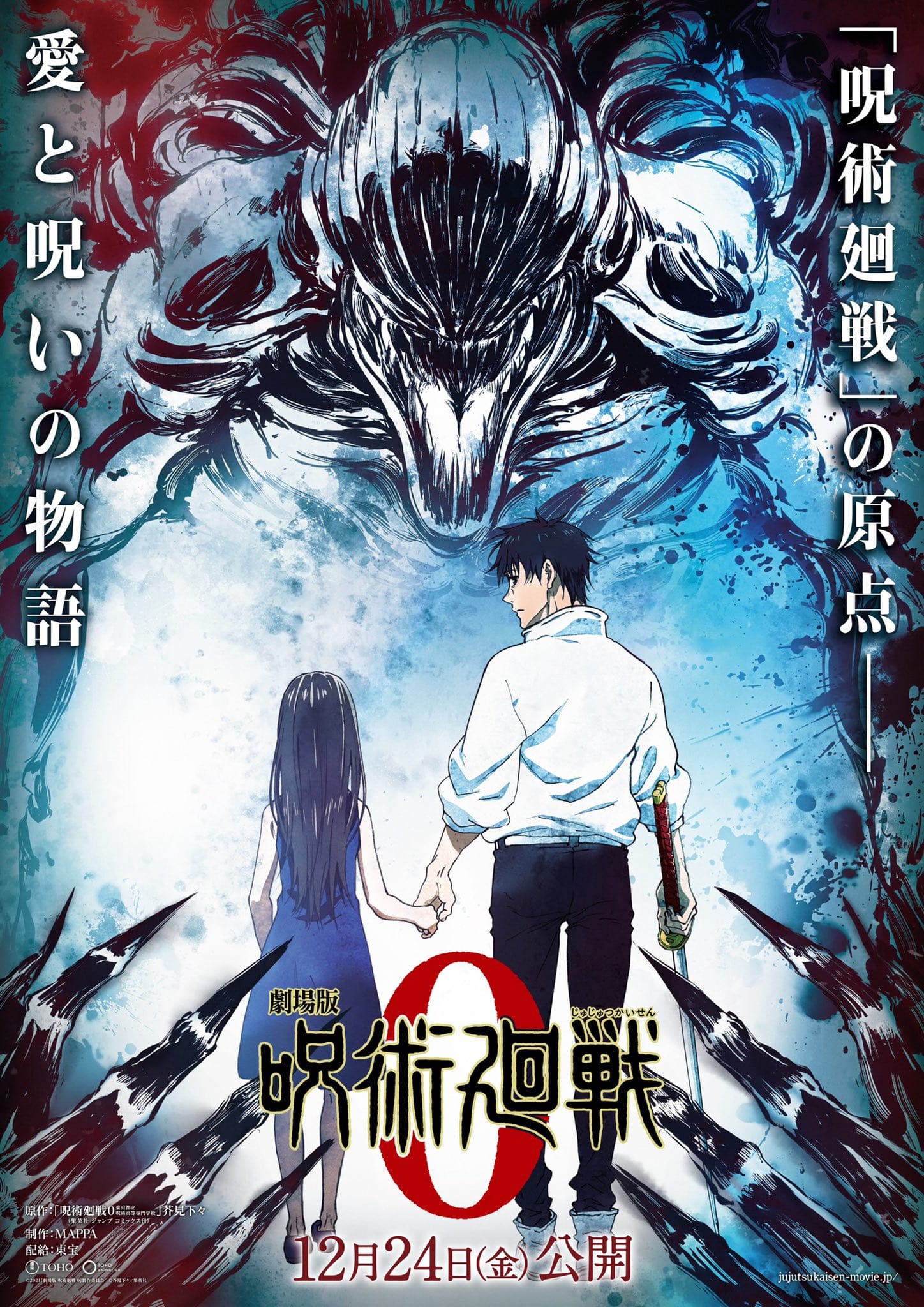 The art and character design of the new visual appears beautiful. It emits similar energy as the protagonist, ominous and thrilling.

The new visual and the release date of the upcoming Jujutsu Kaisen movie were announced during the 2021 Juju Fest. As per the tweet, the movie will receive a theatrical release on 24 December 2021. This release date holds a huge significance to the movie itself. In Jujutsu Kaisen Vol 0, Suguru Geto plans on unleashing a Night Parade of 100 demons. The date he selects for this is 24 December 2017.

The movie will be animated by MAPPA and produced by Toho Animation. Any further information about the task and cast has not been revealed. The last teaser trailer received from the creators was two months ago.

Now that a release date has been set, we expect all the unannounced data to be filled in soon. You can visit the official Jujutsu Kaisen Twitter page or website to stay updated. Alternativey, you can also check back in to our website to get more details.