There she goes again! 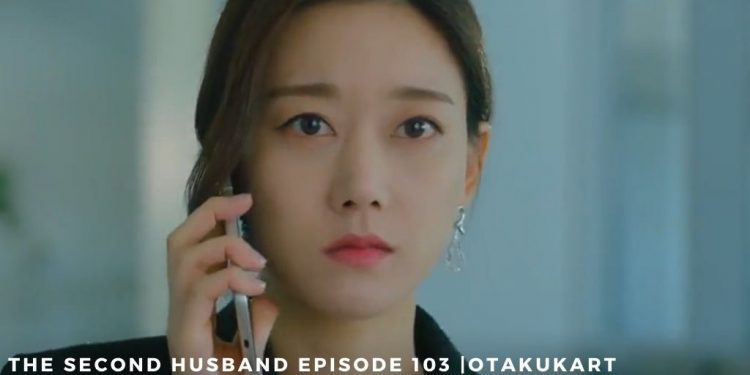 Episode 103 of The Second Husband is just a few days away! Fans are more than ready to see Seon Hwa in action again! Besides having such a great female lead, The Second Husband is filled with crappy characters that like to cheat or are up to no good. Some characters like that are Sang Hyuk, Jae Kyung, Jae Kyung’s mom Park Haeng Sil, and Soo Chul. Sang Hyuk has been cheating on his partners from day one. At the beginning of the k-series, he started cheating on Seon Hwa with Jae Kyung, and when he and Jae Kyung got married, he started seeing Seon Hwa again. Sang Hyuk is so foolish that he doesn’t realize that Seon Hwa is just using him to get her revenge. Moreover, scheming has been Jae Kyung’s second nature. She has been running Seon Hwa’s scheme ever since she and Seon Hwa had met.

This time she plotted to take Seon Hwa’s place in an infomercial commercial for the Daekook Confectionary. Sang Mi told her mum that Jae Kyung kept insisting not to cast Seon Hwa and won at the end. Jae Kyung’s supposed birth mother is no less mischievous than Jae Kyung herself. She started living in Jae Kyng’s room in Yoon Dae Guk’s house and even forcefully tried to kiss the chairman. She is really very petty! Just being reminded of all of these characters makes the audience pity Seon Hwa and her loved ones for all of the things they have to go through for these characters. See how Seon Hwa, Jae Min, Hae Ran, Seo Jun, and Bok Soon make these characters pay for all of their evils and check out the release date, streaming detail, and predictions for The Second Husband Episode 103.

The Second Husband Episode 103 will be an amazing watch! Fans have been excitedly waiting to see what happens next in the kdrama. From the preview of the upcoming episode, it looks like Sang Hyuk and Jae Min aren’t the only ones that have fallen in love with our lovely female lead Bong Seon Hwa. Her long-time friend Seo Jun also seems to have grown a liking for her. In the preview, he could be seen jealously looking at Seon Hwa and Jae Min having a fun time and asking Jae Min in his mind that why Seon Hwa had to be the one that he had to fall in love with.

However, some fans think that they might misunderstand things here. Maybe Seo Jun was thinking so because he found out that Seon Hwa is Hae Ran’s daughter, making her and Jae Min brothers and sisters (little does he know, Jae Min is adopted). Plus, it looks like Jae Kyung might be on to Seon Hwa and Hae Ran. She seems to have gotten a clue that either one of them or both of them have discovered that Seon Hwa is Bit Na. Her doubt will be confirmed when Seon Hwa walks into the shareholders’ meeting as the new CEO of J Capital. Let the chaos ensue!

The Second Husband Episode 103 will be released on January 11, this Tuesday. The Second Husband airs new episodes Mon-Fri at 7:15 PM KST on the kdrama’s networking channel MBC. Due to its immense popularity, MBC had decided to extend the total number of episodes of The Second Husband. And don’t think it got increased by one or two episodes. It literally increased to fifty more episodes than it originally was. This has probably cemented the fact that The Second Husband is one of the best daily dramas ever!

Where To Watch The Second Husband Episode 103?

The Korean audience of The Second Husband can watch episode 103 straight on their TV screens by switching on MBC. Furthermore, the international audience of the kdrama can watch the episodes either on Rakuten Viki or Kocowa. Just keep in mind that to watch the episodes you would need to subscribe first. Also, the release time of the 103rd episode of The Second Husband is 3:45 PM in India, 10:15 AM in the UK, and 8:45 PM in Australia.