All midzys are gearing up for Episode 2 of ITZY Cozy House! ITZY is one of the leading figures of the 4th-generation of K-pop and has been breaking records ever since they debuted. They were to be the next girl group for JYP Entertainment after TWICE, so the hype was big! And we are glad to say that the members of ITZY – Yeji, Lia, Ryujin, Chaeryeong, and Yuna lived up to everyone’s exception as their debut sing Dalla Dalla is one of the most iconic debuts ever! Each member of the group adds a different spice to the music as well as the overall discography of ITZY.

Along with being k-pop idols, their part-time job is entertaining their fans with their hilarious jokes and fun antics. Even though their personalities are very different from each other, the members of ITZY never fail to bring laughter to the room when they are together. As per fans’ requests, ITZY is back with another variety show called ‘ITZY Cozy House’. In this, the members of ITZY transform into guesthouse owners in the Jeju islands. They will be hosting as well as creating new and fond memories with their guests.

The first episode was great, so Episode 2 of ITZY Cozy House will surely be awesome. Keep reading to find out the release date as well as what the members will be doing in the next episode!

ITZY will have a very busy day of preparing for the arrival of their guests in the second episode of ‘ITZY Cozy House’. The members were given clues as to who might be their guests the next day. It was a five-membered group in which all the members were turning twenty years old. They asked for a warm place to sleep and a place to jogging trail for one of the people in the friends’ group. Their million-dollar clue was that they needed a place to film their choreography video. The members of ITZY instantly got reminded of Newnion, a dance crew from the Street Dance Girls Fighter, and they were not wrong!

They joked about having a dance-off with the guests in their free time. Ryujin commented that their dancing prodigy Chaeryoung would be representing them if they did it. The maknae Yuna chimed in on the fun and said that they could play a game of Mafia with them. The members liked the idea since they could not play the game as there were fewer members. They could also have a feast with their guests with food cooked by the members! We cannot wait to watch the fun-filled Episode 2 of ITZY’s new variety show!

The members are quite looking forward to serving their guests. From the looks of it, Ryujin and Lia will be taking up the job of cooking meals for the guests. Meanwhile, the leader Yeji and the two youngest members of the group, Yuna and Chaeryoung, will be helping out with cleaning and extra-curricular activities such as assisting the guests. Also, they will also be helping out in the kitchen as per the instructions of Ryujin and Lia. With fun and good music and ITZY, nothing could go wrong!

ITZY Cozy House Episode 2 release date is May 11, this Wednesday. ITZY Cozy House releases new episodes every Wednesday at 7 PM KST. The show will be bustling with popular celebrities as ITZY go on and about, serving them as honorable guesthouse owners. Look forward to exciting new memories with ITZY and their guests!

You could easily watch ITZY’s new variety show on Youtube on M2’s channel. The episodes will be aired at 3:30 PM in India and 6:00 AM in the United States and the United Kingdom. Make sure to not miss out on the episodes and keep supporting ITZY as they work hard to become great hosts! 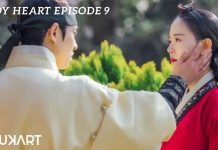 Who is Lee Tae’s Real Enemy in Bloody Heart Episode 9? 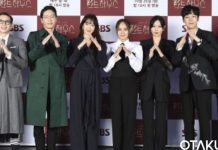 How to Watch Penthouse Korean Drama? All About the Hit 2020 Drama 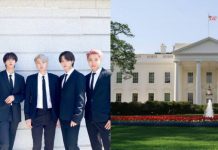