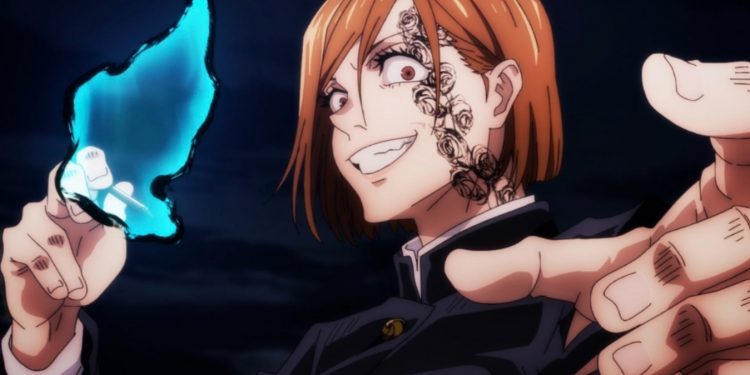 Jujutsu Kaisen began as a story about sorcerers fighting curses. The concept remains the same, but the story has taken a darker, more cruel path. Anyone who has been keeping up with the manga knows the twists that Gege Akutami has been pulling up. The long-awaited Shibuya Arc was definitely a masterpiece in many ways, but it was also one that was hardest to go through. We saw several fan-favorite characters perish. Once the manga had gone down this path of darkness, there was no coming back, and ever since, things have become quite unpredictable. Out of all, one of the characters fans were surprised to see almost dead during the battle was Nobara Kugisaki. Is Nobara Kugisaki dead? Seeing her unconscious after a fatal battle has fans bound in confusion and horror, wondering if the manga really killed off an important character.

Gege Akutami has never failed to show us his bold sense in writing. He killed off his own protagonist within the first arcs of the manga and another character (yes, I’m talking about Junpei), within the next few chapters. While I admit that I hate seeing them die, these are the events that help us see reality. Curses are evil beings and dangerous. Fighting curses is no matter of ease, and death is a very obvious consequence of being involved with them. However, no matter how much I read between the lines, getting over the very idea of our favorite characters dying is not easy.

Is Nobara Kugisaki really dead? The mystery has been killing fans internally.

It is completely crazy how Nobara Kugisaki’s status is one of the biggest cliffhangers of the story so far. We have had multiple vague addresses to the story. Gege Akutami has been very adamant about keeping the status of the character very secretive. During the Shibuya Arc, Nobara comes across Mahito, and like any other Kugisaki fight sequence, this becomes another fan-favorite moment as the young sorceress gives the deadly curse a hard time. Nobara’s straw doll technique, as already seen during her battle against the cursed wombs, is one to vary of. Mahito could have never imagined how much damage Nobara could do until he faced off against her.

Mahito has to literally run away from her to live, and that’s exactly one of the main reasons we love Nobara. However, towards the end of chapter 124, she lets her guard down for a moment. She had made sure not to get touched by Mahito the whole time until Mahito created his duplicate, and she was trying to find a way to defeat him. In this split second, Mahito ends up touching her eye. Itadori rushes towards her while the curse escapes.

The next chapter is followed by Nobara’s flashbacks. In chapter 125, she is seen stabbing her own eye, as she would rather do that than get transformed. As she does so, she tells Itadori to tell everyone that it “wasn’t so bad”.

While Nobara lay unconscious, people had hopes that she might have made it. It wasn’t until 20 chapters later that the character was re-addressed. In a conversation between Itadori and Megumi, the former asks about Itadori, and Megumi responds with silence. Itadori’s immediate reaction is one of agony. However, “silence” is too vague of a response to actually conclude that Nobara has died. Things seemed a little clear when Gege Akutami confirmed that Nobara had, as a matter of fact, died back in chapter 125. He even added that there were no hospitals available in Shibuya when the said event happened. But everything became more blurry when her status was announced as “unspecified”.

The only derivable conclusion from these sequences of events is that Nobara had truly died during her fight against Mahito. However, she might have somehow come back to life. That is not entirely impossible, as we saw the same happen with Yuji during his fight against Yuta. Yuta killed Yuji but even brought him back using the reverse cursed technique. It could be possible that she is currently being treated by Shoko and is currently in a very critical condition.

Nobara Kugisaki has not been addressed since chapter 141. However, we hope that she is alive and makes a comeback soon.

Where to read Jujutsu Kaisen manga?

Jujutsu Kaisen manga is available for reading on Viz Media and Shueisha’s Manga Plus app.