Comedia Nick Cannon has dated several women throughout the years. However, he was married only once. 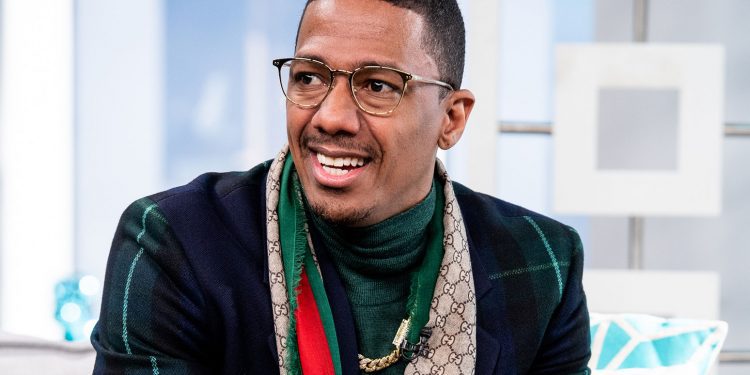 Nick Cannon’s relationship has always remained in the speculations of the people and media, considering his not-so-simplified dating life and cheating rumors. So, is Nick Cannon Cheating? Well, there is no exact evidence of Nick Cannon cheating throughout the years. However, several instances give hints about his cheating. The most recent one was in June 2021. He already was in a relationship with Abby De La Rosa when another woman, Alyssa Scott, gave birth to his child.

Also, Scott’s birth coincides with Abby’s birth to twins in June. Well, it does not end there. One of his exes, Christina, also spoke out in 2019 that how she caught Nick cheating with her. Nick addressed those allegations that it was his intention to get caught and was not mature during that time. He only had one wife, Mariah Carey, with whom he got divorced in 2014. There were also rumors going around that he, too, cheated on his ex-wife.

Nick Cannon is rumored to have cheated with Abby. His relationship with DJ Abby De La Rosa and model Alyssa Scott is one hell of a complicated one. It is still unclear regarding his official relationship or if he dated both of them at the same time. People came to know about their interesting relationship when both the women gave birth during the same month. Abby gave birth to twins on June 14, 2021. Meanwhile, Alyssa gave birth to a baby boy on June 23, 2021. However, the baby died recently in December 2021. Until now, there is no proper explanation for their relationship. It pretty much amounts to that Nick was cheating.

Nick Cannon’s Ex, Christina, Spoke How She Caught Him Cheating

Nick Cannon’s ex, Christina, spoke during an interview in September 2019 about how she caught her ex-boyfriend cheating. The actress said that she did some spying works on Nick’s phone after hacking into it. Then, she found several incriminating messages on his phone. Later on, she found herself reading the messages that arrived on his phone. Furthermore, she got stuck in Romania at that time. So, she also had the time to read everything. Christina explained that she had to wait for some time as she wanted to make sure that everything was real and gather more information.

The actress also added how she had to wait for a month to confront Nick as she could not deal with the thought of breaking up with him and not seeing him again. Millian stated that she wanted to be able to see him in person and go over it. Christina herself accepted that doing so would not change anything. But part of her was like; he was her first love. She could not believe that it was all taking place right under her roof. It just kind of blew her away.

The Comedian Addresses His Cheating Allegation with Ex, Christina

The Comedian, Nick, addressed Christina’s cheating allegations just a few days after her interview in September. He said on Power 106 radio show that he did not think he did anything wrong. Nick stated that he was not cheating as he got to be in a relationship for cheating. He also expressed that if he was careless enough to get himself to get caught, then that means he wanted to get caught. Furthermore, he said that he will always speak for himself as a man, and he was at an age at that time wherein he couldn’t care less.

Did Nick Cannon Cheat on His Ex-Wife, Mariah Carey?

Nick Cannon got divorced from his ex-wife, Mariah Carey, in 2014. After that, Mariah released a song in 2015 in which the lyrics contain somewhat about cheating. Then, rumors begin to surround them that she was talking about Nick in her song. It is not known if the rumors were true or not. But, Nick did say once that the song is not about him during an interview. Carey also wrote in her book that she and Nick could have worked out their marriage if there were not many emotions and egos between them.