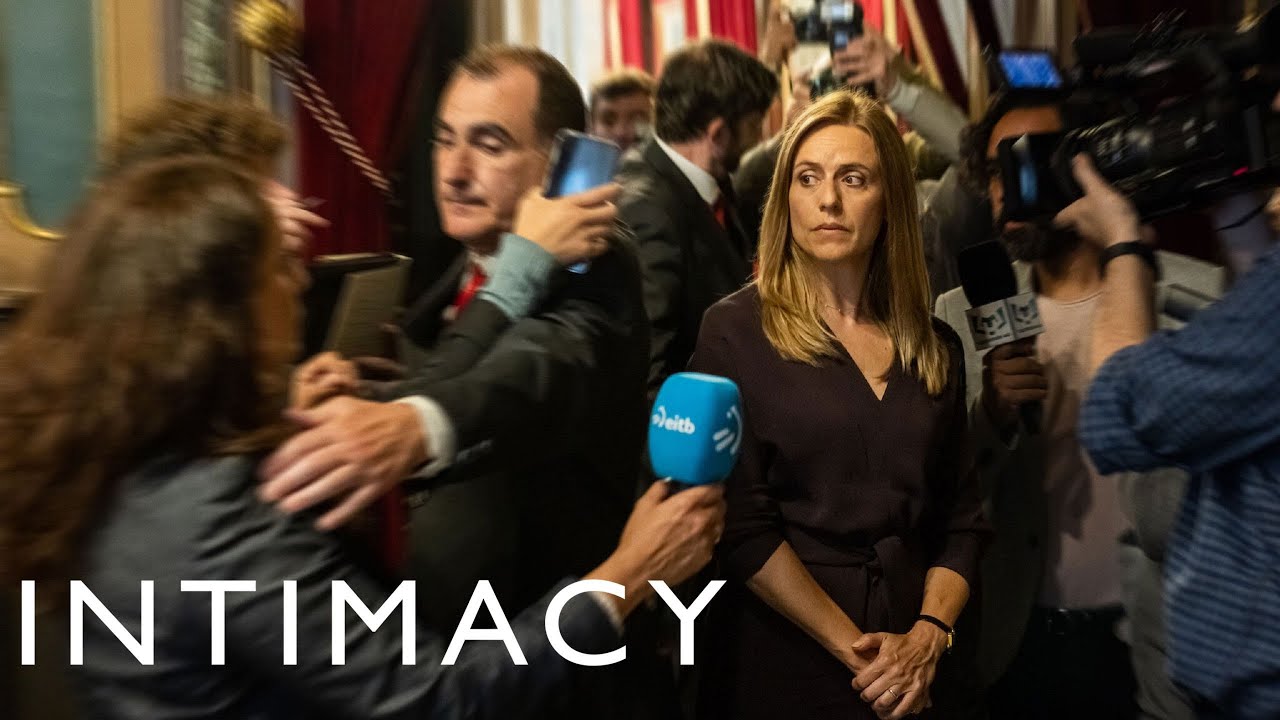 Intimacy Episode 8 starts with all of the drama we’ve seen so far, culminating in this last episode. Intimacy Ending is what we will discuss. Malen sits at the police headquarters with Alicia, giving her a complete story and officially submitting a complaint about the sex video that was leaked a few weeks ago. This, of course, set in motion a series of bad occurrences that have continued throughout the season. Alfredo is warned by Malen that things are about to get heated. He’s considerably nicer this time, unlike previously in the season, prompting Malen to mock him about his new attitude.

Cesar and a second person who is genuinely responsible for leaking this video are mentioned as possible suspects in the release of this information. Maren gathers a board meeting at the mayor’s office, pleading with her colleagues to vote for her as their nominee. She informs the group that she has done nothing to disqualify herself from running. Unfortunately, the sex tape has left them with a bad taste in their mouths, and they’re all turning toward Gorka, a political competitor. Malen abuses them emotionally and walks away.

Juan Mari discusses the approaching trial with Bego. A statement of remorse has been filed by Jon Aldaola’s lawyer. In other words, he won’t get the maximum penalty, but he will still be charged. This man was Ane’s ex, and Malen’s dad, who continues to support her, warns Bego to pick her battles wisely. Bego, wandering about the factory and tossing that bunch of flowers down during their clapping for Ane, clearly hasn’t made any friends this season.

One of the manufacturing worker’s wives approaches Bego at the grocery store as a result of all of this. Bego, on the other hand, does not strike out or become enraged; instead, she kills her with mercy. Bego gently informs the woman that she has lost Ana and that nothing will ever be able to replace her. 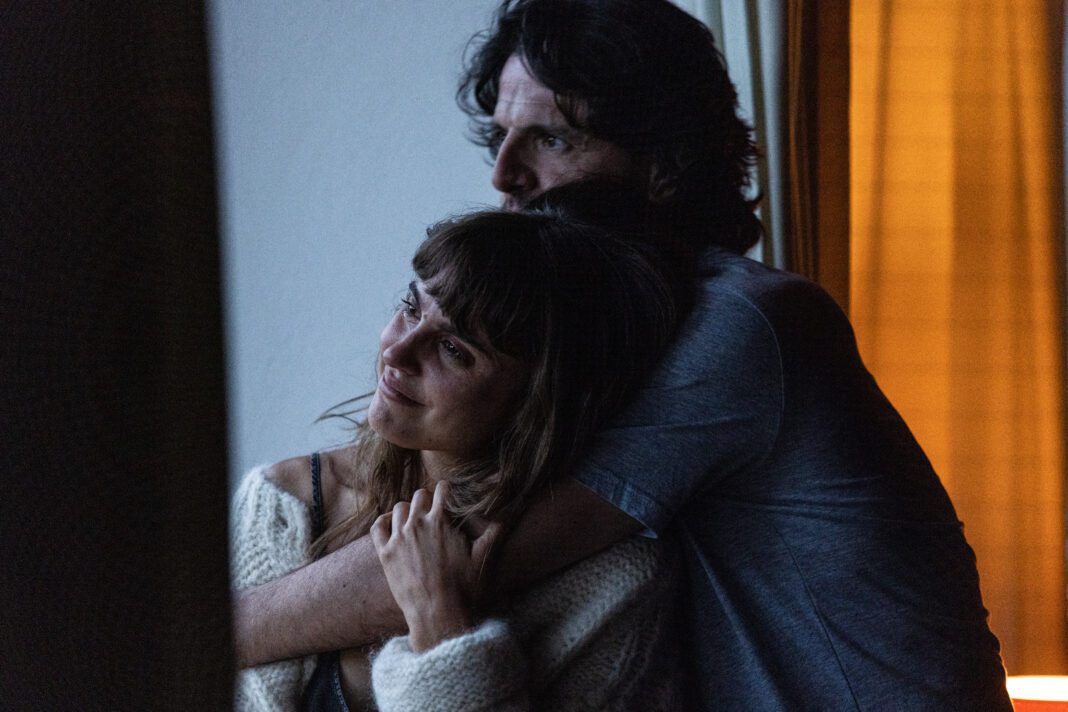 Who Leaked The Video?

Alicia, on the other hand, returns to the scene and handcuffs Andoni Segurola, accusing him of leaking the Video of Maren. Cesar’s wife realized that her man had a second phone with only one number on it, which she had discovered. And that  Andoni’s number. Andoni & Cesar were both in on it, and her leaving the phone off at the police headquarters allowed this to be pieced together. It’s a surprising method to resolve a question that has hung over this series for eight episodes, but there you have it. When questioned, Andoni casually discloses that the encounter on the beach was filmed by a partner in Cesar’s former production firm.

He’s not ashamed of it either, knowing he has done his job in showing Maren’s lack of trustworthiness. He stayed silent about it because he was afraid of being criticized as a white man. Alicia, on the other hand, is smart. Cesar’s injuries have been identified, and she realizes this isn’t a simple accident. In other words, she is aware that Andoni was the perpetrator of his attack. When Malen learns of the outcome, she apologizes for putting Alicia through so much. A large number of protestors greet Malen as she walks out of the station, celebrating her efforts to stand up for what is right. It’s a very lovely scene, especially since everyone (even Bego) is cheering her on. 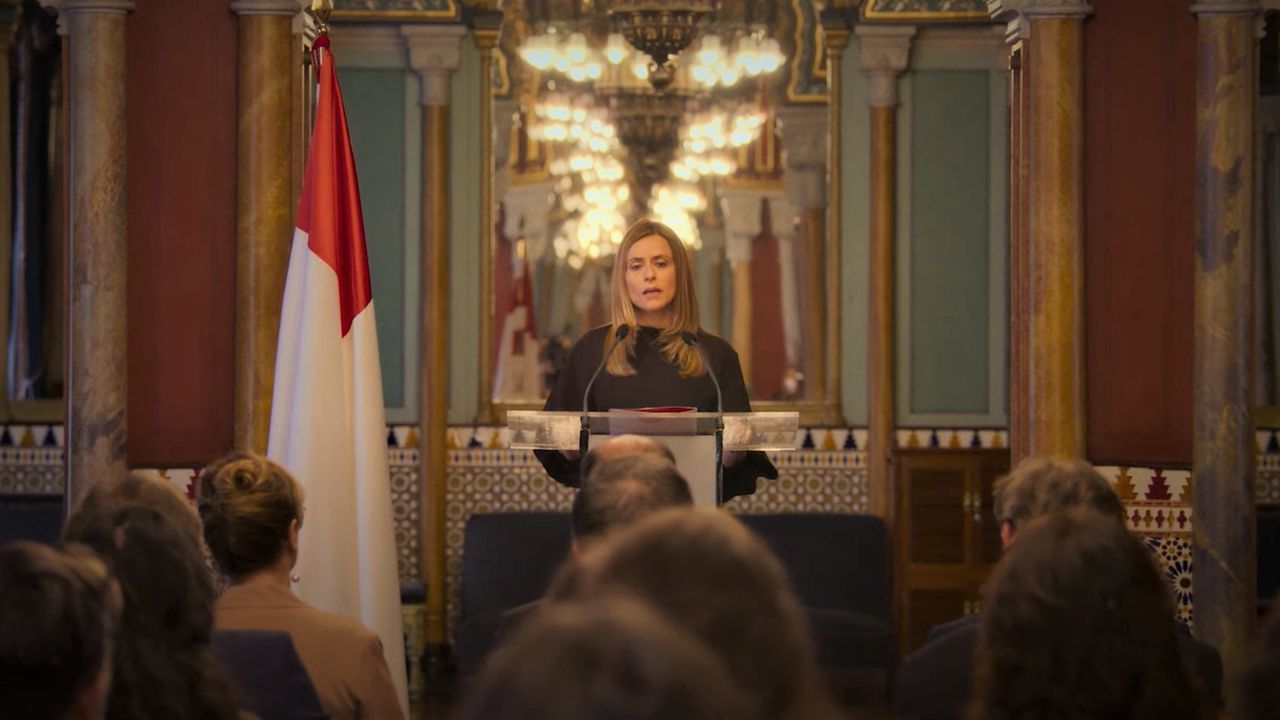 After that, Alfredo sits down with Malen at home and apologizes for his behavior throughout the season. He claims to have done “everything a guy is supposed to,” but in actuality, all he wanted was to be around her at home as a family. He’s concluded that he’s not cut out to be a businessman or politician, so he’ll stay at home and look after her. Following this, Malen’s political party calls her to apologize for how they handled her issue previously. After all, they need her to be their candidate and have thrown their support behind her. Gorka has quit after they recognized he isn’t a good match.

Malen, on the other hand, refuses to listen to them, viewing this as a desperate attempt to reclaim her now that they are without a candidate. Miren approaches Malen outdoors and confesses that she, too, has been a victim of sexual assault. Given the sexist subtext and how men are regarded significantly more positively in situations like this, the way the party addressed it was less than ideal. Despite this, she reminds Miren that she is not what people deserve but what they require, in relation to the party, giving her something to think about.

Bego begins to recover from what happened to Ane, while Alicia returns with her partner to retrieve more eggs, and the two continue to live happily together in the future. Malen & Alfredo reconcile as well, even assisting Leire with rehabilitation following her abuse. Malen eventually decides to run for election, but looking at her own campaign poster, the scars of the past are difficult to ignore.