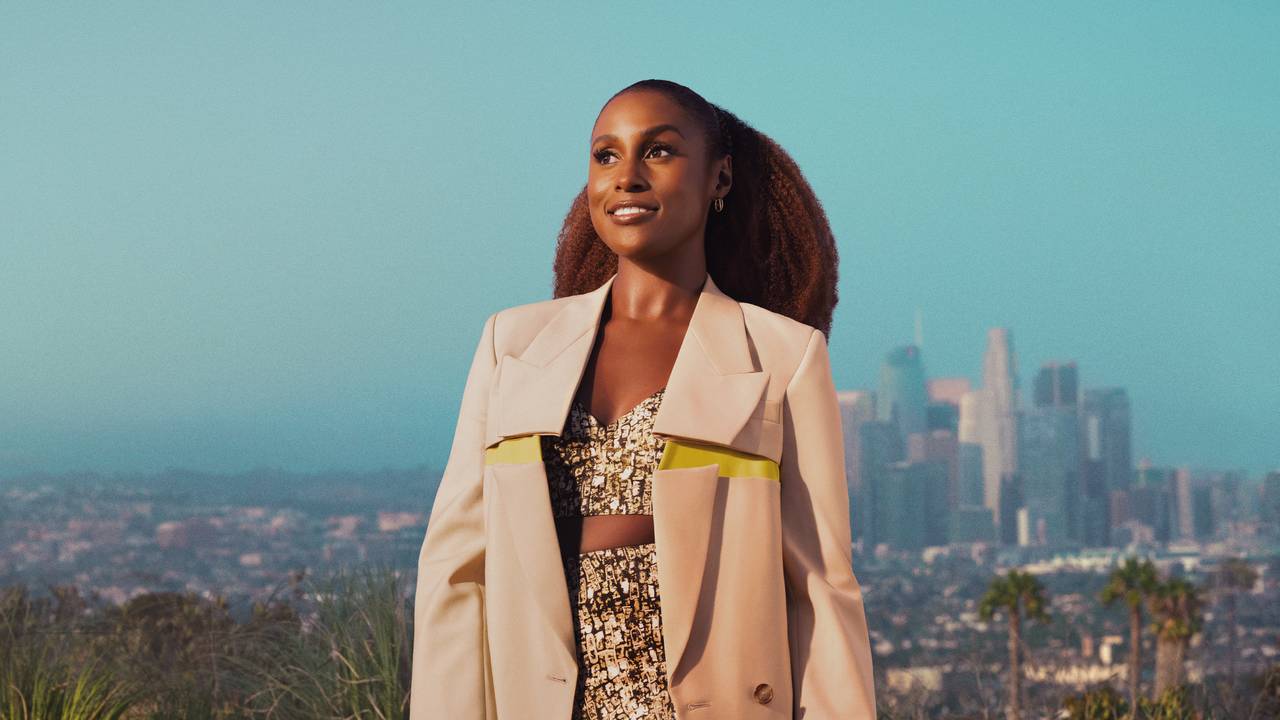 A still from 'Insecure'

Ever since Insecure season 5 came out, fans have been wondering and speculating about Insecure season 6. Fans of HBO Max’s comedy show Insecure have felt comforted by the relatable character Issa Dee is. She is humorous and faces love woes we all can relate to for the past five years! Issa Dee is a wonderful representation of a black woman and her achievements.

Season 5 of Insecure was declared to be its final season, but with the show’s popularity, fans are expecting more! Issa Rae, the creator of the show, was asked if the fans will be happy and thrilled with the series getting over, and she said they would not be, but the ending to the show is written by her, and she thinks it’s for the best.

However, the show has high and wonderful reviews for recent seasons and has been doing very well. Does this mean there will be another season? When will this season be released, and what will happen in Insecure Season 6? Let’s dive into the details!

What Is Insecure About?

The masterminds behind the show are Issa Rae and Larry Wilmore. Insecure focuses on the awkward moments between best friends Issa and Molly. They are modern-day African-American women. The series premiered on September 23, 2016. It aired on HBO Now and HBO Go. From managing jobs and relationships, Issa and Molly ride through their late twenties living in Los Angeles, California. Both of them have their own difficulties and problems personally but have a deep friendship. The show highlights the African-American community. 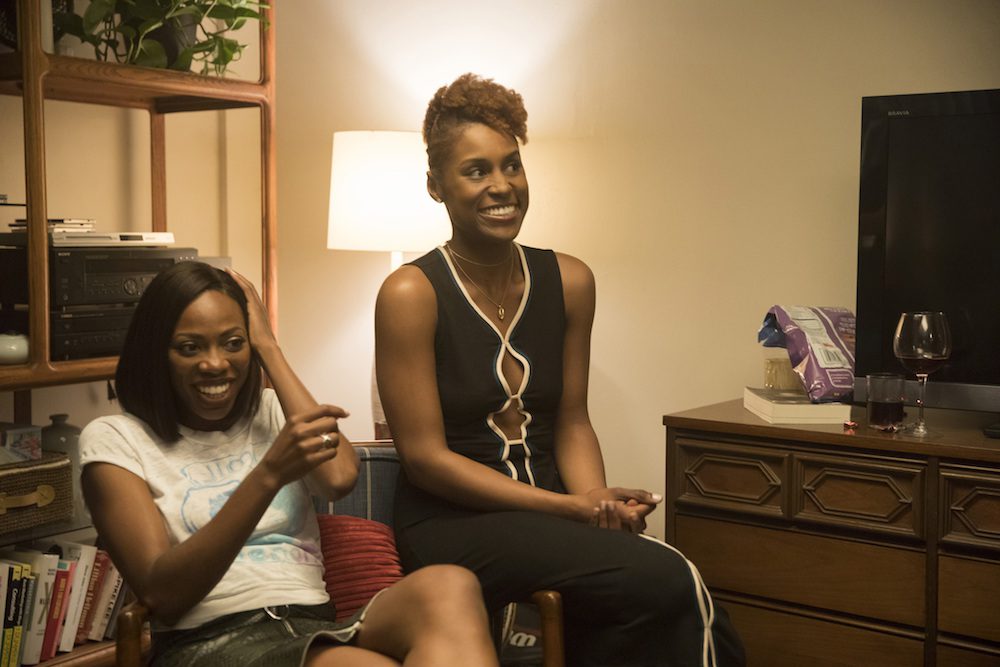 Issa works in a non-profit group that is called ‘We Got Y’all’. The group helps middle-school-aged students of color. Lawrence and Issa’s relationship has been struggling since Lawrence’s start-up firm failed. She tries to reignite the flame in their relationship. On the other hand, the second character Molly is a successful corporate attorney. She has trouble dating men despite being so successful. The series further delves into social and ethnic concerns that affect black people in today’s world.

The fans have been following Issa, her friends, relationships, and jobs for five seasons and years. In Insecure season 5, we see Issa trying to mend her connection and friendship with Molly. She finds her stride in work and also exits a relationship she thought would last forever. Issa gets into a new relationship, too, all while navigating a slew of barriers.

Issa has come a long way from the awkward and uncomfortable girl the fans saw and met in the first few seasons. There is some awkwardness left, but she definitely has made some progress. She has been eager to establish a future for herself, and she has all the tools she needs for it. Issa’s friends like Molly, Tiffany, and Kelli are seen facing their own challenges in this season. Tiffany is seen suffering from postpartum depression, and Molly is taking care of her family after her mother went through a stroke. 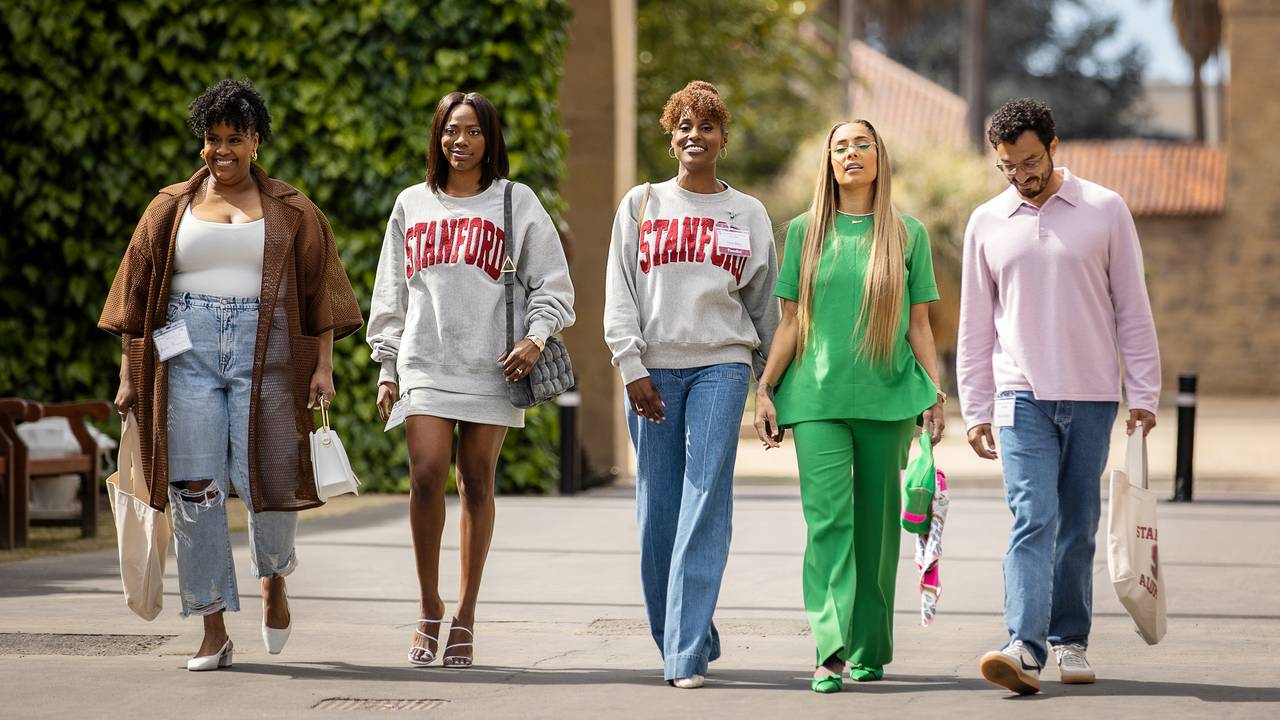 Issa’s romantic situation, on the other hand, has gotten even weirder and crazier this season. She had to deal with Lawrence having an affair with Condola and her getting pregnant. Then, Condola decides to keep the baby. Issa, at first, believed she could manage it, but she quickly realized she couldn’t. Despite her best efforts, Issa broke up with him in episode one of season five and began a relationship with Nathan Campbell. For a long time, there was an agreeable silence between Issa and Lawrence. However, in the ninth episode, there is a love triangle between Issa, Lawrence, and Nathan.

Also Read: Who Is Amanda Seales Dating? About The Insecure Star’s Personal Life

Lawrence expresses his affection for Issa, but he has no idea Nathan has eavesdropped on their chat. After a heated argument, Nathan labels his and Issa’s relationship as toxic. This forces Issa to choose who she wants to be with. After thinking a lot and witnessing all of her friends’ relationships blossom and develop, Issa decides to give a second chance to Lawrence. 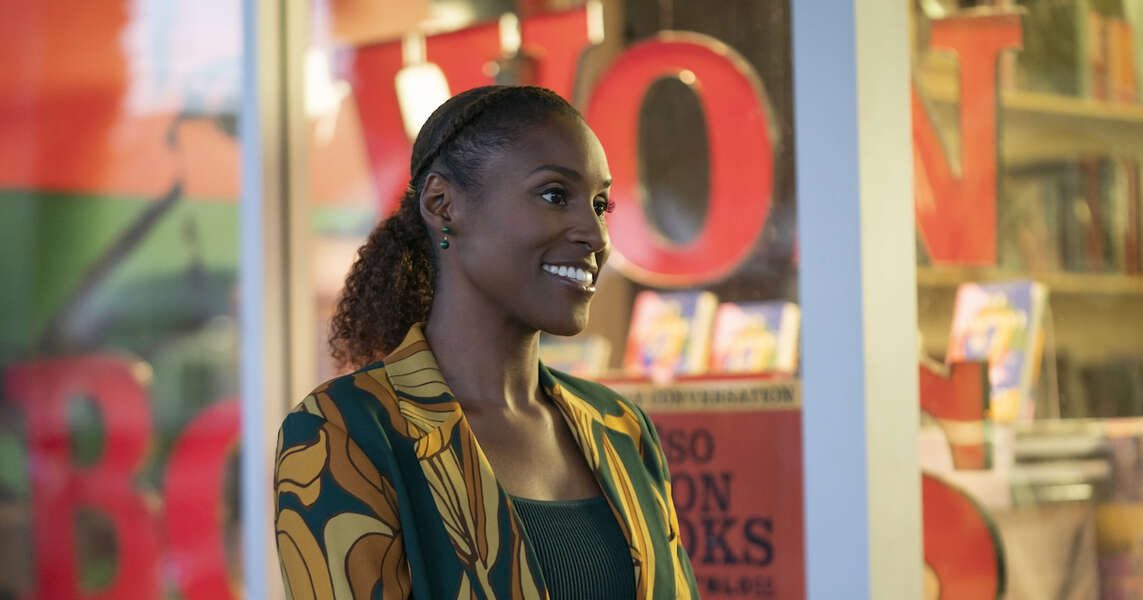 Issa Rae from the show

Molly gets married, Kelli and Tiffany both get pregnant, and everyone is living their ‘happily-ever-after’ life. Molly and Issa are seen joking with each other, which demonstrates their friendship to have been mended and rekindled.

When And Will There Be Insecure Season 6?

For the fans of Insecure, there is a piece of bad news. There will be no Insecure season 6. The show was always intended to end after five series. In order for the plot to come to a logical end and conclusion, Issa Rae, the creator of the show, said only five seasons are adequate. According to her, the show would not have aired even five seasons if it weren’t for the support they got from the fans.

Despite its popularity, Insecure season 6 is not necessary to come out as season 5 looked to tie up all of the loose ends. Most of season 1’s characters had a happy conclusion, from them getting married and having kids to some celebrating life. To stream the episodes of Insecure, you need to have a subscription to either HBO or HBO Max. The show is only available in English for now.

The Cast Of Insecure

Issa Rae is a 36-year-old actor, writer, and producer from the United States. Before she co-wrote and starred in Insecure, she gained popularity through her work in the web sitcom called ‘Awkward Black Girl.’ Issa has received numerous award nominations, including the Golden Globe and Primetime Emmy nominations. In the series Insecure, she plays the role of an awkward black woman called Issa Dee. She plays the role of the main character in this show.

The role of Issa’s boyfriend is played by Jay Ellis. He is a 40-year-old American actor. In 2013, Ellis received and was seen playing a role in BET’s series The Game. In the series Insecure, his character’s name is Lawrence Walker. Lawrence is seen cheating on Issa with a girl. This girl is played by Christina Elmore, who is a 34-year-old American actress. She plays the role of Condola Hayes in Insecure. Elmore is famous for her role in the series The Last Ship. 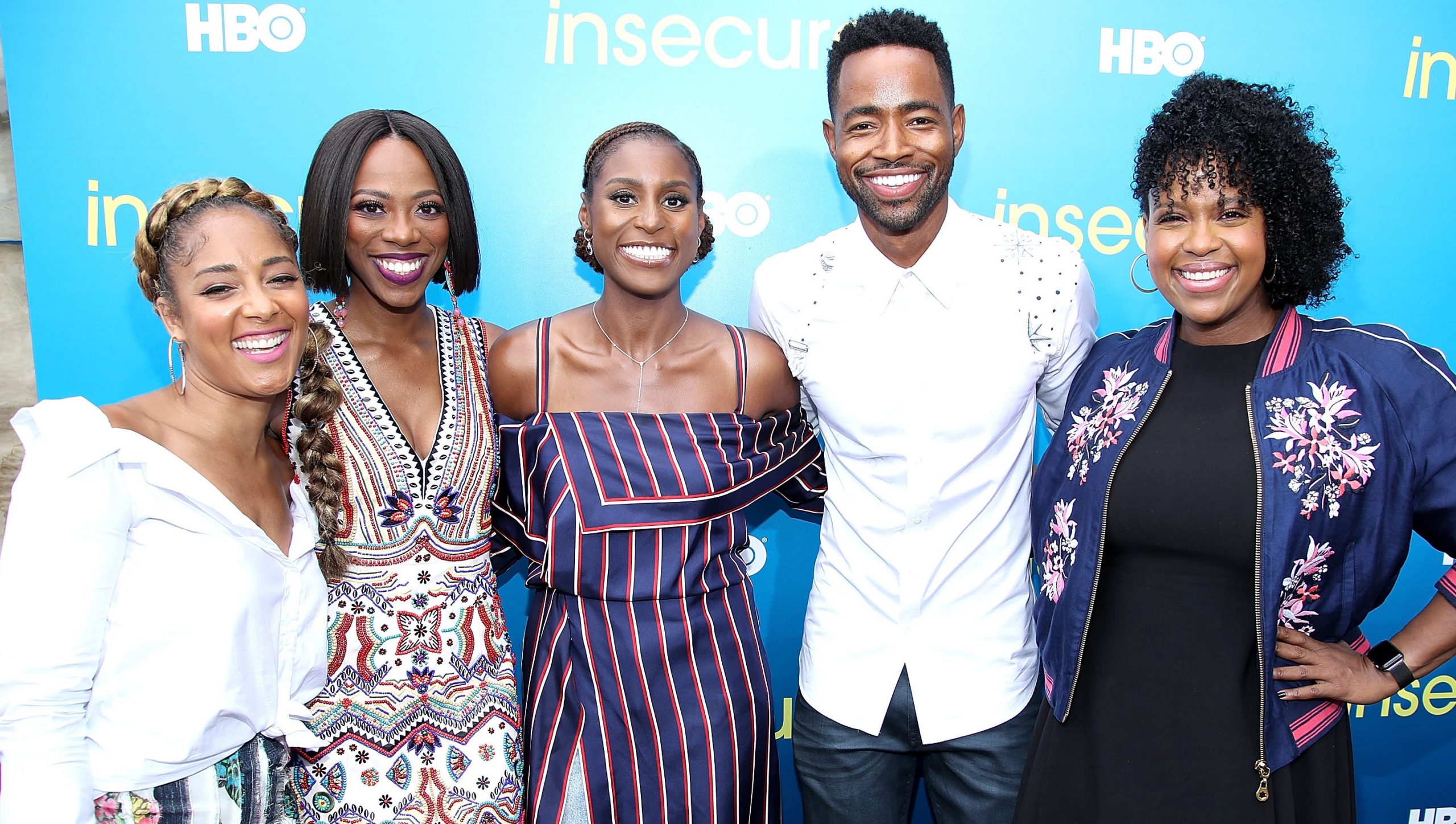 The cast of Insecure

Yvonne Orji plays the role of Issa’s best friend in the series. She is a Nigerian-American actress and comedian. There was a Disney+ series called First Gen which is based on Orji’s real-life story. The series is produced by Oprah Winfrey and David Oyelowo. Natasha Rothwell plays the character of Kelli Prenny in the series. She is a 41-year-old writer, actress, teacher, and comedian from the States.

Since the show is a comedy show, there are many comedians in the show as cast members. Amanda Seales is a 40-year-old actress and comedian who plays the role of Tiffany in this show. Her first stand-up comedy special was called “I Be Knowin,” and it was released in 2019 on HBO.

What Did The Fans Say About Insecure Season Finale?

Issa Rae, who co-wrote the show with Larry Wilmore, was seen praised by fans for the show’s success. It debuted on YouTube as “The Misadventures Of Awkward Black Girl” and went on to become one of the most popular shows on HBO. Other fans expressed their admiration for Molly and Issa’s friendship and strong bond.

One of the fans wrote on Twitter that she had tears in her eyes when Molly said thank you for being you and loving me while I was me to Issa. The fan wrote she cried because that is all everyone needs, for our loved ones to love us for who we are, even if we are not the best version of ourselves. Another fan wrote how she admired the fact that Molly and Issa never gave up on each other and continued to fix their friendship.

Ugh. I’m still on a high with how Molly and Issa worked through all of their friendship drama. They didn’t give up each other 🥺 #InsecureHBO

Molly’s character had a few hard periods during the show’s run. However, her storyline concluded on a good and positive note. One of the fans remarked her character development throughout the series to be the best thing. On the other hand, one of the fans pointed out how Issa’s growth was also high. The fan wrote Issa’s career development was one of the best plots she has witnessed on TV.

Insecure is very famous because it is very relatable, and that is also the reason why fans were expecting Insecure season 6. One of the fans wrote about the relatable storyline. The user remarked how she has always appreciated how realistic the show and its’ timeline seemed. Issa is 33 years old when she finally starts putting her life together. Everyone does not need to have everything figured out by the age of 25.