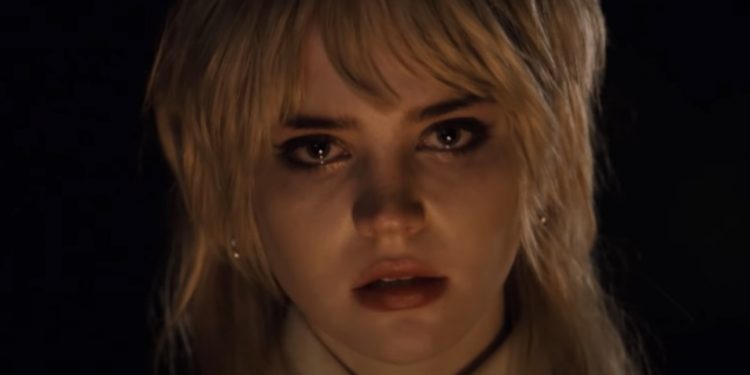 Supernatural thriller Yellowjackets Season 1 Episode 8 will continue to thrill us just as the next year begins! That’s right! Showtime’s never-ending postings of quality productions take us this time in this debut season to a group of female football players. And these girls have a really bad kick-off because they’re riding a plane that crashes in Ontario’s woods. And while they make it, the girls have to survive while they’re out on the sticks! Yikes!

And while they initially stick out for each other, when the frost kicks in, they start to cannibalize each other. And it gets really nasty. Years after their wanderings out in the Ontario woods concluded, an extortionist comes up to haunt them with echoing troubles from their past. And that’s just the beginning. Now without any further ado, let’s begin covering this topic here at Otakukart.

Yellowjackets Episode 8 will release on January 2, 2022, at 10:00 PM Eastern Time, the United States on Showtime. Firstly, every episode airs on Sundays. Secondly, this series debut season will have ten episodes. Thirdly, every episode will have one hour run time.

In 2021, Taissa appears to come to her senses in Episode 7, titled ‘No Compass.’ Later, she reunites with her friends, but their attempt to apprehend the kidnapper fails. Shauna returns home to find Jeff still gone but Adam standing outside. Despite her initial concerns about being discovered, they do have sex. Jessica informs Misty that Taissa hired her, and Travis’ death was a homicide. To protect herself and her friends, Nat ends her blossoming relationship with Kevyn.

Shauna tells Jackie she was pregnant in 1996, but she tries to keep the fact that Jeff is the father hidden at first. Jackie, on the other hand, reads Shauna’s diary and discovers the truth. Taissa is accompanied by Van, Misty, and a few others as she travels through the wilderness in pursuit of settlements or towns. One night, a pack of wolves attacks them, and Van appears to be killed.

Where to Watch Yellowjackets?

If you want to watch Yellowjackets, simply tune in to Showtime during the air times. Also, you can watch the program on the app and the Showtime website. Additionally, the show is available for Canada’s audience via Crave. Now, if you live in the United States, you can catch the show via Hulu + Live TV, Fubo TV, Spectrum, DirecTV, and YouTube TV.

We’ll probably find out whether Van is really dead in 1996 in Episode 8, titled ‘Flight of the Bumblebee.’ Laura Lee most likely believes she is capable of piloting the plane they have discovered and may decide to do so. Coach Scott will, as expected, object to this plan, but he will be ignored. During her baptism, however, Lottie has a vision of Laura Lee with burn marks. Lottie may believe Laura Lee will perish in a fire while flying the plane and attempt to stop her.

Taissa will ask her wife to leave with their son in 2021 as her condition worsens. Shauna might notice glitter on Jeff’s clothes and suspect him of being the blackmailer. Jeff’s involvement in the blackmail appears to be a distinct possibility, given that she was the only one of the four prominent survivors who did not receive a postcard. With this, we conclude our coverage of Yellowjackets here at Otakukart. Thanks for reading our article. And please keep coming back for more daily updates on all your favorite series, movies, and shows.

Also Read: Ella Purnell Boyfriend: Who is the Actress Dating?