In the Land of Leadale Episode 3: Will Cayna Revive A Merchant Kill By Ogres? 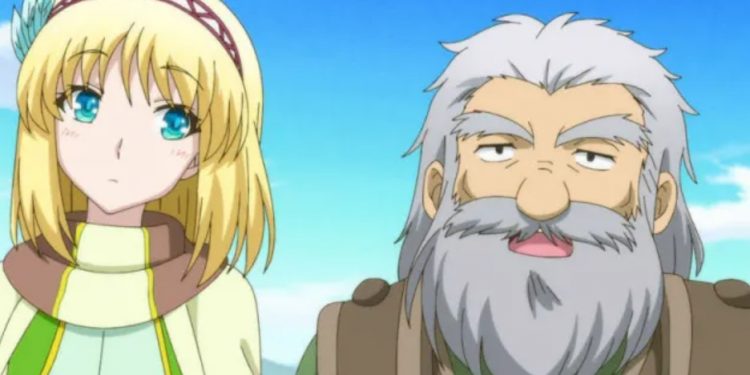 In the Land of Leadale Episode 3

In the Land-of-Leadale Episode, 3 reveals the arrival of Cayna in the fantasy world meeting with Guardian of the Silver Tower. Cayna wakes up in the same bed, and Lyt wonders why Cayna is in pain. She complains about headaches and believes it was a hangover; Cayna decided she would never drink alcohol again. They heard the citizens’ noise and headed to where the incident occurred. The Land-of-Leadale’s latest episode reveals the mystery behind the injured man found lying on the street. The Knights tried to wake Kanison, but he was not responding.

The night Cayna arrives in another world, she realizes that she has visited that place in the past. She talks with Lyt and Marielle about and learns about 200 years ago. Cayna realizes that some incidents are familiar and wonders how the kingdom has changed. But Marielle told her about the war that made two kingdoms fuse into a single kingdom. Cayna meets with new people and realizes that she has to get used to that. Lyt and Marielle helped her with everything she needed, and Cayna was glad since she had never received treatment like that.

Lyt helps Cayna explore the forest and the nearby villages, where she meets with Mai, Lotto, Skargo, and Kart. Cayna also visited the adventures’ guild and learned how they operate. But she was glad that her magic book always helped her learn the environment, and great sage assisted her. Her arrival in the fantasy world had helped her since she was injured from the accident a night before and got hospitalized. Later Canya confronts Guardian of the Silver Tower and learns why she has arrived in another world. She also leads about the quests she has to complete and shows Guardian of the Silver Tower her true strength.

Previously on In the Land-of-Leadale Episode 2

Cayna then went out with Lyt and met with Marielle and the others. She was surprised to see the citizens gathering and worrying about the guy on the floor. Cayna asks Marielle what happened, and Marielle reveals that a merchant traveling to the Royal capital was injured. Marielle closed Lyt’s eyes using her hand. She knew that Marielle would panic if she saw blood. Lotto reveals that the merchants were attacked by a horde of ogres in a nearby forest. But Kanison is beyond help since everyone believes that Kanison is dead. Cayna uses Skill Search and finds that Kanison was poisoned.

The doctor tried to help Kanison, but he thought Kenison’s body was not responding. Cayna told the knights to move and examine Kenison. The knight wonders if this blond girl can help a dying man and feels that nothing can happen. Cayna notices that Kanisoion has 42% of life and realizes that the poison was eating Kenison’s life slowly but surely. She sits near Kanison, releases Etra Skill: Double Spell, and uses it against Cayna.

The doctor and other knights were surprised and wondered where Cayna learned that The commander of the knights couldn’t believe that a lady could wield Double Spell. Cayna pierces Kanison’s wound with the Etra Skill: Double Spell and revives him. She took the poison on his body, and everyone wonders if God has sent the goddess. They were panicking believed that they would have to prepare for a funeral. Marielle knew that there was something special about Cayna. Cayna also uses Magic Skill: Pa Nil: Ready Set.

In the Land-of-Leadale Episode 3 Release Date

In the Land-of-Leadale Episode, three will be released on 19 January 2022. Cayna uses multiple spells Magic Spell: Dewl Level 9: Ready Set and combines it with Heal. Kanison’s wounds vanish after a countdown of three. The doctor couldn’t believe his eyes and wondered how the wounds vanish since when he heals people, he waits for some time for the wound to get healed. Kenison wakes up and wonders what has been happening since he saw heaven. Let’s look at In the Land-of-Leadale Episode 3 official details.

Tags: In the Land of Leadale
ShareTweetShareSharePinSend
Previous Post

Love of Kill Episode 2: The Assassin Encounters The Bounty Hunter