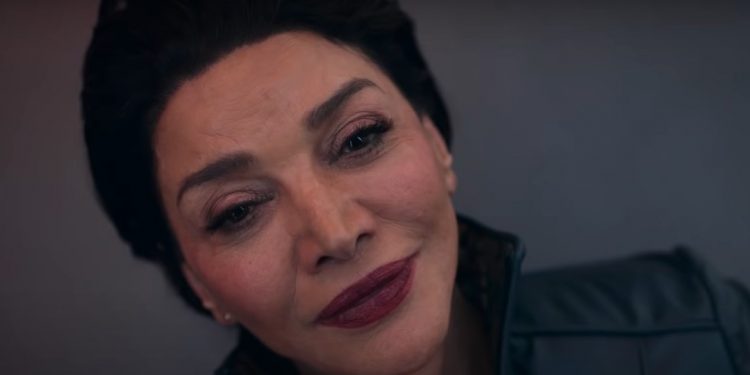 The final episode of this Amazon Prime Video series is here. And the conclusion to this exciting science-fiction series will leave you at the edge of your seat. The Expanse Season 6 Episode 6, “Babylon’s Ashes,” will drop soon on the Jeff Bezos-owned platform. And as we prepare to bid our farewells to this interplanetary adventure developed by Hawk Ostby and Mark Fergus, be sure to read our recap of the latest episode.

What will happen to Kara? Her relevance is now pivotal to the plotline, and this final chapter will tell us all. Also, what will become of the Free Navy’s struggle against their antagonist? It’s an all-out war in the final chapter, and we can expect a lot of action for sure. Well, we’re about to find out. Moreover, we will see if the Theory of The Ring holds water for expansion or not.

The Expanse Episode 5 of Season 6 opens with Cara back on Laconia. She takes Xan out into the woods, where the creatures miraculously restore his health. This time there are three of them, and they flee as soon as Cara approaches. Xan is still alive, but he’s not the same as before. “The dogs fixed you,” Cara exclaims, her arms encircling her brother. But something about him isn’t quite right. We’ll have to wait until episode 6 to find out!

Drummer’s rallying speech in the previous episode has certainly stoked the fires of war, and things appear to be heating up quickly. They would, at least, if Marco wasn’t so tactically astute. He’s strategically placed six railguns across the rings, which can easily take out an MCRN strike force. As Avasarala becomes aware of the situation, she mulls over how to proceed.

Given what happened with the Rings last time, nukes are out, and Gareth’s suggestion of abandoning Ceres is met with utter contempt by Avasarala. She is adamant about not letting them go hungry. Furthermore, this would only serve to bolster Marco’s case. For the time being, she’s left to ponder her options, but whatever she decides, it won’t be easy. When things get heated, Bobbie does her best to stick by Avasarala’s side, eventually giving her some tough love. She tells the Ambassador that now is not the time for “self-pity nonsense” but rather to fight back.

Meanwhile, the Roci gets a carbon silicate plating upgrade. Despite their links to Protomolecule research, Holden is concerned that the Rings – and whatever lurks within them – are becoming more enraged. Camina and her supplies are on their way to Ceres, interrupting Holden and Naomi’s conversation about it. Camina communicates with the UN, who are cold to her and want to search all of the ships before she enters. That is until Avasarala jumps on the feed and assures her crew of safe passage and assistance. In the aftermath, Naomi sends Camina a heartfelt message thanking her for her service in the war.

Holden Tells Avarasala His Theory; She Wants To Enlist Camina

Holden, on the other hand, goes to see Avasarala. He warns that traveling through the Lord of the Rings is dangerous and that some ships, including the Barkeith, have gone missing. Given the universe-wide threat, Holden also wants to share this with Inaros. If what’s inside gets out, it could put them all in danger. Avasarala, on the other hand, demonstrates the threat of the railguns as well as their current predicament. She’d like Holden’s assistance in gaining Camina’s support. In essence, she wants to enlist Camina’s and the Belters’ aid in the fight against Inaros. This also explains Avasarala’s warm reception of the Belter. Given her high regard – especially after the confrontational message from the previous episode – it’s an excellent idea.

Avasarala also recalls a scene from the first episode when she strung up a Belter to suffocate it. This was our first meeting with the Ambassador, and she’s quick to point out that the Belters’ perception of her needs to change. Michio, on the other hand, decides to stay with Josep and help him through the most difficult part of his rehabilitation. Camina will fight on, determined to bring the battle to Marco’s doorstep.

Camina is now considered a celebrity and is given special treatment on Ceres. She skips the line (much to Nico’s chagrin) and heads straight for her ship, where she will meet Naomi. Camina refuses to accept Naomi’s apology because she has lost all of her crew to the war in some way. Naomi opens up and reveals the truth about Avasarala’s plan, cutting through the pleasantries. When she learns that Camina has been asked to fight alongside the Inner, she is enraged and disgusted that Naomi is working against her. She refuses to see how things have changed since then. She still remembers Avasarala as the tormentor from the first season. Camina eventually admits, “This universe has no place for me.”

Rosenfeld’s Replays a Speech And Marco Has A Realization

Rosenfeld also replays Filip’s enraged speech from the previous episode in the canteen. Marco clearly sees a bit of himself and his own fire in the boy, and she remarks that it’s nice to see that kind of fire in him. There’s no doubt about Filip’s father’s identity! Filip, on the other hand, goes down to see Tadeo. He’s discovered what happened to his brother; the water tanks on Ceres Station exploded while he was on the docks. He’s no longer alive. Tadeo is upset, and Filip rushes into his cell to console him. As the episode comes to a close, Avasarala extends her hand and attempts to reach an agreement with Marco Inaros. Camina pauses briefly before taking her hand in hers, shaking as the battle lines are clearly drawn to eliminate Marco once and for all.

Where to Watch The Expanse?

If you want to watch “The Expanse” season 6, then the place to go is Amazon Prime Video. Firstly, the show is a Prime Video exclusive. And consequently, you won’t find it anywhere else on the internet streaming platforms. Luckily, Amazon Prime Video is a globally available platform at a very accessible price which gives you ad-free access to an ever-expanding catalog of series, movies, shows, and original productions of all genres, for all ages and for everybody.

The Expanse Season 6 Episode 6 will release on January 14, 2022, via Amazon Prime Video at 00:00 hrs Eastern Time, United States. Firstly, this is the sixth and final season of this series which comprises six episodes of one hour run time. Secondly, every new episode drops on Fridays. Thirdly, the final episode will be titled “Babylon’s Ashes” and was directed by Breck Eisner. With this, we conclude our coverage of The Expanse here at Otakukart. Thanks for reading our article, and please keep coming back to our website for more daily updates on all your favorite series, movies, and shows.

Also Read: The Expanse Game: When Does it Release? Trailer & Platforms 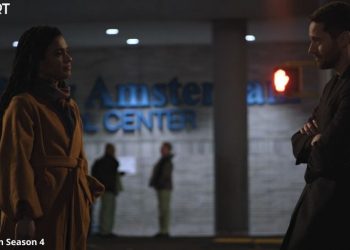