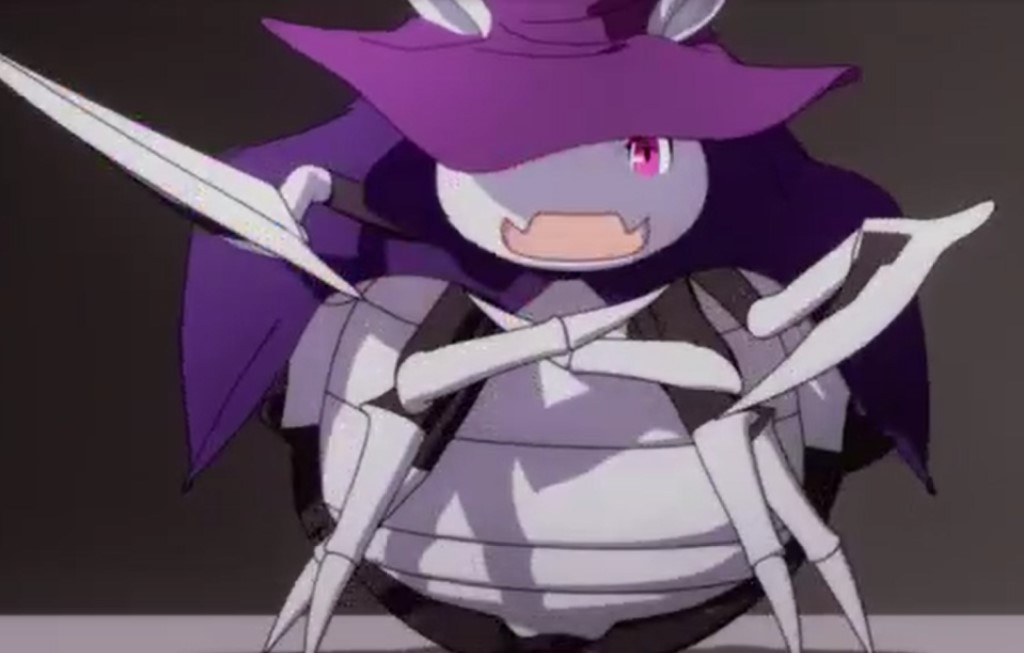 Shun and Fei recieved important news, and they head to the to find out what their surprise is. When reaching the hall, they find that it is Julius, the one who he considers as a true hero. Hyrince is also there, and he greets Shun. I’m a Spider, So What? is halfway to reach the final episode. This Anime is based on two worlds that have different realms. Wakaba is in another world alone. But other students are in a world that humans coexist with moners.

Julius told Shun to take care of Sue since he is going away, it will take him long to return. Shuna asks Julius where he is going, and he said to the Empire. Julius reveals that there some demons that have appeared in the Empire. Depending on what has happened, a war might break out soon. Shun told Julius to be more careful, and Hyrince said he would be there to protect Julius. He will be protecting him as his shield.

I’m a Spider, So What? Episode 10 will release on Friday, 12 March 2021, at 9:30 PM JST on  kumo-anime.com, and officially on Crunchyroll. Take a look at the update and preview of the next episode.

Previously on I’m a Spider, So What? Episode 9

Julius notice that Shun is walking with a dragon, and he asks about it. Shun reminds Julius that it is Fei. Julius is surprised that Fei has grown so quickly. Shun reveals that they were attacked by an earth dragon the other day, but Fei was the one who saved them. Julius thanks Fei for saving Shun and other students. He reminds Shun about the cloth that their mother sewed for them before passing away. 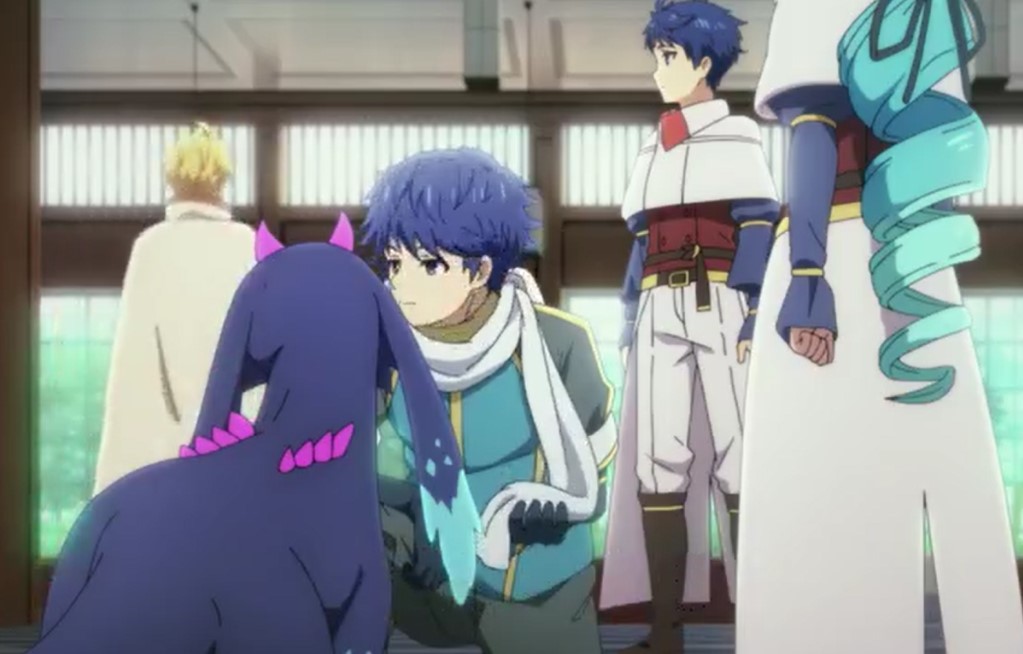 Julius reveals that his clothes are made from the silk of a spider monster called a Taratect. He explains that Taratect webs are created with skills, and no one has ever collected them in this era. Shun asks where they come from, and Hyrince reveals that the adventures managed to collect them 15 years ago. There were a few balls of silk left behind when a Taratect’s nest was burnt down. The adventure who collected them sold them at a good price.

Hyrince also reveals that there was a dragon egg retrieved from the dungeon. Shun wanted to ask more questions. But Hyrince told him they need to get going, and he is sorry for rushing a family reunion. When they were about to leave, Shun asks if it is necessary for them to fight with the demons. Julius replies that it will be best if they settle everything without fighting. But if they mess up with their peace, that is when the war will start.

Julius told Shun that his goal is a peaceful world where they can all be happy. He told Shun that he would visit him again before he dies. Meanwhile, in the other world, Wakaba is fighting with a dragon near the erupting volcano. She attacks the dragon with deadly spider venom bomb extra paralysis special. She then landed a Rot attack that started to make the dragon decay. The poison entered the dragon’s body and started to destroy the vital organs.

Waka attacks with a double combo that finished the dragon. She sits on top of the dragon and comments that Rot Attack was no joke. She is worried that the backlash has even cost her an arm. But she is glad that she has defeated one of the powerful dragons. Wakaba is impressed by her fighting skill and says she surprised the dragon. She gained a Heresy Magic; Phantasm LV6. Phantasm creates illusions and hallucinations.

Ruler of The Pride 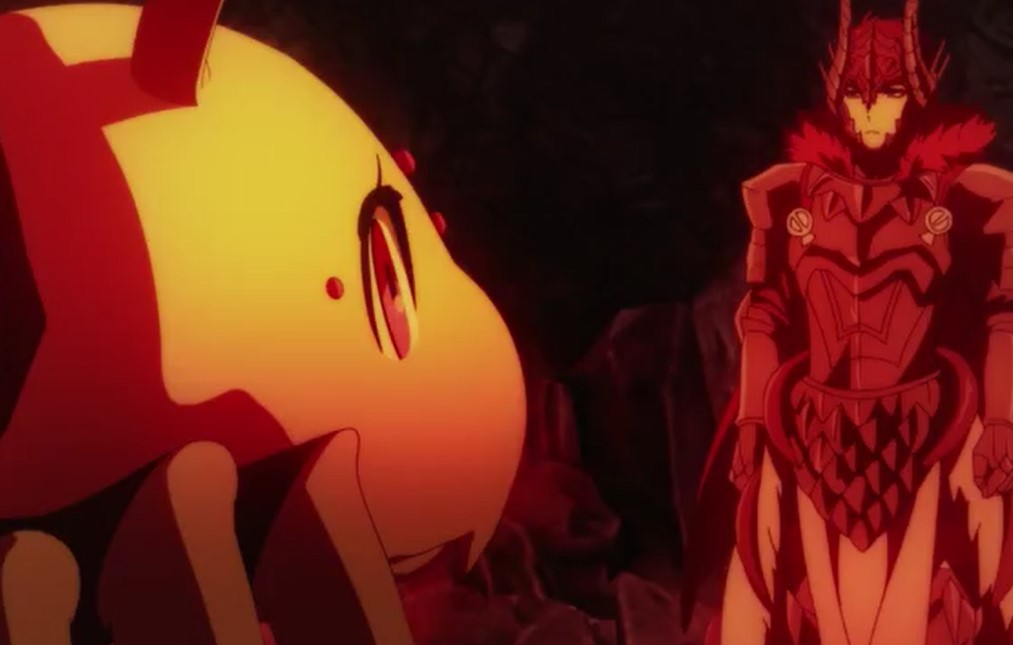 Waaka comments that it was the secret weapon that she has been waiting to use. She is glad that, at first, she wanted to escape, but she ended up deciding to fight for her life. Wakaba decided that she is going to live with pride since her home was burnt. She has now gained a new title after drafting different mysterious monsters.

Waka reveals that she is the ruler of the pride. While she is still praising herself, the dragon regenerate. Waka thinks that as the ruler of the pride, she must fight back. But she realizes that her HP has dropped to one. If the fire dragon attacks, she will be killed instantly. Waka realizes that she has an advance of reach in this battle. She decides that she will unleash her second secret weapon. Wakaba tries to unleash Magic Brain two, but it was not working in her favor.

She created an Absy magic level 1 and said it is the highest caliber of dark magic from which not even light can escape. Wakaba punishes the fire dragon using the Hell Gate. After defeating the fire dragon, a powerful half-dragon man appears, but he means no harm. He left Waka with a smart cellphone. In the otherworld, the demons had a meeting, and they are planning to start a war.

I’m a Spider, So What? Episode 10 Preview

Read I’m a Spider, So What?. The next episode will be caring on Friday, don’t miss it.