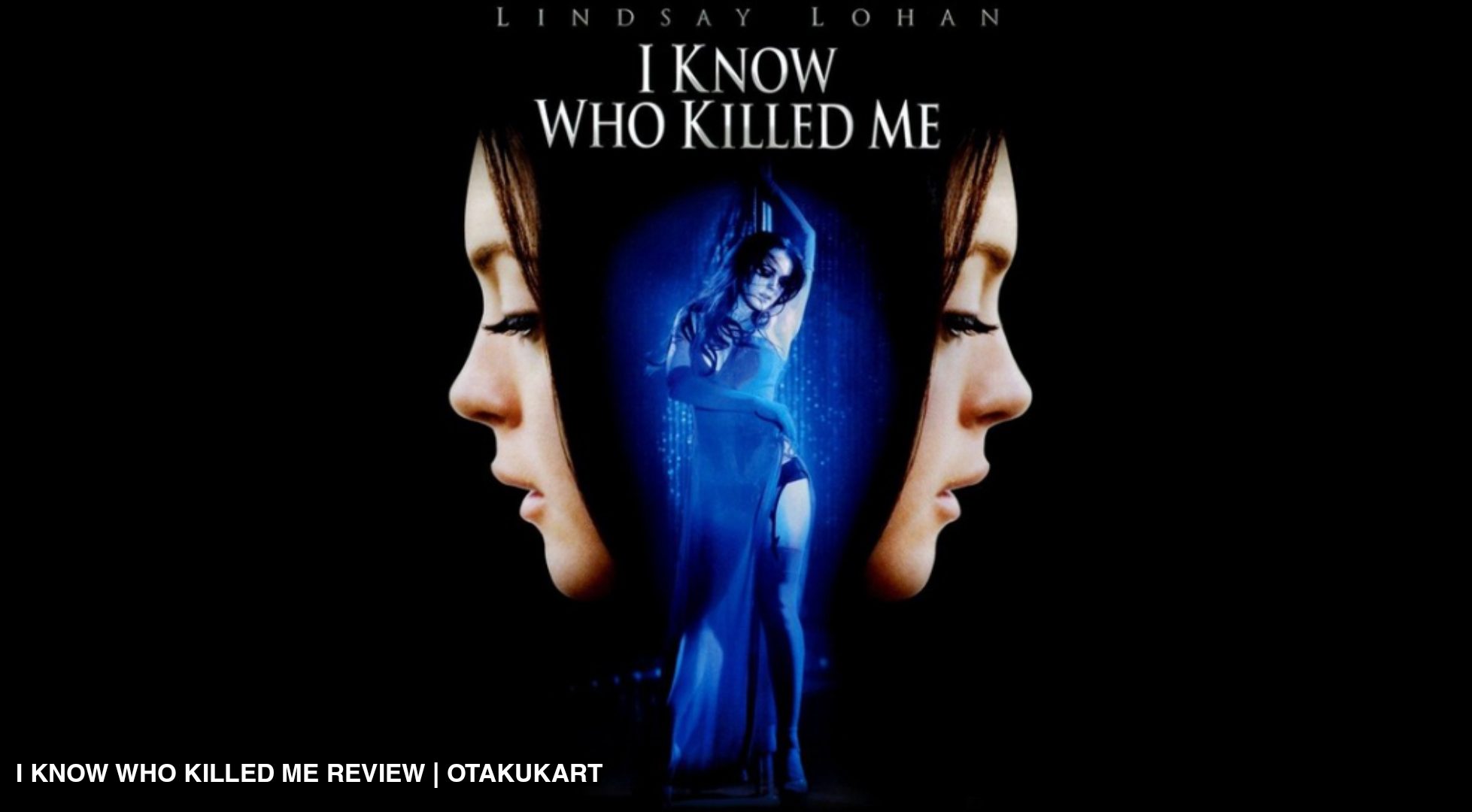 I Know Who Killed Me is a horror film that premiered in the year 2007. Even after so many years, this film didn’t fail to garner massive prominence around itself. And now people are highly interested to know more about the review of ‘I Know Who Killed Me’. Well, this explains the enthusiasm because the movie became pretty popular despite all the negative responses because many of them didn’t like the whole build-up of this story. As per the speculations, viewers believed that there wasn’t any kind of connection and soul in the movie’s proceedings. And many people wanted to make sure that they weren’t wasting their time.

On the other hand, many other viewers didn’t find this movie to be a bad choice. According to them, it had all the necessary items required to fulfill the wants of a horror geek! Even though this movie had some strange points, the spectators found it interesting. Moreover, Lindsay Lohan did a very fabulous job! Many viewers suggested exploring the concept rather than looking at the ambiguous parts. But that was something that made it upright visible for all the Lindsay fans because many things were left hanging, and none of them was addressed with a proper explanation. So, let’s take a look at the review of ‘I Know Who Killed Me.

Before we step on to the review of ‘I Know Who Killed Me,’ let’s take a brief look at its plot summary. Well, speaking of this movie, the whole concept surrounds the life of Aubrey Fleming. Her mysterious disappearance shocks the whole town as she’s nowhere to be found. On the other hand, things became even more difficult when the police officers couldn’t gather any information about her. Well, it is soon revealed that Aubrey is abducted. 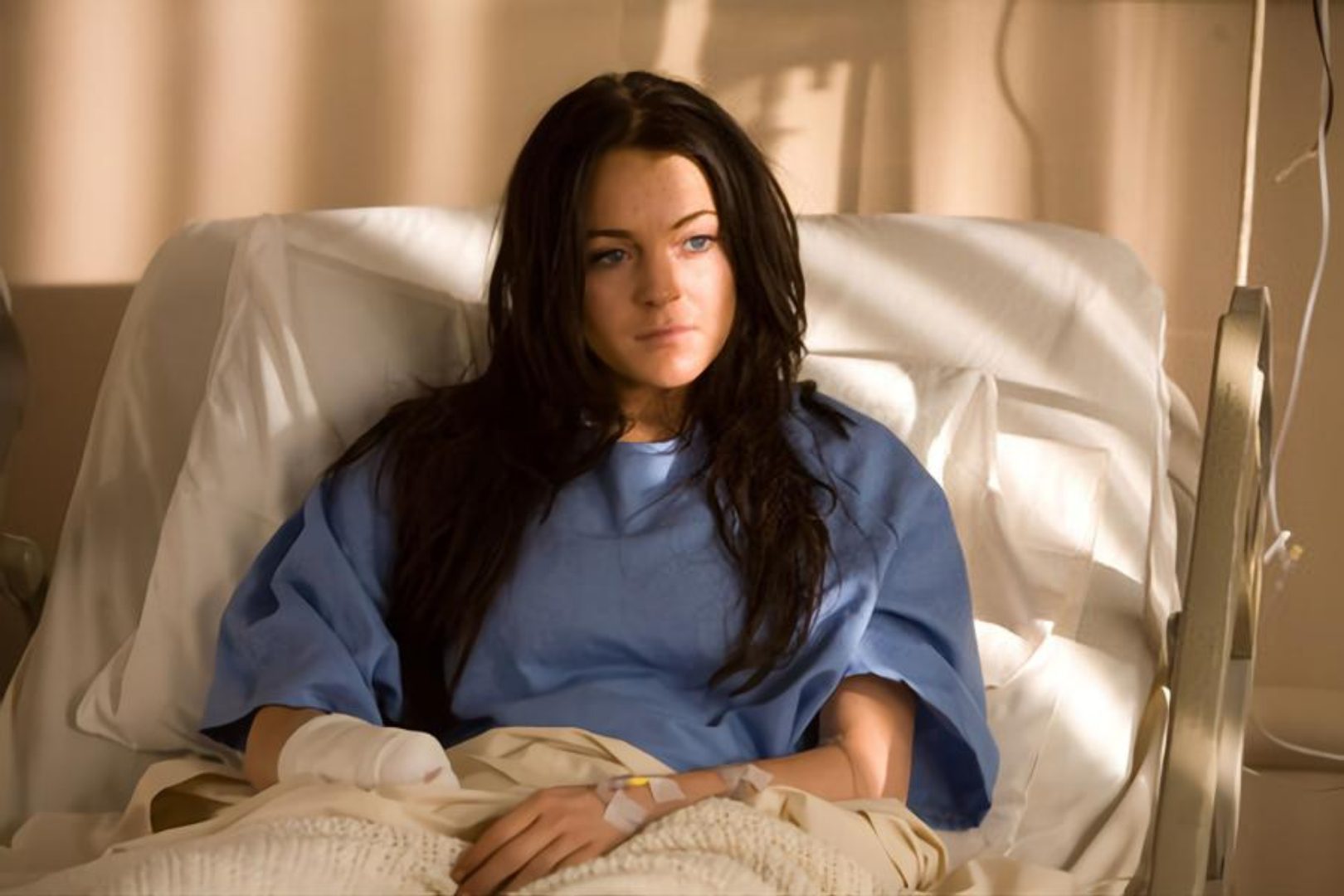 I Know Who Killed Me: Scenes of Lindsay Lohan as Dakota Moss from the movie

And she’s now a captive of a dangerous serial killer who likes to hurt young women. Moreover, as the day passes by, Aubrey is found walking on the road, and she is clearly in a bad state. But as soon as she wakes up in the hospital, she tries to inform everyone that she is Dakota Moss. Aubrey’s parents are confused, and the doctors claim that she is not mentally stable yet. But even after this diagnosis is made, Aubrey won’t stop talking about being Dakota. Well, things tend to become even crazier when the officers find a hidden file in Aubrey’s laptop.

Also Read: Rebel Without A Cause Ending Explained: What Is The James Dean Starrer Movie About?

Wherein she wrote about her alternative personality of Dakota. Soon, Dakota begins to understand her thoughts because she has been through the same. And even without any injury, Dakota felt a lot of pain. Now the truth is revealed! Dakota and Aubrey are identical twin sisters. Aubrey’s father adopted her from a lady and left Dakota behind. And this was done to make sure that Aubrey’s mother doesn’t find out about her unborn child’s death. But now, Dakota will have to find her sister before it’s too late! Will she manage to do this?

‘I Know Who Killed Me’ Ending Explained

Well, when it comes to the ending of this film, it is very confusing. The movie takes an unusual turn when Dakota sets out to find out more information about her estranged sister. And by now, Dakota is sure that the kidnapper has severely injured Aubrey. Or maybe she’s already dead? But to reach the core of the situation, she had to find out the serial killer first. And this was the main plot twist in this movie. And guess what? It is none other than Aubrey’s piano professor Douglas. 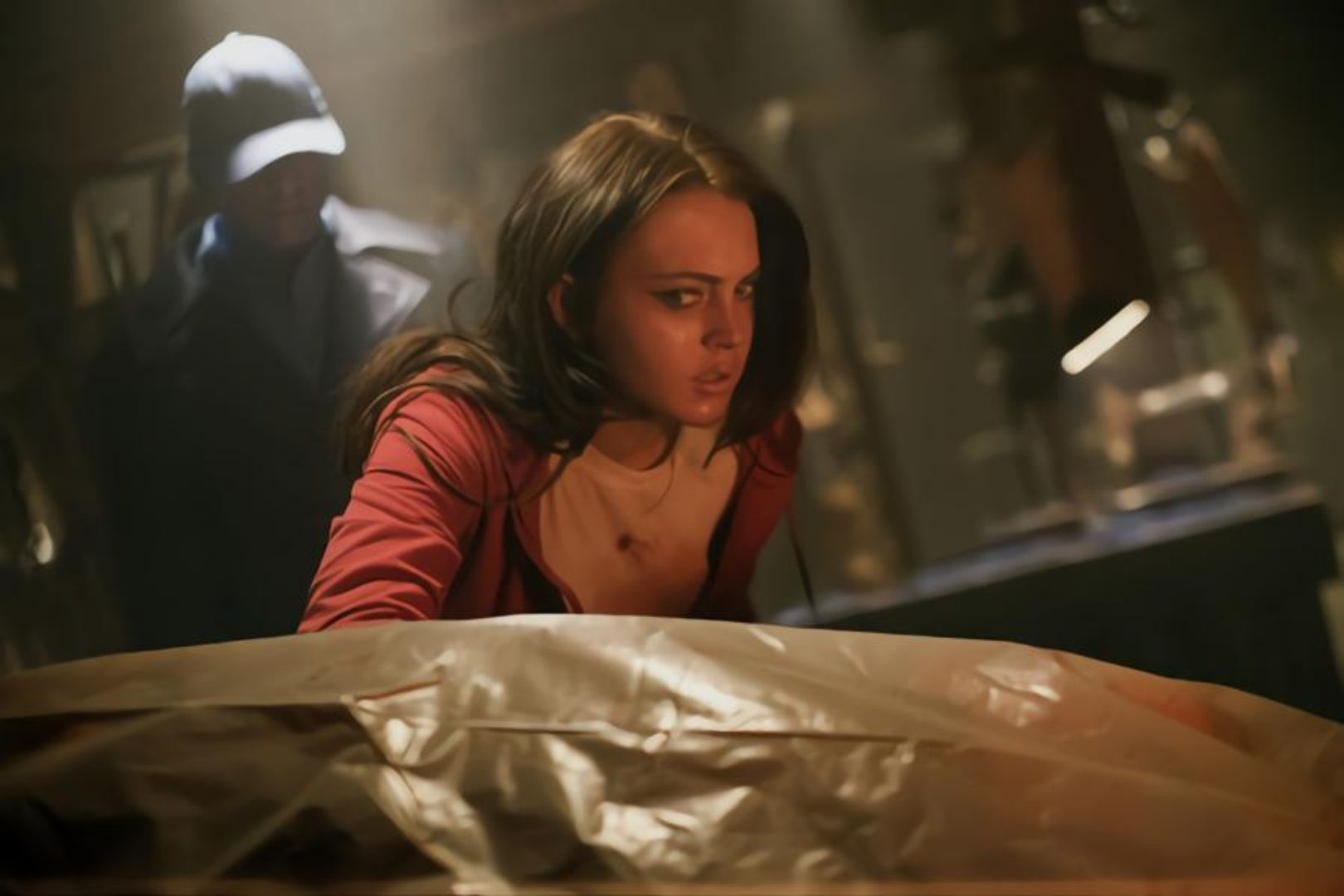 I Know Who Killed Me: Lindsay Lohan portrayed the role of two twin sisters Aubrey and Dakota

She wanted to focus more on her writing career, and he didn’t appreciate it at all, and now he wants her to pay. Well, Douglas has prepared a different location for himself, wherein he brutally murders his victims. The main reason behind Douglas’s mental condition is his idea of being a sadist. He likes to see young women in pain. And he had the same intentions for Aubrey as well. Throughout the whole search, Dakota is not feeling well. Since her throat is constantly heavy and she’s out of breath as well. Confused, Aubrey’s father and Dakota decide to explore all the corners of this house.

Also Read: Gemini Man Ending Explained: What Is The Netflix Movie About?

Since they’re dealing with a serial killer, Daniel and Dakota had to be very careful. Moreover, both of them went in through different entrances. And Douglas attacks her, as he thinks she is Aubrey. But Dakota injured him pretty badly. Soon, Dakota understood the reason behind her breathlessness. And guess what? Aubrey was in the coffin alive. Dakota had to get her out, but to do this, she had to kill Douglas. Towards the end of this film, Aubrey finally stabs her to death. Well, it’s good to see how the sisters share an emotional get-together at the end as Dakota saves her from the grave.

Speaking of the cast and characters of ‘I Know Who Killed Me. You’ll find many prominent characters in this film. And guess what? Lindsay Lohan portrayed the role of Aubrey and Dakota. Well, this isn’t the first time for Lindsay. She has been portraying such roles for a very long time. On the other hand, when it comes to her adopted parents, the role of Susan and Daniel Fleming is portrayed by popular actors Julia Ormond and Neal McDonough. They are the main characters in the movie, and it’s pretty strange to see how people didn’t appreciate Lindsay’s acting skills. 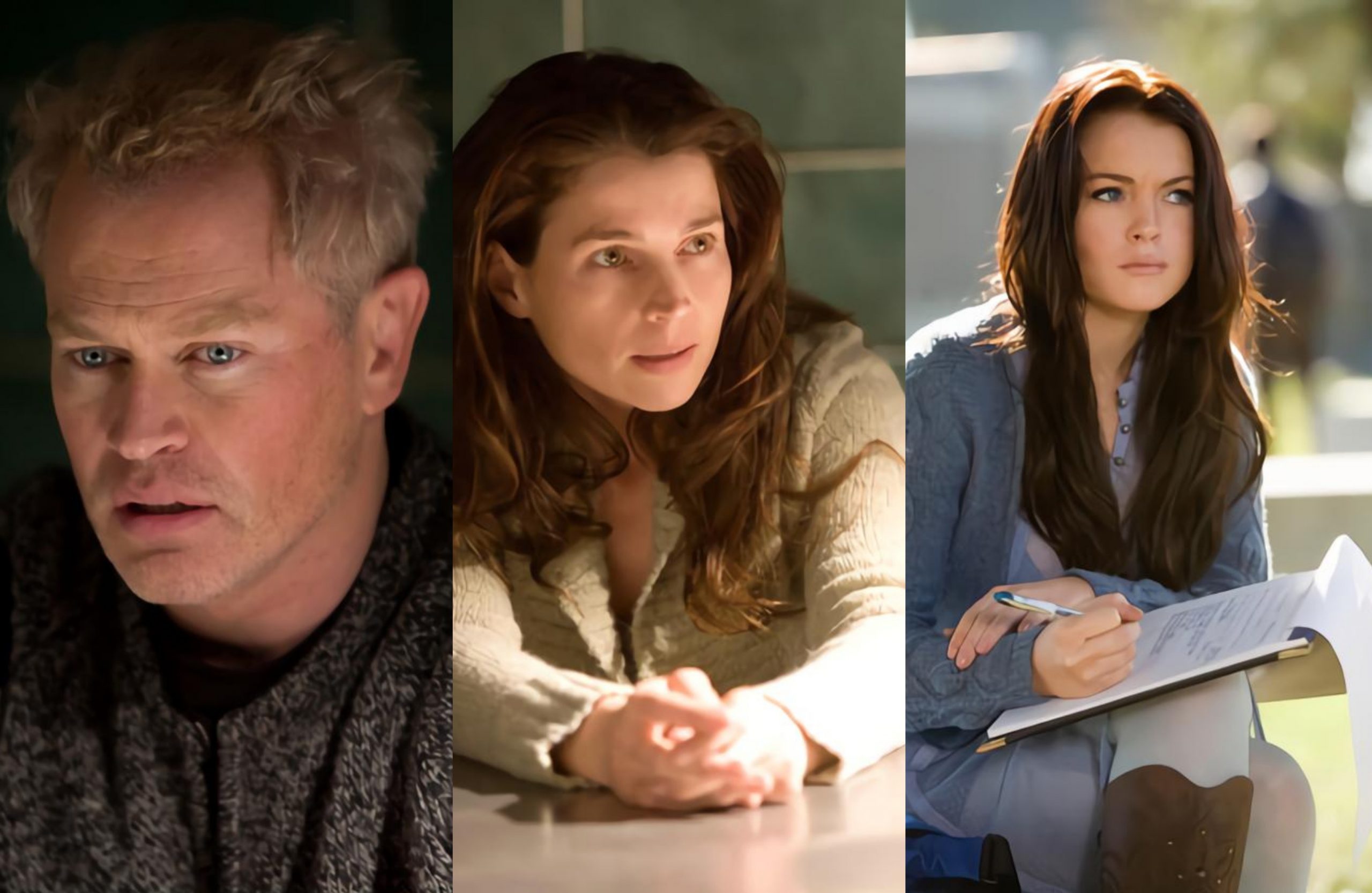 I Know Who Killed Me: Neal McDonough as Daniel Fleming, Julia Ormond as Susan Fleming and Lindsay Lohan as Aubrey Fleming

Apart from this, there are several other significant characters in this film as well. But they’re not as important as the lead actors in the movie. Since the whole movie surrounds the life of Aubrey and Dakota, so it’s kind of like the tale of two sisters who are connected by heart and soul. Moreover, many of the viewers didn’t try to contemplate the story’s plot. Since it received really bad reviews from the public, nevertheless, they also got awards for breaking those records.

Also Read: Is Harry Styles’s New Single ‘As It Was’ About Olivia Wilde?

Little did you know that this movie is known to be one of the worst films by Lindsay Lohan. Even today, Lindsay is pretty popular for her personal life. And guess what? She was a very popular actress. Her acting skills landed her into garnering great roles. And she attained this fame pretty easily. But because of her criminal scandals, she lost many prestigious projects. It seems like Lindsay was held responsible for drunk driving and drug possession. Lindsay was pretty irresponsible with herself, and she even caused a car crash in 2012. However, to drag herself out of this addiction, she spent more than three months in a rehabilitation center.

‘I Know Who Killed Me’ Review

The review of ‘I Know Who Killed Me’ is very honest and blunt because fans were not happy with this movie from the very beginning. Moreover, this film didn’t reveal any plot holes, and even towards the ending, your mind will be full of absurd and ambiguous thoughts. And guess what? Even today, this film is pretty famous for its incomplete storyline. But if you look closely, this story might’ve had a very strong impact with proper execution. The incoherent conclusion became a very outspoken topic since it didn’t satisfy many fans. 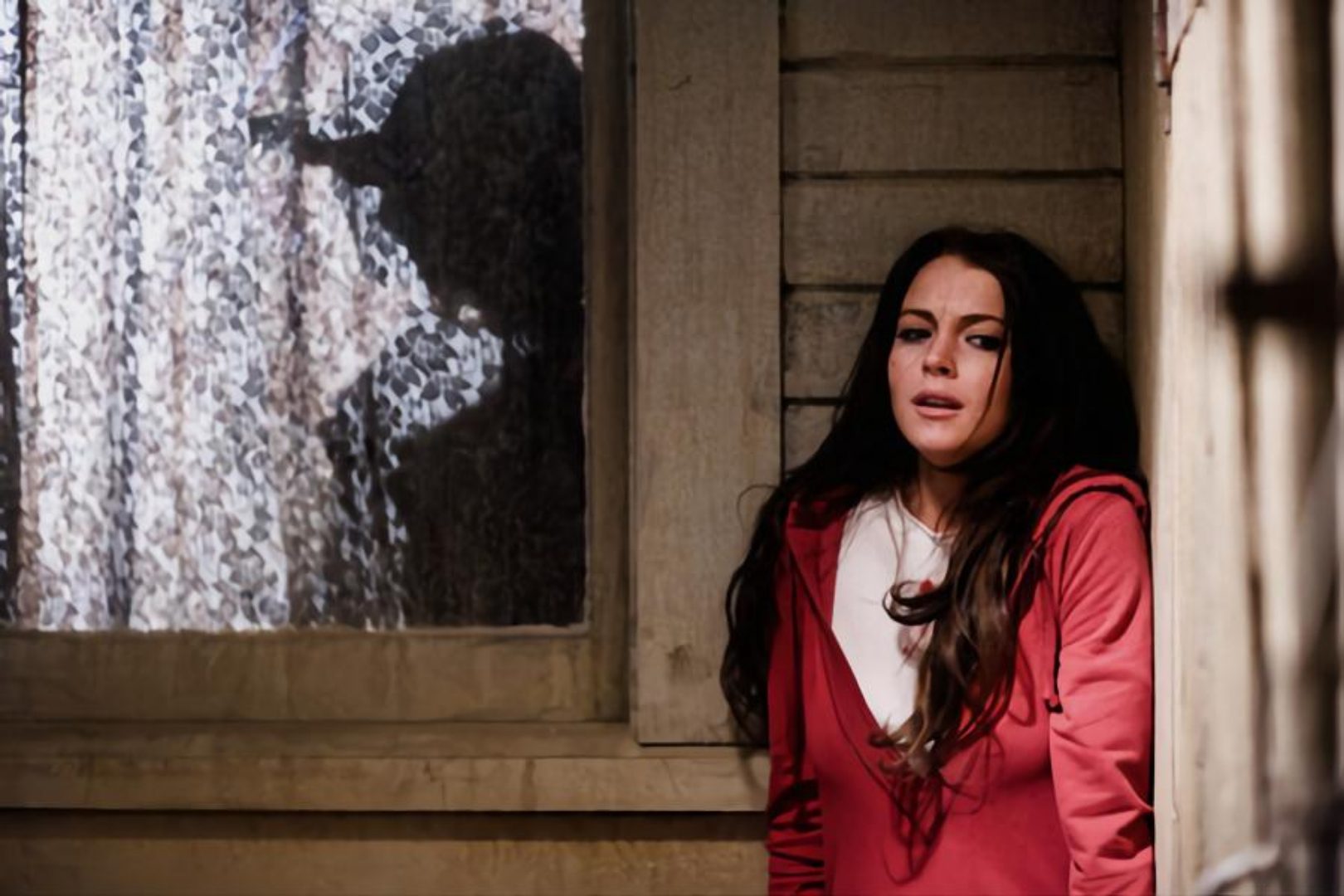 I Know Who Killed Me: Ending scenes from the movie – Dakota saving her sister Aubrey

Throughout the whole proceedings of the film, fans were expecting more from this one. But it didn’t end up the way that viewers wanted it to. On the other hand, portraying twin characters are pretty difficult since this movie clearly describes Dakota as Aubrey’s alter ego. But still, Lindsay didn’t perform well. Fans were looking forward to this one since Lindsay was famous for her acting abilities. Moreover, it also got many awards as it became one of the worst movies to be made so far.

Moreover, fans didn’t expect the creators of this film to cover up inconsistent methods, and they offered several questionable scenes as well. And none of these scenes was compatible with our minds. Well, fans were extremely disappointed when they were aware of a strong telepathic connection between Dakota and Aubrey. This concept is rather odd that they also suffer from each of her injuries. Apart from this, some people didn’t let go of this film and tried to make out a decent storyline. As of now, people still don’t approve of this film.