I Am Legend Alternate Ending Explained

I Am Legend Alternate Ending

What happened in I Am Legend’s alternate ending? Will Smith is probably the most recognizable actor of our times, and fans have enjoyed nearly every one of his films. That iconic role in the 2006 biographical drama The Pursuit of Happyness certainly earned our admiration and respect for the guy. Well, one of his several box-office hits, I Am Legend, which came out in 2007, has an alternate ending that the fans and critics think changed the whole movie. It has divided the viewers and has attracted negative reviews due to it not being a happy ending like the original one. Yet, it seems that the alternate ending was much closer to the novel in spirit than the theatrical ending. However, neither of the endings got even close in terms of sticking with the novel.

I Am Legend is a post-apocalyptic sci-fi thriller that follows Will Smith as top virologist Robert Neville trying to develop a cure to a virus that has eradicated most of humanity. The virus was originally created as a cure for cancer. Neville is now the last human left in New York as he defends himself against vicious freaks. The movie is based loosely on the 1954 novel of the same name that is considered to be one of the most influential works of apocalyptic fiction. The director of I Am Legend is Francis Lawrence, who is also known for directing three of the four films in The Hunger Games film series.

The two versions of I Am Legend are almost the same, with the only difference being in their endings. Dr. Robert Neville, played by Will Smith, looks for a way to stop the wrath of the Krippen Virus. The KV, although developed as an antidote to cancer, has borne a complete disaster for mankind, turning humans into bloodthirsty mutants called the Darkseekers or Hemocytes. Dr. Neville then goes on to meet two human survivors, Anna and Ethan. The theatrical release starts to differ from the scene when the Hemocytes invade Dr. Neville’s laboratory at his house. 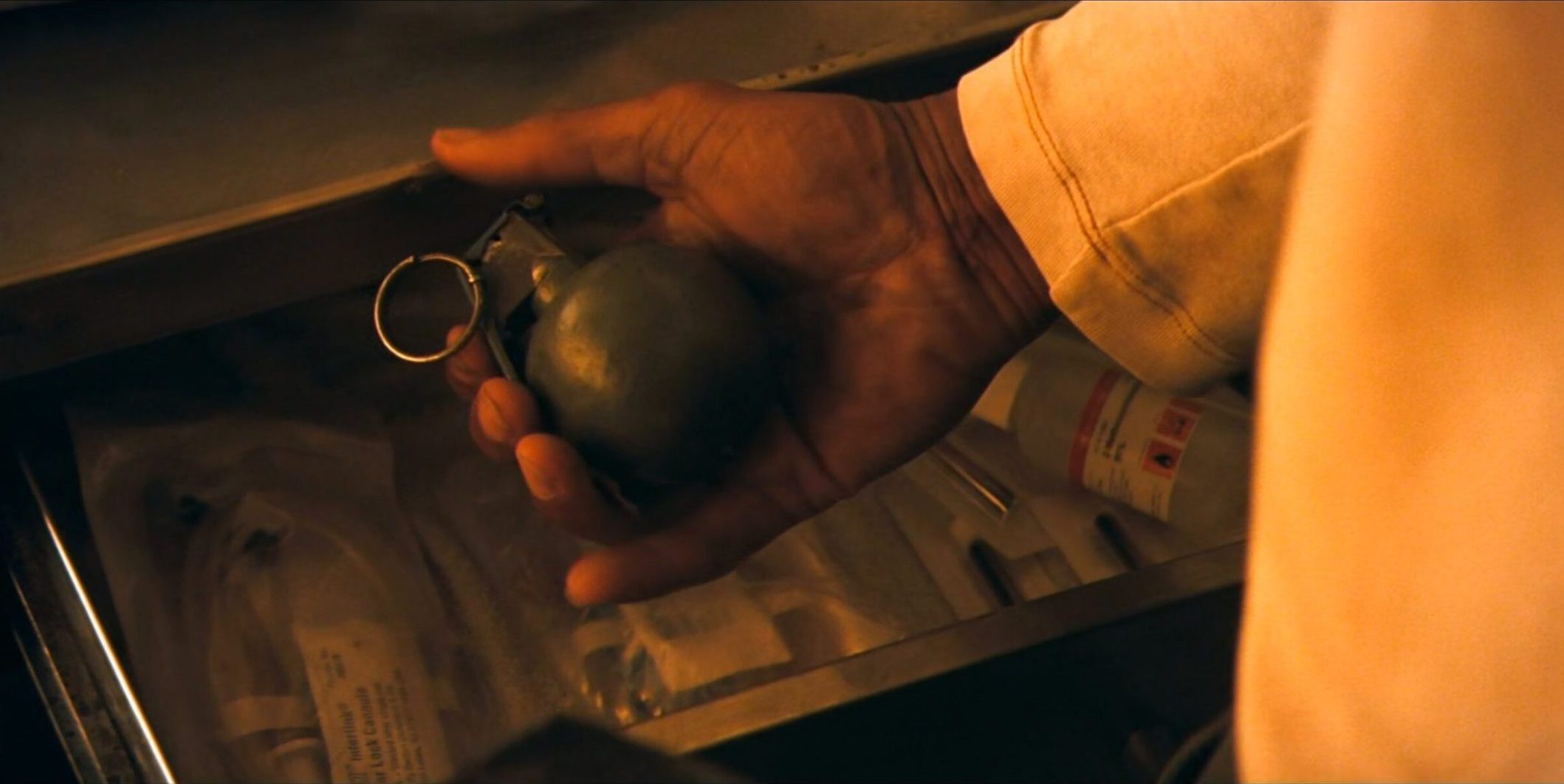 His cure for the KV starts working on a female Hemocyte he’d kept for testing. This is when the Hemocytes storm the laboratory to attack the virologist. But he fends off their attacks by shutting the glass doors of the laboratory room. The virologist, Anna, and Ethan are on one side and the Hemocytes on the other. While the Alpha Male keeps on beating the glass door to crack it open, Dr. Neville spends his last moments with Anna and Ethan.

He tells Anna and Ethan that the Hemocytes won’t stop chasing them. Handing over a vial of the female Hemocyte’s blood to Anna, he helps Anna and Ethan escape. While the Alpha Male is on the verge of breaking the glass door, Dr. Neville picks up a grenade and pulls the pin on it. When the Alpha Male runs towards the door for the last time, Dr. Neville, with the grenade, advances towards the mutant headfirst, and BOOM! The Hemocytes, along with Dr. Neville, perish away in the grenade explosion. The last moments of the film see Anna and Ethan drive off to Vermont and find an active survivor colony. She then hands over the blood vial to the authorities there. 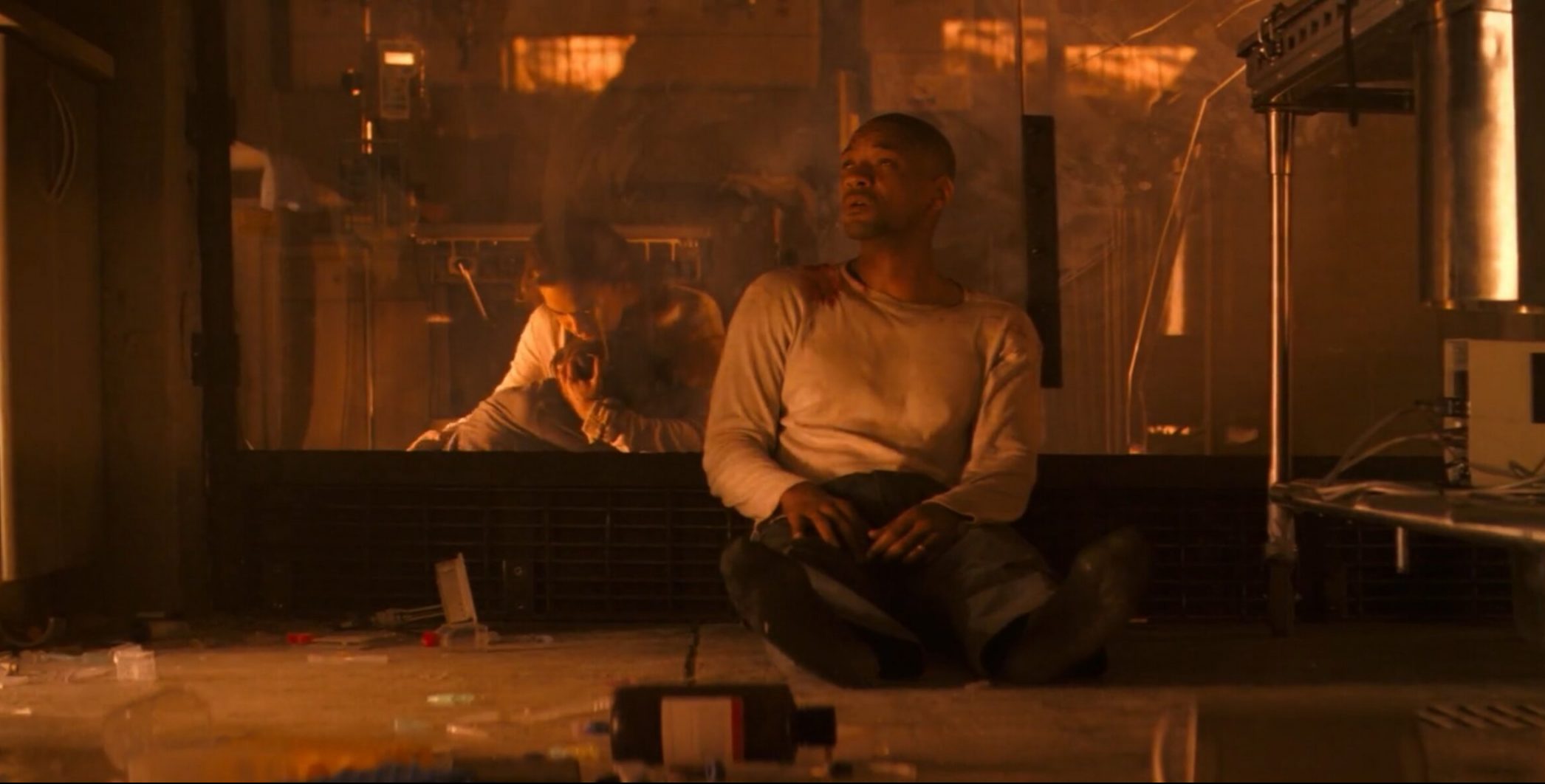 He apologizes to the Alpha Male only to be howled at again. Dr. Neville feels remorse as he has turned out to be the devil in the eyes of the infected. He starts shedding tears, unable to soak in what he has done by killing so many Hemocytes over the years in the name of experiments to find a cure to the KV. The Alpha Male looks back at him for the last time as if deciding on whether to kill him or keep him alive. Surprisingly, the Alpha Male, along with the other Hemocytes, leaves the place leaving Dr. Neville unharmed.

The final moments of the alternate ending show Dr. Neville, Anna, and Ethan heading for Vermont in search of the survivor colony. Anna records a message telling anyone who is still out there to find them up North. She ends the message by telling the potential listener that they’re not alone.

Also Read: I Am Legend Sequel – Will It Ever Happen?

What The Alternate Ending Conveys To The Viewers

On the other hand, Dr. Neville seems to be really weighed down by the awareness of his actions against the Hemocytes. We come to know that he isn’t the hero in the story. In fact, he is the bad guy. This brings out a more philosophical context to the film as Dr. Neville seems to question himself, his actions, and whether he is righteous or not.

Also Read:  Which Character Did Will Smith Play In The Pursuit Of Happyness?

The Reason For Two Endings

The alternate ending where the Hemocytes are shown as intelligent and socialized was the original ending to I Am Legend. It was changed to the theatrical ending where Dr. Neville sacrifices himself to help Anna and Ethan escape. It was revealed more than a decade after the film’s release in 2007 by director Francis Lawrence himself that the ending was altered because of the test audiences. The movie, when shown to test audiences, received negative responses due to the lead actor being shown to be the bad guy in the end. However, the alternate ending is also the ending that Francis Lawrence himself prefers.

In one of his interviews, he explained that though the alternate ending was the more philosophical version, in the end, the story math did not add up. He meant to say that the hero should be shown in a good light. In the alternate end, he does not find the cure, and the creatures he claims to be the bad ones are actually sensitive and humane. It makes little sense that the hero turns out to be the bad guy in the end. Francis stated that he tested the movie twice with the alternate end, and it got wildly rejected. This is the reason they came up with the other ending, the happier one, the one that portrays Dr. Neville to be the hero.

All said and done, and I Am Legend is one among Will Smith’s long list of box office successes, and it shows how versatile the admired actor is. It is the fourth highest-grossing movie of the actor’s career. Irrespective of the ending you prefer, let’s just revel in what has been one of the best performances by the actor in his career.

"I do not want to ignore this, this desire that I feel alive because I've never had so much"- Money...

Years before Super Saiyan Blue or Ultra Instinct existed, Goku's Super Saiyan 3 was the coolest transformation we could think...

Zara Larsson Boyfriend: Who Is the Swedish Sensation Dating in 2021?