John Wilson learns what it means to appreciated a fine wine in How To with John Wilson Season 2 Episode 2. 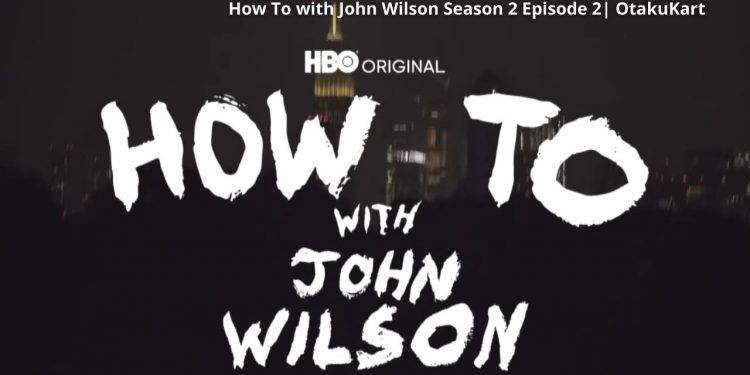 From The Official Trailer How To with John Wilson Season 2

How To with John Wilson Season 2 Episode 2 sees Wilson taking his time out to understand the knack behind appreciating a Fine Wine. But before we moved to the same, he spent one heck of a time to understand what it is like investing in real estate. So, there are a number of things that we look at as a new start. A new house is one of them. John was presented with a surprise when his landlord wanted to sell her house. Initially, he thought he might need to leave too, but there was an offer for him.

The landlord wanted to sell the house to John. The same thing questioned him about investing in properties. Although he didn’t have money at this point to buy the house, there were ways he can afford it. Therefore, he began his research on the same. Since the sellers don’t ask for your financials, he believes at times it’s okay to go out of your way to look for the house you like. Only to later find out that there are many other things that need a look at before he could consider buying one. Here is a look at it.

How To with John Wilson S02 E01 Recap

The second season of How To With John Wilson opened with the question of “How To Invest In Real Estate?”. The story John Wilson is telling sees his landlord selling her place and shifting to Las Vegas. Meaning, he may have to leave the property too. Until she asks him to buy it, thus evoking the question of investing in such properties. So,  the research began. The landlord is asking for less than the Market value, still, he can’t afford it. Also, opting to Mortgage means, it could take a lifetime, and probably he is not ready for that commitment.

Wilson decided to look into other houses if he was willing to invest in a house. But after a recent mishap with his car that he bought from the same place, he may have to check everything when it comes to the house. Luckily, nobody asks your financials when you want to check a place. So, he believes check everything you can despite the fact it could be way too costly for you. Apart from that, there are different issues as well, for example, weird tenants.

Sometimes he believes you may feel that all the places you see are not worth it. Therefore, investing in real estate is not exactly a good idea. As this goes on, Wilson’s landlord starts telling her how to take care of things once she leaves. Somewhere he wants to buy the house, so he decides to opt for a mortgage. The problem comes when they ask for a stable income which John or you may not sometimes have.

So, when good reviews of the show or anything didn’t work for John, the Broker advised him to have a tenant once he buys the house. Therefore, John spent time trying to understand how he could maintain his relationship with Tenant and finally bought the house from his landlord.

How To with John Wilson Season 2 Episode 2 is releasing on 3 December 2021. It is titled “How To Appreciate Wine”. The official synopsis of the episode suggests that we may see John will be confronted by the overwhelming and mysterious world of wine. Something he wasn’t aware of ever. This leads us to see how John masters his senses and grab all the information by researching. All of this, in order to understand what it really means to enjoy and appreciate a fine wine.