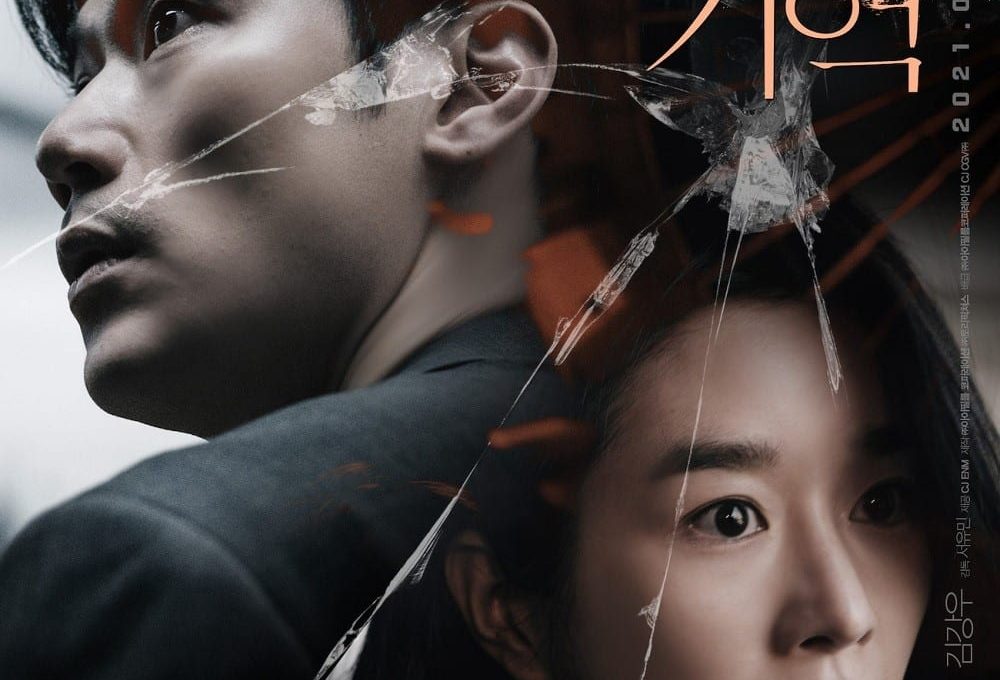 The Korean movie 'Recalled' will soon be releasing and here's all you need to know about it.

The South Korean movie and TV industry have been ruling the world for quite some time now. K-dramas and Korean movies are famous all over the globe currently. They are known for their well-constructed plots and unique storylines with a tint of thrill and comedy. One such movie that will soon be hitting the theatres, as well as the streaming platforms, is ‘Recalled’. Directed by Seo Yoo Min, the series will be releasing in the upcoming week. So, let us dive deeper into this article to find out everything about this movie and where you can watch it online.

‘Recalled’ is a South Korean movie directed by Seo Yoo-Min. It is also known as ‘Memories of Tomorrow’, ‘Tomorrow’s Memory’, and ‘Naeileui Gieok’. It runs in the genre of mystery, thriller, and drama and is made for teens who are 15+ or adults. See Yoo Min is its director while Seo Ye Ji and Kim Kang Woo star in the lead roles. The filming for the movie had begun on 2nd May 2019 and got wrapped up on 3rd July 2019 but the release date for the movie had to be pushed due to the COVID-19 pandemic. It is made only in the Korean language and has an approximate runtime of 99 minutes. Tori Pictures, CGV Arthouse, and iFilm Corporation are the production companies that funded this project while Finecut Co. is its sole distributor for international sales. Anyhow, now let us have a look at the cast and crew of this mystery thriller. 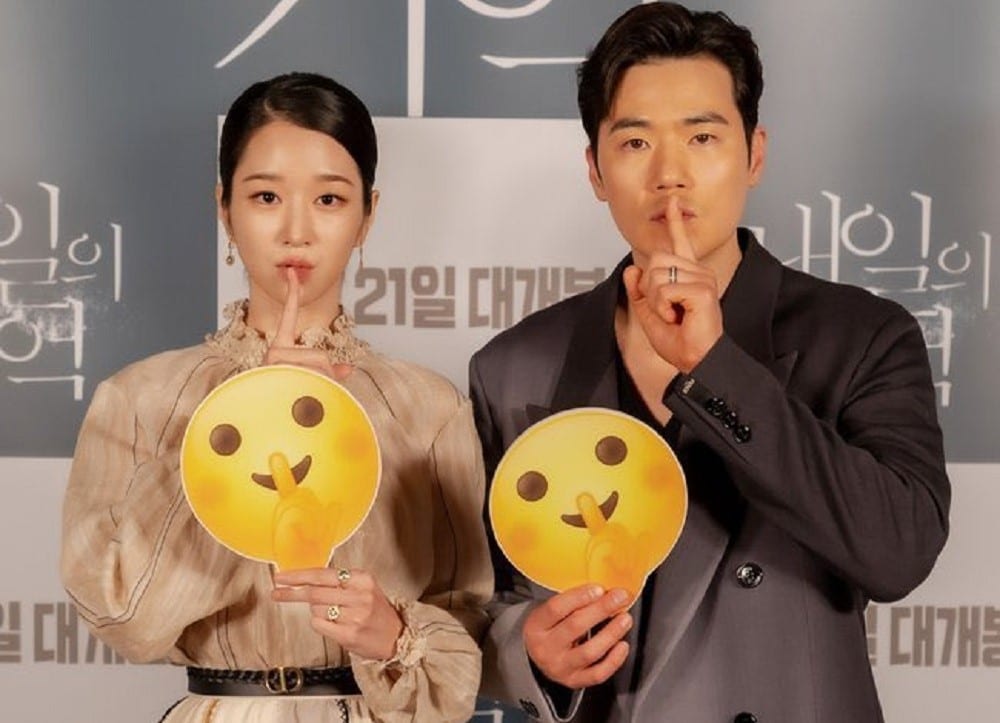 A still of Seo Ye Ji (left) and Kim Kang Woo (right), the lead artists of the movie ‘Recalled’.

Seo Ye Ji as Su Jin: Seo Ye Ji is a South Korean actress who is popular for playing the role of Shim Hye-won in “Summer Scent”. Some of her other famous works include “The Classic”, “A Moment to Remember”, and “Something in the Rain”.

Kim Kang Woo as Ji Hoon: Kim Kang Woo is a South Korean actor. Some of his best works include “The Taste of Money”, “The Missing”, and “High Society”.

Park Sang Wook as Ki Sang: Park Sang Wook is a South Korean actor. He has been a part of many hit movies and shows like “North Korean Guys”, “The Bad Guys: Reign of Chaos”, and “Legend of the Patriots”.

Bae Je Ki: Bae Je Ki is a South Korean actor. Some of his best works include “Forbidden Dream”, “Bleak Night”, and “Just Like Today”.

Sung Hyuk: Sung Hyuk is a South Korean actor who is known for portraying the character of Moon Ji-Sang in “Jang Bo-ri is Here!”. Some of his other famous works include “You Are the Only One”, “365: Repeat The Year”, and “Start-Up”.

Kim Joo Ryung: Kim Joo Ryung is a South Korean actress. She is best known for her works from films and series like “Bluebeard”, “I’m in Trouble!”, and “The School Nurse Files”.

Yeom Hye Ran: Yeom Hye Ran is a South Korean actress. Some of her best works include “Dear My Friends”, “The Uncanny Counter”, and “Miss and Mrs. Cop”.

Bae Yoo Ram: Bae Yoo Ram is a South Korean actor. Some of her best works include “Pipeline”, “Let Us Meet Now”, and “Less than Evil”. 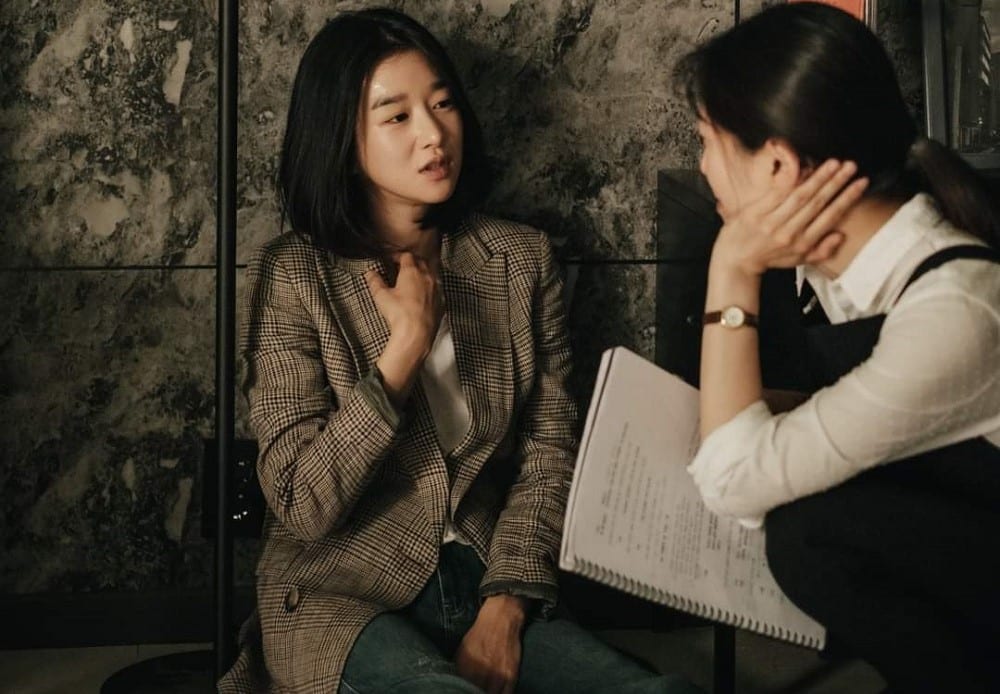 A still of Seo Ye Ji (left) and Seo Yoo-Min (right) from the sets of the filming of ‘Recalled’.

What is the plot of the movie ‘Recalled’?

The plot of the movie starts with the lead actress Su Jin getting into an accident. However, she loses all her memory when she wakes up. Nevertheless, her husband Ji Hoon takes good care of her which helps her to get better soon. As a result, she is able to get discharged from the hospital to come home. Anyhow, the shocking part is that Su Jin is now able to see people’s future. It means that she can see the short instances when they will be facing some sort of dangerous situations. One day, Su Jin accidentally meets her former co-worker who reveals something about Ji Hoon that she cannot accept. Su Jin finds out that her husband is a murderer and starts growing suspicious of him. However, Ji Hoon is unaware of this. Consequently, the couple’s relationship starts falling apart and their love starts to crumble. Eon Talk has even released an official trailer for the movie on their YouTube channel on 27th March 2021 i.e. 2 weeks ago. It has already crossed 232k views and you can click to watch it below.

How to watch Recalled online?

‘Recalled’ will be releasing on 21st April 2021. It will be releasing in various theatres and cinemas in South Korea like CGV Cinemas, Megabox, and Lotte Cinema. So, gear up yourselves as the thriller mystery will be unfolding itself unto you in less than a week now. Until then, let us know in the comments section what are you excited about the most from this movie.