How To Stream Brazil vs Argentina? 2022 FIFA World Cup Qualifiers 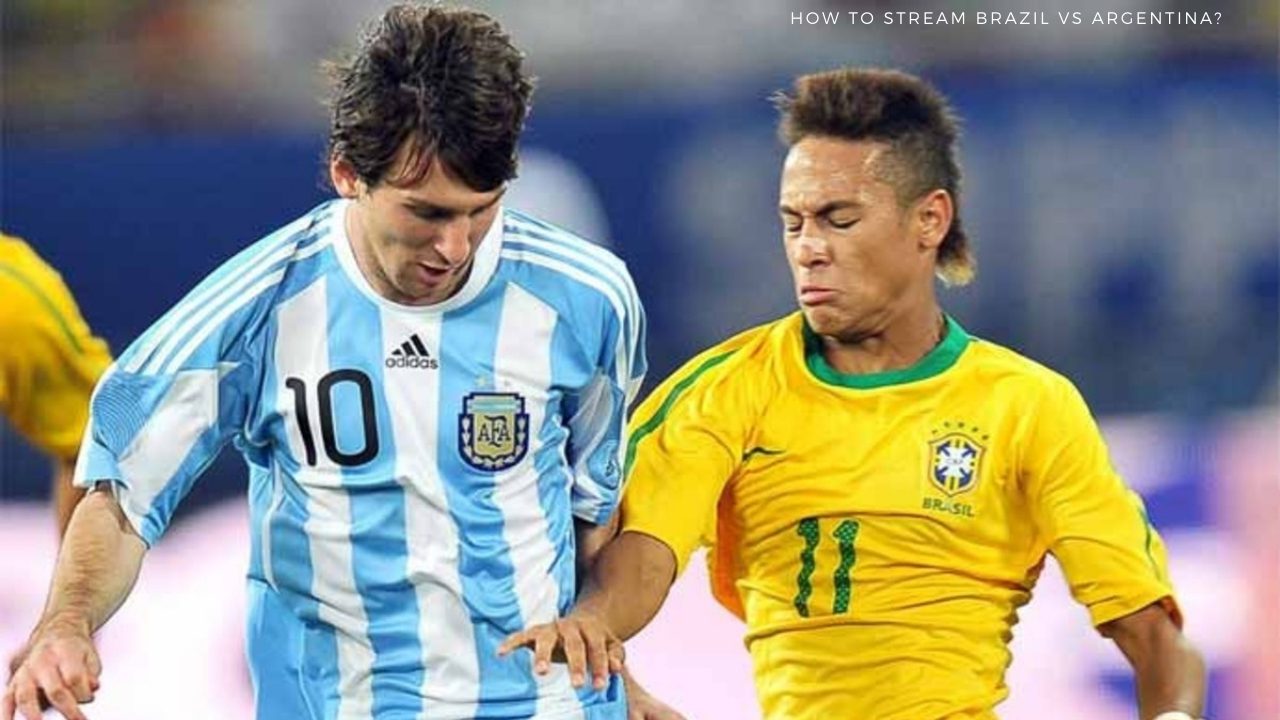 This article will guide you on How To Stream Brazil vs Argentina match. After the 2021 Copa America Final’s defeat against Argentina, Brazil will be much eager to get their team back on track. Wake up football fanatics! It’s time to rejoice in the two superpowers of world football. Tomorrow night, both the South American powerhouses will go head to head against each other after coming from back-to-back wins. Neymar and co have won their last 7 matches in the World Cup Qualifiers so they have secured the spot for the WC 2022 in Qatar. But Brazil had a pretty tough outing against Chile. Tite’s men won a hard-fought 1-0 (scored by Everton Ribeiro) match against the Chileans. While Argentina looks to play a much smoother game, as they defeated Venezuela with ease (3-1). Although Messi could not show his usual genius, Argentina played a pretty good game altogether.

Brazil vs Argentina is like the El Classico. It’s “The Classic” of South American football. Brazil vs Argentina has been one of the greatest rivalries in Football. None of the superstars, Neymar or Messi, had a great tournament till now. But fans will still expect them to perform in tomorrow night’s clash. After shocking the world, by moving to PSG, Messi has joined Neymar again. They both have great chemistry with each other. But when it’s against each other, things can always be different as they both will give their best. Brazil coach, Tite will look to test his team by rotating the formation and testing Vinicius junior, and give other players a chance. Brazil has already qualified but they will still look to get their revenge.

How To Stream Brazil vs Argentina Live: Channels, Kick-Off Time

The match will be played in the Selecao’s nation Brazil. The match will probably be broadcasted on the Sony Ten Sports channel, in India. If watching online, the qualifiers can be watched on the Sony Liv App. You just need to install the app and then you can watch it on various channels like BeIN Sports, Sky Sports, and many more. It has almost every match’s live stream links. The qualifiers can also be watched online on Facebook TV and YouTube. The match will be played in Sau Paulo, Brazil. The stadium is Arena Corinthians. The qualifier between the two giants of world football will be on 6th September. It will be played tomorrow at 1:00 AM (IST).

Important Players That Will Be Missing:

Both the talismans of their respective teams are expected to be at their level best. Messi and Neymar will be leading their nations as they will leave no stones unturned. The Brazil coach, Tite will be missing a few starters from his team. It’s because of the Covid Regulations. The first choice keeper, Allison Becker will be missed as Wewerton will have to start in place of him. In the defense line, another PSG veteran, Thiago Silva will be majorly missed. It will not be easy to stop Messi in full flight. But the biggest loss will be in the front line where Roberto Firmino and Gabriel Jesus will be missing. Liverpool and Mancity did not release due to their upcoming clash.

In the last ten times these two nations met, Brazil won five times while Argentina celebrated four times. Only one match surprisingly ended in a draw. In comparison to Argentina, Brazil currently looks out of touch. Their squad’s important players are also not there. It would be difficult for Neymar to take all the pressure on his shoulders with a young Vinicius playing by his side. Argentina looks way stronger right now. Even players like Paulo Dybala needs to work hard to book their place in the starting eleven. The front three consist of Lionel Messi, Lautaro Martinez, Angel di Maria. Dybala might just get lucky to get the break. Altogether it will be another enjoyable match, but it seems Argentina and Leo Messi might just win this time too.