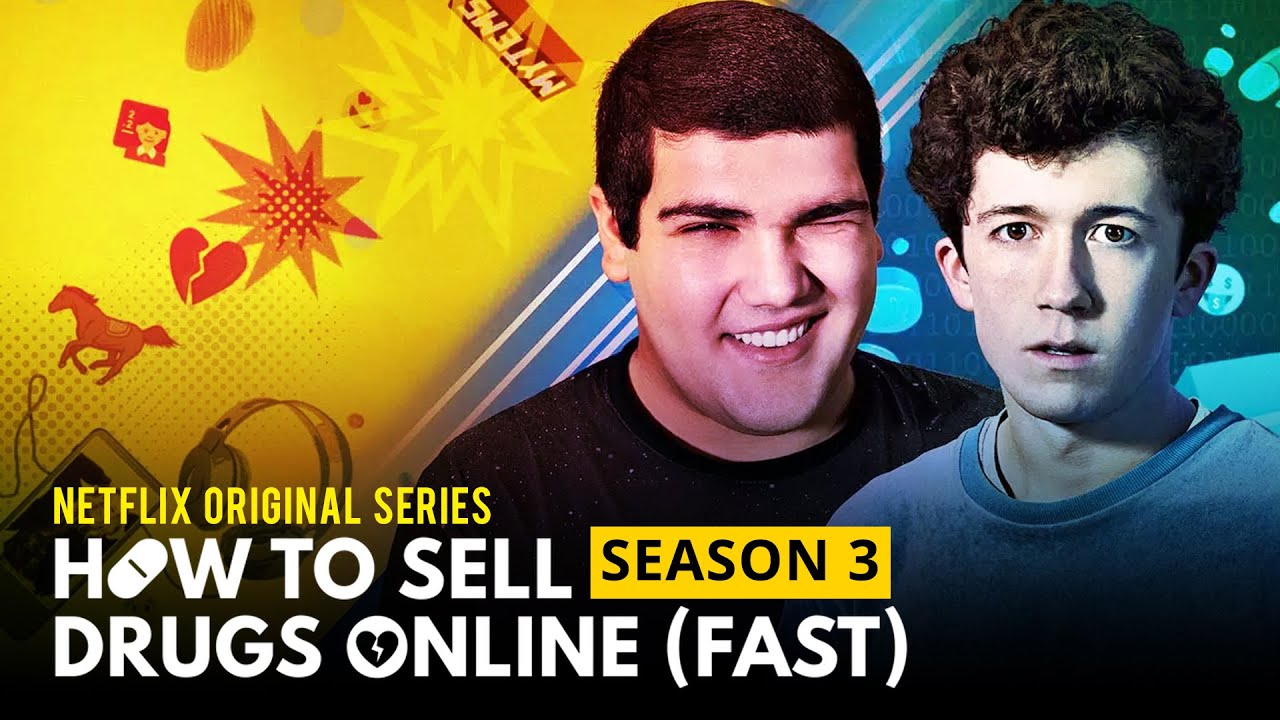 No, it’s not only about How to Sell Drugs Online Fast, but now it’s about how to stay alive and out of trouble while doing it. On 6th July 2021, the trailer of the series was released. After the episodes of the series were released, the Shit was absolutely real. Moritz finds it difficult to hide his drug business from his pals and friends. And in the process to hide his mistake, he turns himself into an ugly person.

Moritz used to be that dumb kid in the school, but dumb people can’t sell drugs online that too fast. The show is going to be a masterpiece. But for now, let’s see How To Sell Drugs Online (Fast) Season 3 Episode 1.

Episode 1: A single failure, a little slip How To Sell Drugs Online Season 3, was released on 27th July 2021. The episode talked about Moritz and his friends selling drugs “ethically.” Yes, it’s ironic because they are bringing people close to death, but they are doing it ethically. Mortiz will be in trouble for his line is business and his profession. His friends and family get suspicious. The episodes include hell about drama. But somehow, the creators have managed to present this serious drama sarcastically.

In the series, you will witness how Mortiz and his friends are stuck in a situation because now they are recognised by the local drug dealers and drug mafia. And we all know there is no coming back from there. But the exciting part is how will Mortiz manage to get of this trap and how will he save himself and his friends when cops are behind their lives. They are literally hunting them down.

In the 1st episode of How To Sell Drugs Online (Fast) season 3, Mortiz’s father is getting suspicious about his activities, and as he is a cop, he is able to sniff his nervousness when he questions him about the money and the serves he is operating on.

Mortiz is scared as he is given his word to very dangerous people, and now he can’t step back. He is not even healthy emotionally for efficient working. His narcissism and his way to deal with life will cost him his friends.

What Happen On How To Sell Drugs Online (Fast) Season 2?

Season two was concluded with a sequence of the interview room. The ‘interview’ room is exposed to be an inquiry room. When the interviewer asks if Moritz wanted his friendship or business at the end of it all. To which Moritz simply replies that his time is up before getting handcuffed by the German police. But apparently, his time was not up. However, he was on the police radar, and he had to be very careful in his dealings.

In season 3, Moritz is just one step closer to be busted. However, he will manage to slip away from the hands of the authorities as he always does. But if his father can sniff the truth, he is not getting away with it. Let’s see what will happen. Till then, stay tuned.

How To Read Surely A Happy Ending Webtoon?