Lucifero is one of the three ruler of the underworld and holds the mysterious powers in Black Clover. Let raise the curtain from this mystery in this article itself.. 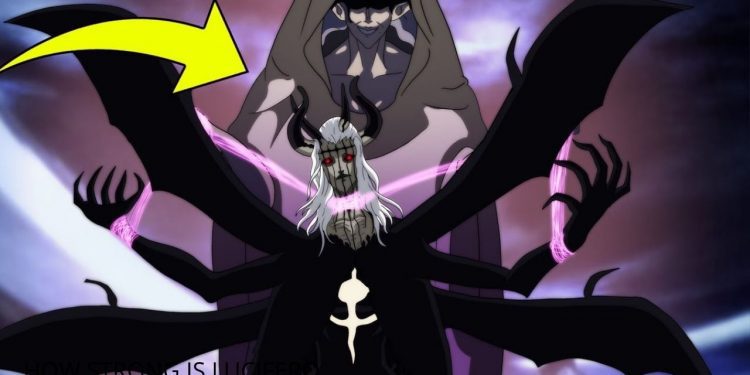 Black Clover is one of the most loved Shonen anime on this planet. The show is based on the no-new concept as a powerless character wants to achieve the biggest title. This concept is not something new, and we have already seen this type of story in other shonen anime too. But the thing that gives an edge to Black Clover is its lively characters, Outstanding Music, and out-of-the-world opening songs. There’s one more thing that differentiates Black Clover from other anime is its Villains. Initially, the show introduced some of the most powerful characters as the squad captains and Magic Emperor Julius himself. However, later in the series, we encounter some of the top-class villains, and one of them is the Devil King, Lucifero. In this article, we will talk about Lucifero and see how strong he is? Who is he? Let’s find out.

Black Clover is a Japanese manga-based anime written and illustrated by Yuki Tabata. The story revolves around the two main protagonists of the series, Asta and Yuno, who set their aim to become Magic Emperor someday. Asta, being born without magic in the world where magic is everything decided to become the most powerful Wizard and joined the squad called Black Bulls led by Yami Sukehiro. On the other hand, Yuno was quite talented and smart. He joined the most royal and popular Golden Dawn led by William Vengeance. They fought many powerful baddies and saved the Clover Kingdom many times, but things never remained the same, and something mirky was waiting for them ahead.

Who Are Devil In Black Clover? The Whole Concept

Let’s begin from the day when Asta got his grimoire, aka five-leaf grimoire. We won’t discuss the full spoilers but will surely give a clear picture of devils so you can have an idea of the power level of Lucifero. There are several ranks of devils that reside in the underworld. Among these, Leibe, being the lowest-ranked devil, used to get bullied by the other devils, and he was the one who was born without magic, just like Asta. Due to a magic layer, Demons simply can’t cross the borderline between the Underground and the terrestrial land, but Leibe crossed the line as he had no magic and came to the above surface.

Here, people also humiliated him, but Licita adopted him and raised him as her own child. Later, something terrible happens, which changes Leibe completely and manifests in the grimoire which Asta found. Similarly, Lucifero is the highest rank devil that holds the power of gravity. Now let’s talk about how strong is Lucifero?

How Strong Is Lucifero?

As we discussed above, Lucifero is one of the three rulers of the Underworld, which means he holds the highest position along with two other devils under the Tree of Qliphoth. He has the power of Gravity and can control it anytime he wants. In the anime, we saw him in Dante’s body, which cornered every wizard present there, including Yami. At that time, Lucifero wasn’t on his 100%. Thanks to Asta, they somehow defeated Dante, but Zenon was able to successfully abduct Yami, and that’s where the anime halted for the time being.

With the Gravitational control, Lucifero is immortal like other devils and has immense magical powers. He can even control others. The other two rulers are still a matter of mystery but it is being said that they hold the powers of Time and Space. While Zenon’s devil, Beelzebub could be the Devil of Space, the time devil is still unknown. However, there are several theories that state that maybe the Devil of Time possesses Julius Novachrono, which is why he has such unique magic and grimoire. It is expected to see the full potential of Lucifero in the upcoming Black Clover movie. However, he is easily one of the strongest three devils within the Black clover Universe.

Where To Watch Black Clover?

There are many platforms that allow us to watch Black Clover legally, but the most famous and recommended platform is Crunchyroll. Crunchyroll is the largest anime database over the Internet as it allows us to watch thousands of anime anytime, anywhere on one subscription. The best thing about this platform is, if you don’t want to pay for the subscription, you can still enjoy your favorite show with ads as it supports ad-supported content.

Also Read: Who Is Dante Zogratis In Black Clover?

Who Are The Best Pyro Characters So Far In Genshin Impact?