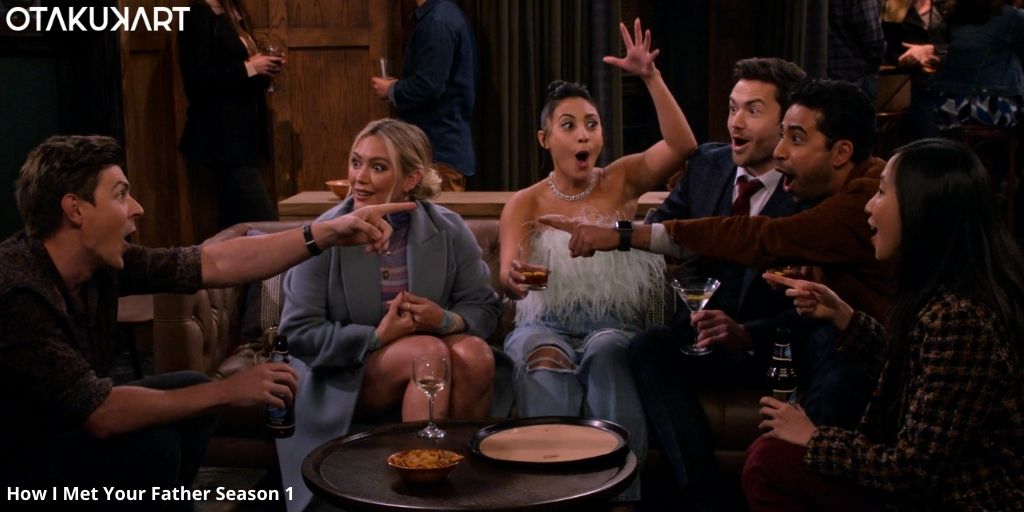 Things are about to get quite interesting for Sophie on How I Met Your Father Season 1 Episode 3 next week. The first two episodes of the show introduced us to the characters we are hoping to fall in love with if the series turns out as legendary as the original one. We saw a woman named Sophie from the year 2050 telling her son about the story of how she met his father.

Although, the long story started off in the year 2022 and was going to be a long journey before they reached their destination. On the other hand, we also got introduced to Sophie’s sister Valentina and her British royal boyfriend Charlie. Meanwhile, the show introduced other characters named Jesse, Sid, and Ellen. They were going to be a crucial part of this long journey that will lead to Sophie meeting the love of her life.

The latest American sitcom has finally premiered on 18th January 2022 after making the fans wait for a long time since its announcement. For those completely new to the franchise, this latest show is a reboot of the hit series “How I Met Your Mother” from the year 2005. Although, the show focuses on a story of its own, featuring different characters, and is set in a different time than the original show. The show kicked off with the first two episodes, but the fans are now eager to watch How I Met Your Father Season 1 Episode 3. However, let us check out how it all started with a quick recap of the first two episodes.

How I Met Your Father Season 1 Episode 1 & 2 Recap

Episode 1 of How I Met Your Father Season 1 dropped on 18th January 2022 titled “Pilot”. It began in the year 2050 with an older version of Sophie, telling the story to her son on a video call about how she met his father and the love of her life, while we came back to 2022, where it all began. We saw Sophie getting into an Uber as she was going on her Tinder date.

Meanwhile, she had the Uber driver Jesse and his friend Sid in the car to discuss her romantically hopeless love life and failed Tinder dates. However, she thought that this guy named Ian was the one for her. She also learned that Sid was on the way to propose to his girlfriend. Although, her date didn’t end well as she found out that Ian was moving to Australia, and long-distance was not a good idea. However, she was in a good mood after seeing her sister Valentina who was now back, but with a new boyfriend, Charlie, and he was moving in with them.

Meanwhile, Valentina made Sophie realize that she should try the long-distance thing with Ian. But realizing that she exchanged her phone with Sid in the car, she went to Sid’s bar where Jesse and everyone else was waiting for Sid and his girlfriend. Eventually, Sid’s girlfriend accepted the proposal but later on got an emergency call to reach LA. Sophie wanted to tell her feelings to Ian at the airport as well, so everyone went there. However, it didn’t go well for Sophie, and Ian went away. Although, this was only the beginning of the journey. Moving to Episode 2, titled “FOMO,“ we saw Sophie still exchanging texts with Ian. Meanwhile, Valentina was trying to get space from Charlie, who was smothering her too much.

Therefore, Sophie and Valentina set up friends meet to help Charlie make friends with Jesse and Sid., whereas Sid convinced Jesse that she wanted to go out with him. Clearly, Jesse liked her, so he tried to get back at giving love another shot. However, it all turned out wrong when they learned that Valentina had set this up for Charlie to make friends.

Moreover, Valentia broke up with Charlie telling him she wanted space. Although, Sophie came to apologize to Jesse after learning that she might have hurt him by giving him the wrong signal. Eventually, they decided to become friends, while Valentina got back with Charlie, and they decided to take it all slow. On the other hand, Charlie also started to connect with Sid at first which was the start of him making new friends. Whereas Jesse’s sister Ellen was now hopeful of finding another girl to fall in love with someday.

Also Read: 5 Times When ‘How I Met Your Mother’ Made Us Emotional

“How I Met Your Father Season 1 Episode 3 will release on 25th January 2022 at 3 am ET on Hulu.” Moreover, the episode will be titled “The Fixer”. We will see how Sophie moves ahead in the journey of finding the love of her life. Meanwhile, Valentina and Charlie will explore their relationship together. On the other hand, it will be exciting to see where do Jesse and Sophie go from here.

The long-awaited sitcom has finally arrived and has created quite a stir among fans and viewers around the world. That is why they are searching about where to watch How I Met Your Father Season 1? Well, that question has a simple answer. “How I Met Your Father Season 1 will air every Tuesday at 3 am ET on Hulu in the United States.” Meanwhile, the show is available to stream on Disney+ Hotstar in India.