Everyone is trying to keep up with the situation but the contention arises as Oh Yeon-ok and Oh Ju-hyung has become the embodiment of problem creators. The situation inside the show is turning more intense with every 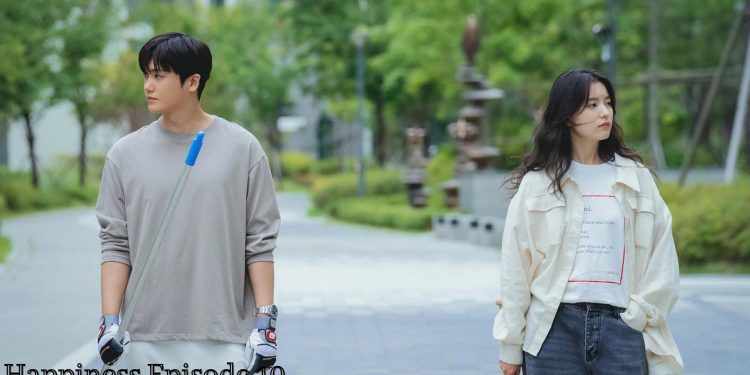 Happiness Episode 10 is going to be on the screen soon enough. The South Korean drama series has built up a great number of audiences with its thrilling suspense and great plot patterns. It’s D-Day to the lockdown lift and the decision is indefinite. Everyone is anxious about the decision and the anxiety is reaching its peak with every passing episode.

Everyone is trying to keep up with the situation but the contention arises as Oh Yeon-ok and Oh Ju-hyung have become the embodiment of problem creators. The situation inside the show is turning more intense with every passing scene and we can’t deny the fact that the engagement level of the show has reached its peak.

The upcoming i.e., the tenth episode is in talk and we are here to tell you about the same. We have gathered up all the details about the same. So, let’s have a look inside.

Happiness Episode 10 is going to be released on December 4, 2021, at 7:10 PM. The show is at its peak and the viewership is getting more intense day by day. All thanks go to the show’s amazing cast and crew team who have done a great job in making the series a worth-watch.

The thriller and action in the show have reaped its sweet results and it is visible everywhere. Many things are happening inside the show and the previous episodes have planted constant suspense inside every viewer’s brain. Of course, if you are a viewer, you could feel your nerves ticking with every passing hour and we are sure that you are all set with your theories about this next episode of the show.

We have seen Soo-min quarantined after being found out about his stay at the 11th floor vacant room. And, the big twist happens when they use Detective Kim to betray Yi-hyun and Sae-bom. Not only these many new discoveries have happened in the previous episode but you should definitely catch up with them.

Happiness Episode 10: Where to Watch?

You can catch up on the episodes on the tvN channel if you are living in South Korea or you can switch to the online platform TVING for streaming the episodes. The point to be noted is that you can have access to the app only if you are a resident of South Korea.

Don’t get all packed up if you are a part of the international audience. There are platforms like Viki and iQYIY where you can stream the show with a subscription package.

Previous episodes of the show have bagged a lot of audiences and attention with their thrilling twists and turns. The plot is going really smoothly and the flow has turned a lot crispier and interesting at the same time.

We have witnessed the much uglier side of the resident’s persona as the outbreak has taken a toll outside. Three days before the lockdown is lifted our newlywed couple brought some water containers on the rooftop as it is sensed by Yi-hyun that the sky would be pouring today. It is just another day with new sets of complaints and requests from the people trapped in there.

The topic of the morning meeting is about the cleaning couple and their workers with a request to move rooms because their temporary place stinks. Though, the request was plainly refused by the building representatives. At last, the sky does pour and tenants are able to get some fresh water.

Na Hyun-kyung being worried about her brother checks on Soo-min who still thinks he is okay. The building cleaning lady sees Yi-hyun and Sae-bom and alerts them about the bloodied clothing article she found from the waste plastics. It leads to a rush and the two go around to check the place where the suspicious clothing was found. Yi-hyun ends up scaring Hyun-kyung while boasting about his advanced investigation skills. She denies hiding her brother at her place and later we see that she has hidden him in a different unit. It is the same unit where the cleaning couple asked to stay but got refused.

It is also found out later that the food for Soo-min is brought by Oh Ju-hyung who offers to get inside. But is refused by Soo-min as he is scared, he might lose control and bite people. We see Dong-hyun calling Bo-ran and talking about his suspicion of his mother getting infected. Seeing how Dong-hyun is more worried about himself than his mother getting infected Bo-ram refuses to cooperate with him.

In the upcoming episodes, there is much to unravel and much to discover, therefore, make sure you don’t miss out on them.

ALSO READ: Tae In and Joo Soo Shares A Sweet Moment By The Beach In “Let Me Be Your Knight” Episode 5