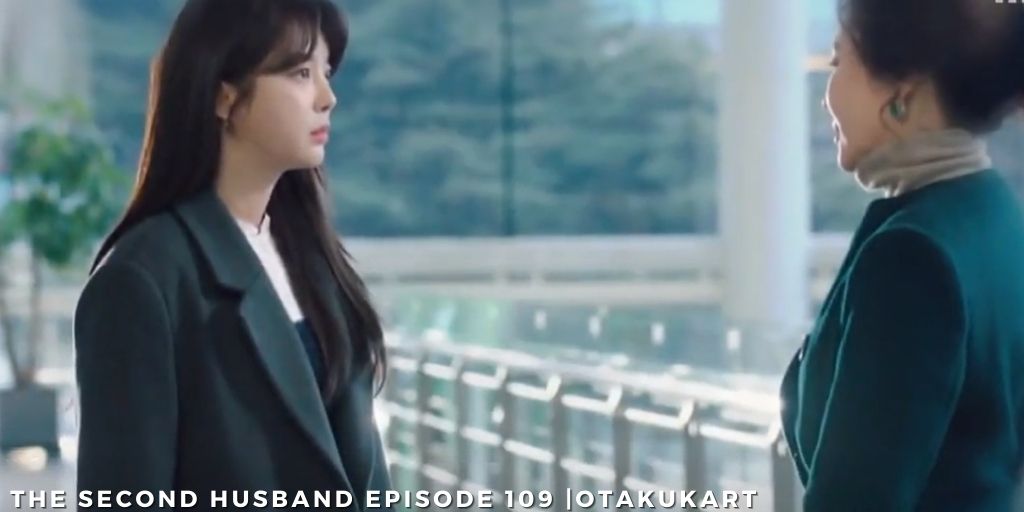 The Second Husband Episode 109 is just a few days away from its release! There is no doubt that things have gotten a more lot tense in the recent episodes. Jae Kyung has been an accident, but our characters aren’t sure whether their enemy is faking her amnesia. Well, we wouldn’t be blaming them because Jae Kyung is quite an evil person, and she could also fake her amnesia just to get away with her crimes! Meanwhile, fans have been finding the side plot of Sang Mi liking Seo Jun while Seo Jun likes Seon Hwa very interesting. The audience, as well as Seon Hwa and Bok Soon, aren’t sure whether they can trust Sang Mi or not.

Her brother Sang Hyuk and her mother Mal Ja may be some of the evilest people we know, so you can see why Bok Soon and Seon Hwa can’t seem to be able to trust her. However, it does look like Seon Hwa has started to put in little trust in her former sister-in-law and colleague because of how she had helped her in finding Sae Byeok. If it wasn’t for her, Seon Hwa would have gone on living as if Sae Byeok was very for a very long time. Let us hope that Sang Mi doesn’t end up like the rest of her family and consequently earns the confidence of the main characters of The Second Husband, like Soen Hwa and Jae Min. Will she dig up some dirt on Sang Hyuk or Jae Kyung so that Seo Jun would be impressed by her?

Don’t miss out on the fun and check out the release date, streaming details, and predictions for Episode 109 of The Second Husband.

It looks like The Second Husband Episode 109 will bring in a lot of trouble for Hae Ran. Soo Chul, after he did some digging, was able to get some photos of Hae Ran and James Knag getting a bit intimate with each other. Although we all know that there is nothing between Hae Ran and James Kang, Soo Chul might have manipulated the evidence to please Jae Kyung. Even when Jae Kyung has lost her memories, she hasn’t lost her sly demeanor. Ignoring Soo Chul’s warning, Jae Kyung told him to send the photo to her dad Yoon Dae Guk as a unanimous sender. How is Hae Ran going to get out of this trouble?

Also, another suspicious thing that the audience spotted out was Jae Kyung’s behavior when she saw Hae Ran and Seon Hwa together. At first, she felt that it was first that both of them were hanging out with each other. And when Hae Ran was muttering to herself that she will protect Seon Hwa no matter what because she is her real daughter Bit Na. It is amazing how she still remembers who Bit Na is even though she found out the truth about Bit Na just a few months ago. With this, fans have gotten even more suspicious of Jae Kyung and have added this scene to the long list of their evidence.

The Second Husband Episode 109 will be released on 19 January, this Wednesday. This South Korean Drama airs new episodes almost every day except for the weekends on its broadcasting channel MBC at 7:15 PM KST. There are no questions as to why countless people have been following the extremely enthralling show The Second Husband. With such a good storyline and an even better cast, where can things go wrong?

Where To Watch The Second Husband Episode 109?

The Korean audience of The Second Husband can watch the episodes of the K-series on MBC at the show’s airing time. In addition to that, the international viewers of the kdrama can watch Episode 109 of The Second Husband either on Rakuten Viki or Kocowa. If you want to access the services of these streaming sites, you will have to subscribe first! Also, the premiere time is 3:45 PM in India, 10:15 AM in the UK, and 8:45 PM in Australia. Don’t forget to mark your calendars for the episode!