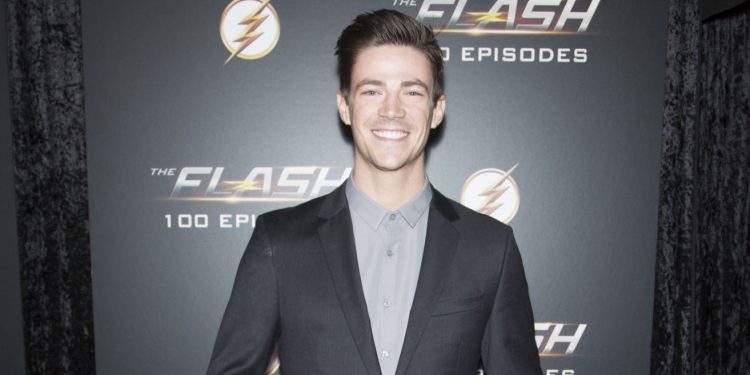 When the CW’s Arrow first premiered in 2012, no one knew it would become the Arrowverse that it is today. Of all the characters the series has created, Barry Allen’s The Flash has got to be an easy favorite for many. The Flash character has been played by the talented Grant Gustin since 2013, and he is one of the reasons why this standalone show has been brought forward. The talented actor may be a new face to many, but he is definitely not a newcomer to the industry. How much is Grant Gustin’s Net Worth? Gustin has accumulated a lot of fortune so far, and we know he’s not stopping anytime soon. Here’s a closer look at his net worth and how the actor achieved his success.

Grant Gustin is an American actor, singer, as well as a dancer. His full name is Thomas Grant Gustin. Gustin was welcomed to this world in Norfolk, Virginia, on January 14, 1990. Tina Haney, his mother, was a pediatric nurse, and Thomas Gustin, his father, was a college professor. Gustin also has an older brother named Tyler and a younger sister named Gracie. Gustin started his journey on television with the series “Glee” and was later chosen as a periodic character in the series “90210” and “Arrow.”

Since childhood, he had always dreamed of becoming a Broadway actor and ended up working in television and film. In addition to starring in “The Flash,” Gustin has reprised his role in episodes of four other popular TV series based on the same fictional universe. They are “Arrow,” “Vixen,” “Supergirl,” and “Legends of Tomorrow.”

What is Grant Gustin’s Net Worth?

Grant Gustin’s net worth is currently estimated to be around $5 million as of 2021. Gustin’s wealth mainly comes from his work as an actor. The extremely talented star achieved this fortune before he was 30 years old. With the confirmation of another season of The Flash and at least one other project underway, Gustin is poised to continue to grow his fortune. Gustin’s concerts in The Flash paid the actor generously for his work. According to data released by sources, he earns $100,000 per episode. With an average of 23 episodes per season, Gustin’s rate is $2.3 million per year.

When compared to other stars on leading CW shows, Gustin’s salary ranks high. It has been reported that Arrow’s Stephen Amell is one of the highest-paid stars on the network, earning $125,000 per episode. Gustin has come pretty close to that with his six-figure salary. Jeanine Mason of Roswell, New Mexico, signed $50,000 for the episode. Riverdale’s four main characters, KJ Apa, Lili Reinhart, Camila Mendes, and Cole Sprouse, finished starring in The CW, had grossed $40,000 per episode.

While at Elon University, Gustin auditioned for a West Side Story production on the Broadway Revival Tour and played the role of Baby John. In the year 2010, he left school and played in dramas for a year. During this time, Gustin met his manager, who gave him a role in “Glee,” Fox TV’s popular musical comedy. Gustin soon moved to Los Angeles to shoot a television series. He played the role of Sebastian Smythe, a gay member of the Dalton Academy Warblers, and made his television debut on November 8, 2011.

Gustin, who was interested in musical theater since childhood, performed the duet “Smooth Criminal” together with Glee co-star Naya Rivera in January 2012. The song was part of the episode of Michael in the show’s third season, with onscreen musical guest 2Cellos. In May 2012, Gustin worked on the television film for the Lifetime Network “A Mother’s Nightmare,” which was shot in Canada. In the same year, Gustin starred in the indie film Affluenza.

Between “Glee” and “The Flash,” he appeared as a guest on the 2012 TV show “CSI: Miami” and in 2013 received a recurring role in the series “90210”. He then auditioned for the role of Finnick Odair in the Hunger Games film series but lost that role to Sam Claflin. His iconic Barry Allen character, also known as The Flash, landed in September 2013. However, initially, he only got a guest role in another DC superhero series, Arrow. He finally got his own pilot, The Flash, which premiered in October 2014. Then, in the year 2017, he landed a major role in the indie film “Krystal.”

Gustin won two Teen Choice Awards for his role as Barry Allen on the TV series Flash. Then, in the year 2015, he won the Choice TV: Breakout Star Award, and in 2016 he got a Choice TV Actor Fantasy/Sci-Fi Award. Also, at the 2015 Saturn Awards, he won the Breakthrough Performance Award for The Flash. He was also nominated for best television actor twice in 2015 and 2016. His cover version of Glee’s “Smooth Criminal” reached number 26 on the Billboard Hot 100, number 10 on Billboard Digital Songs, and 28 on Billboard’s Canadian Hot 100 chart.