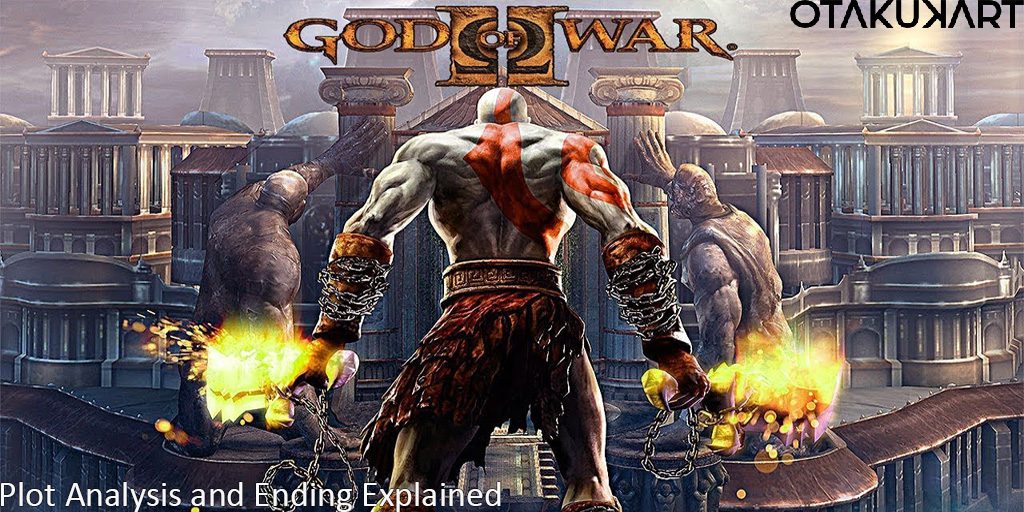 God of War was a huge success, and in the end, “Kratos will return” was teased. So obviously, we will talk about God of War 2. What happens at the end of God of War II? Does Kratos Die in the God of War sequel? We will discuss everything about the game in this blog, so scroll down and find out everything. God of War II is an action-adventure hack-and-slash game by Santa Monica Studios, launched in 2007. It follows Kratos on his vengeance quest against Zeus for betraying him.

God of War II starts with Kratos, now a God of War shunned by all the other gods. The nightmares of Kratos’ past are still with him and haunt him. 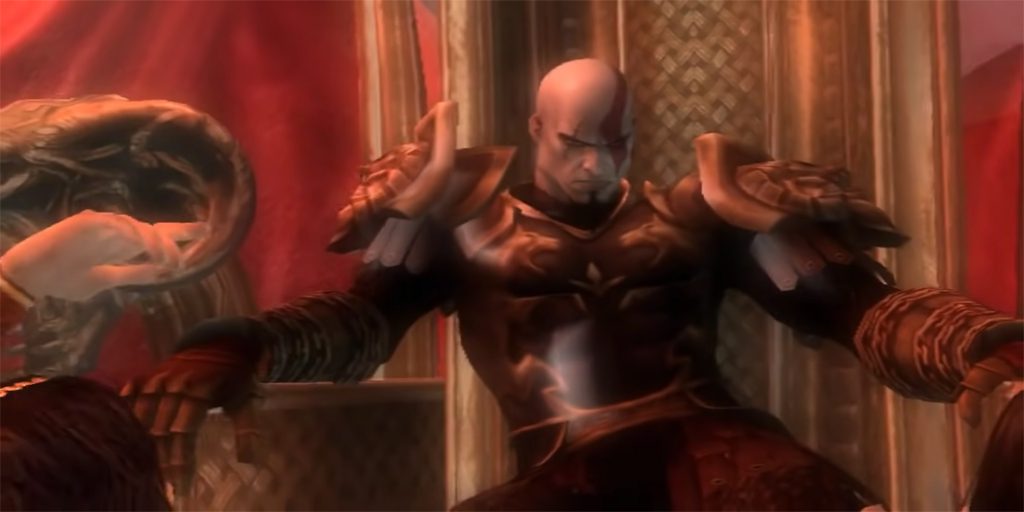 Kratos as God of War

Kratos, at the start of the game, attacks Rhodes with Spartans. In Rhodes, an eagle arrives and drains almost all his power at the same time it animates the Colossus of Rhodes. Kratos thinks that Athena has also betrayed him. Kratos, with all his godly powers, drained, fights the Statue. During this fight, Zeus offers Kratos the Blade of Olympus, which requires him to infuse all of his remaining godly power,s making him a mortal again. Kratos defeats the Statue but is mortally wounded. The eagle then reveals itself to be the King of Gods, Zeus and for the last time asks Kratos to become loyal to the gods, which Kratos refuses. Zeus, angry with his refusal, kills him with the Blade of Olympus, along with Kratos’ Spartan army. 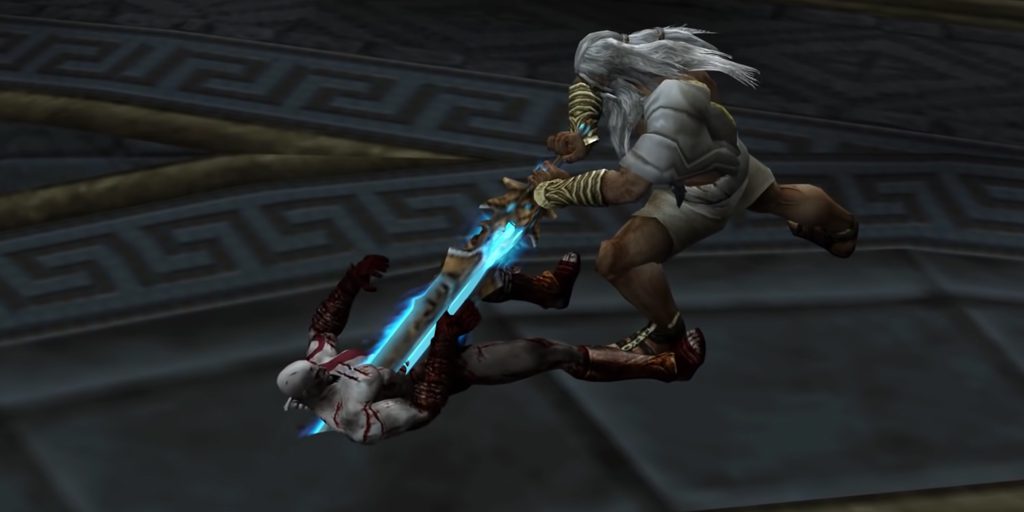 As Kratos descends into the Underworld, Gaia saves him. She tells Kratos about how she once nurtured and cared for the young Zeus. She tells him further how Zeus later betrayed all the titans as revenge for the cruelty his father, Cronos did to his siblings. Gaia asks Kratos to look for the Sisters of Fate, as they can alter the timeline and prevent him from dying. Then Kratos can get his revenge against Zeus. Kratos goes on to a quest in search for the Sisters on a Pegasus. The Pegasus gets trapped by Gaia’s brother, Typhon, imprisoned under a mountain. Kratos then continues his journey on foot and encounters Prometheus, Titan imprisoned and tortured for providing humankind with the fire. He begs Kratos to kill him, which he does with the magical bow of Typhon. After striking Prometheus with the bow, Kratos absorb all his power and uses it to free the Pegasus and fly to the Island of Creation.

He reaches the Island of Creation and gets access inside it after killing Thesus to awaken the stone Steeds of Time. Inside the island, he encounters and defeats many foes, some of whom are his old foes, searching for the sisters as well. Kratos meets Atlas, who initially resents Kratos for his alliance with Olympian gods. Kratos explains how Zeus betrayed him, and now he is in search of Sisters. Atlas reveals that Gaia, along with other titans, also wants revenge against Zeus. Atlas decides to help with giving his last magical powers to Kratos and helps him reach the Palace of Fates. There Kratos defeats many opponents. From the last spartan soldier, Kratos learns that Zeus has destroyed Sparta. This revelation angers and motivates Kratos, after which he frees a phoenix and rides it towards the Stronghold of Sisters. 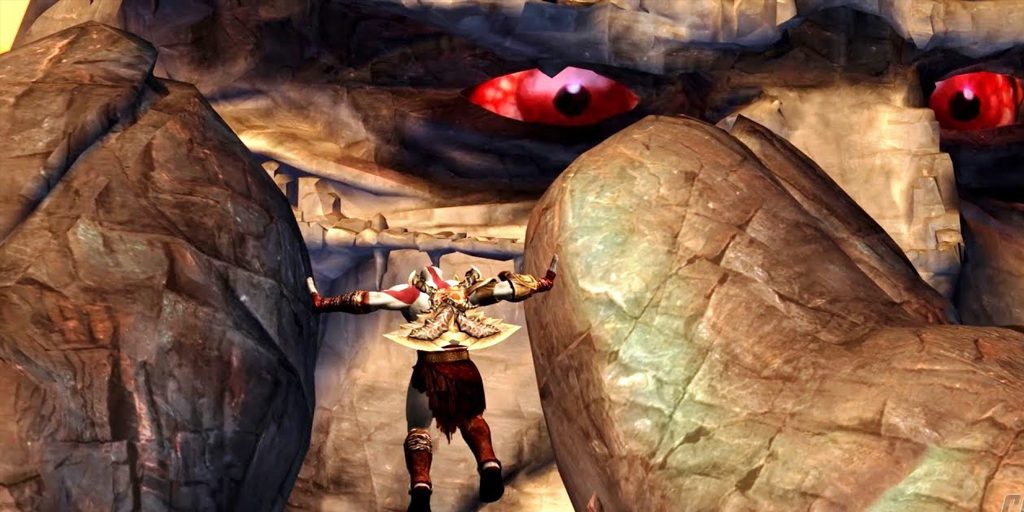 There he encounters two sisters, Lakhesis and Atropos. He tells them about his situation and why he wants their help, which they refuse to do so. He fights two sisters and kills them, and later confronts the last one and kills her with her own traps. After killing all three, Kratos acquires “Loom of Fate” and travels back in time before the events of Zeus’ betrayal. 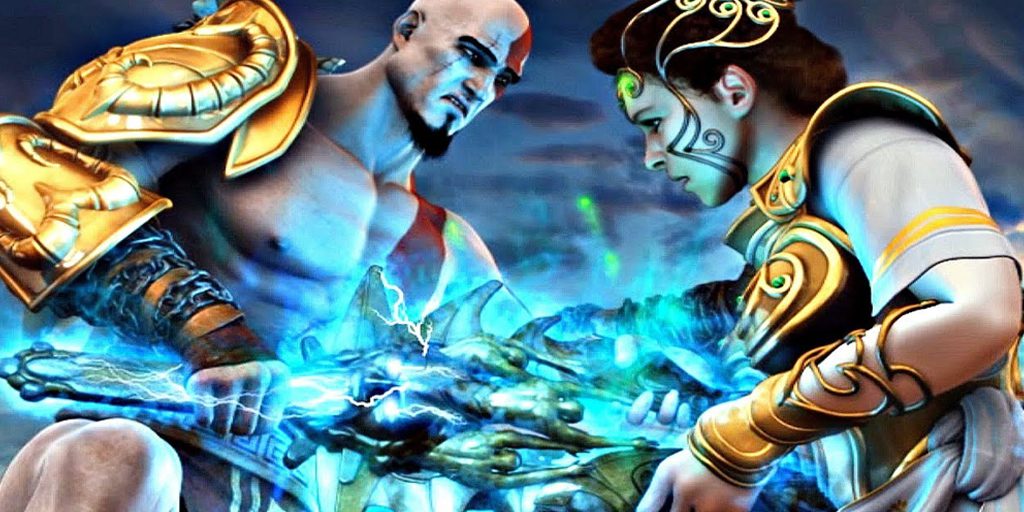 During this, Athena intervenes and defends Zeus. She tells him that killing Zeus will destroy Olympus and Zeus is Olympus. Zeus then uses this chance to escape and, before departing, tells Kratos has started a war against all of the gods of Olympus. Kratos then goes for the final strike in which Athena comes in between and gets impaled by Blade of Olympus. Athena, in her dying breath, reveals that Kratos is Zeus’ son, and Zeus was afraid that Kratos would usurp him as Zeus did with his father, Cronos.

Kratos does not change his resolve and declares that the rule of God is at an end. He then uses the Loom again and travels back in time at the Great War and brings all the titans to his timeline where he at the back of Gaia climbs the Olympus as the gods watch their old foes coming. Kratos declares that he has brought their destruction. The ending sets up for the beginning of God of War III.