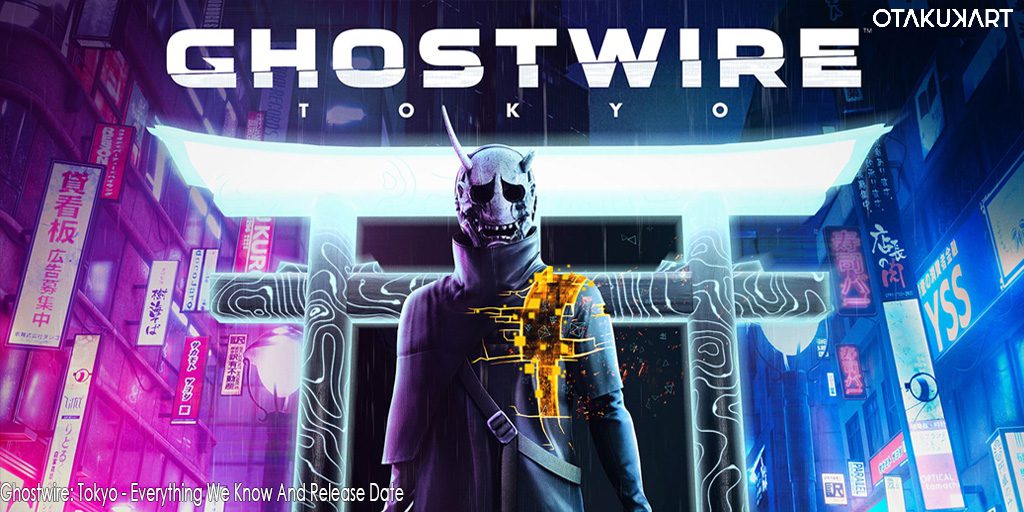 Ghostwire: Tokyo is an upcoming action-adventure first-person video game by Kenji Kimura. Unlike the previous games by Tango Gamewoks, which are survival horror, this game is not of that genre, not entirely. The game follows Akita, who is on a quest to unveil the sudden appearances of mysterious creatures called Visitors and the disappearance of the citizens of Tokyo.

Ikumi Nakamura unveiled and announced the next game of Tango Gameworks in 2019’s E3. The combat director of the game is Shinichiro Hara, who previously worked on the combat of 2016’s Doom. The game is PlayStation 5 exclusive title and will not release on PlayStation 4. Tango Gameworks is using Unreal Engine 4 for the development of Ghostwire: Tokyo. Tango Gameworks is a Japanese video game developer created by Shinji Mikami in 2010. In its founding year, Zenimax Media bought the company. The company has developed The Evil Within and The Evil Within 2. After the acquisition of Zenimax Media by Microsoft Game Studios, Tango became a part of Xbox Game Studios.

Ghostwire: Tokyo – Everything We Know

The plot of Ghostwire: Tokyo takes place in Tokyo. The plot focuses on the mysterious disappearance of nearly every citizen of Tokyo and the appearance of the otherworldly creatures. These otherworldly creatures are known as Visitors. The protagonist of the game is Akito. He has some supernatural powers. Akito’s power comes from being possessed by a detective spirit known as KK. 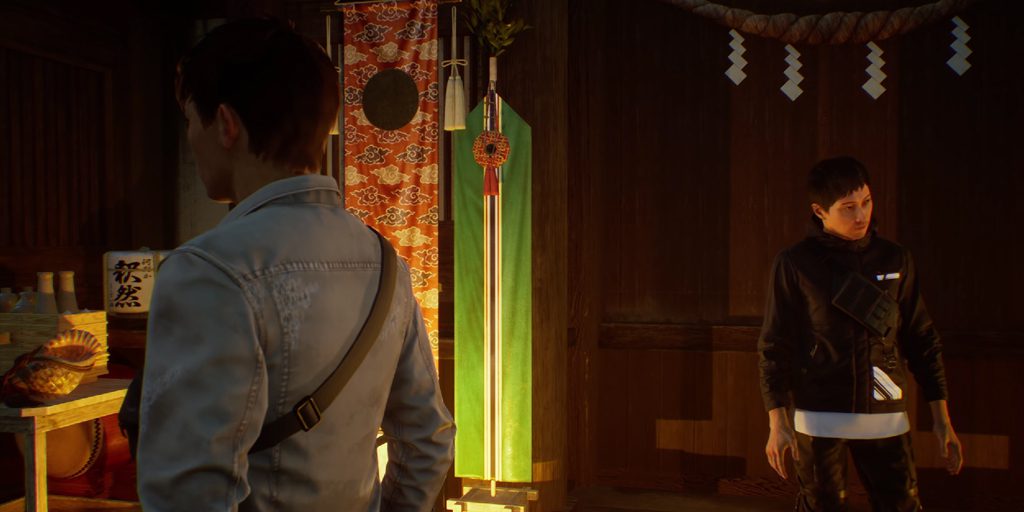 Akito must learn the true objective of KK while fighting with the Visitors and learn the Visitor’s sudden appearances in Tokyo. During these quests, Akito will encounter a Hannya wearing mask group, who may help him unveil the mysteries behind the bizarre events going on in Tokyo.

Tango Softworks’ Ghostwire: Tokyo will be an action-adventure game played through the first-person perspective. The protagonist, Akito, will use otherworldly and paranormal abilities to fight the enemies, Visitors, that have invaded Tokyo. 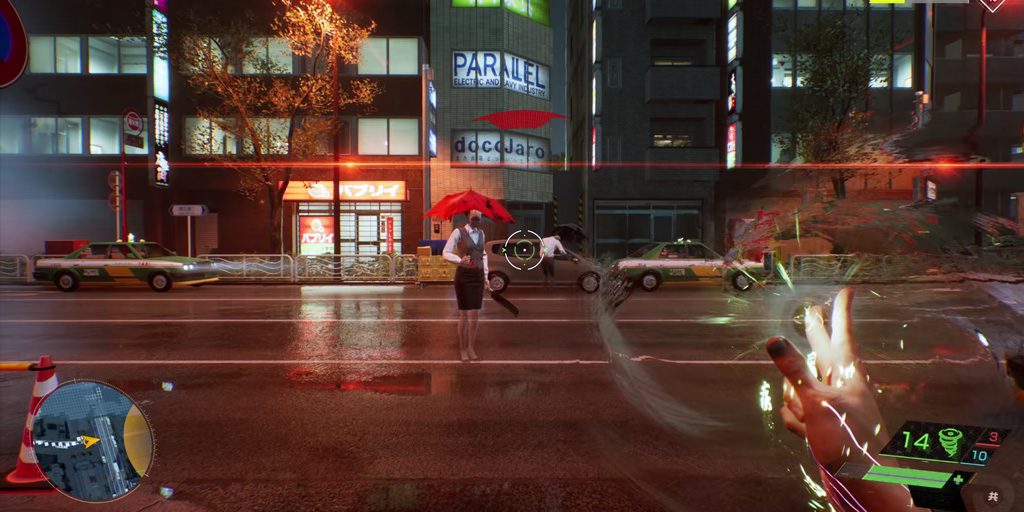 The game’s combat uses spells that come from Hand Gestures. Kuji-Kiri is the inspiration for these Hand Gestures. When Akito drains enough health of the Visitors, then they will show their Core. The players can then use takedown moves to destroy the Core, killing the spirit. The State of Play did show that the players can get a bow, which they can use to kill the enemies. 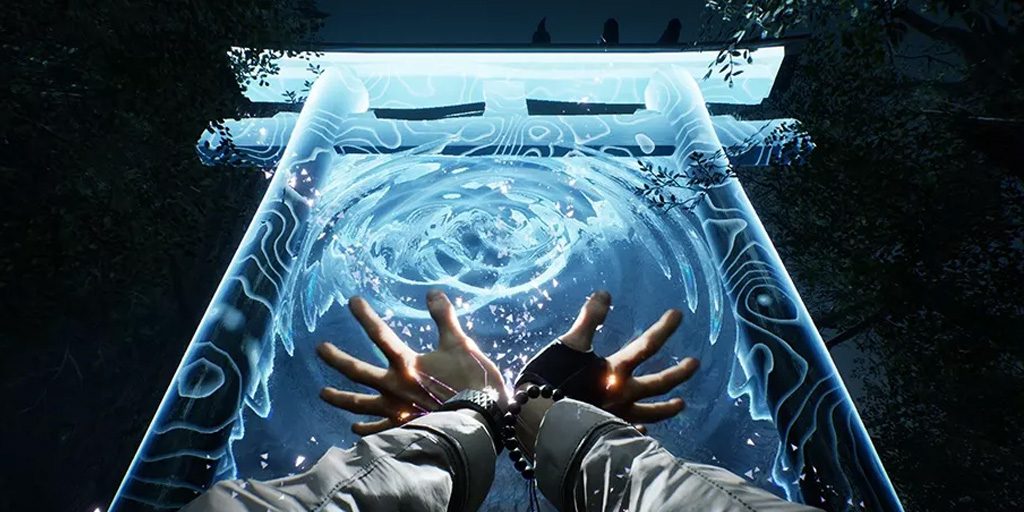 Stealth is a possible way of completing a mission. The players can also take down the Visitors in stealth. Other gameplay elements include climbing over the buildings using Tengu Yokai. According to the developers, Tengu Yokai is the fastest way to travel across Tokyo. The players will find some corrupted Torii Gates, which they will have to cleanse. This cleansing will clear out the sinister fogs around the city.

Also Read: The Wolf Among Us 2 New Trailer: When Does The Game Release?

When will Ghostwire: Tokyo launch, and on what platforms? The first announcement of Ghostwire came at E3 2019 at the Bethesda Softworks conference. That conference did not reveal the release date of Ghostwire. The game then did not make any sort of appearance in 2020 or 2021.

In 2022, a leak for the release date regarding Ghostwire: Tokyo appeared. The leak showed the release date for the game in March 2022. Sony then hosted the State of Play which focused on Ghostwire, in February 2022. This State of Play confirmed that the game would indeed come in March 2022. Ghostwire: Tokyo will release on 25 March 2022 and will release on PlayStation 5 and Microsoft Windows. Ghostwire: Tokyo is a timed exclusive for PlayStation 5 for at least a year and will arrive on Xbox sometime in 2023. On Microsoft Windows, Ghostwire is available on Steam and Epic Games Store.

Ghostwire Tokyo is up for pre-order and is available in two editions.