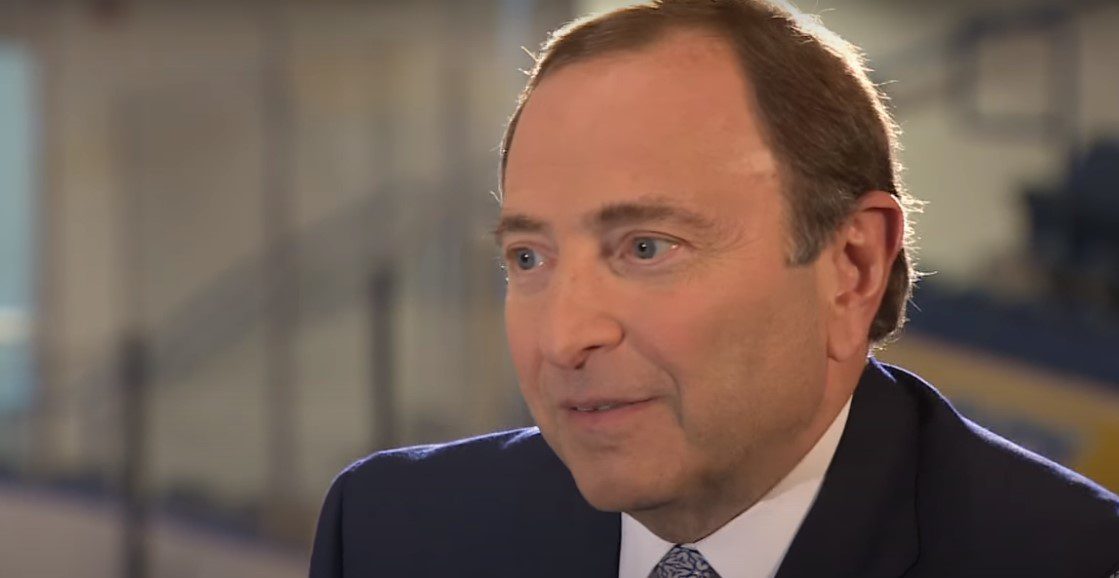 In this post, we cover the Commissioner of the National Hockey Lague Gary Bettman net worth. Bettman is hockey’s top man since 1993. Prior to his work at the NHL, he worked at the National Basketball Association. The Cornell University and NYU School of Law graduate do a prolific job at the NHL. The league’s successful growth since his takeover is impressive: The average NHL team value goes around US $653 million, and in the 2019-2020 season, coronavirus wracked the revenues and still managed to rake in a total of US $4.4 billion. Despite those impressive numbers, the NHL is in financial trouble.

Bettman and Sportsnet’s reporter Ron MacLean had their traditional interview for the Stanley Cup final game 4. If you’re into hockey, then you’ll know that these interviews are very important as Bettman lays down the law and policy of the NHL. But the one thing MacLean didn’t ask the NHL top man was the sexual assault allegations regarding the Chicago Blackhawks team, and that issue is long-running. It goes as back as 2010. And the reporter was questioned by a colleague who thinks that MacLean purportedly avoided asking about the Blackhawks just adds fuel to the fire. Read on our scoop on the NHL Commissioner Gary Bettman.

Who is Gary Bettman?

Gary Bettman is a New York native lawyer who currently serves as the Commissioner of the National Hockey League. This organization controls every regulatory aspect of sanctioned professional league hockey games in North America. It comprises 31 organizations in two countries and is the best hockey league in the world where every ice hockey player expects to play. Bettman is the Commissioner since 1993. And his job consists is supervising business. A thing he does quite well. Because Bettman’s job at the top of the NHL made the league worth from millions to billions amidst heavy criticism by the fans and strong backing of the NHL board of governors.

And it’s his responsibility to come up with sanctions whenever there’s a misconduct case. The Blackhawk case is just another thing Bettman would have to deal with in his tenure that saw the trampling of three strikes, dealt with cable operators and streaming platforms to stay on top, and even managed to keep a successful revenue despite a coronavirus season that saw poor attendance and low ratings. Keep reading to know more about the Blackhawks, and in the next sections, we will cover Bettman’s net worth. 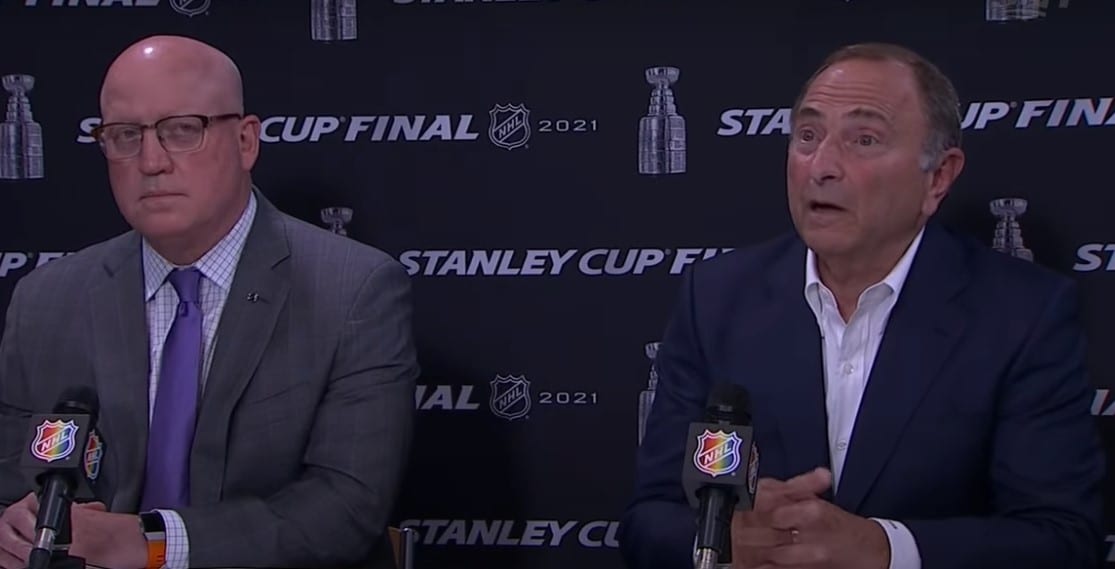 What happened between Bettman and the Blackhawks?

At the moment, the Chicago Blackhawks are under fire for sexual assault charges and misconduct. The Blackhawks former assistant coach Brad Alrich remains at the center of an upcoming independent investigation regarding sexual assault allegations. Bettman’s responses towards the probe when asked by the press are disingenuous. The Blackhawks are sued by an unidentified hockey player who claims that Brad Alrich sexually assaulted him and another player in 2010 and are seeking over US $150000 in compensation for their trouble.

Also Read: Ice Hockey Player Colby Cave Net Worth In 2020 And Everything That You Need To Know

After eleven years of struggling with the effects of abuse, a former Chicago Blackhawks player filed a complaint seeking compensation in damages over the US $150.000. In response, the Blackhawks started an independent investigation of the case. And while sexual abuse cases are abundant in pro sports (Just the other day, the Washington Football Team’s owner had to resign after the sexual abuse allegations) for Gary Bettman, the issue will take a sort of Roger Ailes-lesque resolution as he evades questions on the matter. In the next section, we will cover Gary Bettman’s Net Worth. 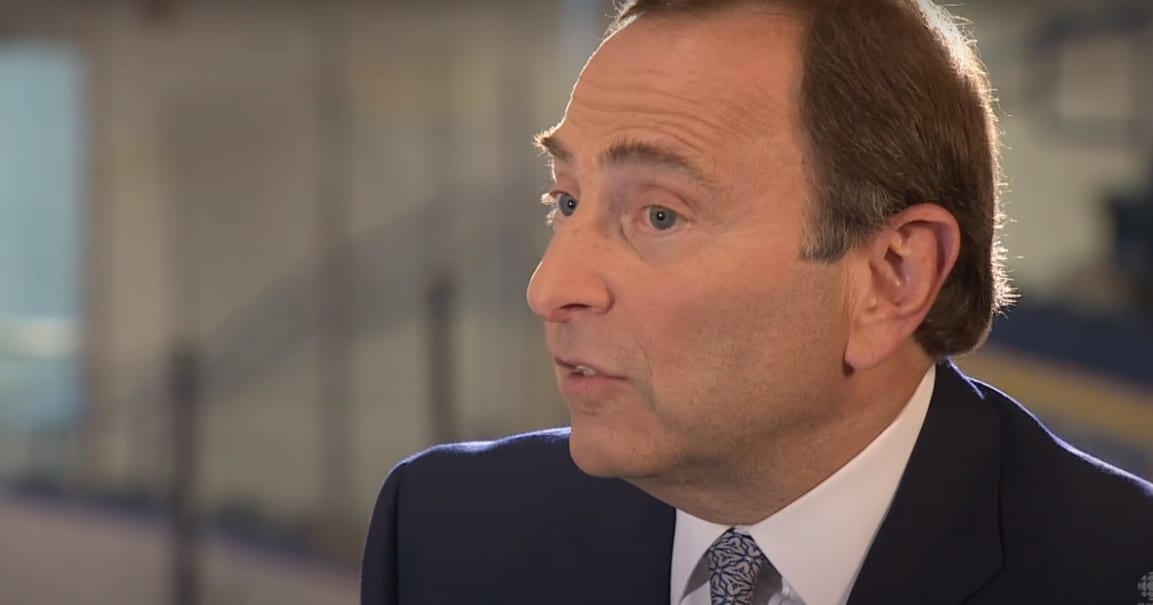 Gary Bettman Net Worth: How rich is the National Hockey League Commissioner?

The NHL Commissioner’s job is to handle all financial aspects of the game. Bettman runs an industry worth over six billion dollars. His compensation check should be a very big one. Consider that each team’s average worth is $653 million. But it would surprise you that Gary Bettman net worth is about $39 million dollars. You can still live very well as a New York millionaire! Bettman’s expansion, relocation, and realignment of the National Hockey League became apparent when he took over, and since his tenure is a positive one. Despite fighting three lock-outs, one coronavirus pandemic, and the morphing of broadcasting rights amidst the streaming wars and cable cancellations, Bettman’s work is impressive for the 67-year old who’ll likely retire in the post.

Bettman sure is controversial. His handlings of three worker strikes made him unpopular with NHL fans, he constantly gets booed and ignores his criticism. His job is making money for the league, and for that, he doesn’t need liking. He just needs action and a field of maneuvers. It’s become a sort of a weird sports tradition that the handing over of the Stanley Cup gets booed because it’s Gary Bettman doing the handing. Impervious to criticism, disingenuous in his comments, and efficient in handling the cash business. That’s Gary Bettman!