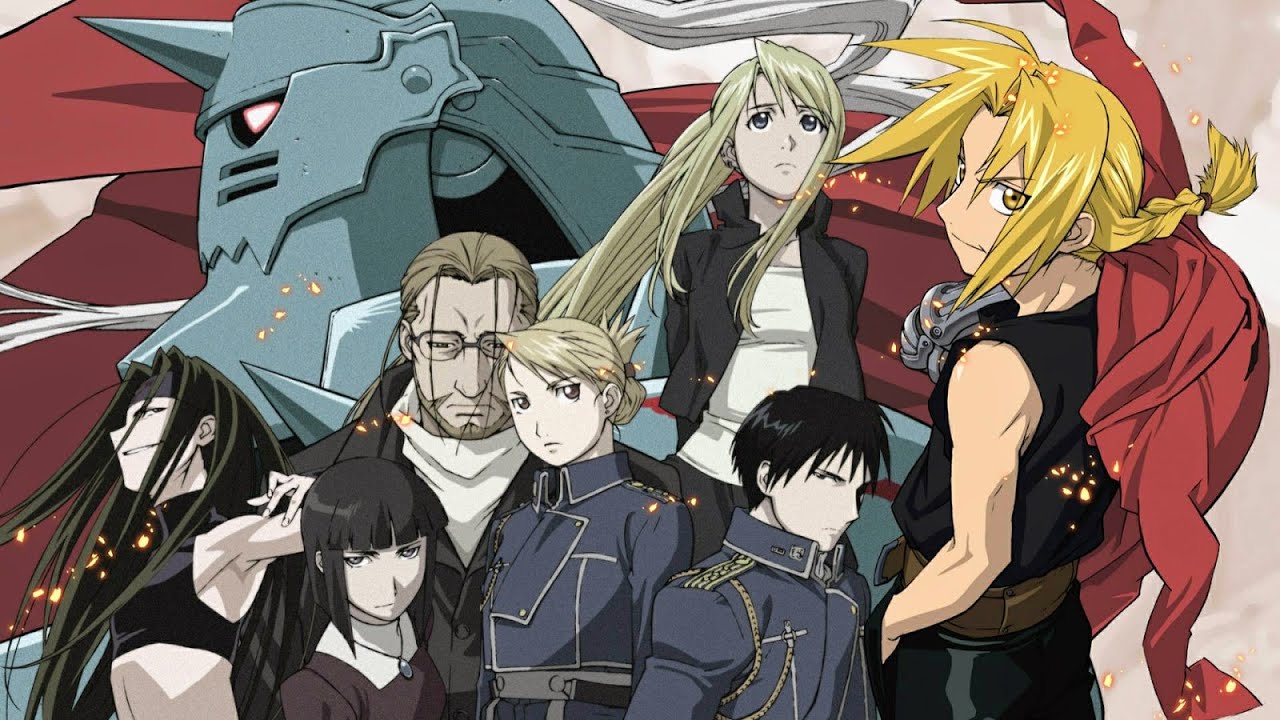 Fullmetal Alchemist Characters Birthday. Here is the list of birthdays of the main characters of Full Metal Alchemist along with their zodiac signs. Full Metal Alchemist is one of those new-age animes which have made the crowd go crazy after it. This extremely cool piece of work in a Japanese manga series written and demonstrated by Hiromu Arakawa. The manga was initially released on 12th July 2001 and ended on 11th June 2010. Later in 2003, the manga was adapted into an anime series that premiered on 28th February 2003. The anime was super popular, and it has two movies based on it named Fullmetal Alchemist: Brotherhood (2009-2010) and The Sacred Star of Milos (2011).

The plot of the anime and manga goes around the life of two brothers named Edward and Alphonse Elric. Unfortunately one day their mother Trisha dies due to illness. The Elric brother was depressed by the sudden death of their mother and tried to make an attempt to revive her using the method of Alchemy. The experiment failed miserably and resulted in Edward losing his left leg and Alphonse losing his whole body. Now their life aim is to search for philosopher’s stone and restore their bodies. The plot of the series was quite unique attracting many viewers.

ALSO READ: 40 Quotes From Fullmetal Alchemist To Inspire You

The plot of the anime series is set up back 100 years ago. It is set up in the fictional world of Amestris. In the fictional world of Fullmetal Alchemist, Alchemy is the most practiced science. The science of Alchemy works according to the Law of Equivalent Exchange. In order to use the powers, Alchemist has to provide something equally valuable as their motive behind using alchemy. They can sacrifice anything unless it is a human or gold.

Just maintain the relevance and the ancient touch. The writer didn’t introduce any particular date of birth for the characters. Only the year of birth is available and the months that they are expected to be born. However, the dates and months are there for some characters which have been mentioned. Along with the birthdate, there will be some spoilers about the characters so, we recommend you skip it if you didn’t watch the anime yet.

Edward Elric is the protagonist of both the manga and anime of Fullmetal Alchemist. He is the youngest state Alchemist of history. In an attempt to revive his mother through the method of Alchemy he lost his right arm and left leg. In order to restore his body back, he along with his brother is on a mission to find the philosopher’s stone.

Edward is a short heighten boy even shorter than his younger brother. Have long golden blonde hair and golden eyes. His personality has a tint of immaturity, is stubborn but is very strong-willed. Occasionally, he also shows some traits of being self-absorbed and selfish, running selfishly after his desire to lay his hands on a philosopher’s stone. Winry Rockbell is defined as the love interest of Edward and later in the series, they both get married. Being the protagonist he must have something that is distinguishable. He is the prodigy of Alchemy and has a genius-level intellect. 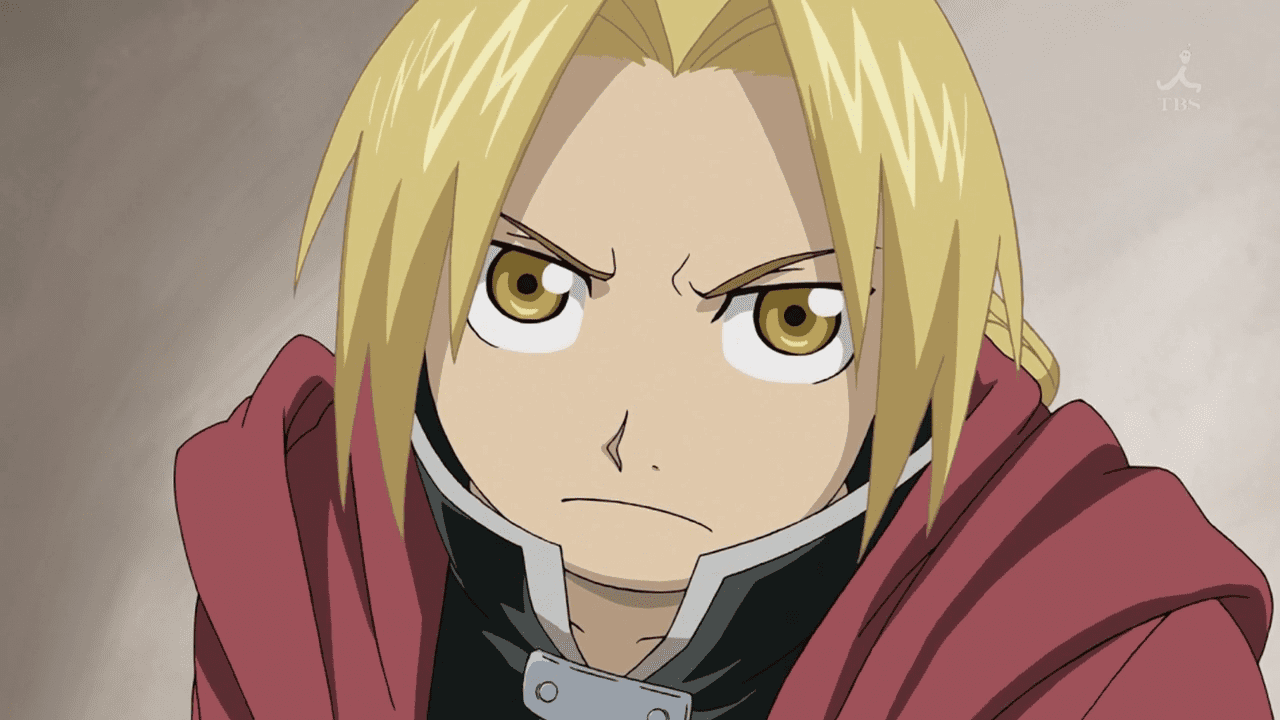 Alphonse Elric is the younger brother of Edward Elric better known as the deuteragonist of the Fullmetal Alchemist. Although being the second most important character, Alphonse hardly showed his face throughout the series. The reason being while trying to revive his dead mother, he lost his whole body. His soul is not residing inside a gunmetal-colored steel armor. He looks all tall due to the metal armor however has a very passive and calm personality.

As for his human appearance, according to manga is somewhat looks similar to his brother Edward. He was a blonde simple looking boy. Despite being younger than Edward, he was tall and showed some more mature traits. Generally, Alphonse is referred to as Al. Even though having a rough and unfortunate past, he might get filled with insecurities but didn’t lose his kind heart in the process. He is highly patient and has a very emphatic nature. 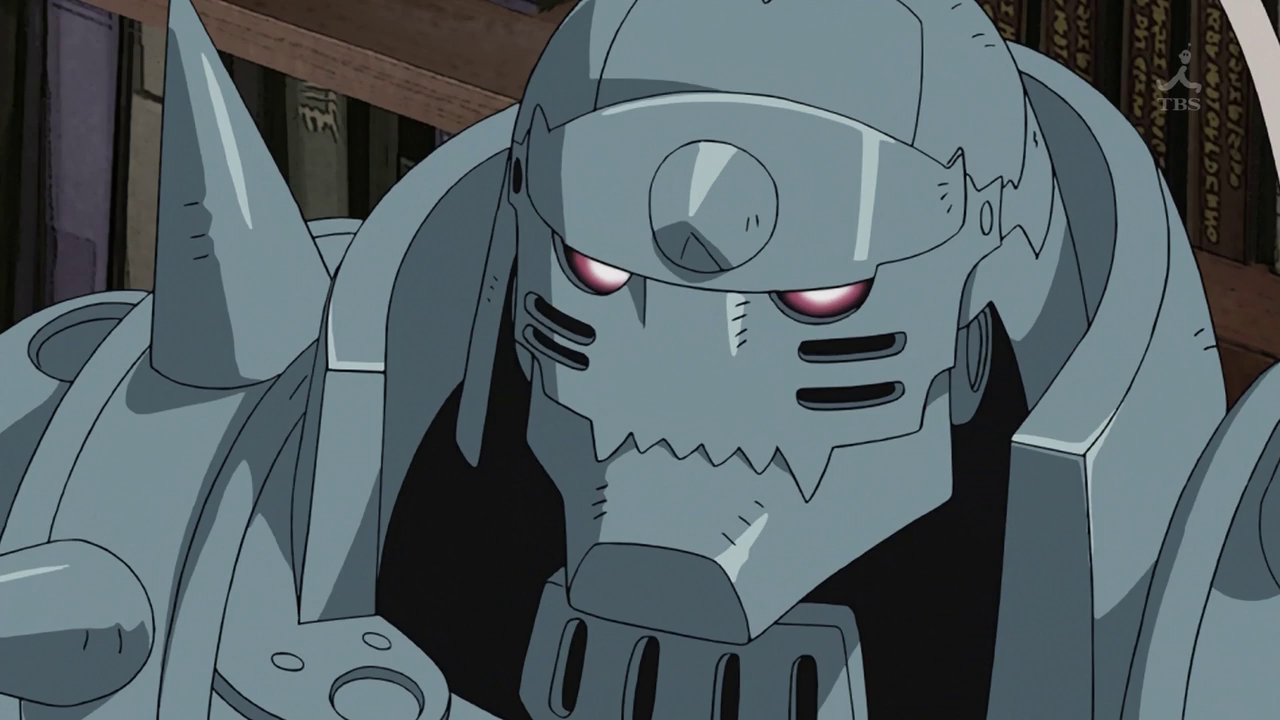 Winry is the supporting character of the series but can be considered one of the mains. She is recognized as the childhood friend of Edward and Alphonse Elric. In the whole series, Winry shows a soft corner for Edward clearly showing that she has a love interest in him. Later in the series, she is married to Edward. She is an automail engineer and rear line support and a personal mechanic. She was the one who designed a prosthetic leg for Edward and made sure that it worked really well for him.

Winry is a young and beautiful girl having golden blonde waist-length hair. She usually ties her hair in a sleek back ponytail. Although being so talented and smart, she is a very emotional and empathic person. Shows really enthusiastic expressions around machinery and is really very capable of handling those stuff of her expertise. Other than machinery, she also has some surgical knowledge. She even practiced and grew up as a family surgeon. The proof of her being medical intelligent is that she successfully delivered Ridel and Satella’s Child in the anime. Other than these abilities can also throw some hands when needed. Even in some parts of the series, she started learning baking from Gracia Hughes and became a specialist in baking apple pies. 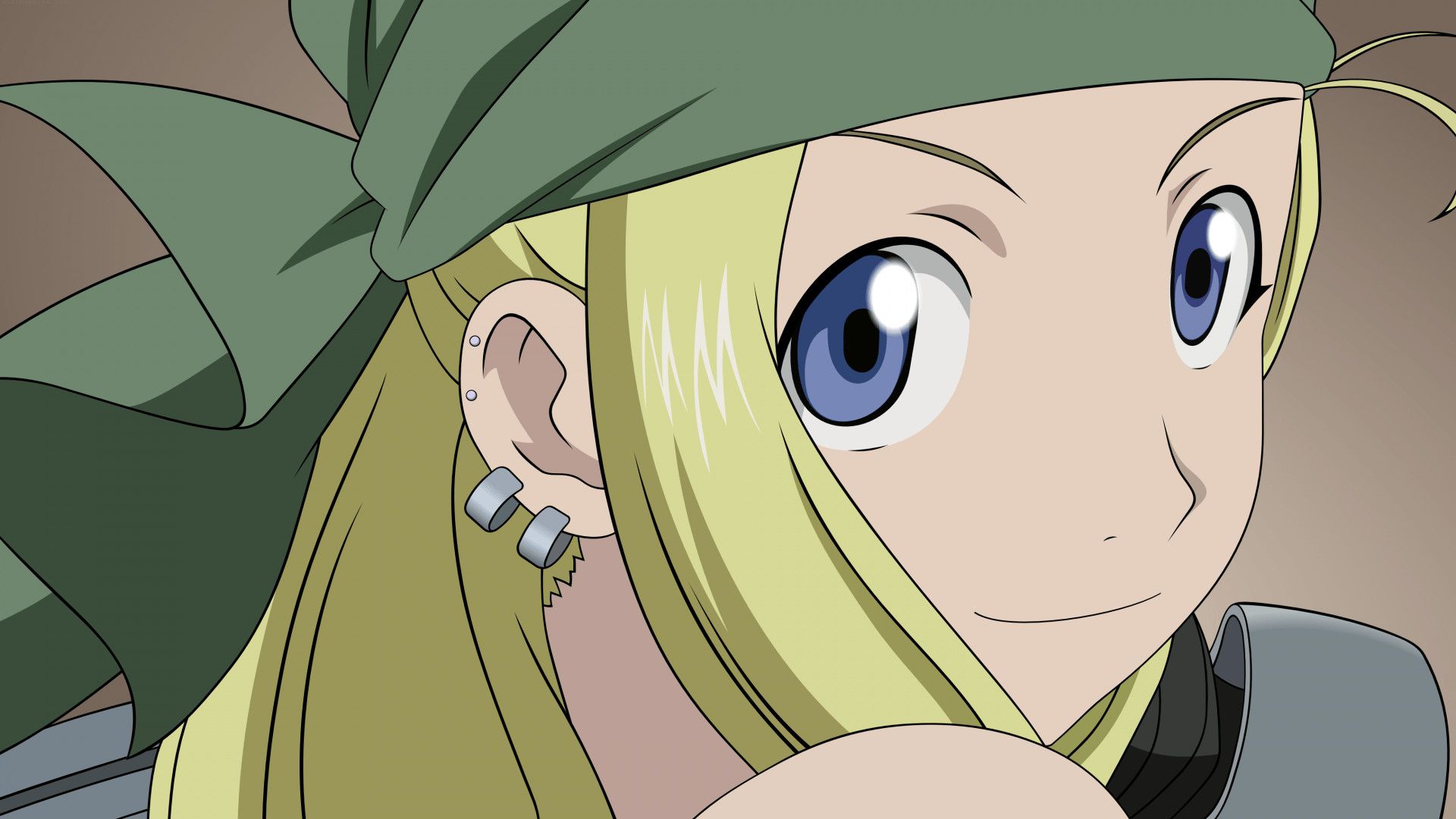 Ling Yao is the 12th Crown prince of the easter nation of Xing and the liege of the Yao Clan. Ling managed to secure his position on the throne after struggling and participating in deadly inter-house competitions. In appearance, Ling is a tall and mature man even being younger than Edward. Although he went through some severe combats, his actions are filled with silliness. He is a lighthearted person and can be witnessed making some comical appearances in the series. However, his other side is totally different from this one. One time he is a silly boy and other he is one matured determined young man that got some serious looks. He has a very special ability to manipulate people and situations according to his likings. Ling is a very skilled analytic and can analyze any situation keenly.

Ling Yao is also known for his exceptionally good combat skills. A literal expert when it comes to showing off his Xingese style of martial art. Along with being an expert martial artist, he is a very skilled swordsman and tackles the opponent very calmly. 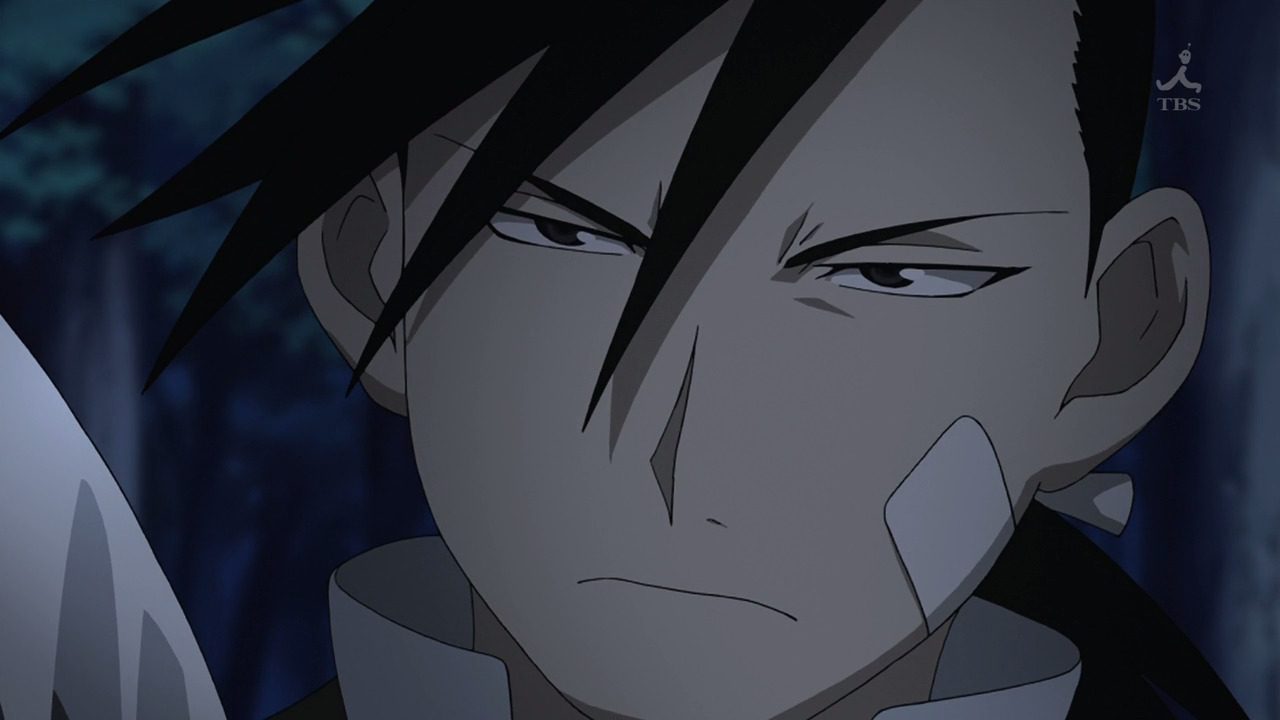 Roy Mustang is very known as the Flame Alchemist and is the tritagonist of the series. He is an officer in the Amesterian State Military. He is referred to as a hero of the Ishval Civil War and is a superior officer of our protagonist Edward Elric. Roy is a highly capable officer who aims to become the next Fuhrer of Amestris. From the appearance is a young man with no beard and with black eyes. He has dark hair and is very good-looking. Most of the time, he stays quite formal and somber in the hardest of situations. When it comes to dressing, he is very choosy about it. He is a fan of classy and sleeked attires.

Roy has some self-absorbed personality traits. He is a very well-known womanizer who is famous for his stories with his colleagues and subordinates. Although being a high-grade officer, he acts according to his self-interest and seems to be selfish. The name he got Flame Alchemist is due to his ability of ‘Flame Alchemy’. Even after having so many bad traits as a person, he is very capable and trained and one of the elite State Alchemists. 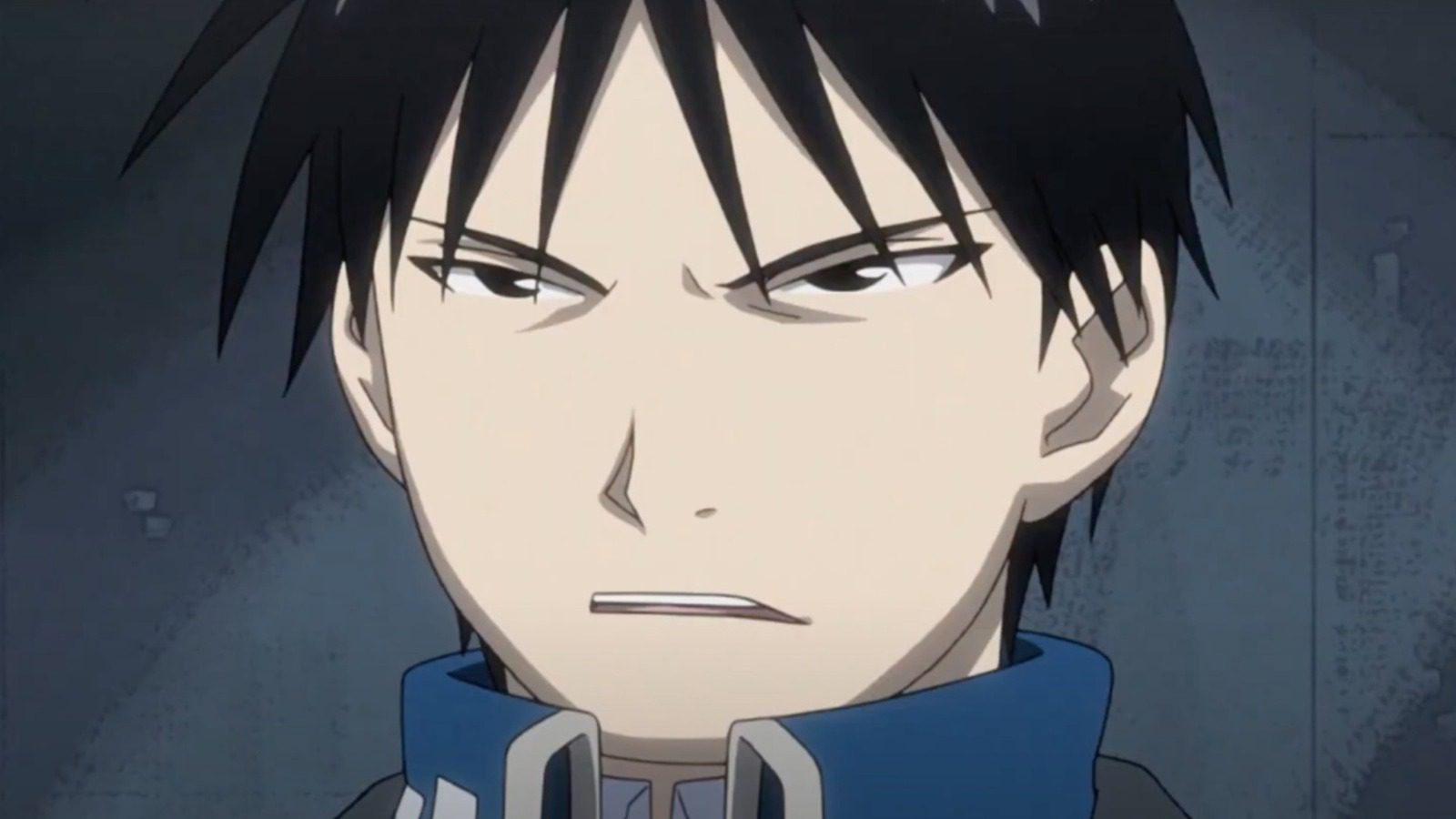 There are many other characters are left that can be considered important as main characters in some of your opinions. The list above is of the major characters of the series in my opinion. If you are unaware of the whereabouts of reading Fullmetal Alchemist manga then you can stream it on Viz Media. The anime series is available to stream on Funimation. Both the sites mentioned are legit and you have to subscribe to them to enjoy binging Fullmetal Alchemist.