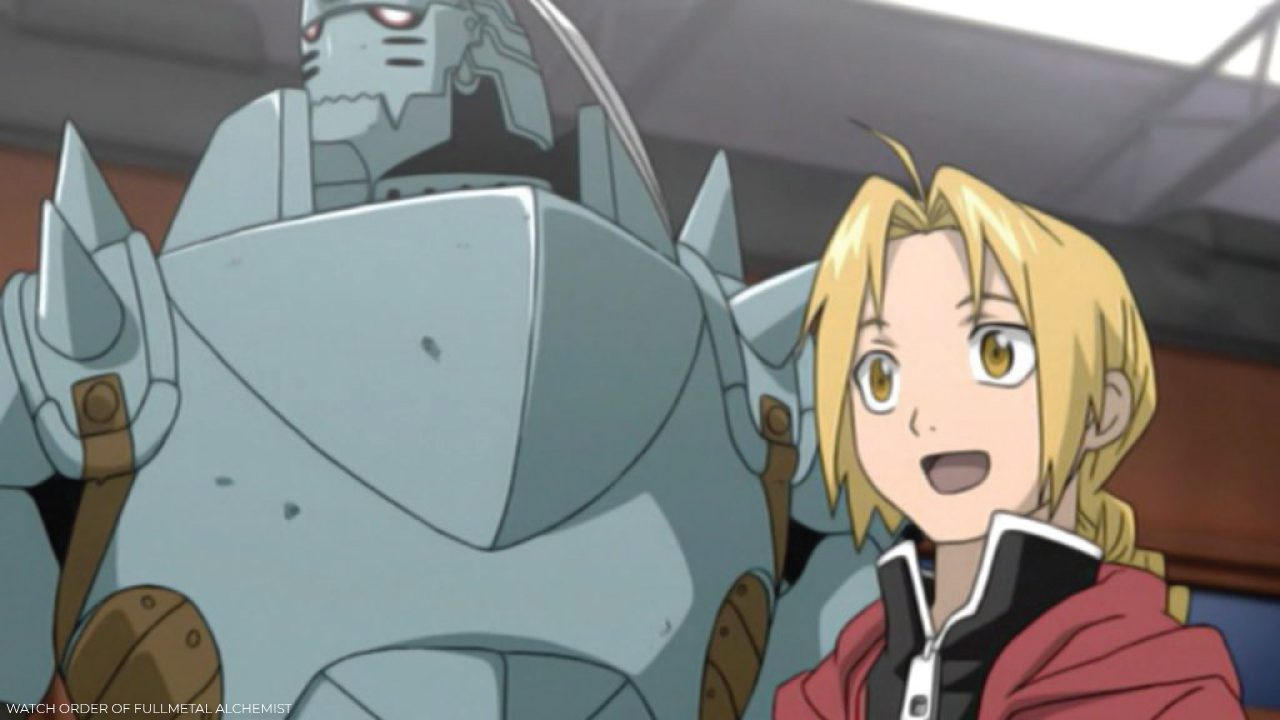 The following article focus on the watch order of Fullmetal Alchemist anime. Millions of people watch anime all over the globe. Different people like a different genre. If someone is asked about their favorite anime, then that person will speak from their perspective. Two people may not have the same favorite anime. But when it comes to Fullmetal Alchemist, even it is not the best; it is bound to come in everyone’s top ten best anime lists. Fullmetal Alchemist has been at the top since the time of its release.

It is adapted from the manga of the same. Just like Mob Psycho 100, Fullmetal Alchemist is also produced by Bones animation studio, along with Mainichi Broadcasting System and Aniplex. Fullmetal Alchemist is written by Hiromu Arakawa. The storyline has maintained its steady pace, and the characters move beautifully as the story progresses. With enough talking, let us get into the topic.

The Fullmetal Alchemist anime follows the journey of two brothers: Edward Elric and Alphonse Elric. The anime begins with the Elric brothers trying to revive their dead mother with the help of alchemy. Thinking that the method would work, but the plan backfires. Edward Elric loses a hand and a leg, and Alphonse Elric loses his body, and his soul gets trapped in armor. From there, their journey begins. With several important characters, the anime did not disappoint the viewers.

Fullmetal Alchemist ran from 4th October 2003 to 2nd October 2004. The anime has 51 episodes with a runtime of 23 minutes. The anime has some awesome fight sequences. The past of each character is shown to clear the doubt from the viewer’s mind. It is beautifully done, a piece of perfection. Overall it is a must-watch anime. It is available on Netflix.

People can skip it or watch it; everything depends on their own choice. Fullmetal Alchemist: Reflections was released on 19th March 2005 and has a runtime of 55 minutes. The plot is nothing new. It follows the story of Fullmetal Alchemist anime. People doing a binge-watch can avoid it, but people who saw Fullmetal Alchemist a long time ago can watch it. It will save their time and give them a brief about the anime.

It was released on 23rd July 2005. 2005 was a good year for Fullmetal Alchemist fans as two movies were released in the same year. Fullmetal Alchemist: The Movie – Conqueror Of Shamballa has a runtime of 1 hour 45 minutes. The movie was a massive hit with a 1.22 billion Yen collection at the box office. The plot of the movie is that the Elric Brothers get dragged into the gate of alchemy. Even though Edward got his limbs and Alphonse got his body back, the situation got reversed. They reach a world where the current year was 1923.

The situation got even worse when they lose their alchemy powers. To know more, watch the movie. It is a must-watch in the Fullmetal Alchemist marathon.

It was released on 29th March 2006. Fullmetal Alchemist: Premium Collection is a collection of a few videos in the main anime that were not available outside Japan. It should be watched to know the full details about the anime.

It is an OVA collection from the Fullmetal Alchemist: Brotherhood series. For a fun experience, people can watch it. It has a total of four episodes with a runtime of fifteen minutes each. It ran from 26th August 2009 to 25th August 2010.

It was the last movie of the Fullmetal Alchemist franchise. It was released on 2nd July 2011. The movie has a runtime of  1 hour 50 minutes.

All Xbox Game Releasing In September 2021