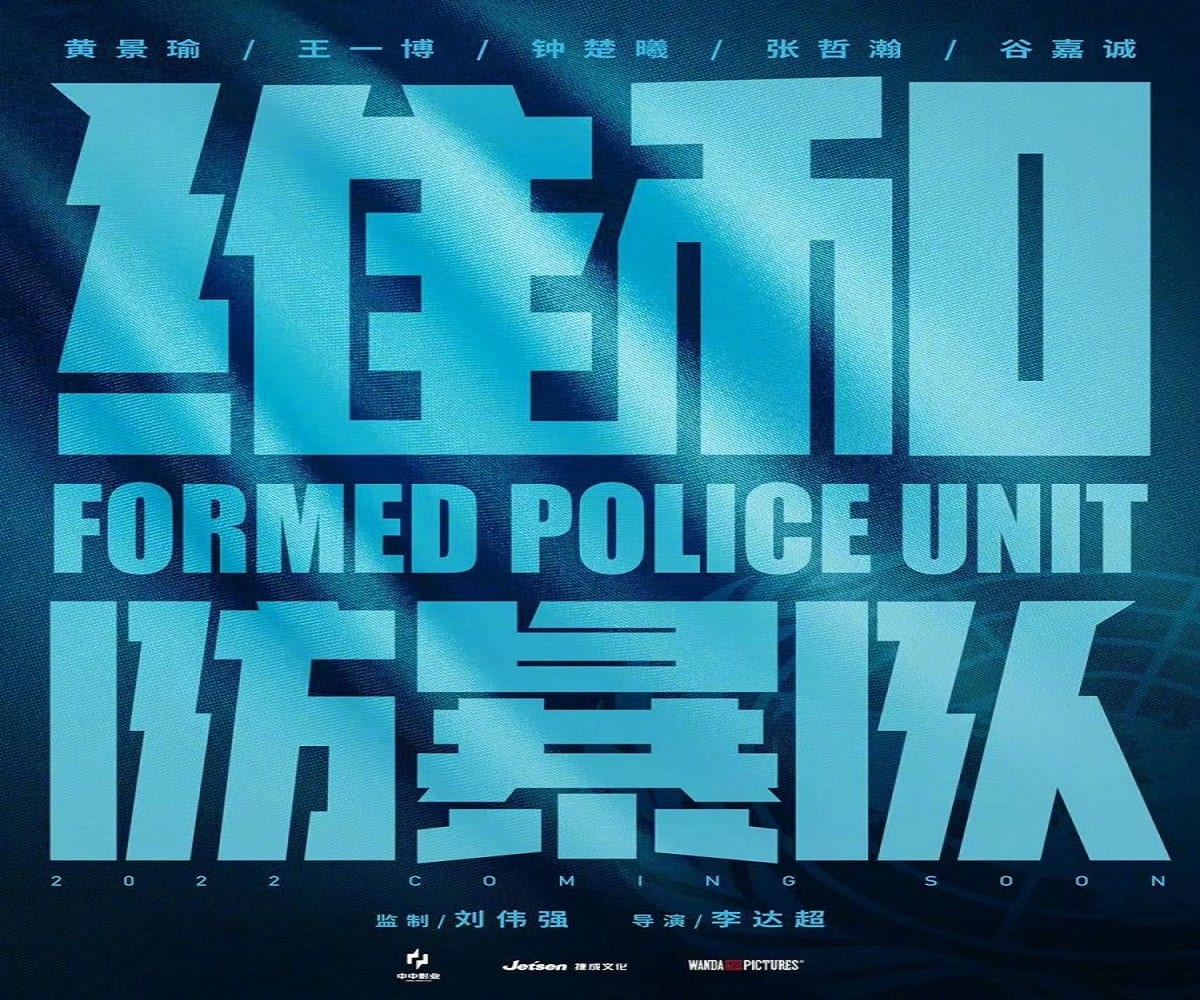 Formed Police Unit is the latest upcoming Chinese movie based on the police participation of the Chinese in the peacekeeping missions of the UN. The movie is made as a tribute to the peacekeepers and showing how peace is treasured and loved by the Chinese people. Furthermore, the cast of the movie is also creating quite the hype as got their attention from starring the same BL Chinese drama previously. The other name for the movie is Wei He Fang Bao Dui. Li Dachao is the director of the film, with Liu Weiqiang as the Chief Producer. Well, another reason for the popularity of the movie is the time and people involved in the making.

The film has been in early preparation and production for three years and finally got completed recently. Moreover, the production involved more than 1100 people in its making. Furthermore, the director of the movie has already given some hits blockbusters such as Confession of Pain, The Captain, Infernal Affairs, etc. Even the action choreographer, Director Lee, trained the famous Hollywood actor, Keanu Reeves. So, viewers can expect some good actions and directions of the film. The film is said to release in theatres. Now, let’s know in details what we know about the upcoming suspense action Chinese film.

Formed Police Unit release date is not yet officially set. There is no official confirmation regarding the exact release date of the film. However, there is an expected release date for the same. Formed Police Unit release date is due until next year. Thus, the film is coming in the year 2022. There are higher chances that the film is coming at the beginning of the year as the movie is in the post-development stage. Furthermore, the official trailer and teaser release have also not taken place yet. Usually, a film releases one month after the release of the official trailer. 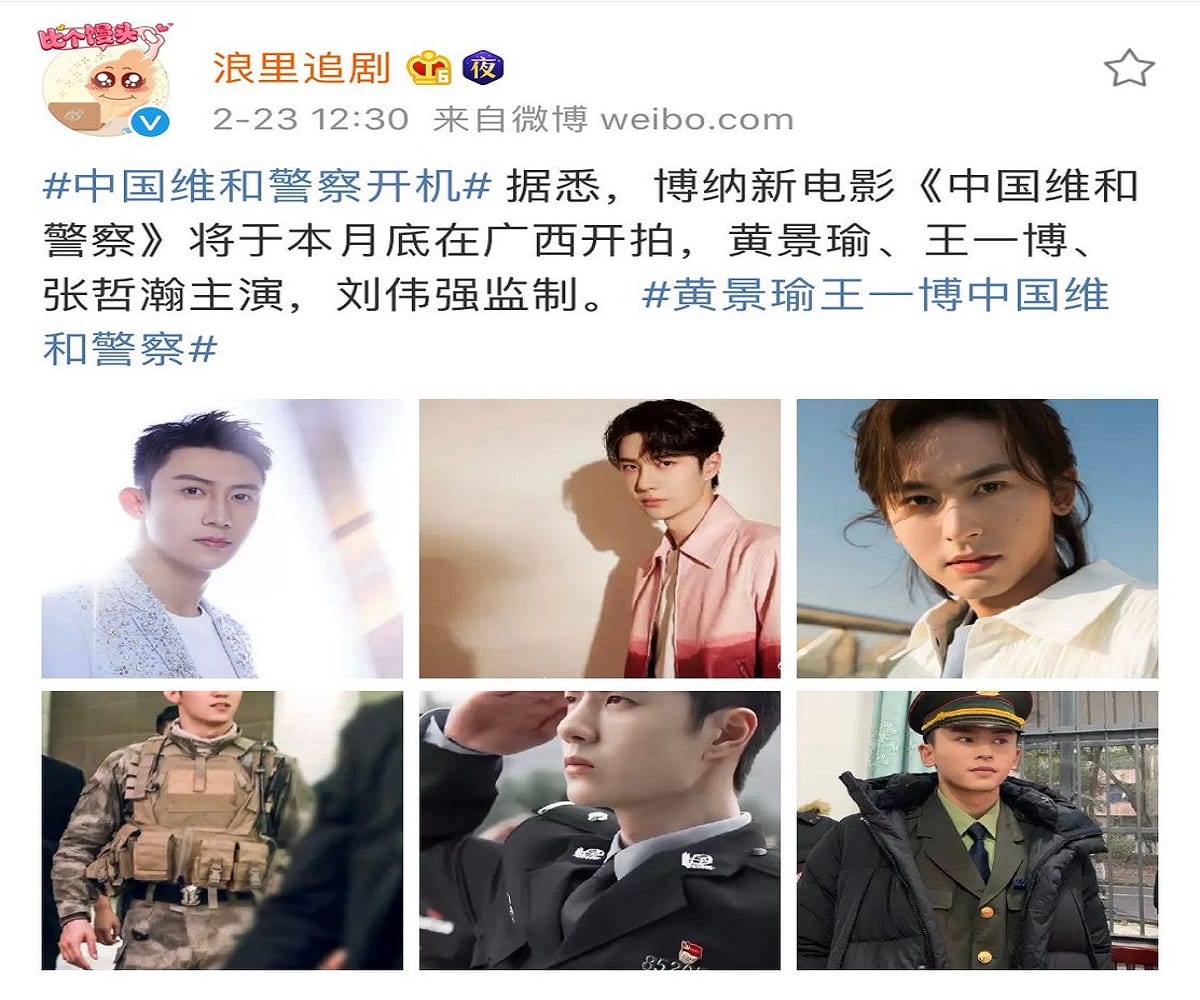 As stated, Formed Police Unit is still in the post-production stage. The shooting for the film got completed. It took place for two months at Guangxi Province’s Beihai. Filming started on February 27, 2021, and came to an end on May 6, 2021. The release for the official took place. Zhong Zhong Film, Wanda Pictures, and Jetsen are the production company involved in the making of the film. Furthermore, many details of the movie are still kept under wraps. Nevertheless, the film is made highlighting the units of the Chinese police. Thus, it is some real-based events.

Formed Police Unit official cast is revealed. The official cast for the film is Johnny Huang, Wang Yi Bo, Eliane Zhong, Zhang Zhe Hong, and Jason Koo. They are respectively portraying the role of Yu Wei Dong, Yang Zhen, Ting Hui, Zhang Yong Quan, and Jiang Xiao Yang. There is no revelation for other additional casts as of now. Three casts of the movie, Huang Jingyu, Zhang Zhehan, and Wang Yibo, are getting quite the attention as they rose to stardom after their portrayal on the same drama of BL genre. The executive producer for the series is Liu Xuewu, Deng Hao, Zeng Maojun, and Xu Ziquan.

Formed Police Unit plotline revolves somewhat around real events surrounding the Chinese people units. The movie will portray the Chinese peacekeeping police. They go for completing their missions abroad and overseas. Furthermore, they also have to protect others and put their lives on the line for doing the same. Loyalty is their main unique characteristic. They are very active and responds to calls from different countries for maintaining stability and security worldwide.

Obviously, they face different challenges and problems in this line of job. This time too, they respond to such a call and goes to another country. However, they do not know what is waiting for them at this time. Can they solve the problem too this time and return to their country? Do they face some unforeseen events and dangers in the new country? It will be interesting to watch the movie as it features real-life situations and what the law enforcement officers do for keeping safe the whole world. Even before its release, the movie is catching the attention of the public.