Forecasting Love and Weather: Everything About the New Teasers!

The upcoming South Korean drama series “Forecasting Love and Weather” has again set the internet on a buzzing mode. 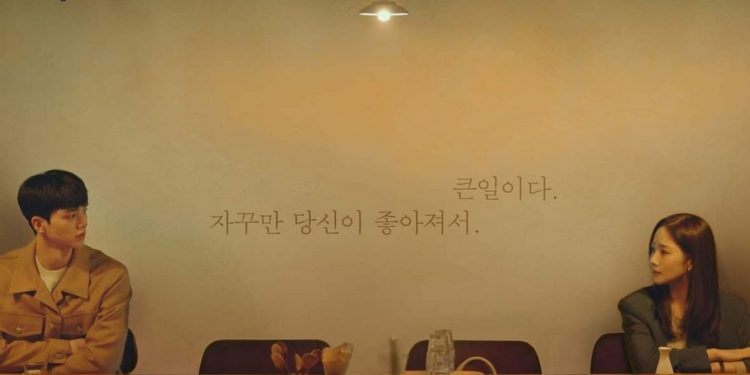 The upcoming South Korean drama series “Forecasting Love and Weather” has again set the internet on a buzzing mode. With the release of its new teasers, the series has bagged several headlines of the majority of media handles out there. Fans out there are really excited about this new release from the creators of the show, and their excitement can be seen throughout the internet. Moreover, they have spammed every social media platform with all the possible theories the teaser can be fit into.

Portraying the genres of romance and melodrama, the JTBC series is going to be a roller-coaster ride for everyone out there. The hype created by the show out there has fueled the nerves of everyone, and it is good to see that the fans are complimenting the eagerness. The drama is also known with other names like “Office Romance Cruelty”, “Meteorological Office People”, “Love Affair Cruelty”, and “In-House Love Cruelty”. Furthermore, the drama series is going to bring a new story pattern of workplace romance where the female lead is quite uptight with her job, and the main lead is packed up with seriousness and clumsiness. Of course, it would be fun to watch the chaotic duo build up their story.

Here, we have summarized all the details about these new teasers of the show. Therefore, let’s have a quick look inside.

The drama series has released two beautiful teasers of the show, and the audience out there can’t help but be extremely happy about the same. In the first teaser, we can see the text “1% weather probability can change, and so can people’s feelings.” Of course, the beginning was really captivating, and the lines hit hard for all the viewers out there.

As the video progressed, we saw the weather forecast director Go Bong Chan in a very strict personality zone as the weather can change constantly. Many opinions collide when Um Dong Han, the senior forecaster comments, “Forecasts are probabilities,” and his opinion is crushed down when Lee Si Woo, a breaking news reporter, argues back that that’s the reason forecasts are always wrong. In the teaser, we also see Shin Suk Ho, the neighborhood forecaster, and Oh Myung Joo, the analysis action officer busy with the hectic, high-pressure work stress.

Later, we see Jin Ha Kyung commenting that even if the forecasts are predictions, it is their job to collect and use accurate data to make these weather predictions. And, in between all of this, we also notice that the eyes of Lee Si Woo stand completely glued to her.

Coming to the next teaser, the opening is done with Jin Ha Kyung questioning Lee Si Woo about his personality, to which he answers that “It is going to rain”. And, exactly at that time, the sunny sky gets clouded, and it starts pouring. This leaves Jin Han Kyung confused, and she reaches out her hand to the rain outside.

Later, we see a confession by Lee Si Woo where he admits that his attraction towards Jin Ha Kyung is getting bigger day by day, and that’s getting problematic. We see them hugging in an office where Lee Si Woo reassures her by saying that she doesn’t have to worry about them being caught. We are sure that their hidden romance is going to bring a lot of adventures ahead.

Forecasting Love and Weather: When Is the Release Happening?

Directed by Cha Young Hoon, the South Korean drama series is going to air its first episode on February 12, 2022. The show has a total of 16 episodes, and each of them has a running period of 60 minutes. Every new episode will be released on weekends i.e., on Saturdays and Sundays every week. If the show follows the original episode release schedule, then we will have the final episode by April 3, 2022.

Moreover, the production team of the drama series has shared that the weather forecast people are going to bring a very thrilling office romance story for all of us out there. It will be unpredictable as the weather and will definitely take everyone under its spell. Therefore, mark your calendars down.

ALSO READ: Tinted With You Episode 8: The Final Turns of Events