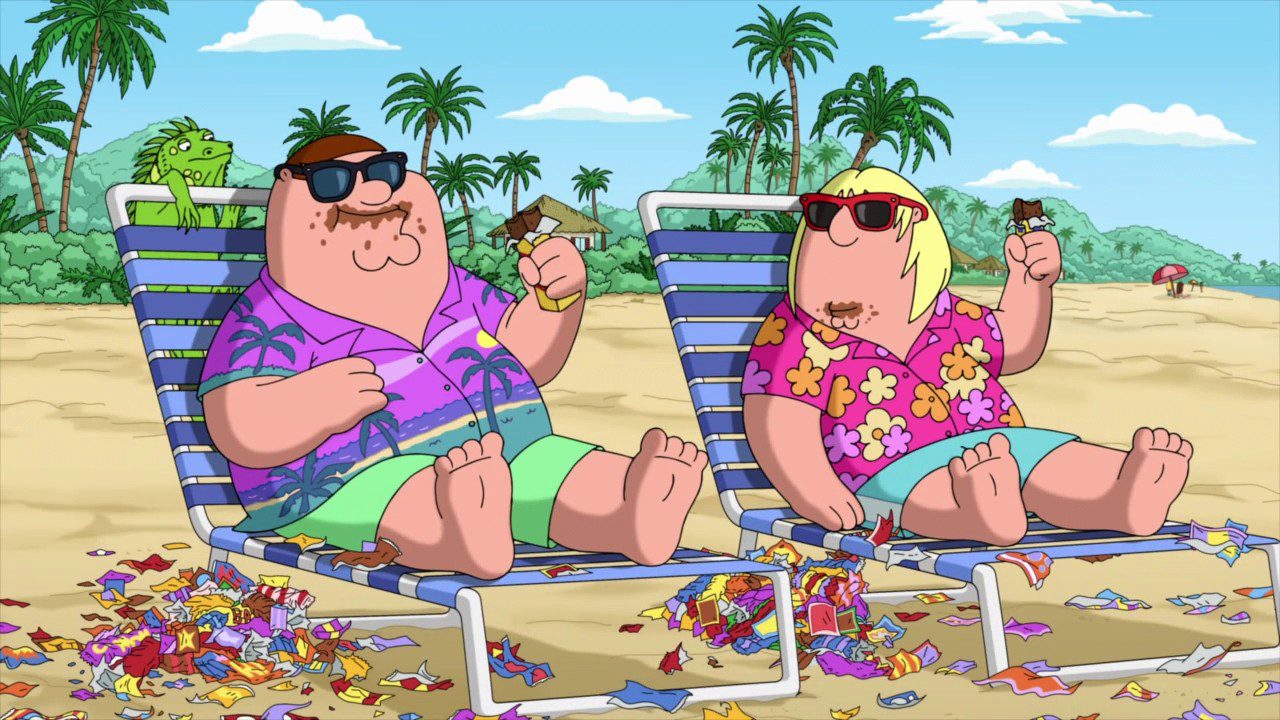 ‘Family Guy’ Season 20 Episode 4 will see some of the classic movies from the 80s coming to life. Yes, Peter has a heart for things of the past, and he is making sure to relive them. We already had episodes when he and his friends revisited some classic stories of their own. Let it be their stories of favorite sports or about the greatest Rockstars that ever lived. The same love continues in the upcoming episodes. But unlike the previous ones where stories were told, here we may have a recreation altogether.

So, before we move to that, recently on the show, Glenn had almost found true love. Yes, almost, that came walking in Halloween. Why almost? The girl was a dog lover, and Glenn wasn’t. But for the sake of love, he decided to lie his way in. Then asked Brian to tag with him in that lie. This one lie later brought the pressure which Glenn could have avoided. But here we are, so let’s take a quick recap on what went down before moving to ‘Family Guy’ Season 20 Episode 4.

Previously on ‘Family Guy Season 20, we opened up with Halloween in the town. Everyone was dressed, and so was Glenn at his house. The only thing was, instead of candy, he was distributing fruits. Amidst all of the kids, he met a woman named Carrie who bought her niece for candy. They became friends. So, Carrie and Glenn did go on a date. Furthermore, he found out about her love for dogs which he very much doesn’t share. But he has a heart for Carrie and pretends to be a dog lover. Thus leading her to ask for another date but with their dogs. 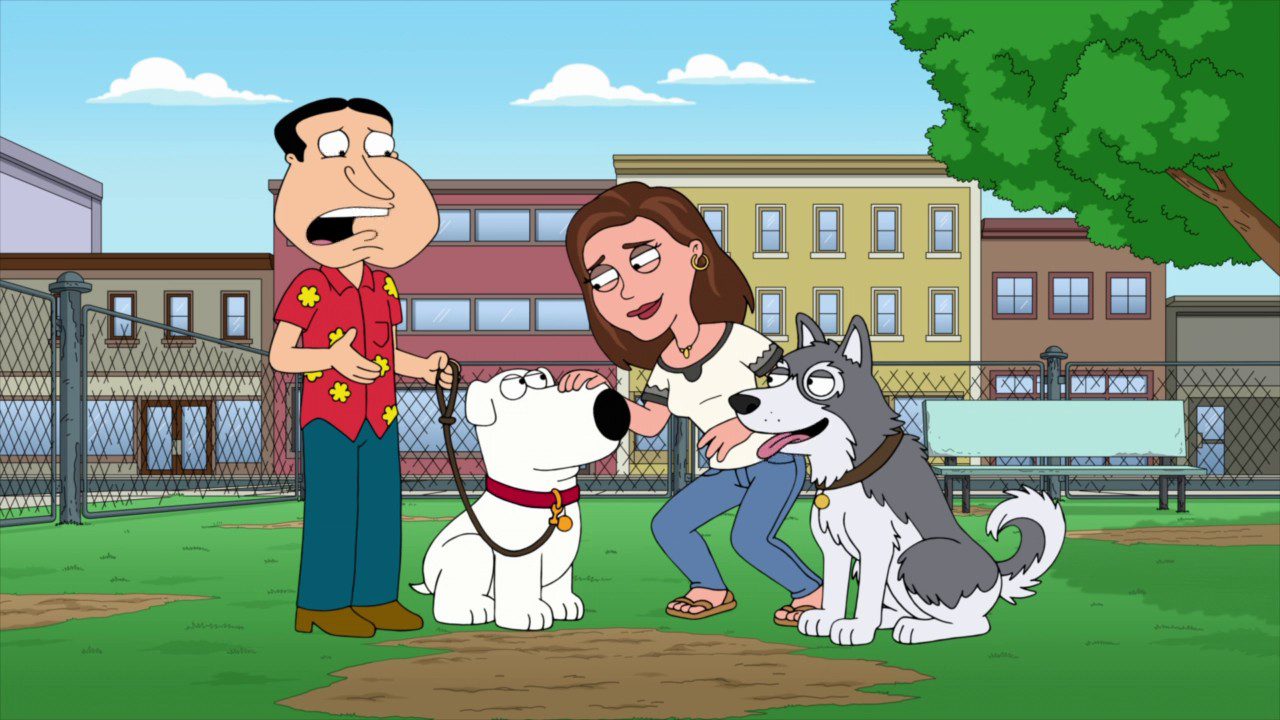 So now Glenn had to buy a dog and took Peter to a pet shop. The only thing is he couldn’t come to a decision to buy it. That was until he came across Brian and asked him to tag along. Apart from that, quickly blackmailed him into acting like a regular dog. So they went on a date, and everything went well. Amidst this, Stewie finds out someone is stealing his candies. Chris tags along to help him as he says it’s Dad. He used to steal his candy, too, when he was young.

Things were working for Glenn until Carrie brought a number of dogs into the house that needed help. Brian didn’t understand Glenn’s desperation, and Glenn revealed that he was in love. So Brian decided to bring a bigger step as he managed to trick Glenn and directly present Carrie with a wedding ring on dinner. On top of that, she said yes. 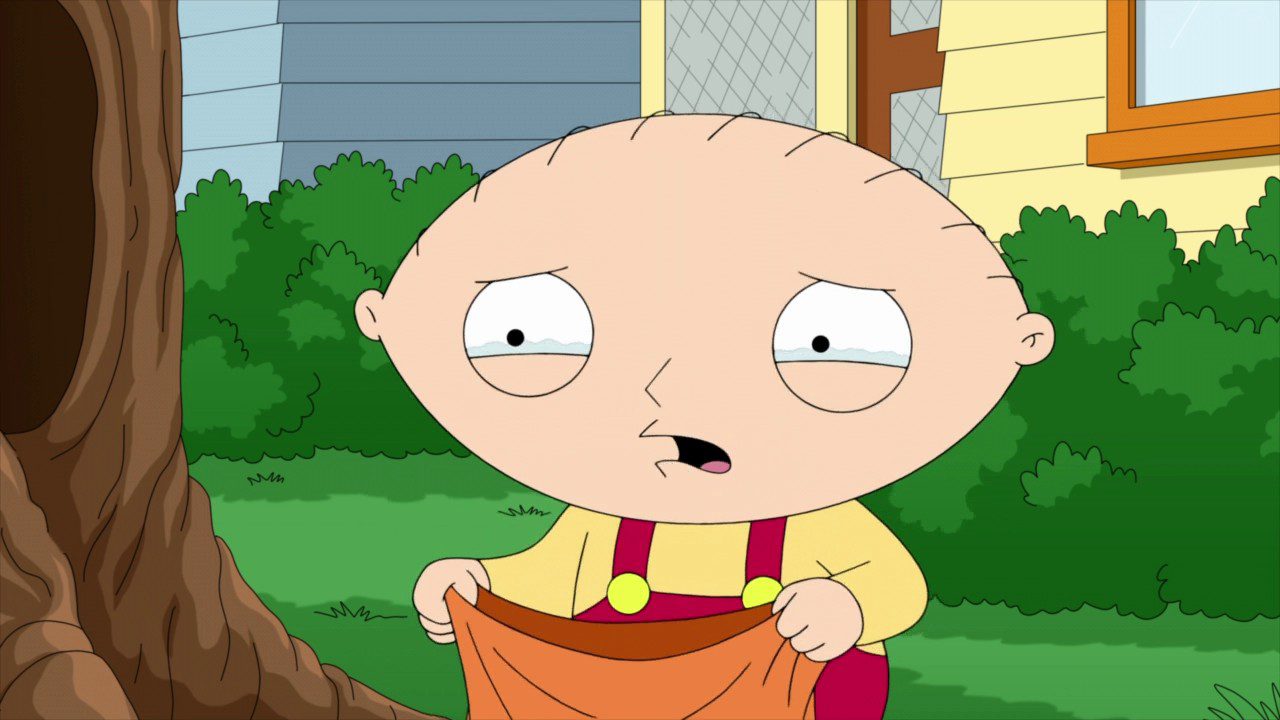 As the days went by, Glenn found it very difficult to adjust with so many dogs around in the corner. On the engagement day, the same dogs climbed upon Glenn the moment he said walk. That’s when Glenn decided to come true and tell Carrie he doesn’t love dogs. Carrie found it okay but believes he shouldn’t have lied. Thus she breaks the engagement off. Glenn promised Brian sweet revenge for this. Apart from that, Chris tricked Stewie into believing that he was here to help. But even he stole the candy in partnership with his father Peter to eat it somewhere in peace.

‘Family Guy’ Season 20 Episode 4 is releasing on October 17, 2021. It is titled” 80’s Guy”. The official synopsis of the episode says we may see Peter all of sudden being nostalgic about the 80s. It reminds him of some of the classic movies of that time that made an impact on the world. In turn, he is led to recreate those magical moments from the movies on his own. So who may join him in the attempt that may succeed or only wreak havoc? Probably his friends Glenn, Cleveland, Joe, and Jerome, or his family members.

Apart from all of this, Stewie has found himself in the battle with Doug all over again. Yes, they have been quite carrying quite a few grudges. More recently, Lois had crashed her car into him. But anyway, that’s in the past. He has challenged him to retrieve a frisbee that is at the top of the jungle gym. Who may grab their hands first? Well, that remains to be seen.