Esmé Bianco, the fame of Contemporary drama series “Game of Thrones,” is a British actress, DJ, model, and neo-burlesque performer. She started her career with her appearance in music videos of Robbie Williams and Slayer. Her modeling career further proliferated as a lingerie model for Agent Provocateur, Modern Courtesan, and Atsuko Kudo. Her modeling and acting Career is the reason behind her ‘Self-made millionaire’ title. Oh! We just got some hint about Esmé’s net worth. Exciting, isn’t it?

Esmé started her career as a model but gained a lot of popularity with her appearance as Ros in the HBO series “Game of Thrones .”She appeared on the show in 2011, which got her immense fame. And then, she hung around as a part of the series until its third season in 2013. Her link up with Marilyn Manson, which came out in “New York Magazine,” also gained her publicity. She is also a noteworthy media personality with over 186K followers on Instagram. Bianco is also handy on other social media platforms such as Twitter, with 50.2K followers.

Also Read: Who is Emilia Clarke, How Did She Receive International Fame and Recognition?

Inspired by traditional American artwork, Esmé aspired to become a non-burlesque artist. She entered into the modeling world performing dark and comedic acts, one of the particular ones being “White Wedding.” It took a long time for her to mark her name among the editor’s lists. Esmé worked in various movies like “Chemical Wedding,” “Dead Man Running,” “Burlesque Fairytales,” and “The Big I Am,” but she became a household name in America as one of the Game of Thrones’s stars cast. She left the show in 2013, and her other big project was a horror thriller, “Living among us.” She has portrayed the role of Claire in her latest movie Hypnotized. Esmé was also featured in several TV series such as Star vs. the Forces, The Magicians, etc. Bianco is also a model face for famous painters Peregrine Heathcote and Christian Furr. 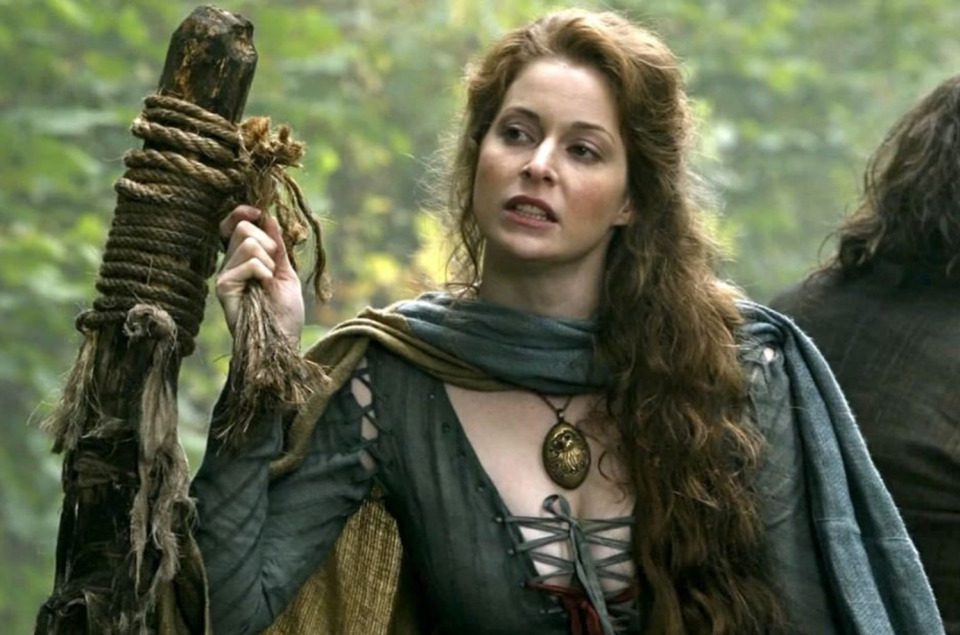 Esmé Bianco in Game of Thrones

Esmé Bianco Net Worth and Earnings in 2021

As of 2021, Esme Bianco has an estimated net worth of about $2.5 million. Bianco has earned most of her assets from the American drama series, which almost doubled her income. This turned to be a crucial point for the struggling actress. Because of her massive fortune on Instagram, this businesswoman even endorses several brands and products through it. Bianco has made most of her money from TV series and movies. Her neo-burlesque link-up to have also helped her in the collection a good amount. Being a multiskilled professional, she often comes up with new money-making ideas which help her to triumph over her competent life. The number of years she has put into the modeling industry has assisted her in mastering all the skills that she needs to be prosperous.

Also Read: John Du Pont Net Worth: How Much Was The Convicted Murderer’s Fortune?

Controversies and other Ventures

As Westworld actress Evan Rachel Wood communicated about her relationship with Marilyn Manson, Esmé too made her allegations turned onto him. She denounced him for abusing her physically as well as mentally. Bianco was not the only part of this controversy. Even Ashley Walter, Gabriella, Sarah McNeill, and Ashley Lindsay Morgan supported the allegations. Though Marilyn disapproved of all the allegations and presented them as “horrible distortions of reality.” According to him, this, as well as his previous allegations, are just a part of the publicity for his counterparts. Marilyn Manson was all set to star in his upcoming record label, but this controversy too made him replaced.

As of 2021, Esmé is featuring in the first single of Andy Caldwell titled ‘LIKE A GHOST’ for his upcoming album “Genesis.” She announced this through her Twitter handle. Previously in 2020, she made her appearance on the Puscifer album ‘ Existential Reckoning’ on the song “UPGrade.” As we can see, she is more into modeling right now. We can expect more of her incredible works for other music albums. Presently, she has made her way to the trending topics accusing Marilyn Manson of physical abuse though the information has to be surfaced. Marilyn has filed to dismiss the allegations, which are yet to be investigated. We will keep you updated on this.

By the time I entered into an intimate relationship with Marilyn Manson, I had already been human trafficked and physically & emotionally abused by him.  Years later, when I was diagnosed with PTSD and I started to identity and process what had happened..https://t.co/95qWJJxHRK pic.twitter.com/lq7eS5rKrG