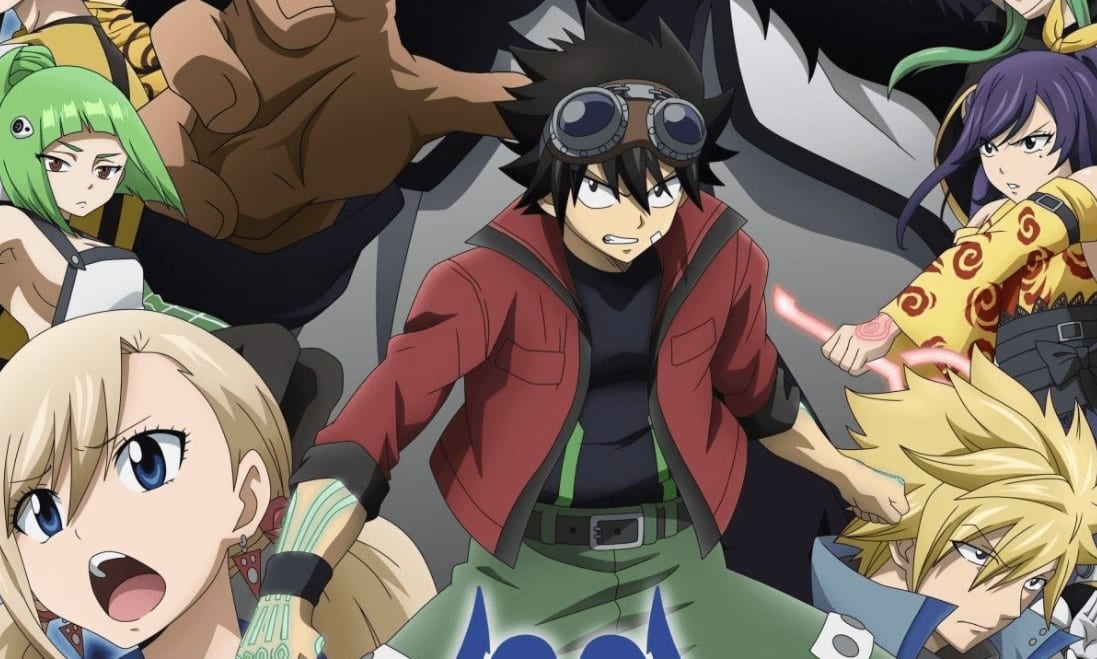 Earlier, Rebecca Bluegarden and Happy traveled and visited the Granbell Kingdom. The Granbell Kingdom is a kingdom that was abandoned for centuries. It is a theme park run by robots; the duo heads there to record videos for their online B-Cube channel. They met with a human boy named Shiki.  Shiki has been living in the Granbell Kingdom ever since childhood. Shiki tries to befriend Rebbeca, but she rejects him since she was not aware of his motive.

She warns Shiki about trying to become friends with the robots. Shiki didn’t care about the consequences and decided to befriend the robots. Later Rebbeca finds the truth about Shiki that he was adopted by his grandfather, known as Demon King Ziggy. Shiki failed to repair his grandfather, and Rebbeca realizes that is why Shiki wants to befriend robots. In the morning, the robots started chaos and act aggressively toward Rebecca and Shiki. The rebels fed the robots with fake news, and they began to hate humans.

The robots mock Shiki that his mechanical skills are weak and he is capable of doing nothing. The show Shiki an auto-repair system that was kept as a secret from him. Later Rebecca realizes that Shiki is a good human and he means no harm to the robots. All he wants to do is to make more friends. Rebecca and Happy accepted Shiki as their best friend. Shiki learned to use gravity Ether Gear.  He battles with the robot named Castella, who told Shiki that it is a sin for the robots to befriends humans.

Shiki told Castella that it doesn’t matter who he is, and he uses Ether Gear to protect Happy and Rebecca. He manages to pulverize and dominate Castella. Afte the battle, the robots turn against Shiki since he has thrashed one of their kind. Shiki realizes that fighting back is a waste of time. He escapes with Rebecca and Happy using a flying ship. On his way, he realizes that the robots were his friends, but the rebels ruined his friendship with them since they brainwashed the robots.

They travel using a ship called the Aqua Wing; Rebecca and Happy told Shiki about their origins and come from another planet. The robots noticed the ship and wanted to attack it, but their race got eradicated. When the Aqua qing is leaving Mother, saw it and had a vision of Shiki’s future. During their travel, the two got to know Shiki well and told him that he is their new bodyguard. They told Shiki that they are going to Blue Garden. When they arrive, Shiki became an adventurer guild of Shooting Starlight. 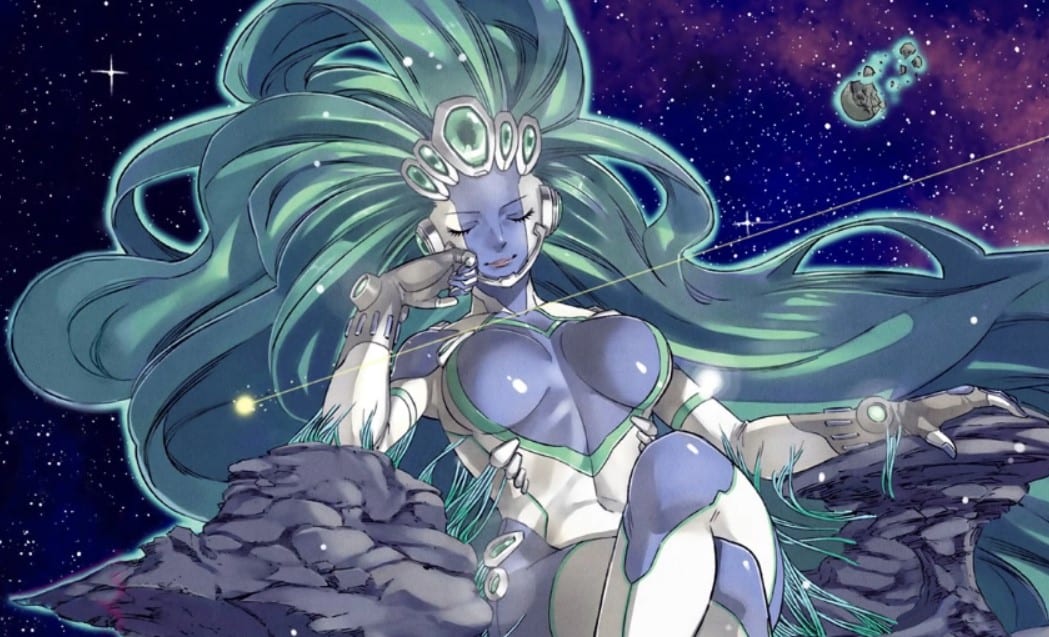 When they are there, Shiki saw a hologram of Mother, who is considered a mythological goddess in deep space. He thinks that he has met with a mythological goddess in the past. No one believed him, and he got embarrassed for claiming that he has met Mother before. Later happy go kidnapped by a member of a street gang, and Shiki begins to track them. Rebbeca also follows and realizes that she has spent her childhood life with Happy.

She remembers everything and the day that she met with Happy. After a long chase, Happy reunites with Rebecca, and she transforms into a pair of blasters. The trio defeats the street gang using blasters, and space pirate Elsie Crimson finds that Shiki has arrived at Blue Garden. Elsie begins to track Shiki, who heads back to Shooting Starlight and completes his registration. The adventurers still think that Shiki is weak and he is not worthy of being an adventure.

Shiki decides to prove to them that he is stronger and decides to head out to find Mother. He thinks that B-Cuber will help him gather enough evidence about Mother’s existence. The trio head to planet Norma where they met with Professor Weisz Steiner. In the present, 20,000 years have passed, and in the future, two astronauts are investigating an empty world. They find two remains of human remains and  B-Cube, which is written Edens Zero.

Edens Zero Episode 4 will release on Sunday, 2 May 2021, at 12:55 AM JST. You can watch Edens Zero on Netflix. You can find more updates on the video below.

You can also read One Piece 1011 Delayed: Early Spoiler Leaks?