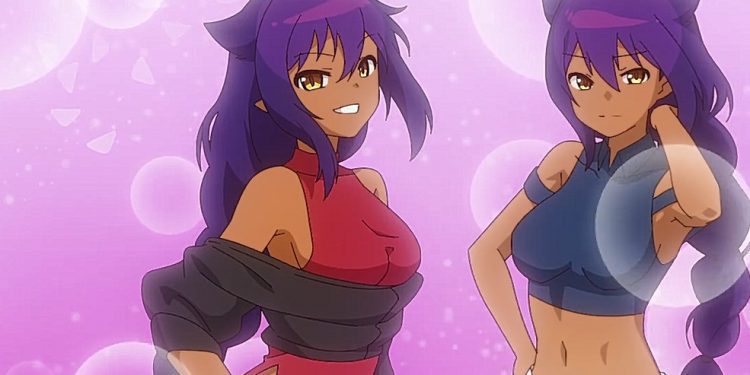 Later Druj started a brand called ”For J” that became famous, and young women enjoyed wearing it. But Jahy continues to wear the same outfit. Druj imagined Jahy wearing her brand, but it never impressed Jahy. The influential men joined hands with Druj and worked together in multi-billion contact. Druj arrives at the store and notices that her rival, Magical Girl, is working with Jahy. Druj wonders what is happening, and Jahy arrives. Druj asks Jahy about the Magical Girl, and Jahy reveals that the Magical Girl is the new employee.

Jahy acts like she is the owner of Mahou Pub and says she decided to hire the Magical Girl since they were short on staff members. She knows that her boss is the one that hired the Magical Girl. Druj wonders if that is the truth and Magical Girls admits that. The Magical Girl tries to make Druj feel jealous and adds that she is always with Jahy all the time. Druj gets angry and wonders why a mere human keeps on getting closer to the Great Jahy.

Previously on The Great Jahy Will Not Be Defeated Episode 17

Druj decided not to waste time on brats like the Magical Girl since she is here to see the Great Jahy. The Magical Girl trips with the drinks that spill on the customers. Druj wonders why Great Jahy has hired someone like that. She thinks that Jahy is more kind since living with humans and worries that Jahy is no longer the one she knows from the Dark Realm. Jahy scolds the Magical Girls for messing up since that might chase the customers away. Druj gets excited after realizing that is how Jahy used to scold her underlings like that.

Also Read: Denki vs Tsubaki In Episode 227 of Boruto: Naruto Next Generations

The Great Jahy Will Not Be Defeated Episode 18 Release Date

The Great Jahy Will Not Be Defeated Episode 18 will be released on 5 December 2021. Druj realizes that she has to work hard and get her position back since she wants to be Jahy’s number one favorite. She wonders if Jahy is testing her by using the Magical Girl. Jahy returns and takes her order, and they talk about the Dark Realm. They realize that they have to restore it soon, and Druj reveals how Jahy reminds her about the Dark Realm. Let’s meet when The Great Jahy Will Not Be Defeated Episode 18 is released.