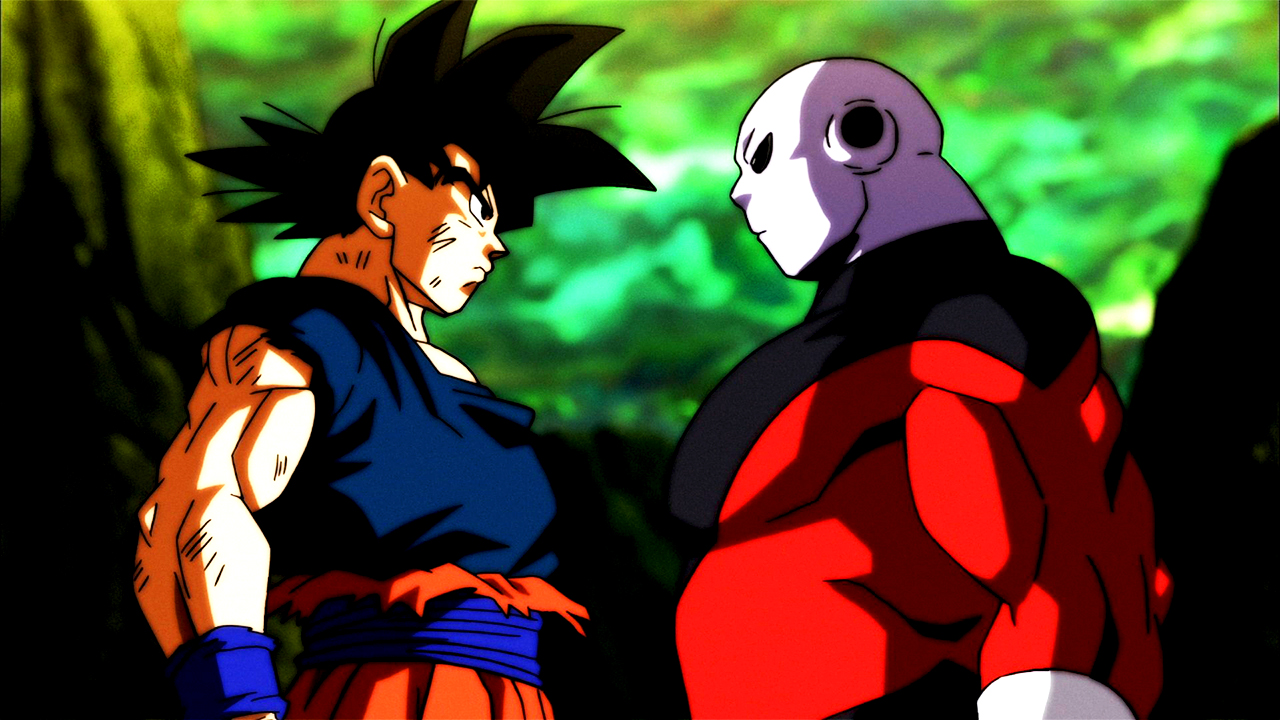 Hey guys. There was no Dragon Ball Super last week because…well, it’s the holiday season. However, we did get leaked images for the episode. There was a lot of stuff to talk about from the previous bunch. The new batch isn’t different either. So in this post, I’ll be talking about the leaked images for Dragon Ball Super episode 122. This post has spoilers of the upcoming episode, so if you don’t like getting spoiled, then please don’t continue reading further.

First, there’s this photo of Universe 7 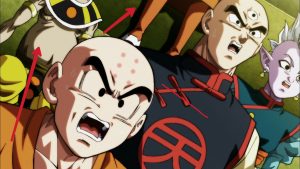 Moving on, the photo that we have is that of Gokū and Jiren. 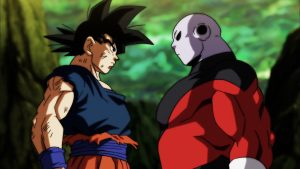 It is a stunning photo. Gokū and Jiren eyeballing each other. One rarely gets these kinds of photos. This might be the starting of the episode before Vegeta comes in and starts attacking Jiren.

Next, we have a photo of Gohan and Android 17. 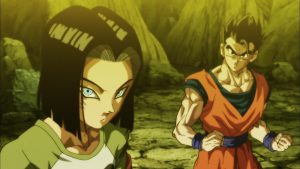 As most of you might know by now that Freeza is fighting Dyspo in the next episode. Dyspo is trying to thwart the plans of Universe 7 to win the Tournament of Power. However, Freeza who is unimpressed by Dyspo starts to fight him. Gohan is gonna join Freeza in the fight. Either Gohan and Android 17 are witnessing Jiren Vs Vegeta or Freeza Vs Dyspo. But judging from the expression of both of them, I think they’re watching Jiren Vs Vegeta.

Last but not the least, we have a Vegeta Vs Jiren photo. 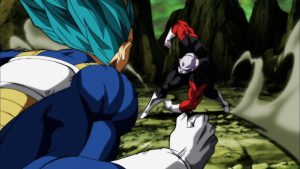 Vegeta is seen using Super Saiyan Blue against Jiren. It seems that Vegeta did manage to land a few hits on Jiren. There are marks of Jiren being pushed back. If this really is the case, then I’m proud of Vegeta. He managed to do something for which Gokū required the Ultra Instinct.