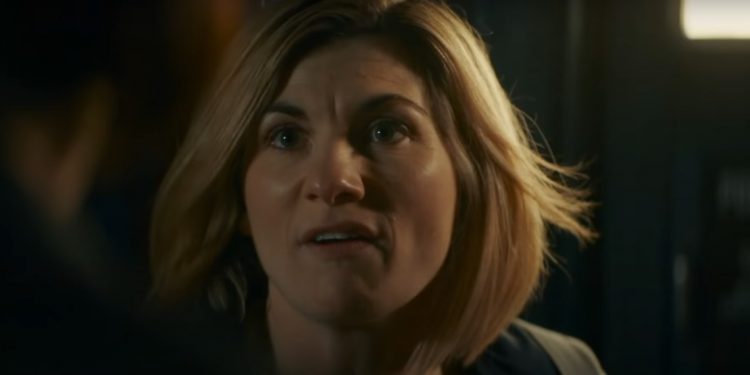 The new flux experiment for the thirteenth season is like a pandora’s box big enough to take up the entire storage space of a Tardis unit and just as the series is arriving at a conclusion in its story arcs, the biggest plot revelations for Doctor Who Season 13 Episode 6. After all, one of the main premises for “Doctor Who” is the vastness of the universe, and an interesting new multiverse opening for everybody to explore is nothing short of interesting in such a deep plot story like this long-running British science-fiction series.

What could be the cause of this multiverse rift? Could it be the rift opening the world in several pieces? And full of possibilities, plotlines, and story arcs? Is the good doctor production crew trying to emulate the ideas that made the widely popular Marvel Comic Universe so big? Moreover, what are the chances that the characters from Doctor Who get their own story, or even a movie? Like Black Widow or Hawkeye? Time will tell. Now, let’s take a look at how that cliffhanger from the last episode left Barbara Flynn in a novel location.

Doctor Who Season 13 Episode 6 will release on December 5, 2021, at 6:20 PM BBC One, UK Time. As for the BBC America users, that’s 8:00 PM, Eastern Time, United States. Additionally, series 13 has nine chapters, each with one hour-long run-time that drop consistently on Sundays.  Right at this point, we’re at the climax of every single aspect of the important plotlines for the main characters in this season. And we’re sure to expect more surprises from this wildly entertaining fantasy science fiction show from the BBC.

Where to watch Doctor Who?

If you want to watch Doctor Who, there’s a group of options available on the internet to do it, and you can also do it from your television. Now, if you’re on the television, simply tune in to the BBC at your local airtime —depending on your geographical location. On the other hand, if you have an internet connection, you can watch it via the BBC America official website —if you’re in the USA. Or you can do it from the BBC iPlayer if you’re in the United Kingdom.

The Doctor was unwillingly conscripted into a stone squadron of Weeping Angels when we last saw her, which provided for a thrilling cliffhanger, albeit her metamorphosis turns out to be purely transitory. It will only endure as long as it takes the Angels to convey her to their ultimate destination. And they did it just to annoy her. We re-join the Doctor’s companions after three years locked in the early twentieth century. Professor Jericho and Yaz are going into full adventurer mode as she rappels downwards into a crypt in pursuit of a specific pot.

This cross-continental journey seems to have kept them busy since the last episode. Albeit considering that the three landed in 1901 with only the clothing on their backs. I think that if the scriptwriters gave us a clue of how they’d been welcomed, that’d helped me describe better the episode for our readers. Maybe they raided the deserted village and made a few excursions to the local pawnshop? After being dumped off by the Angels, the Doctor encounters an Ood —And seems to have landed in some kind of arboretum.

Close Reencounters of the Odd Type

She’s reunited with the enigmatic old lady from ‘Once Upon a Time’ and warmly welcomed to what turns out to be the Division’s headquarters. And which makes sense given all the chatter about her being returned to Division. But still, it appears to take the Doctor off guard. Later, Yaz, Dan, and the Professor have traveled to some type of market to have the inscription on the pot translated. And it’s worth noting that each of these locales is presented and framed in a manner that seems quite realistic to old pirate serials.

Some of the sets are a little shaky, as is Doctor Who tradition – the room Yaz raided wouldn’t seem out of place on The Crystal Maze –After that, We next take another time-hop to 1958 to encounter. And quite surprisingly, Vinder’s previous ruler gadding about on a rural estate.

The Grand Serpent has arrived on Earth, using the name Prentis and cozying up to the one and only the founder of UNIT, which cannot bode well for the planet’s future. The Serpent’s scenes with pompous military people don’t spark nearly as much as his prior clash with Vinder. But at the very least, this sets up their impending reunion and offers his former followers a strong cause to fight for Earth. It’s not often that a companion gets into a fight with someone who hasn’t previously had a run-in with the Doctor.

Also Read: ‘The King’s Affection’ Episode 15: Will This Be The End Of Da Mi’s Facade?