VOODOOTHEMENACE once had advised us to listen to comprehend and not to argue! 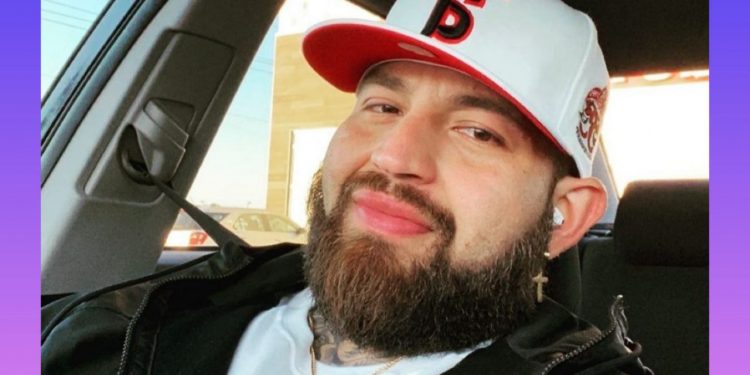 Well, VOODOOTHEMENACE was a person who was very active on social media. He used to post daily. Several times he had also posted more than twice in a single day. And when all of a sudden, there was a long gap, and he haDn’t posted anything. So his fans got curious to know about his whereabouts. And then they got to know about this heart-breaking news when one of his best friends named Joshua Watrous had thought of sharing this sad yet important news. Moreover, he had also created a “go fund me” page to raise some money which would be directed to the mother of Lee Roy Elizondo. Yes, this is the original name of VOODOOTHEMENACE of TikTok. But what was the cause of his death? Well, we will discuss it, but first of all, let us know a little bit more about VOODOOTHEMENACE.

Who was VOODOOTHEMENACE from TikTok?

Lee Roy Elizondo A.K.A. VOODOOTHEMENACE was born in 1992 and died in 2021! His best friend Joshua Watrous described him as a caring man who had once served as a soldier in the army. Further, he described him as a philanthropist, a comedian, and a warrior. Lee Roy Elizondo, who was popularly known by his social media handle name VOODOOTHEMENACE had potentially given many people the reason to live. His words served them as their backbone. He managed his TikTok channel with over 90,000 followers. He later had also paved his way on Instagram. And over there, he grabbed a total of 11.1 thousand followers. VOODOOTHEMENACE was considered to be a humorous person, but at the same time, he was also always straight with his point. Several times he had also spoken on various social issues.

VOODOOTHEMENACE was a resident of Lawton, Oklahoma. Throughout his life, he had struggled with the complications of his weight, which led him to strive for a fit body. But then he gave himself a challenge and proved that anything could be achieved from dedication. On his Instagram handle, a business website titled “VooDoo Collection” is linked, which basically seems to be selling T-shirts!

VOODOOTHEMENACE, the legendary motivational speaker from TikTok, who never restricted himself from following the ongoing trends, is no more. The news of which was given by his best friend. However, the exact reason that why all of a sudden this happy, healthy person had left this mortal world is still under review. But at the same time, some rumors claim that the death of VOODOOTHEMENACE of TikTok was due to COVID-19.

And the date on which VOODOOTHEMENACE died is also unknown. But we can assume that he died around Christmas. According to his social media handles, his last posts were made on 13th and 14th December 2021. However, the news of his death started circulating after about two weeks. When Joshua Watrous created a “go fund me” page for his best friend. The target of that page is to collect around $50,000. And interestingly, within the first twenty-four hours, the page got a donation of over $8,000. And as of now, it has raised a total of $11,449. The page says that the first donation was $30, and the highest donation was $500. In the comment section, many have opened their hearts to say that they are really glad to be able to help his family in times of grief. Further, they have also mentioned the importance which VOODOOTHEMENACE had in their lives.

On that page, Joshua had described his friend with his lovely words. He penned down his character like someone who in his whole life had given his service to mankind, and on the same side, he was also close to his family. He described him as a person who would even take off his shirt to help someone in need.