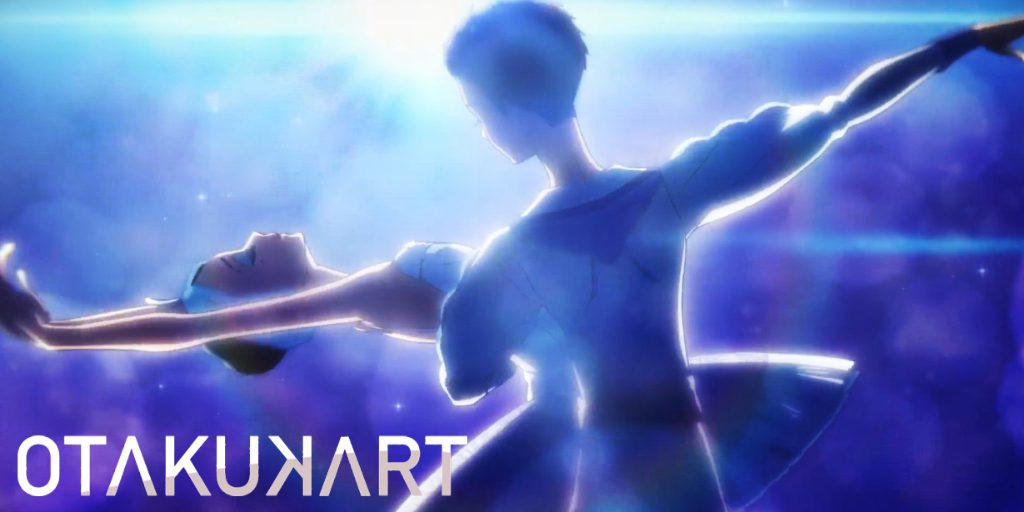 How competitive can life get? We are going to see that in the Dance Dance Danseur Episode 9 pretty soon. Junpei is getting a hang of ballet so well, that he is beginning to dream high. It’s been just a few months, and he is gaining popularity already. But, what about Luou then? He’s been dancing for about ten years now. So, why are people only rooting for Junpei then? Even though Luou is better at it and has more chance of succeeding, people are looking forward to watching Junpei taking over the fame. People really do love underdogs. But, that’s not the only point here. This anime sure has a way to show how life works in mysterious ways. And, we are going to see more than a glimpse of it in the upcoming Episode 9 of Dance Dance Danseur.

At some point, you all must have felt, that you have been working hard at something yet can’t achieve what you want, what you need. You start to learn to live with it, but life messes with you when you see someone totally new on that same path, yet they achieve it in one go. Hate that feeling, don’t you? Well, if you do, then this anime, especially the upcoming Episode 9 of Dance Dance Danseur Episode 9, will make it feel very relatable. So, without wasting any further minutes, let’s find out when are we going to get Episode 9.

Chizuru sensei finds out about Junpei and Luou going to Oikawa’s Classes. Even after she refuses for them to go there, Junpei drags Luou there. It’s not that they want to train there. They just want to prove their point and make Oikawa acknowledge them. But, this time they are to train with SS class girls. And Junpei had to train with Natsuki. And guess what? Natsuki is Oikawa’s daughter. But, soon they started syncing. They started having fun dancing together. It felt like Junpei was better syncing with Natsuki than Miyako. They got even closer while talking about the video of ballet they recently saw. 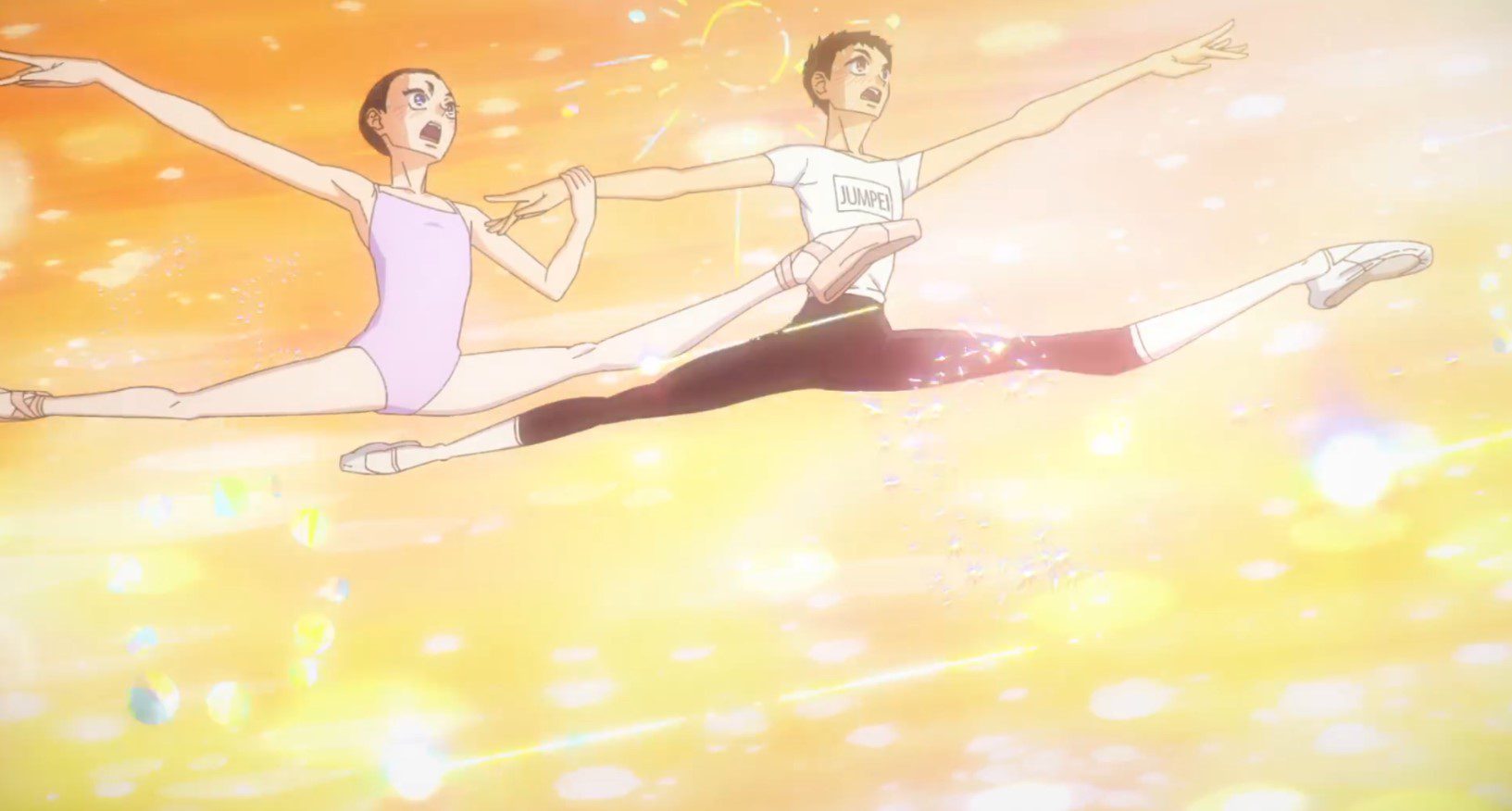 But, there’s something about  Misaki that ticks us off. What he did next might be good for Junpei, but not so good for Luou. There has to be a hidden agenda, right? Luou has been dancing for over ten years, yet Junpei is taking away the spotlight. And, now  Junpei taking away the girl Luou was leaning on. Sure, Junpei has a crush on Miyako, but she was the one good thing about Luou’s life. And, now she’s gone with Junpei. What’s Misaki’s play here? 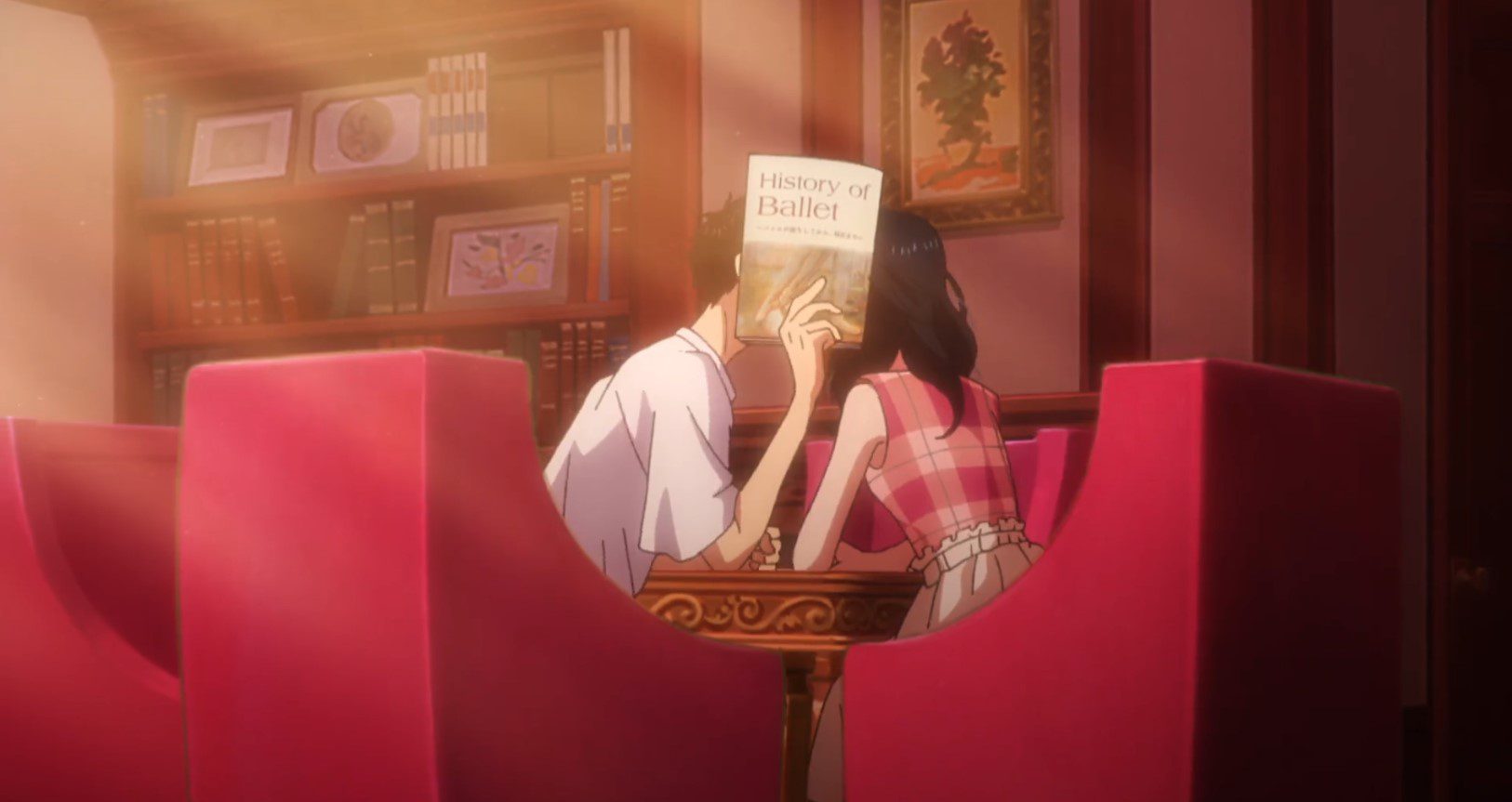 Miyako Admitting That She Likes Junpei

What To Expect In Dance Dance Danseur Episode 9?

Misaki is playing with both Junpei and Luou for sure. The day he and Yamato challenged Junpei and Luou, and saw what Luou was capable of, he must be thinking of getting Luou out of his way. At the restaurant, Misaki did say he was from a middle-class family, and ballet is the only way for him. So, getting Luou out of his way will definitely make his way easier. So, is that why he tried lighting a spark of mistrust between Junpei and Luou? He knows Junpei  has a crush on Miyako, and Luou likes Miyako too. If Miyako starts dating Junpei that would break Luou and he might get out of the way.  Is that his play? Seriously! If he thinks this is going to break Luou, then he’s definitely going to get disappointed soon. Luou has had worse, and he survived. 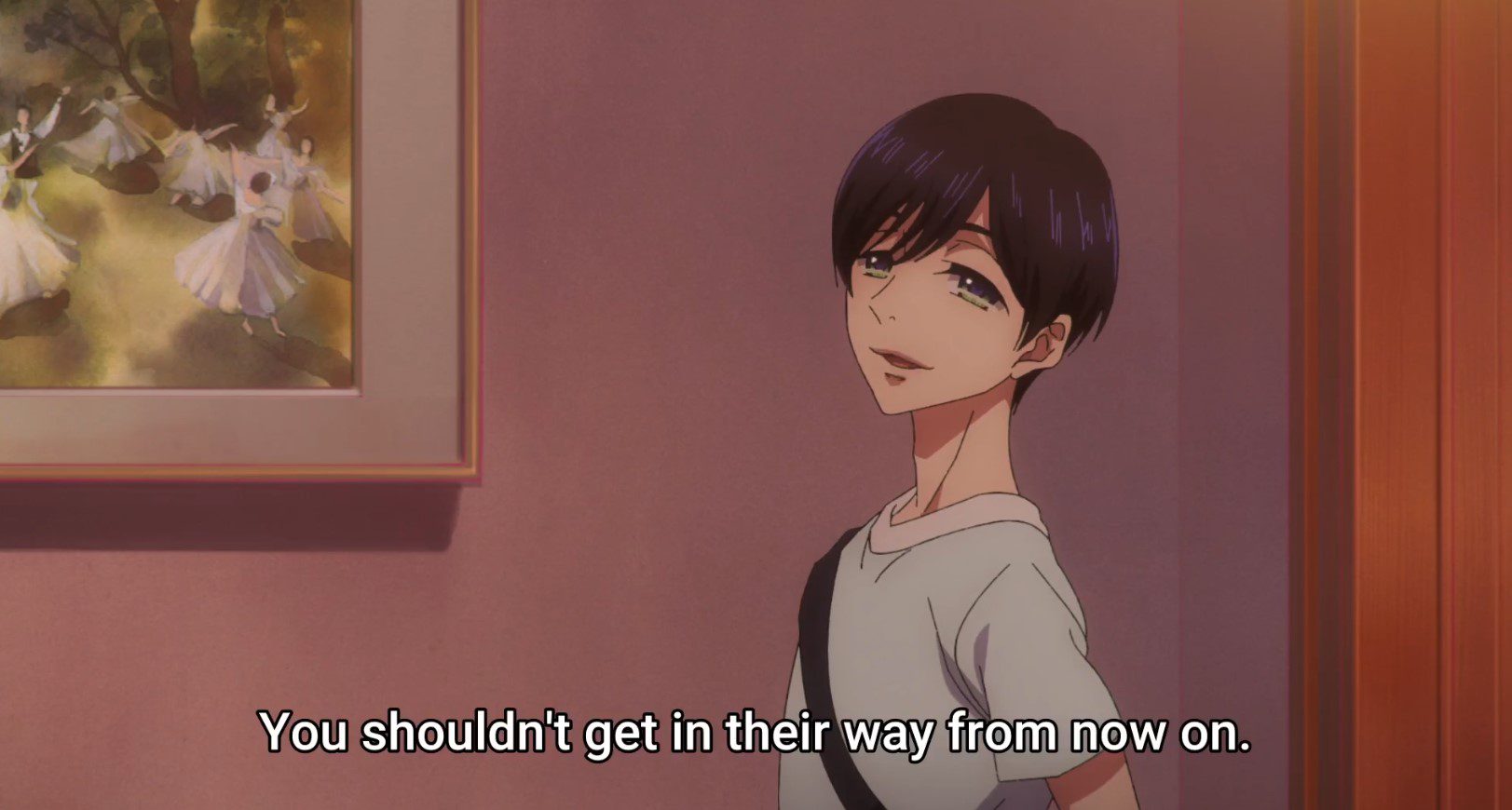 But, what we can say for sure is, that the rivalry between Junpei and Luou is going to get even tougher. First, Junpei aims to do what Luou has had his eyes on for ten years, with a few months of training. Like he is trying to insult Luou’s hard work. And, now steals the girl Luou likes. Things are definitely going to get spicy. Can’t wait to see what happens in the 9th episode of Dance Dance Danseur.

Now, let’s find out the timings of this episode we are going to get it. The Japanese fans will get to watch the 9th episode of Dance Dance Danseur at 01:25 hrs Japanese Standard Time (JST). The US fans will get this episode at 09:25 hrs Pacific Time (PT)/ 11:25 hrs Central Time (CT)/ 12:25 hrs Eastern Time (ET). And, for the Indian fans, Dance Dance Danseur Episode 9 will be available at 21:55 hrs Indian Standard Time (IST). 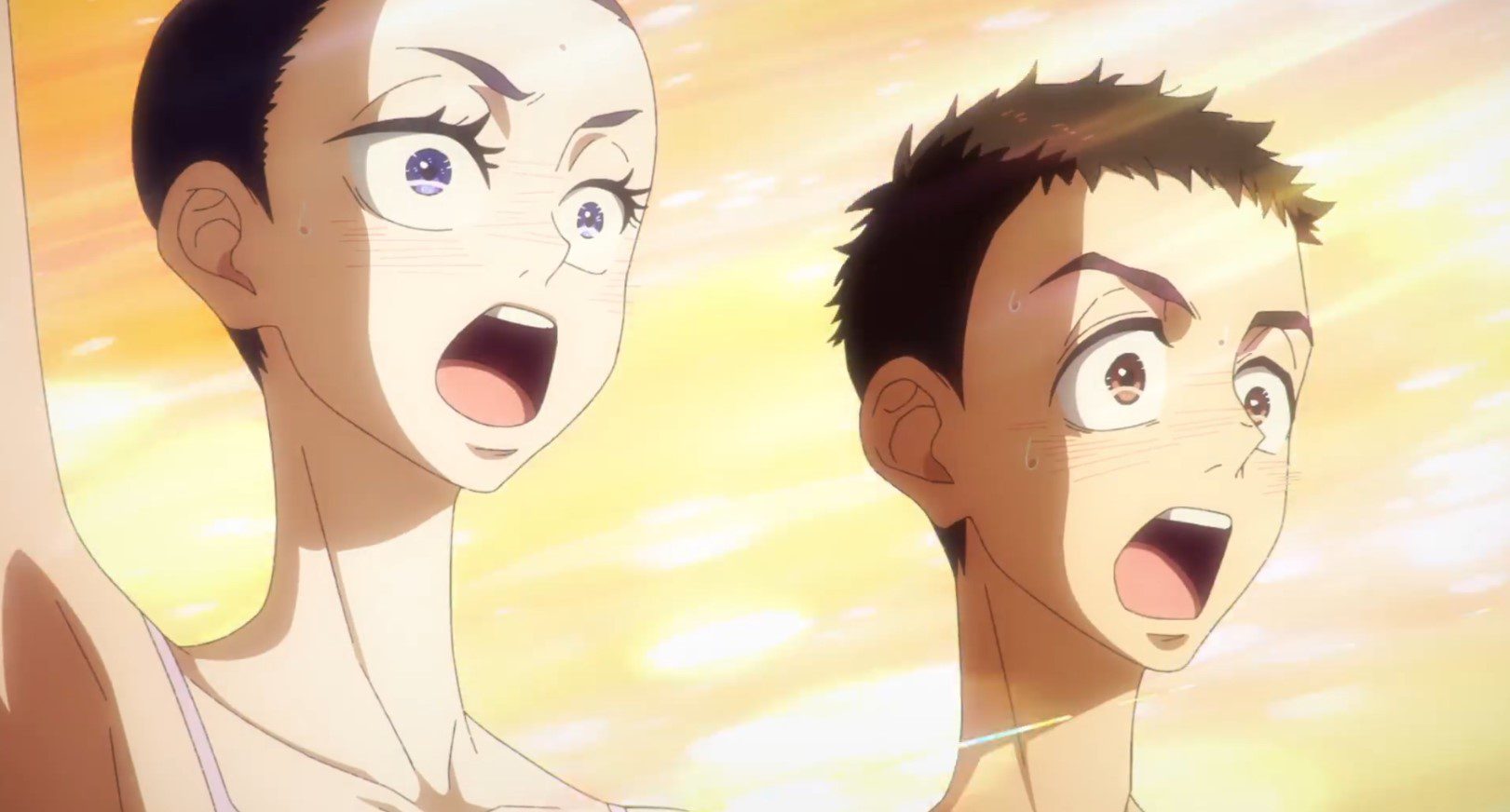 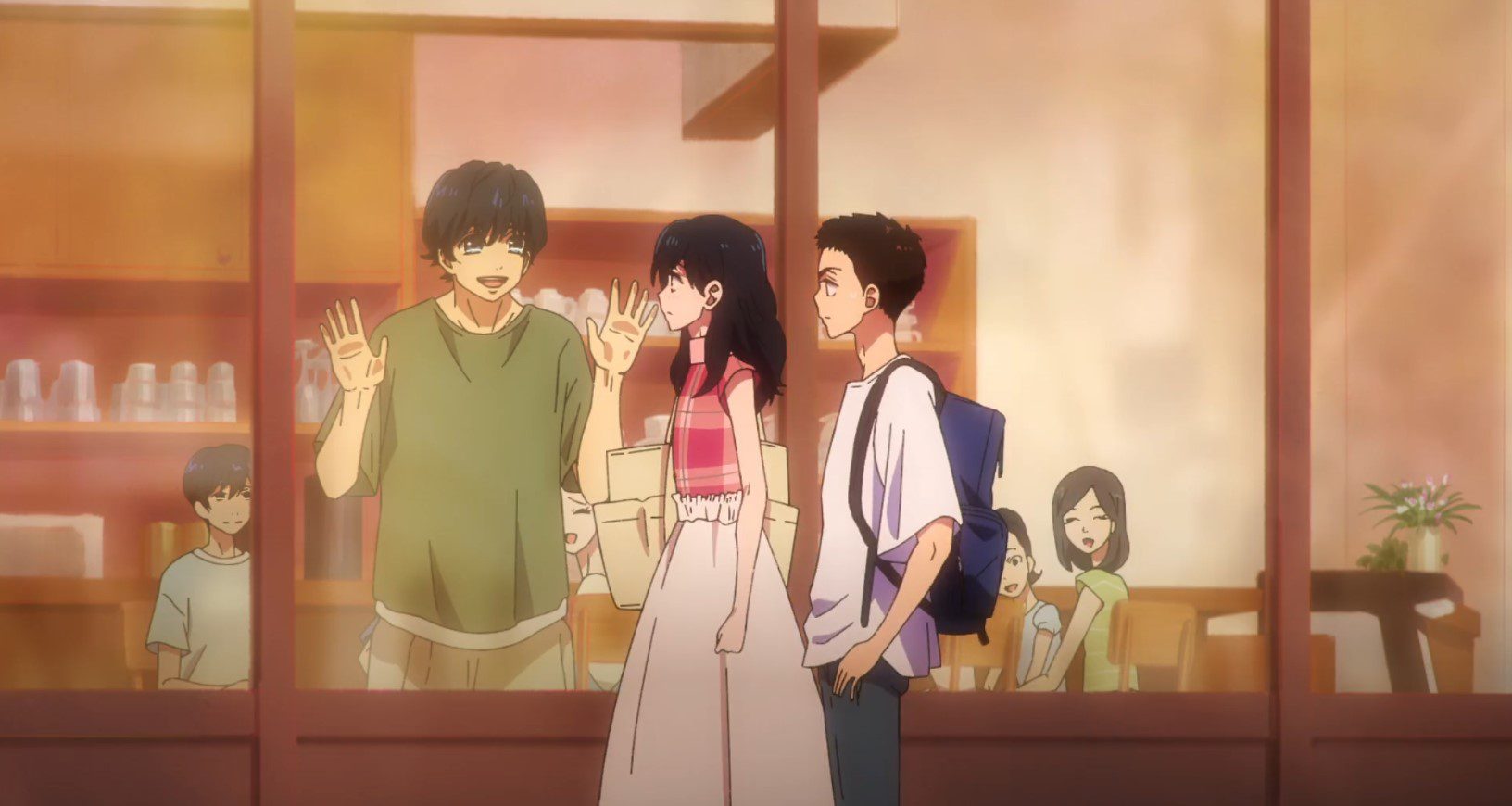 We hope we were able to help you find the answers you were looking for. Let us know which anime you want us to cover next. And, for further updates from “Dance Dance Danseur”, stay connected with OtakuKart.

Also Read: Best Dance Anime To Watch That You Should Not Miss