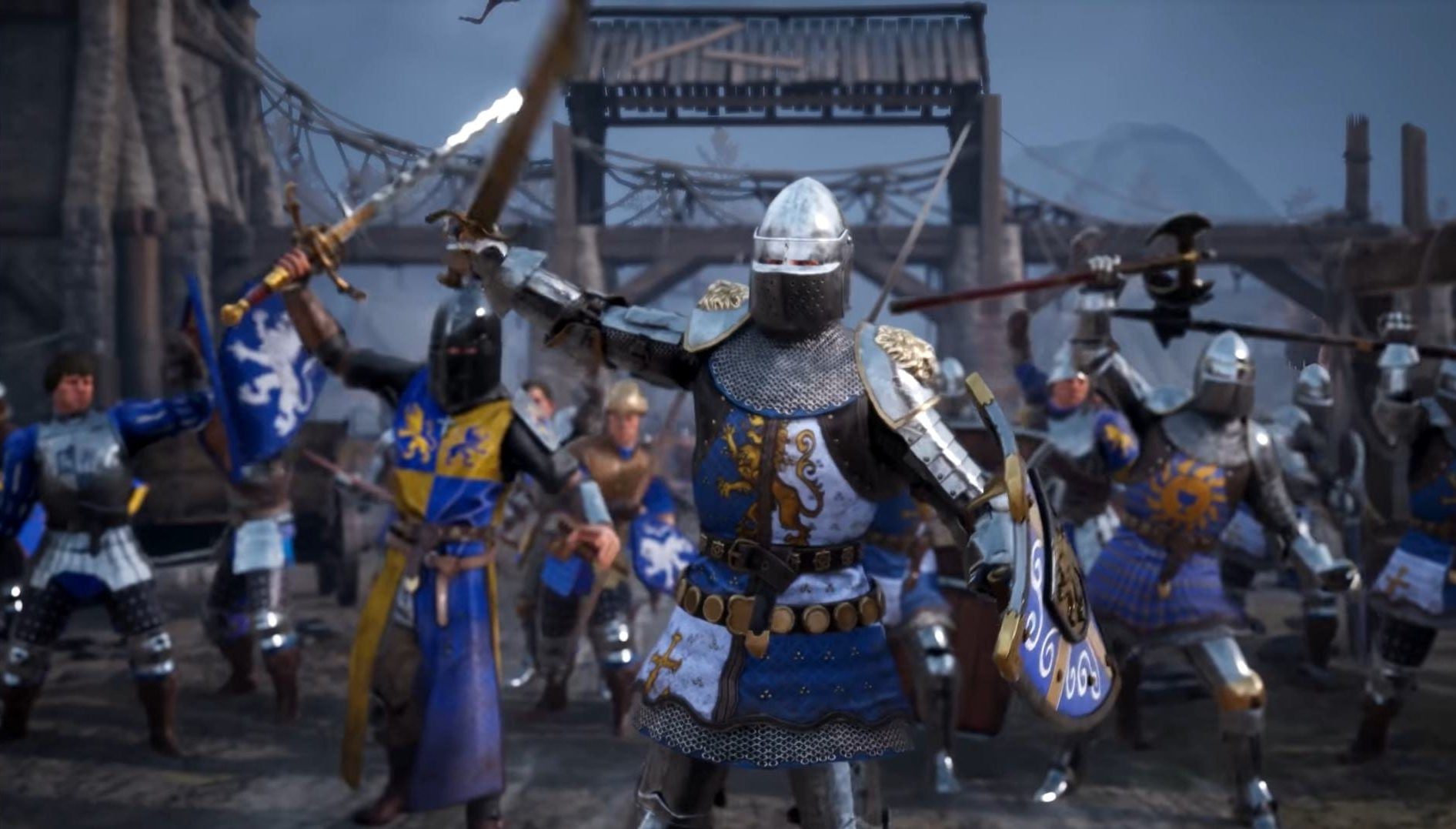 From The Official Trailer Of Chivarly 2

Chivalry 2 is just around the corner after many delays and waiting. If we look now, its seems like a lifetime when the first iteration of the game was released in 2012. So it will be nine years. Plus, such a big difference will come ahead when we play this new sequel of the game. There are teases we are receiving more of cinematic battles. Furthermore, the game is focusing on the bigger multi-player environment a lot rather than having a focus on the single-player. So expect full-scale high-octane action aided by skills and intelligence, which will be required to win the game. Torn Banner Studios has developed the game in collaboration with Tripwire Interactive, publishing it this time around.

Chivalry 2 will mostly serve as the sequel to the story of the first game. Tom Banner has teased the game about being much more than just sword fighting simulation. He states the players will have more of a bar fight feel in the largescale battle. The number of players was something they were focusing heavily on. So here we are, taking a look at everything we know about the game. Right from its release date and time for different platforms. Then the new story is following this time. The new features will define a new experience altogether. Lastly, the new gameplay changes made to this sequel of Chivalry. Let’s begin.

Chivalry 2 Release Date – When Can We Expect The Game To Come?

Chivalry 2 is releasing on the 8th of June 2021 at 11 am ET. The video game is releasing on Microsoft Windows, PlayStation 4 and 5, Xbox One, Xbox Series X, and S. The pre-loads for the game are available on all of the platforms right now. Only Microsoft Windows will receive the pre-load on the release date at 10.30 am ET. Just a half-hour before the game servers go online. Luckily none of the platforms would have to wait much longer as they all will go live at the same time. Before the release, Tripwire Interactive released an open beta version on May 27, 2021, which was available to play till the 1st of June 2021. The game was officially announced at E3 2019, with Tom Banner stating they are working hard to make the game worth the wait. 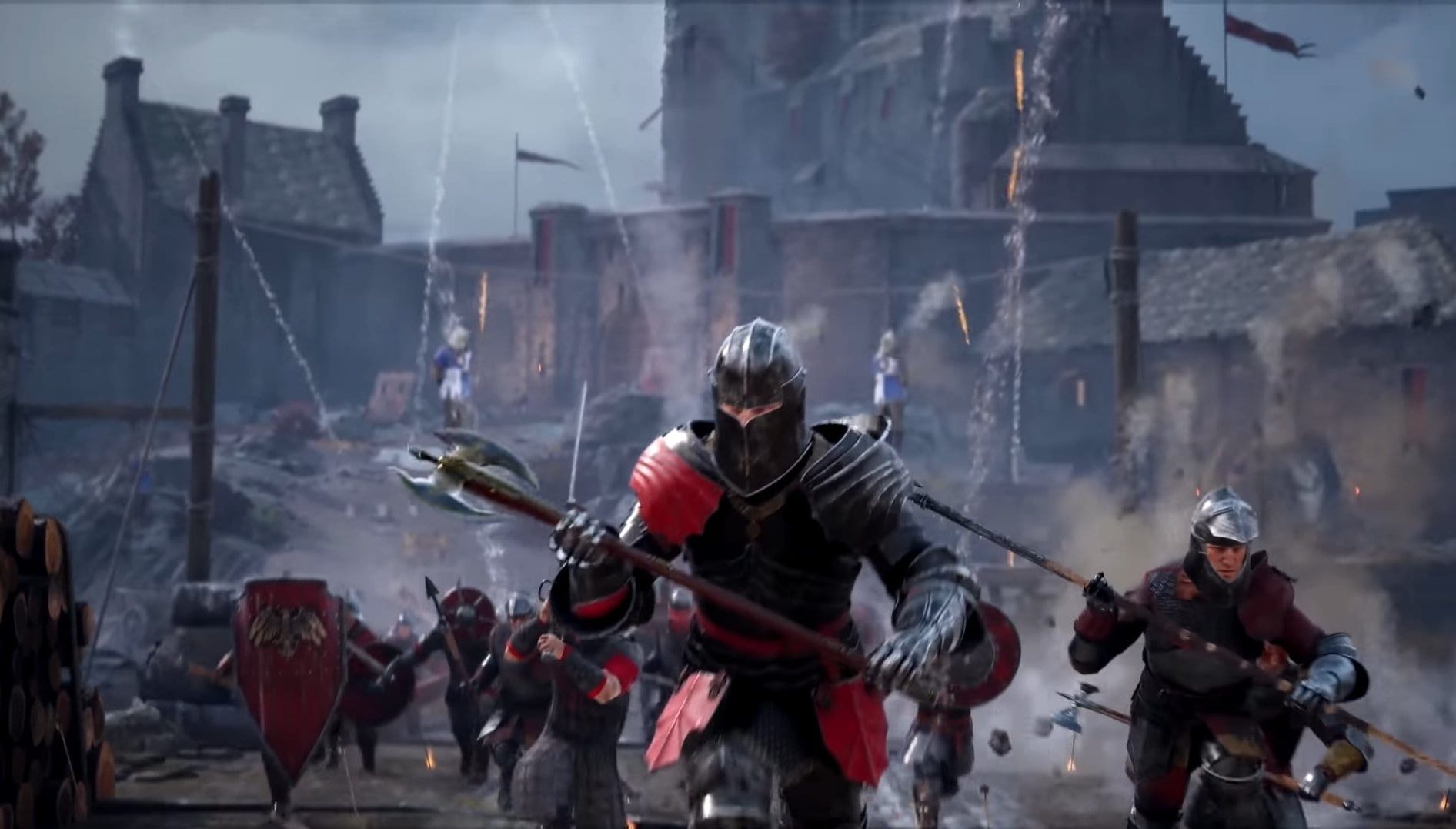 From The Official Trailer Of Chivalry 2

Chivalry 2’s Plot – What Is The Game’s Story?

So, Chivalry 2 will continue the story following the events of the original Chivalry: Medieval Warfare. The game sees a world based on the medieval ages telling the story of the Mansion order and the Agatha Knights. Both of them at war with each other for the throne of the kingdom of Agatha. The Mansion Order managed to defeat Agatha’s King Feydrid, leaving the warriors of Agatha in hiding. Chivalry 2 here is set in 20 years ahead of the original events of the first game, with Agatha Knights returning to take what’s theirs. It sees Argon II, a new leader taking the lead of Agatha Knights to bring the battle to Mansion Order’s King Matric.

Coming to the gameplay of Chivalry 2, it will much more focus on the multiplayer aspects rather than the single-player environment. There are a total of three modes to play in Chivalry 2.Those are the Objective Mode, Team Death Match, and Free For All. You can play the game from both First-Person Perspective and Third-Person Perspective as well. Each mode sees teams of Agatha Knights battling Mansion order. Agatha Knights sport blue and white-colored attire, whereas Mansion Order wears Red and Black. 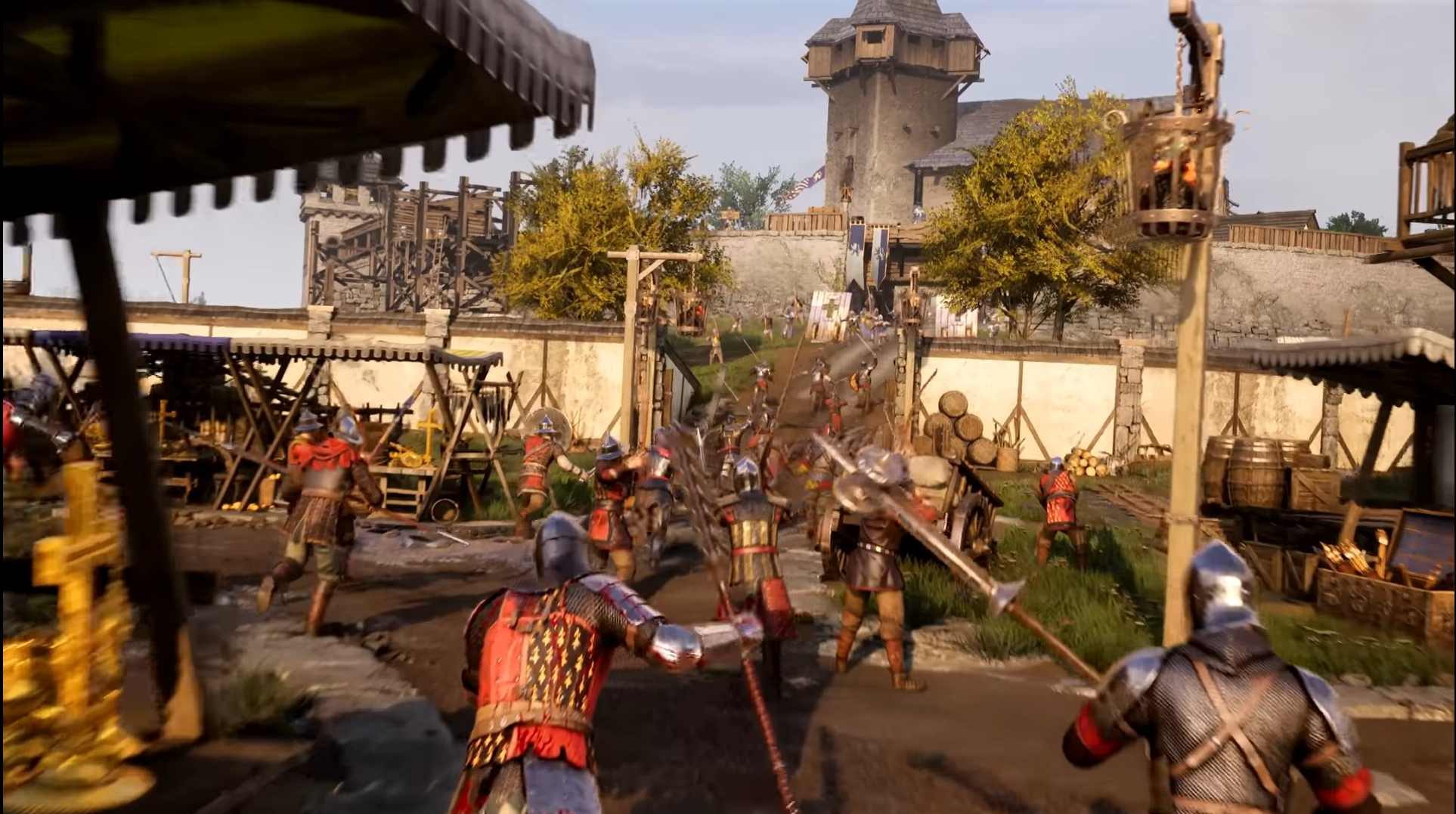 From The Official Trailer Of Chivalry 2

Team Objective mode sees a total number of 64 players who can join the game at a time in a battle that has knights, warriors, and archers. The objective mode sees one half of the team defending the castle while the other half infiltrates the enemy’s castle to kill the king. Team Deathmatch is somewhere the lives of players matters the most. Lastly, Free for all sees all the players fighting individually for themselves.

This time, Chivalry has a more diverse playstyle allowing the players to select the one suitable for them. Tom Banner has teased a revamped and much faster gameplay with players using combat moves to tackle. The battles take inspiration from shows and movies like Game Of Thrones and Lord Of The Rings. It will be more cinematic and fluid. The customization for the game goes from the immense look and voice of the player to the strengths and skills they carry. The players will have a class to select, but they can also have sub-class, which may allow them to add skills they want to their warrior freely. Check out the official trailer for Chivalry 2 below.