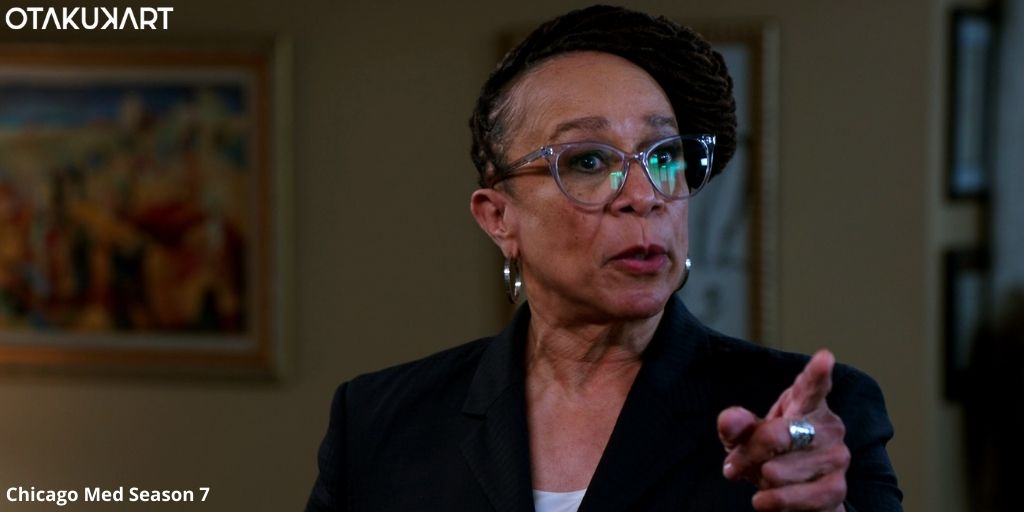 It seems like Chicago Med Season 7 Episode 18 will once again witness Dr. Asher and Dr. Archer fighting over different opinions in a particular case. While the previous episode gave us a look at Halstead attending to a young girl named Ivy who was suffering from cancer and had only a year left to live. However, he was surprised to see that she and her parents were all in on the decision to give up on the treatment.

On the other hand, things took a dangerous turn in the hospital when a member of the gang named El Rabioso arrived with a bullet wound and the other men were planning to kill Scott’s patient who was also the informant of Milena from a rival gang. Whereas, Maggie was worried for her daughter Taylor’s safety and tried to pull her off the case. While Marcel tried to convince Pamela to perform a risky transplant on a woman to fulfill her wish.

The ongoing TV show based in the popular category of medical drama has been hugely successful since its debut. More so, the fact that it is a part of the Chicago television series franchise has also added to its success. However, with the ongoing season, the fans are now excited to watch Chicago Med Season 7 Episode 18. But first, let’s check out the events of the previous episode. 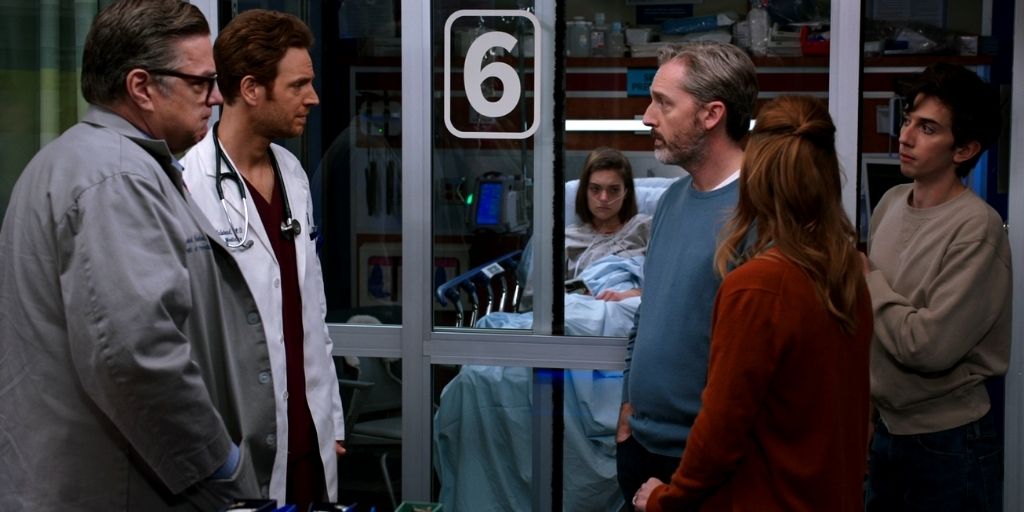 Episode 17 of Chicago Med Season 7 came out on 6th April 2022 and was titled “If You Love Someone, Set Them Free”. The episode saw Dr. Asher finally back at the hospital and getting the green signal from Dr. Archer to begin her work. While Halstead’s patient, a young teenage girl named Ivy was taking an early discharge but had to be admitted again after she started having a seizure again. Therefore, Halstead asked for the parent’s consent to do some tests on her to figure out what was the reason behind it. While he let Dr. Charles try to talk to the parents about why they were fine with their daughter’s decision to not treat her cancer and take a chance at life.

On the other hand, Asher and Marcel attended to a woman named Claire who was bleeding from her transplanted uterus and her condition was tough. After getting her stable, Marcel and Asher gave her the options but she wanted to have another transplant since she didn’t want to give up on becoming a mother. While her sister Beth volunteered to give her uterus but Claire wouldn’t agree to it since she had a dream that when Beth becomes a mother, they will raise their children together. 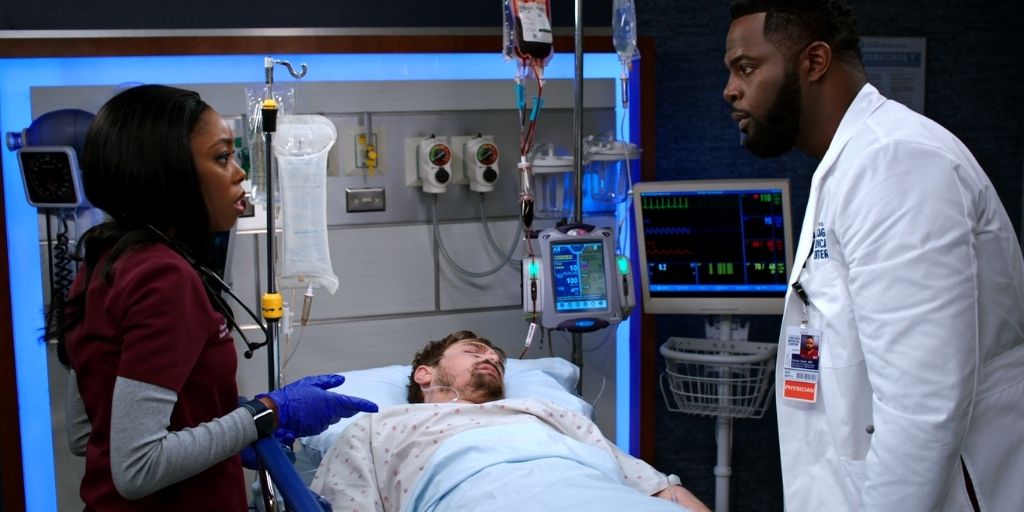 Taylor and Scott with the patient

Meanwhile, Pamela wasn’t agreeing to the transplant surgery since it was too risky in Claire’s condition. However, Claire was adamant about it and Marcel realized that had to do everything he could to give her the option to become a mother, and Asher thought the same. So he convinced Pamela to perform the transplant, while Beth convinced Asher to let her be the donor and not tell Clair about it. Eventually, the transplant was successful and Beth told Clair that she never wanted to become a mother which is why she had no problem being the donor.

Moving on, the gang war in the hospital started heating up and the police had already stepped in, dressed as normal doctors or civilians to avoid suspicion among the rival gang members. Whereas, Scott managed to handle a gang member who tried to attack the patient. Fortunately, the danger was averted and things went to a normal state. Halstead and Charles on the other side discovered that Ivy’s cancer had been shrinking but it still didn’t convince Ivy or her parents to consider the treatment. In the end, we saw Milena visit Scott to see if he was fine and they eventually kissed.

Chicago Med Season 7 Episode 18 will release on 13th April 2022 at 8 pm ET on NBC. Additionally, the episode will be titled “Judge Not, For You Will Be Judged”. The episode will see Dr. Asher and Dr. Archer once again going at each other due to their difference in opinions.