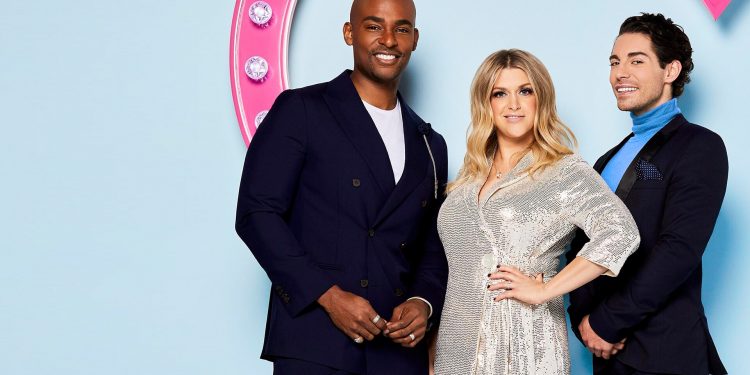 With the success of ‘Celebs Go Dating: The Mansion, another season of Celebs go dating is set to come in 2022 for a tenth outing, and we are here to present Celebs Go Dating 2022 Line-up. It is going to be huge and even more exciting than before. A whole new cast of single celebrities will be part of the show. Along with the celebrities, an agency of makeover and new challenges and entertaining dating excursions are coming forward to make our 2022 exciting. Vivienne Molokwu, the commissioning editor for Channel 4, has promised fans that the new series of Celebs Go Dating will be “full of adventure.” The celebrities will find the love with the help of great mentors, and with their wise advice, they will try their hands-on love.

According to Vivienne Molokwu, they are reopening a celebrity dating agency that will help celebrities get back their dating game, and who knows, they will find the special one too. The team was too excited, and it was tough for them to wait to show the audience what the show contained in its kitty. “This series is going to be full of surprises – for both the celebs and the viewers,” she added. So the question arises ‘Who is present in the famous show Celebs Go Dating 2022 Line-Up? 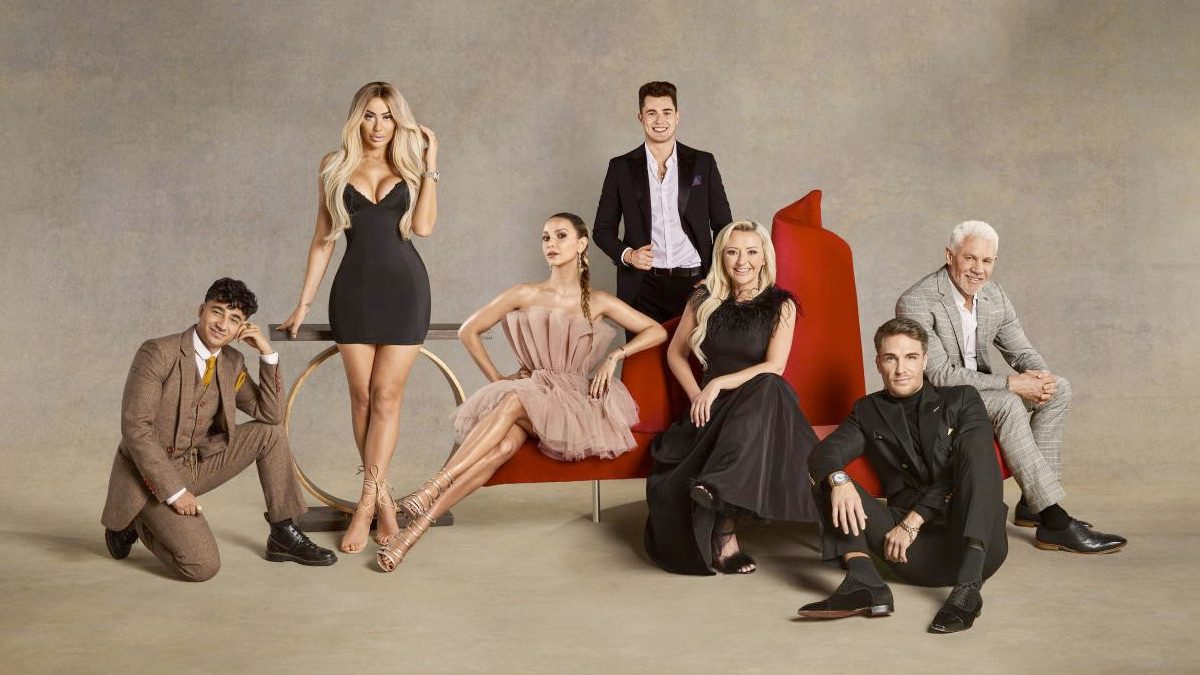 Also Read: 15 Richest Celebrities In The World: Who Are The Highest Earners In 2021?

Expectations from the Show

The hit dating show, which stars famous people looking for love, is expected to be one of the most explosive yet, will return to our screens on Monday, January 17th at 9 pm on E4. The show will now have its tenth Season. It will air Monday through Thursday and feature celebrities such as Ulrika Jonsson, Jessika Power from Married at First Sight Australia, and Chloe Brockett, popularly known from ‘The Only Way is Essex.’ Made in Chelsea’s Miles Nazaire, Married at First Sight UK’s Nikita Jasmine, ‘5ive’ singer Abz Love, Apprentice star Ryan-Mark Parsons, and Geordie Shore’s Marty McKenna round out the line-up this time.

All the celebrities will be guided and encouraged by the unique love gurus who will look after the stars’ needs efficiently and pull them through it. Anna Williamson, a relationship expert, Paul Carrick Brunson, a love doctor, and Tom Read-Wilson, a celeb confidante and junior client coordinator, will be there to help. According to Anna, she was so happy to get back to the agency makeover and help the celebrities get their love lives blooming. It would be intriguing to see how the celebs get a hold of their love lives and are opening to the world about the same. Then, when the world is returning to normal, it would be fun to see what happens in the tenth Season.

The audience can expect some profound changes in the format this time because of this show’s popularity and enthusiasm. There will be many golden moments that the audience will adore as the celebs head off to find their perfect connections and make the journey memorable for them. It will be fun to watch if the celebrities can get what they are looking for or try their luck harder?

The first one to join the show is Ryan-Mark Parsons. After failing to find ‘The One’ on dating apps, Apprentice star Ryan-Mark Parsons focuses his efforts on finding ‘The One.’ At 19, Parsons was one of the youngest contestants on the original series of Alan Sugar’s business show, appearing in the 2019 season. He has been so hopeless in love and has tried everything – dating apps and face-to-face meetings, but it didn’t work. He needs the dating experts to help him out. According to him, he is thrilled that the agency has reopened its doors for this series.

Ulrika Jonsson, a presenter and columnist, has joined the cast of CGD. She is a Swedish-British Presenter who was a weather presenter at the start of her career. She got divorced three years ago and hadn’t expected to be single at her age (54). She enjoys it, but she is looking forward to working with Anna and Paul, knowing that they will quickly get her back to finding love. Ulrika, in an interview, once said that she loves dating younger men because they are fun to be around. When it came to the age of potential dates, she gave the casting crew “free reign.”

In addition, Chloe Brockett of The Only Way Is Essex has signed up for the E4 dating show. Brockett is best known for her appearances on the ITVBe reality show, which she joined for the 24th Season in 2020. She dated Love Island’s Jack Fincham and TOWIE’s Harry Lee in the past. She couldn’t believe she would join the Celebs Go Dating agency at first. She wants to spend time with someone with whom she can create memories. Anna and Paul are excellent at giving sound advice, and she is excited about this fantastic opportunity.

Mile Nazaire of Made in Chelsea is one of the celebrities looking for love this season. He has his own YouTube channel, Extra Miles, where he talks about lifestyle, fitness, and food and answers MiC’s burning questions. Miles’ most famous ex is Maeva D’Ascanio, but she’s now dating his former best friend, James Taylor, according to MiC fans. Miles is very excited about the show and is looking forward to it because he has no control over dating, and when someone else picks it up for him, it makes it a thrilling experience.

Abz Love, whose real name is Richard Abidin Breen, is one of the new contestants looking for love. Abz is a British rapper, singer, songwriter, DJ, producer, and TV personality who rose to prominence as Simon Cowell’s boy band Five. As a member and lead singer of Simon Cowell’s boy band Five, Love has sold over 20 million records. “I’m hyped!” Love exclaimed when asked about his new signing. I’m thrilled to be a part of the show’s process; it’s a fantastic show – it’s real out here! Absolute dating, and I’m in desperate need of love right now.” 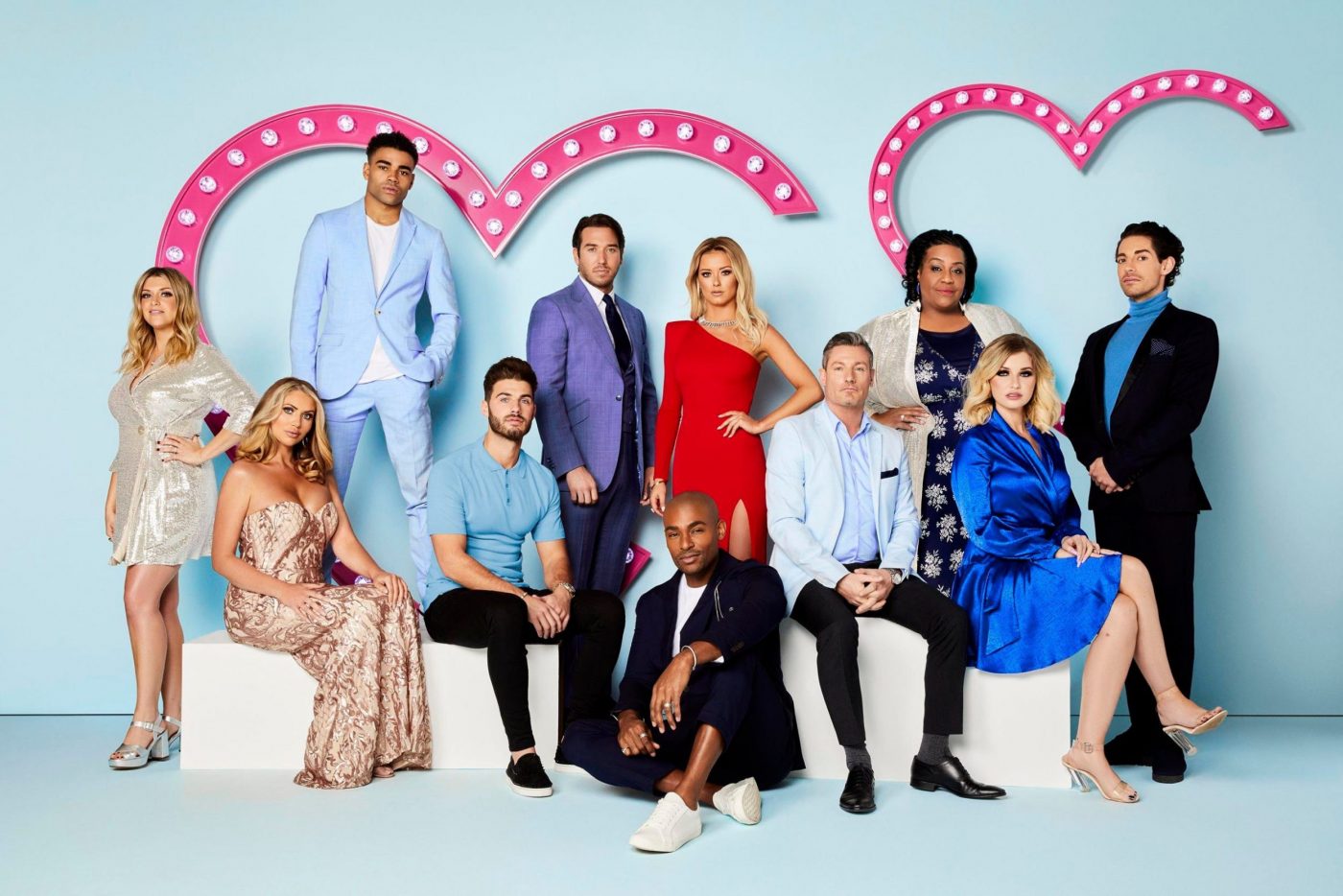 Nikita Jasmine is best known for her appearance on the most recent Married at First Sight UK season, which she appeared on in September. Nikita and Ant were paired together and married. On the other hand, Nikita was kicked off Married at First Sight UK due to ‘unacceptable aggressive behavior’ off camera. She has been given another chance at finding the love she is looking for. According to her, she is a soft girl, even if she is loud. She hopes that the agents help her get the love and understand her the way she wants to be understood.

Also Read: Who Is The Narrator Of Celebs Go Dating? The Voice Behind The Show

The show will air at 9 pm on weeknights. The reality show follows celebrities as they go on dates with regular people in the hopes of finding their perfect match. The new celebrity cast, dating experts Paul Carrick Brunson and Anna Williamson, and Tom Read-Wilson, the agency’s Junior Client Coordinator, will return to the show.

You can catch up with the celebrities and enjoy the show with many exciting and terrific elements to relish. Everyone deserves a chance in love, and the cast has been chosen wisely. The celebrities are passionate and desperate to get their love life going, making the show a lot more interesting. Many fans proclaim that once they start these seasons, they don’t refrain from watching the whole season in one go. You must give it a watch as it is worth giving a shot. Follow us for updates on all the information on your favorite celebrities and shows.

Also Read: Are Chock and Bates Dating? Inside the Ice Dancer Duo Relationship!

Will Sting Die in Fairy Tail? All About The Sabertooth Wizard