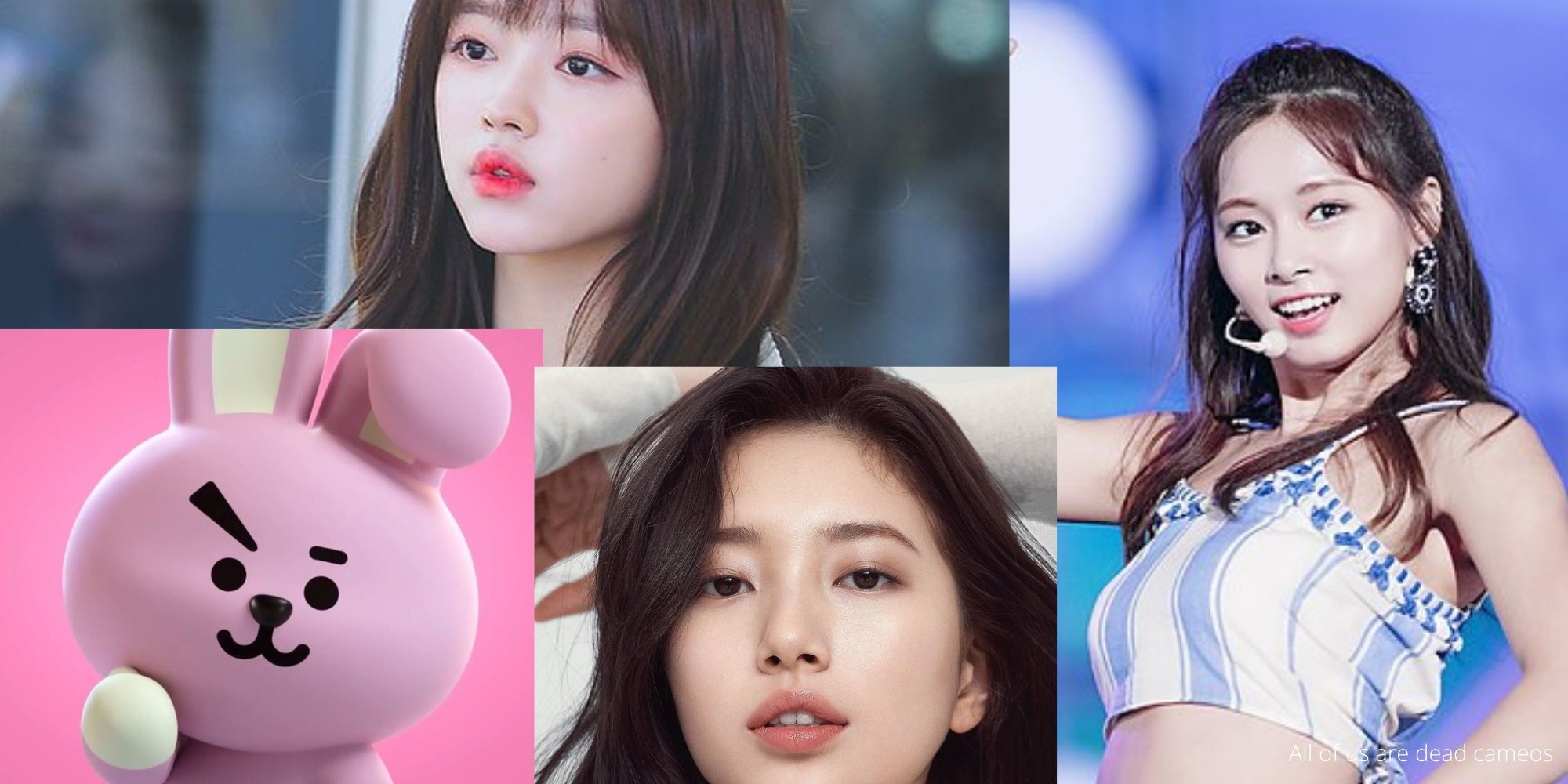 All of us are dead cameos

If you are a fan of the South Korean series ‘Hellbound’ and ‘Squid Game’, ‘All of Us Are Dead’ should be the next series you watch. ‘All of Us Are Dead’ becomes the third South Korean drama on Netflix to rank number 1. It is a zombie apocalypse movie where a high school becomes ground zero for the uprising of the dead. Now the students that are trapped inside the school will have to fight to survive. The only way to get out of the school is to kill all the zombies and fight the urge to give up on survival. Moreover, there are many surprising cameos in ‘All of Us Are Dead. The main cast of ‘All of Us Are Dead’ includes Park Ji hoo, Yoon Chan Young, Jo Yi Hyun, and Lomon.

It is a Netflix original drama that has 12 episodes in total. South Korean as well as international fans can watch the series on the international streaming platform Netflix. Every episode’s duration is around 1 hour. The supporting cast made the drama even more memorable. And the cast includes Yoo In Soo, Kim Byung Chul, Lee Kyu Hyung, Lee Yoo Mi, and many more. The drama is directed by Lee Jae Gyoo and has become critically acclaimed. Another big contributor to ‘All of Us Are Dead’ is its screenwriter Chun Sung Il. The major events of the drama are when Ha Ri’s brother dies after a zombie attack, it is a breaking moment for Ha Ri. After this, the few students that survive make it to the quarantine camp. Finally, at the end of ‘All of Us Are Dead’, the group meets Nam Ra again, whom they assumed dead.

Are you a fan of the k-pop idol Tzuyu? If yes, then you will want to watch ‘All of Us Are Dead’. During a scary scene where zombies are chasing a guy, we spot Tzuyu on the side of the wall. In the second episode of ‘All of Us Are Dead,’ a student is trying to hide from the zombies in the art classroom, but as his luck goes, he is discovered within no time. As he fights to get away from them, we all spot a picture of Tzuyu on the wall. Also, it is evident that a student must have drawn this picture. Moreover, the reference picture used to draw this sketch is Tzuyu’s concept photo from her album ‘Feel’. 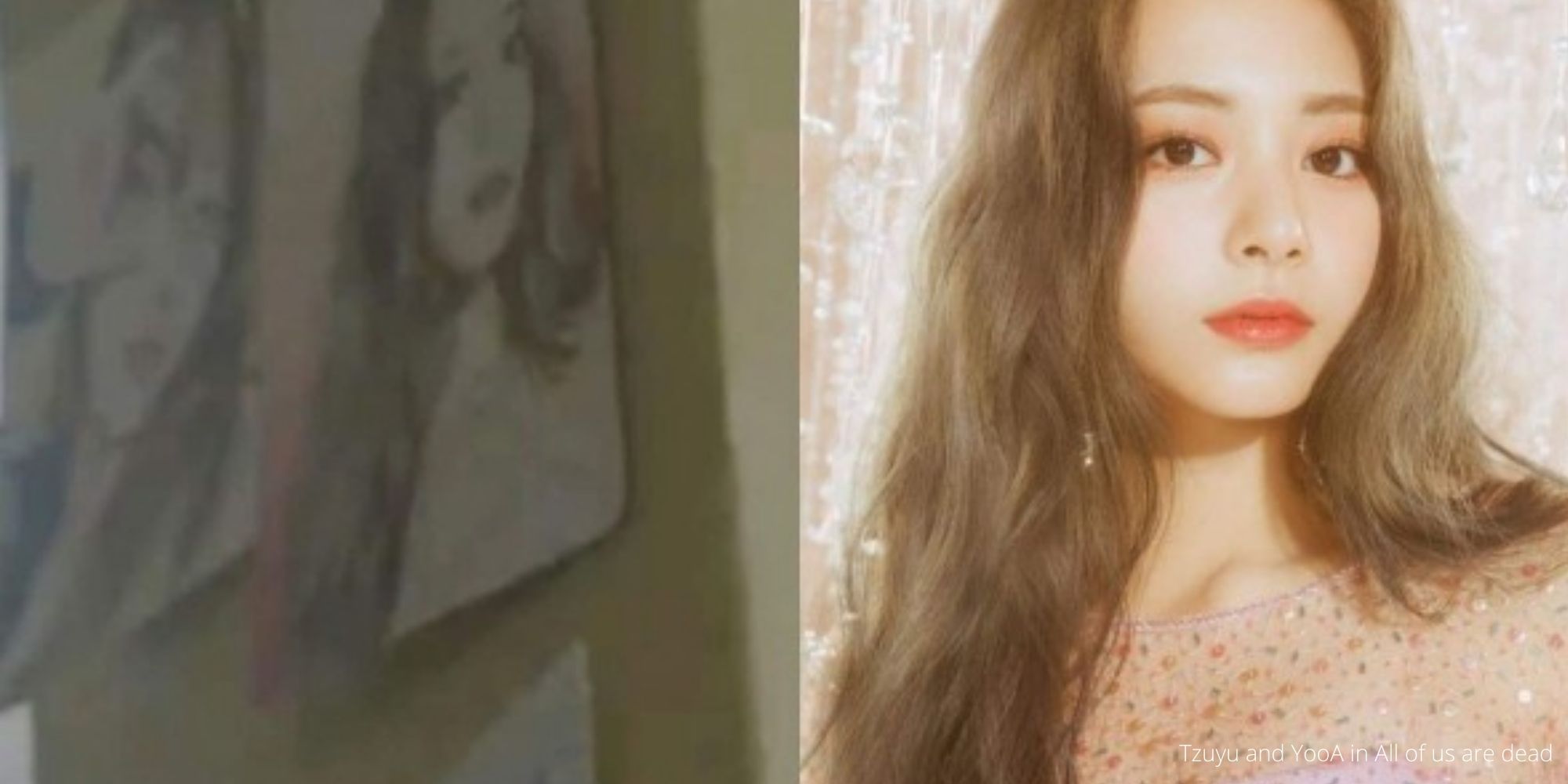 Tzuyu and YooA in All of us are dead.

Another surprising cameo appearance is made by another K-pop star Yoo-A. She is a member of the girl band ‘Oh My Girl. A portrait of Yoo-A is discovered in the same zombie scene in which a student is trying to escape the dead scavengers in the art room. Her portrait is spotted next to Tzuyu’s portrait, and it seems that a student has sketched it. The reference picture for Yoo-A’s portrait is one of her Instagram selfies. Also, YooA has been part of many tv shows like ‘No Prepare’ and ‘Late Night Ghost Talk’. Even though the South Korean singer has not been part of any scary drama, her fans would surely like to see her acting in a zombie drama.

The South Korean actress Bae Suzy has starred in many romantic dramas, but she might try her luck in zombie plots as well. It is hard to spot the actress during the zombies reading the street. However, when we look closely, we can see the picture of Bae Suzy on an advertisement banner. This is a little disturbing as the street is filled with dead bodies, and there she is on a banner promoting a soju brand. 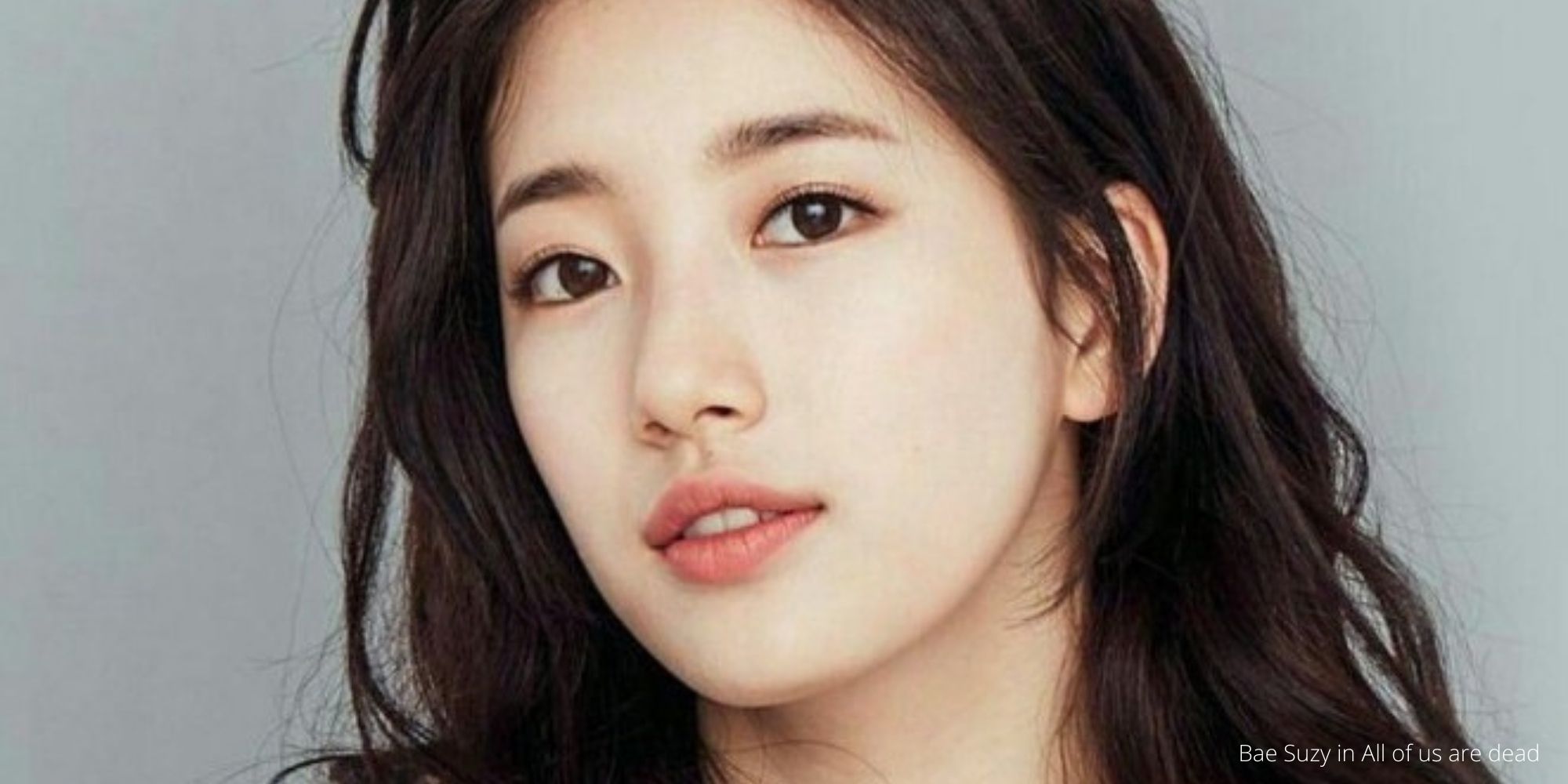 Bae Suzy in All of us are dead

We know that you must think that we are talking about BTS’s bunny, but no, it’s not him. However, it is a bunny named Cooky who is Joonkook’s BT21 character. The bunny appeared first as a student’s keychain that is spotted in a bag. Symbolically Cooky is considered a lucky charm. The character is perceived as being strong and athletic, but it turned out to be bad luck for the students in ‘All of Us Are Dead’. 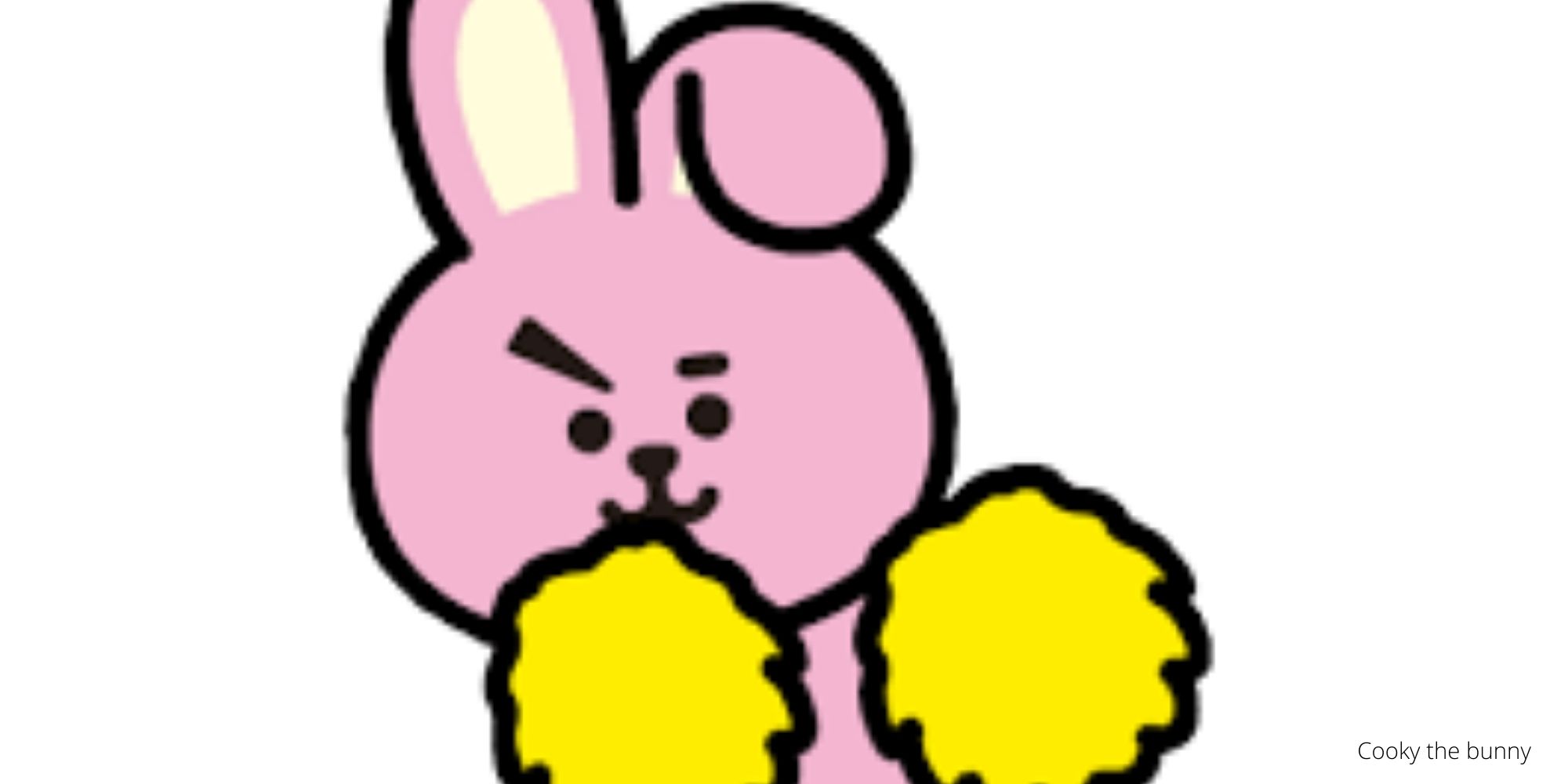