Cameron Grimes Net Worth: How Much is the Carolina Caveman Worth? 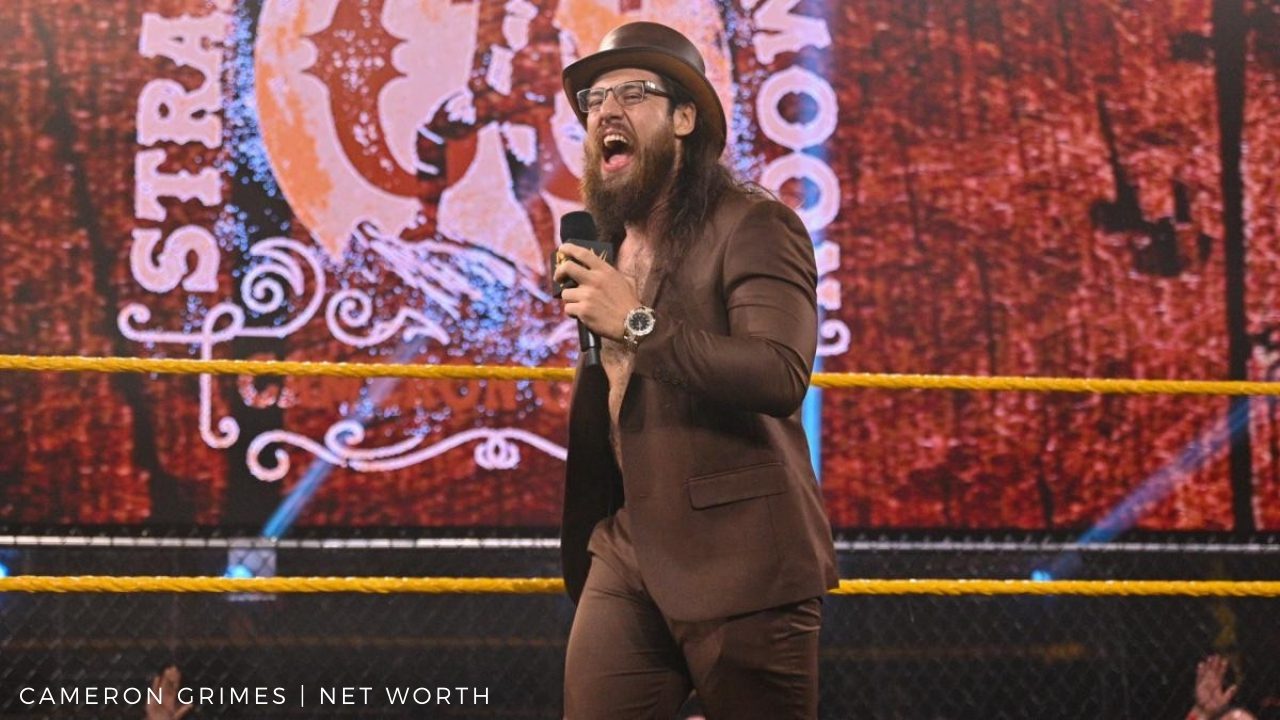 Trevor Lee Caddell or commonly known as Cameron Grimes is one of the most renowned champions of the wrestling ring. He is a well-known wrestler popular for his excellent skills and firm dedication towards his passion for the sport. Part of Impact Wrestling and Pro Wrestling Guerilla, Cameron Grimes being an excellent fighter is known to perform in the NXT brand.

Inspired by his father’s profession, Cameron chose to invest his life in the wrestling ring. He began his career as the first independent circuit at CWF Mid Atlantic In North Carolina. He polished his skills with utmost dedicated training resulting in the creation of one of the finest wrestlers to beat his opponents in the ring. One after another he won matches and his achievements made him emerge as a sharp and skillful wrestling personality of all the time.

With his swift tactics and techniques, Cameron grabbed the maiden win after beating Kevin Steen, who was the three-time PWG world champion. Being one of his brightest wins, Grime formed a team in 2015 with the vision of winning the DDT4 tournament. Fit body with a height of 6 ft and body weight being 100 kgs, Grimes created a perfect balance for his wrestler body and decided to try his luck in the TNA championship.

With the young wrestler’s constant growth and bright achievements media and commoners, both are eager to know about his net worth. Being one of the popular sports personalities, of course, has made him a center of attraction for paparazzi who are already digging up to know all about his fortunes. Let’s have a peek inside.

Cameron Grimes: What is his Net Worth?

Grimes is known for his skillful fighting techniques and firm dedication. He has made his name as one of the fiercest and skilled fighters in the wrestling game. There is no doubt in the fact that he has earned all the fame and popularity in a short period of time in the wrestling ring.

With his growing achievements and immense popularity, Cameron Grimes sits on a net worth of $2 million, as for 2020.

The major contributor to his fortune chest is from the various wrestling tournaments he has fought all around the globe. Unfortunately, his annual income and assets owned are not known to the general public. In between the years, 2019 and 2020 his net worth grew significantly. And, at the young age of 27 Grimes emerged as one of the polished personalities with a shining wrestling career.

Grimes debuted on March 28, 2014, with Pro Wrestling Guerrilla (PWG) at Mystery Vortex II. Sadly, he lost the three-way match to Andrew Everett and also Cedric Alexandra. However, he received a big blow-off in PWG by defeating the top names of the promotion. Later, on October 17, 2014, Grimes defeated Adam Cole, the longest reigning PWG World Champion in the title’s history, and earned the title for himself.

In the same year, on December 12, Cameron defeated Chris Hero, another PWG World Champion. Coming through all the defeats and wins Cameron entered into the 2017 edition of the Battle of Los Angeles. Though, he got eliminated in the first round by Donovan Dijak. Later in 2018, in the same battle, Grimes defeated Marko Stunt, Brody King, in the first and second rounds respectively. Though, in the semi-finals, he lost the battle to Jeff Cobb. Later after the 2019’s PWG’s Hand of Doom match, he chose to go for WWE. From February 2019 Cameron begun working for WWE Performance Centre officially. He won a series of matches and lost some too. Though, his confidence never wavered off which gave him an advantage over others.

ALSO READ: Laura Leigh Net Worth: How much wealth the actress have?

What else do we know about Cameron Grimes?

The star wrestler was born in the family of a wrestler in North Carolina, USA on 30th September 1993. His father too was a professional wrestler known as Tracy Caddell. Him choosing wrestling as a profession was a motivation from his father.

For the academic part, Cameron was a part of a reputed institute though there is no detailed information about his educational journey. Apart from being a fierce personality in the ring, he is known for his shy and introverted personality.

ALSO READ: Adin Ross Net Worth: How wealthy is the twitch superstar?

Mads Mikkelsen Net Worth: How Rich is The Danish Actor?

Are Kendra and Hank Still together? An Update on Their Relationship