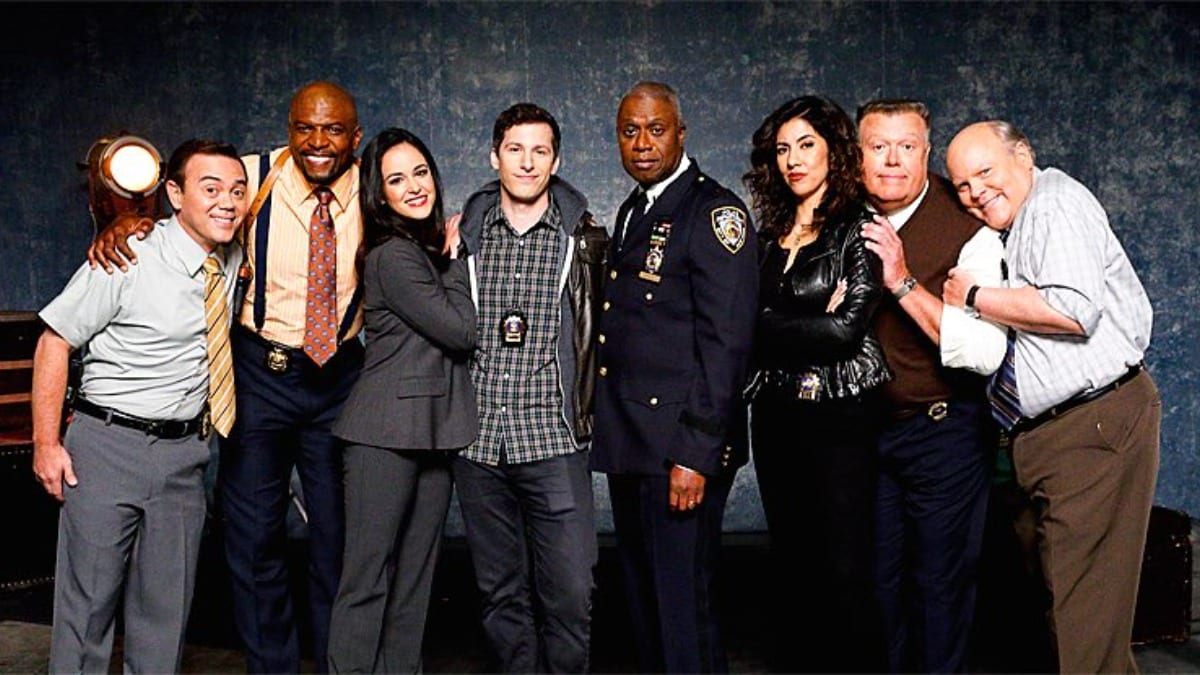 BINGPOT! The NBC comedy B99 is all set for its final season. Brooklyn Nine-Nine season 8 release date is here! All the fans of the procedural police comedy are curiously waiting to see the new batch of episodes. Sadly, B99 will end with season 8. But, hey, we do have a whole season to binge-watch yet. The Andy Samberg comedy Tv series is counted as one of the best comedy series ongoing at the moment.

Moreover, now with the addition of Mac (Jake and Amy’s son), we can’t wait to see season 8. Just like always, the new seasons will be filled with interesting cases, hilarious cold opens, Halloween heists, and witty dialogues. So, without waiting any further, get all the updates on the Brooklyn Nine-Nine season 8 release date.

The announcement for season 8 was made in the most excellent way possible. A clip was posted on IG where the news was shared with all the cast and crew. The NBC executive told the B99 family that they want to dispel some rumors about next season. “We want you to come back.,” he said, further increasing the happiness level of the fans. 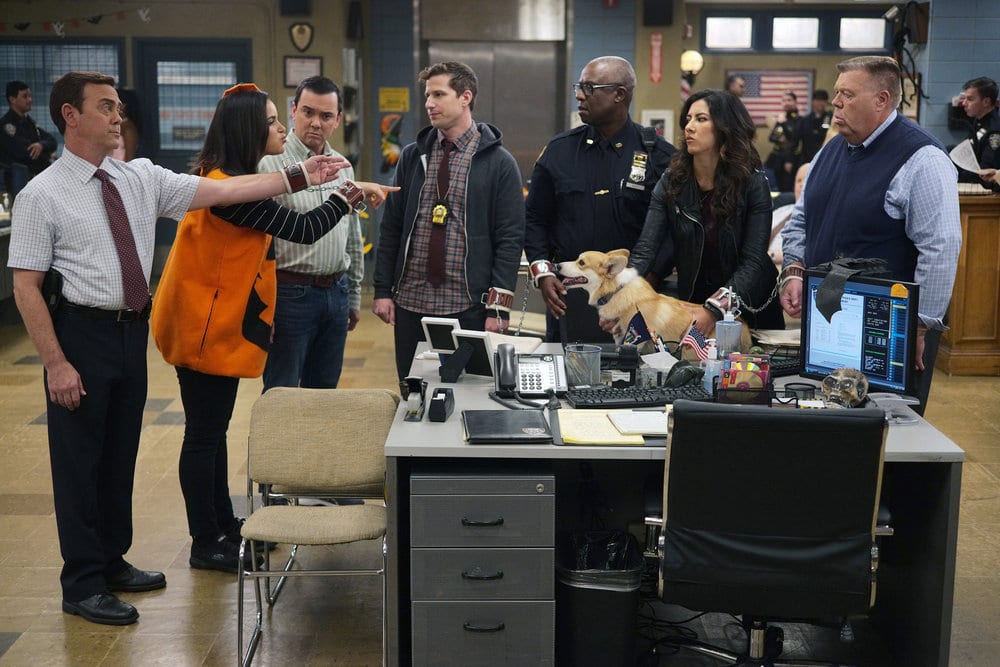 The American sitcom created by Dan Goor and Micahel Schur premiered on September 13, 2013, on Fox Network originally. Sadly, Fox canceled the show after five seasons. Thankfully, due to its popularity, the show was picked by NBC. Reportedly,  6.4 million viewers overall watched the B99 season 7. Thus, season 8 was a must.

The highly anticipated season 8 of the police procedural sitcom is releasing on August 12, 2021. The final season will have ten episodes premiering on Peacock Tv. People residing outside the U.S. region can stream the show on Netflix. All the previous seven seasons of the sitcom are already available on the streaming giant. And we are hoping to see the eighth and final season there as well.

The fans could have witnessed season 8 earlier. But, due to the pandemic, the filming for S8 was pushed back to January 18. But, the fans are happy that their August is sorted.

The cast of the series appeared in a short video, where they shared all the memories of the past eight years. Also, they expressed their excitement for the final season. Watch it down below:

Talking about the cast, all the primary members will reprise their roles. It includes Andy Samberg as Jake Peralta, Mellisa Fumero as Amy Santiago, Andre Braugher as Raymond Holt,  Joe Lo Truglio as Charles Boyle,  Stephanie Beatriz as Rosa Diaz, Terry Crews as Terry Jeffords, Dirk Blocker as Michael Hitchcock, and Joel McKinnon Miller as Norm Scully. The human form of the “100 emoji,” aka Gina Linetti, played by Chelsea Peretti, left the show in season 6. But, we hope to see her make a guest appearance in the final season.

Every episode of Brooklyn Nine-Nine has its own story with a new case. But, the fans are constantly fed with the ongoing personal stories of the characters. This season, we are excited to see how Jake and Amy’s lives will change now they have welcomed a baby boy. Moreover, earlier, it was informed that season 8 would also pinpoint the issues of the ‘Black Lives Matter’ moment. 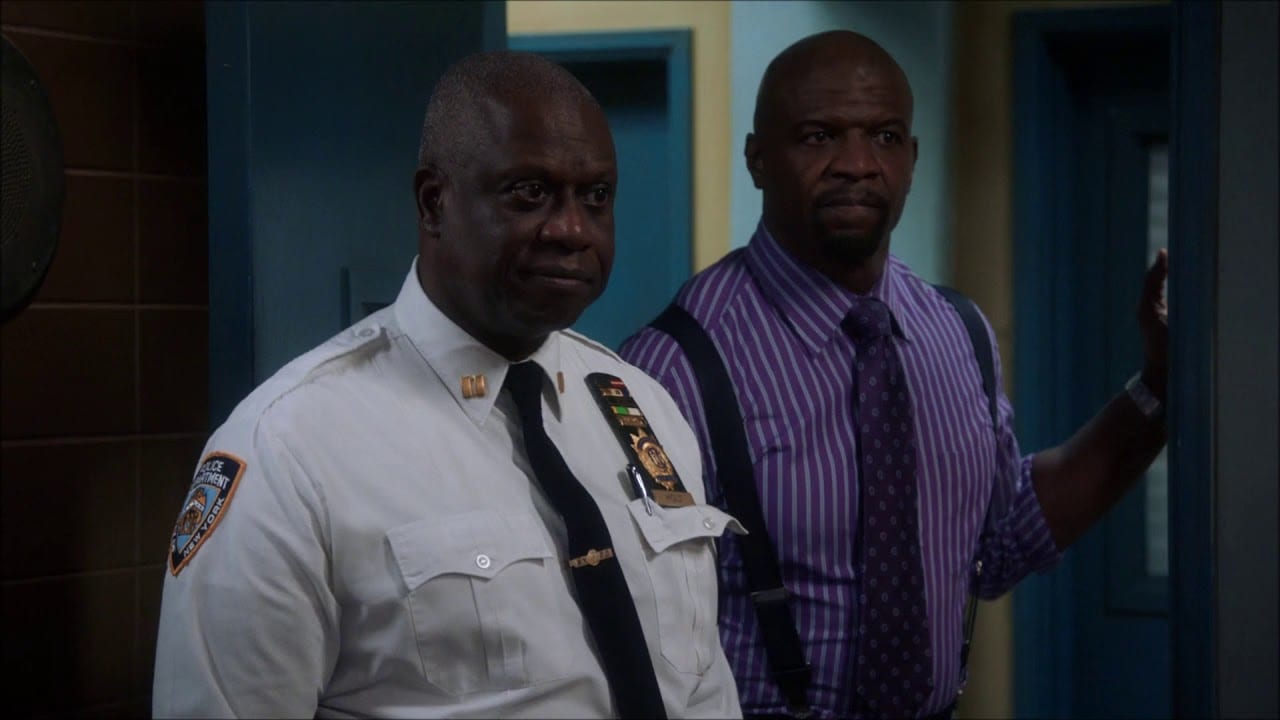 Andre Braugher, who plays Raymond Holt in the show, previously said that the subject is very complicated. Also, they have to destroy the myth that police breaking the law is only for the greater good. In the series, Capt. Holt and Lt. Terry are black cops and often face discrimination.

Later, creator Dan Goor also focused on the BLM episodes and why they want to corporate a storyline revolving around the issue. However, he also asked not to get all serious as the new installment will also majorly focus on Jake and Amy’s son and their shenanigans.

“We’re very conscious, similarly to when we coupled them up, that this is a workplace show,” Goor shared. He then said that they like to write a comedy about them as “working partners,” and they will continue to do the same this season. 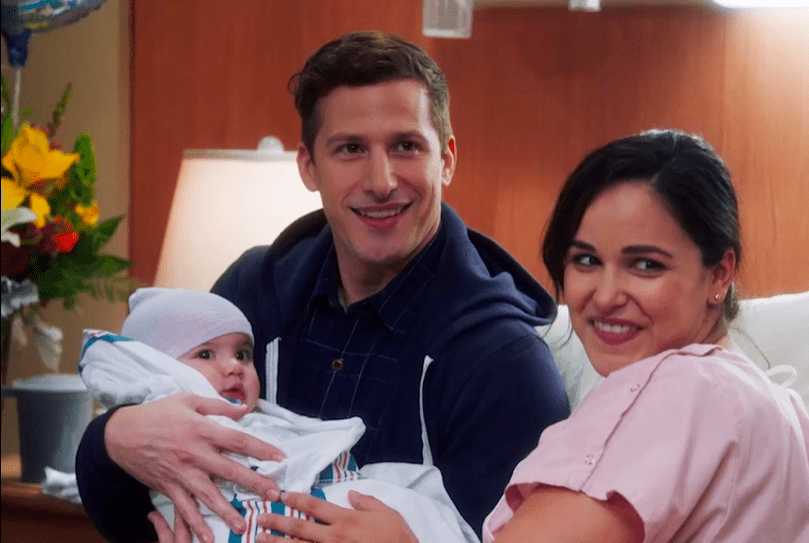 So, are you ready for the new season? Yes? Until then, stream the previous seasons here on Netflix.

Also, read: When Will ‘This Way Up Season 2’ Come Out?