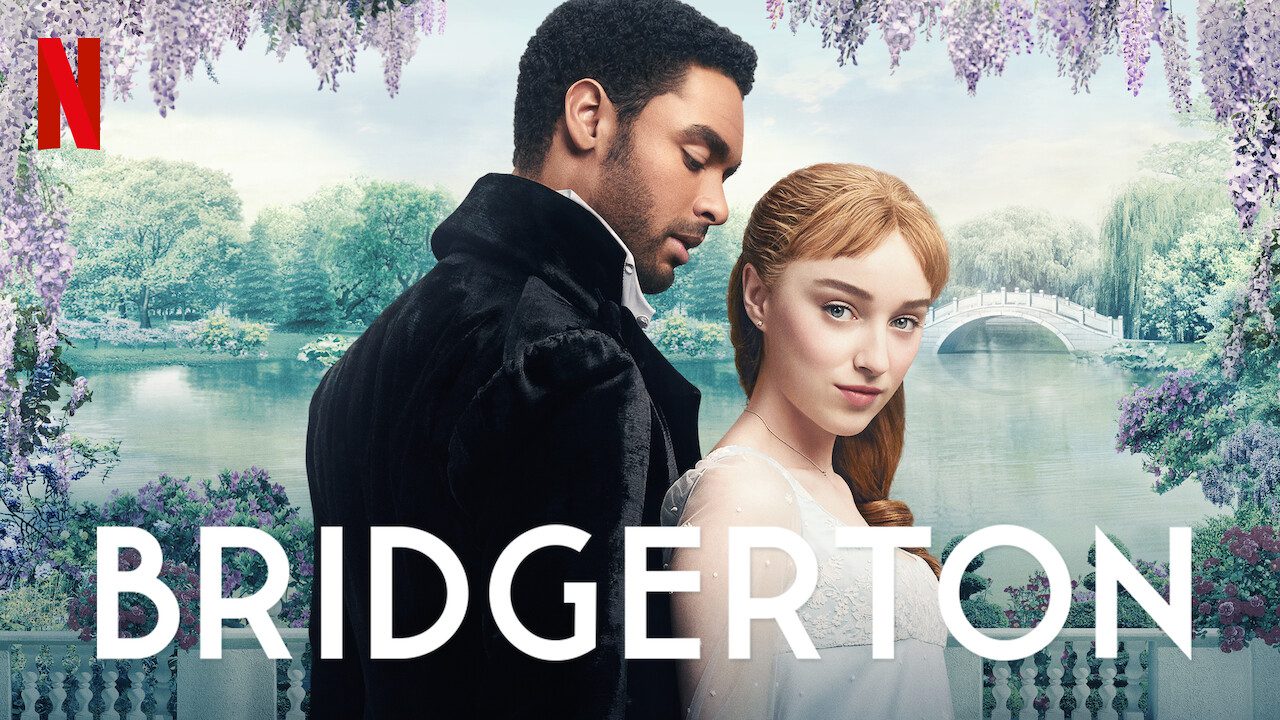 Season 3 of Bridgerton will be focused on Benedict Bridgerton if the novels are followed. If you’ve just finished watching Bridgerton’s first two seasons and want to know what happens next, we’ve got you covered. You’re lucky you have us to tell you everything. When it comes to everything Bridgerton, consider us your personal 21st-century Lady Whistledown. From its characters and plotline to the official release date, here’s all we know about Bridgerton season 3.

Season 2 begins with Viscount Anthony Bridgerton on a search for a suitable spouse. The subject of love isn’t even mentioned on his list of prerequisites for the new Lady Bridgerton, which includes being charming, gregarious, having childbearing hips, and having a smidgeon of intelligence. Anthony believes he has found his ideal match when Lady Danbury chooses Edwina Sharma, a young lady from Bombay who is being hosted by Lady Danbury, as the season’s diamond.

Every rose, as the Viscount says, has its thorn, and Edwina’s cantankerous elder sister, Kate Sharma, is Edwina’s thorn in this case. From afar, Kate dislikes Anthony’s entitled, slightly chauvinistic viewpoint. Kate chooses to be a spinster and is fiercely protective of Edwina. When Anthony continues to pursue Edwina, Kate becomes even more determined to put an end to their relationship, realising that Anthony is marrying for duty rather than love. 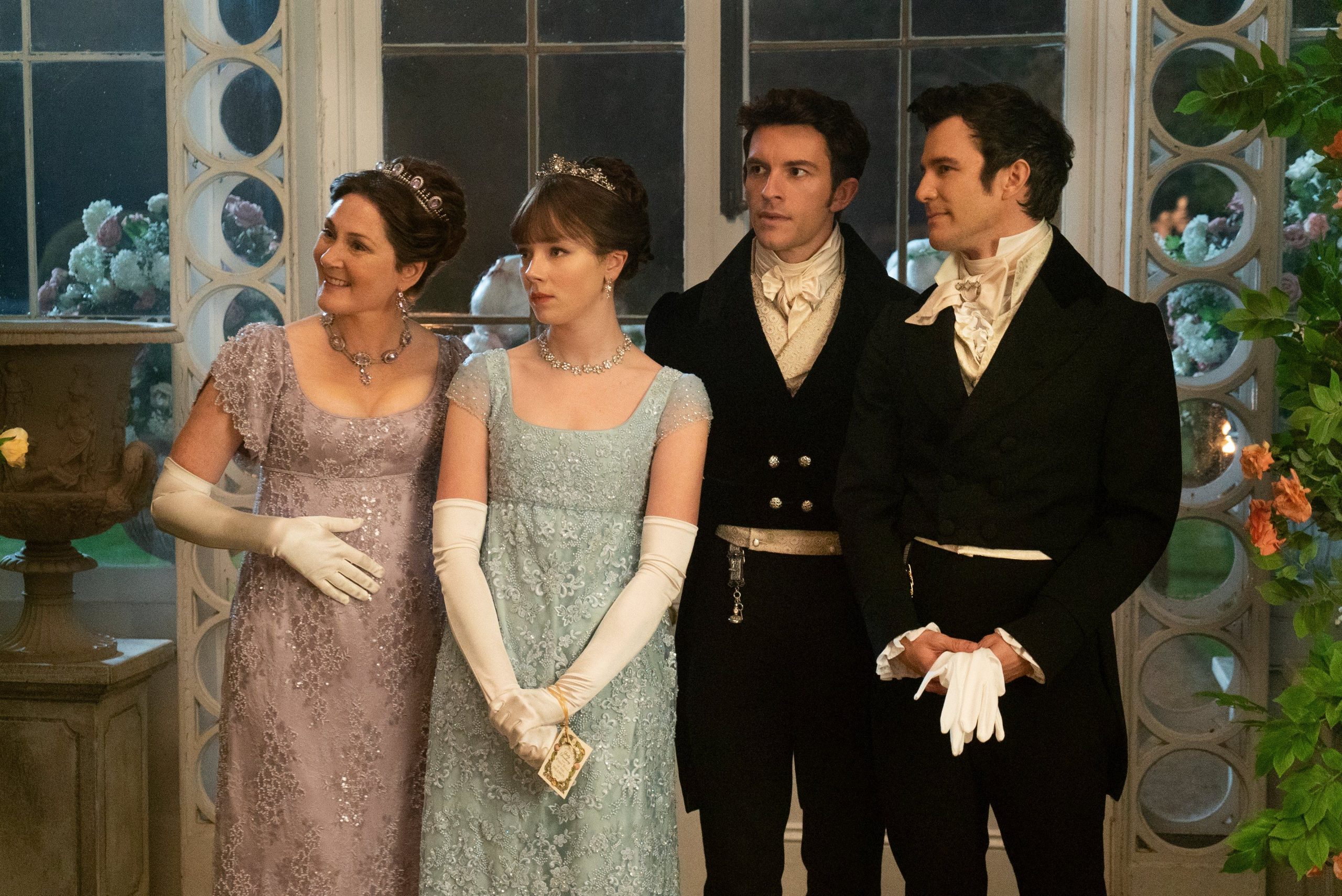 Of course, neither Anthony nor Kate anticipate falling in love, and the situation becomes even more scandalous when Edwina and Anthony marry, while Anthony is plagued by feelings for his bride-to-sister. be’s Edwina realises the true romance at hand and abandons Anthony at the altar, culminating in a very awful wedding.

Meanwhile, the Queen summons Eloise and gives her a top-secret mission: to figure out who Lady Whisltedown really is. Bridgerton’s dearest friend Penelope Featherington, unbeknownst to Bridgerton, is a well-known gossip pamphlet writer. Unfortunately, Eloise becomes a suspect in her own right, and in attempting to save her, she too becomes a suspect. Penelope accuses Eloise of associating with political extremists in a nasty piece against the Bridgertons.

In the season 2 finale, the Ton casts a critical eye on both the Bridgerton and Sharma families. Even though the Featheringtons, who have become wealthy as a result of Lord Jack Featherington’s devious technique of selling counterfeit rubies, throw the season’s last ball, no one attends the families’ ball. The Queen arrives and bestows the matriarch’s approval, restoring the families’ social standing. Darker themes are brewing elsewhere, as Eloise ends her relationship with Lady Whistledown after finally understanding her identity, leaving her furious and distraught. 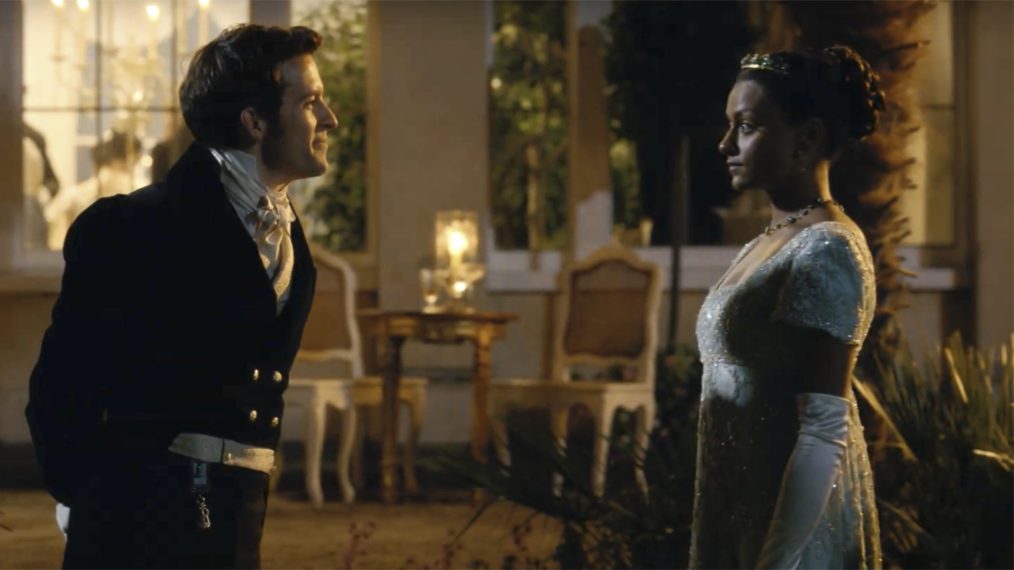 Six months after the events of the wedding season, Season 2 concludes with the Bridgertons, Sharmas, and Lady Danbury being collected at Aubrey Hall. Kate and Anthony are in love and no longer need to hide their feelings now that they have returned from their trip together. The healthy rivalry that has defined their connection since the beginning is evident in the last scenes when the two families play pall mall together.

As was the case with his sister Daphne, so it was with him. Instead of the wife that society expects him to marry, Anthony Bridgerton marries the woman he loves. Kate, too, finally accepts the guy she loves, despite all obstacles and even her own goals. Interestingly. Edwina is the one who finally convinces Kate and Anthony to get together, and the two are last seen smitten and unable to keep their hands off each other.

Kate and Anthony are now married and have spent the last six months travelling, according to a brief discussion in the closing minutes of season 2. Though it doesn’t appear that they have enough time to travel to Kate’s home country of India, their voyage appears to have brought them closer together. It’s also encouraging to observe that their contentious dynamic — in which the two are constantly “vexed” by each other — is still very much alive in their relationship.

Before the second season of Netflix’s record-breaking series even premiered, the company announced that it will return for a third and fourth season. On April 13, 2021, the streamer announced the news on Facebook. Season 2 of Bridgerton premiered on Netflix fifteen months after season 1 did. Season 2 began production in March 2021 and ended in November of the same year, with the cast and crew dealing with pandemic delays along the way. Season 2 was released on Netflix in March of 2022. 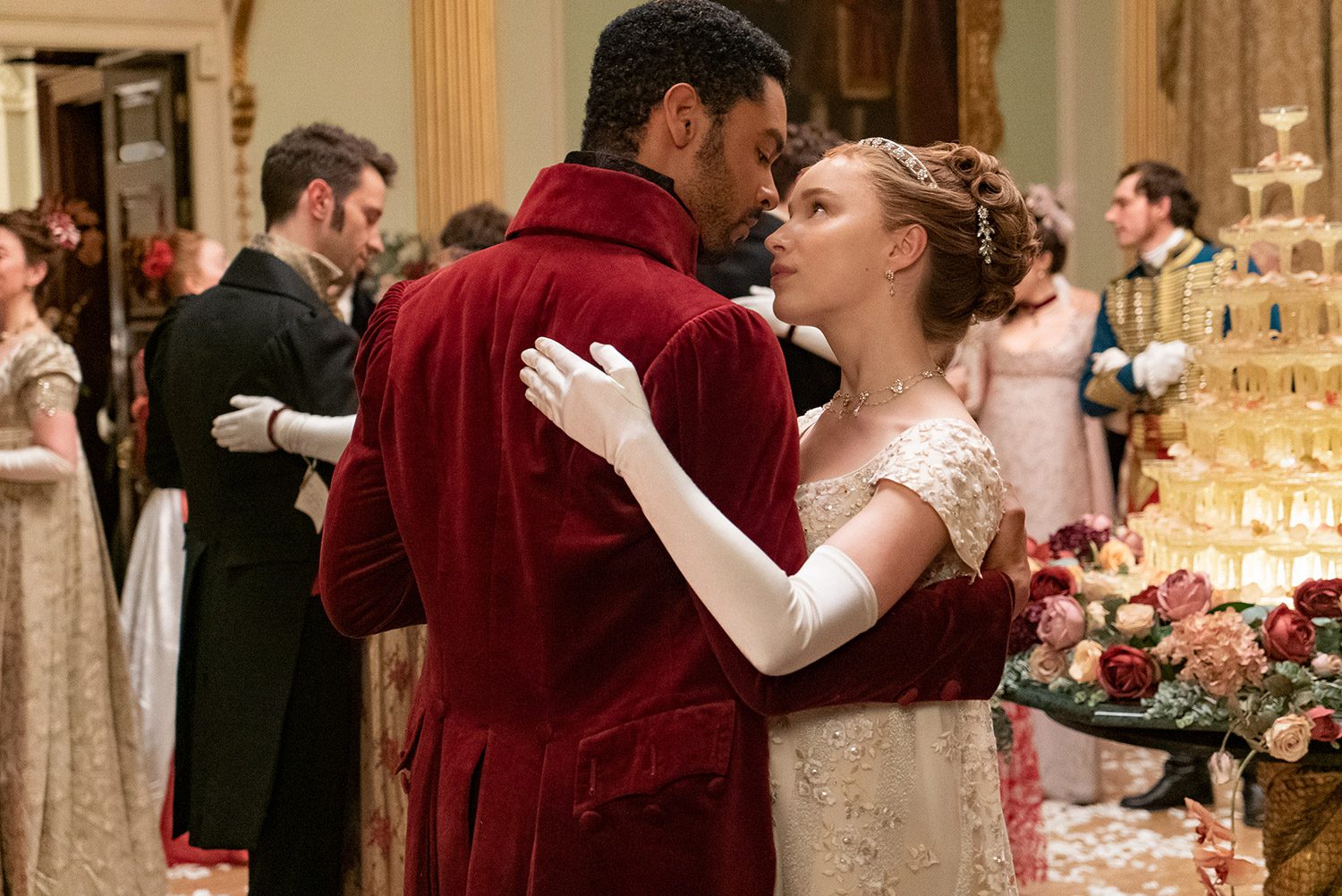 Both Nicola Couglan and Shonda Rhimes have stated that Bridgerton season 3 will begin filming in the summer of 2022. Other specifics regarding the project are yet to be announced but expect more in the following months when the cast returns to work. Season three could theoretically premiere in March 2023, allowing them the rest of the year to film and a few months to edit.

Who Will Be Returning For Season 3? – Bridgerton Season 3 Cast

The show wouldn’t be the same without a few key characters, starting with Penelope Featherington, aka undercover gossip writer Lady Whistledown, played by actress Nicola Coughlan. Whistledown’s observations will probably certainly be echoed by Dame Julie Andrews once more.

Then there’s the primary Bridgerton family, which includes Ruth Gemmell’s Violet Bridgerton and her eight children. Namely, Anthony played by Jonathan Bailey, Benedict played by Luke Thompson, Colin played by Luke Newton, Daphne played by Phoebe Dynevor, Eloise played by Claudia Jessie, Gregory played by Will Tilston, Francesca played by Ruby Stokes, and Hyacinth played by Florence Hunt. Each book in the Julia Quinn novel series, on which the show is based, centres on a different sibling. Daphne has been pushed to the sidelines since season one, with just sporadic appearances. Duke Simon Bassett (Regé-Jean Page), her husband, has exited the series. 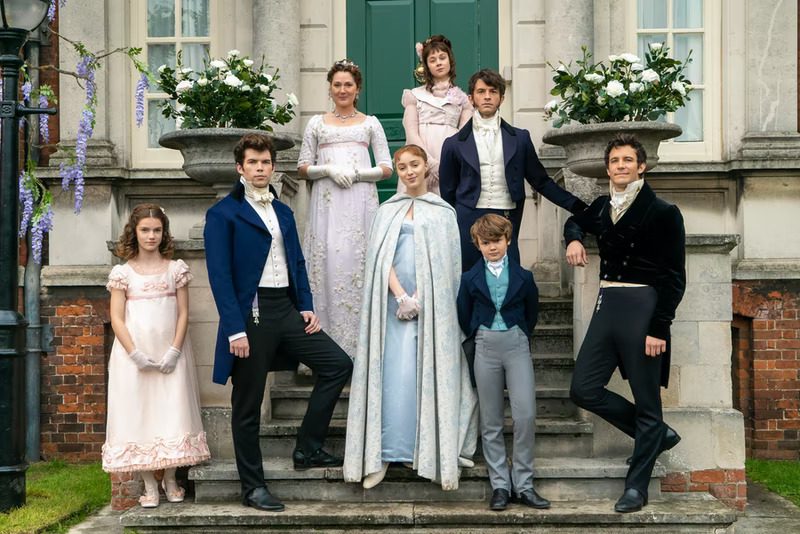 So far, there’s no word on whether Phoebe will return for Season 3. With that in mind, Jonathan Bailey’s future as Anthony Bridgerton, the key character of season two, is likewise doubtful. Unlike Duke and The Daphne, Anthony and his new wife Kate  (played by Simone Ashley from Sex Education) are the centre of their respective families. It’s much less likely that they’ll vanish completely.

Furthermore, Edwina (Charithra Chandran), Kate’s younger sister, has yet to discover love. Queen Charlotte (Golda Rosheuvel) is in control of everything, and during the social season, she can’t seem to avoid a little gossip. Lady Danbury, a long-time confidante and friend, is aiding her in her venture (Adjoa Andoh). As a result, expect them to spy on each other in season three.

What Will Happen In Season 3? – Bridgerton Season 3 Plot

If the series follows Julia Quinn’s books, season three will focus on Benedict Bridgerton, the second Bridgerton brother. The Cinderella storey is the basis for An Offer From A Gentleman, which is a tried-and-true pattern. Even the curfew at midnight was observed. After avoiding her evil stepmother and getting into the Bridgertons’ masquerade ball, Sophie Beckett meets Benedict in the book. Despite the fact that he has no idea who she is, he falls in love with her following their chance meeting. 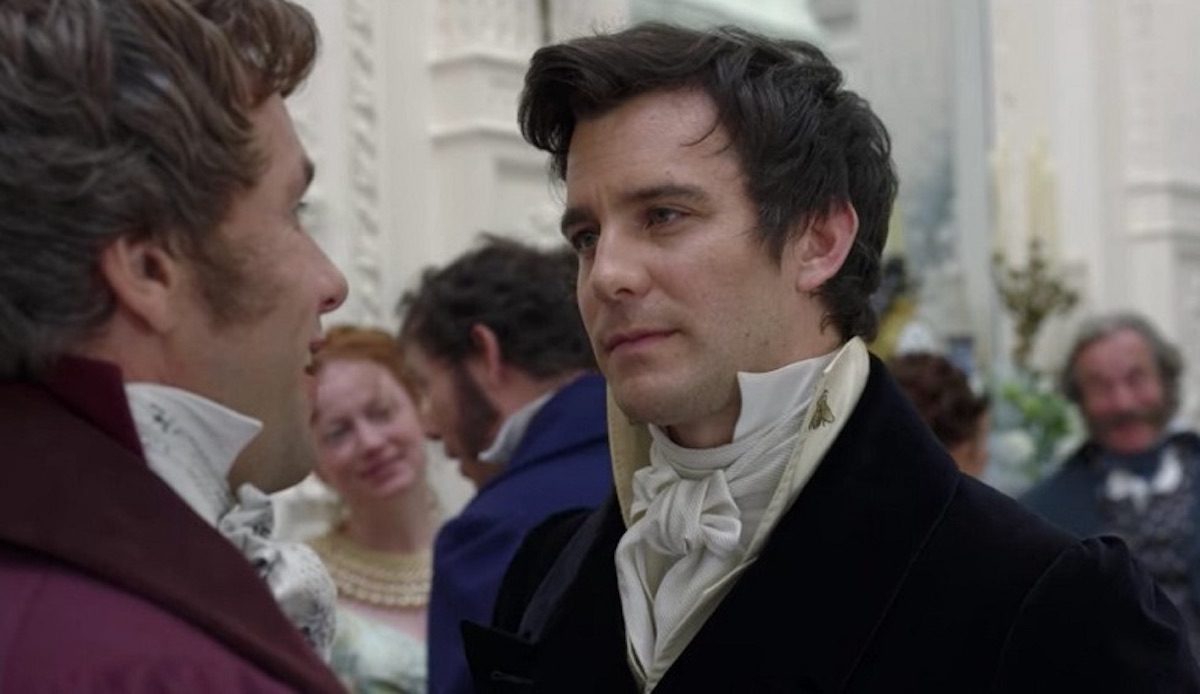 Benedict was shown attempting to live the life of a bohemian artist during season two of Bridgerton, only to be frustrated when he discovered that his elder brother Anthony had purchased his place at art college. He was so frustrated and upset that he decided to drop out of school and declare himself a fraud. But, as is customary, there’s more to cope with than the eldest Bridgerton brother.

Penelope Featherington went on a rampage as Lady Whistledown at the end of season two once Eloise learned her secret identity. Colin Bridgerton, her long-time unrequited love, who she overheard declaring he would never consider her for a wife, further crushed her sentiments. While Daphne and the Duke have nearly vanished since season one, Anthony and Kate will most likely take a backseat now that their time as the lead romance has passed. Kate’s younger sister Edwina, on the other hand, may yet have a storey to tell and a love match to find.

Also Read: Netflix’s Film Blonde is under NC-17, Why?