Fire has been ignited and Boruto is all set to achieve the title of greatest anime of 2022. Let's discuss all the episodes of Boruto releasing January 2022 with their titles. 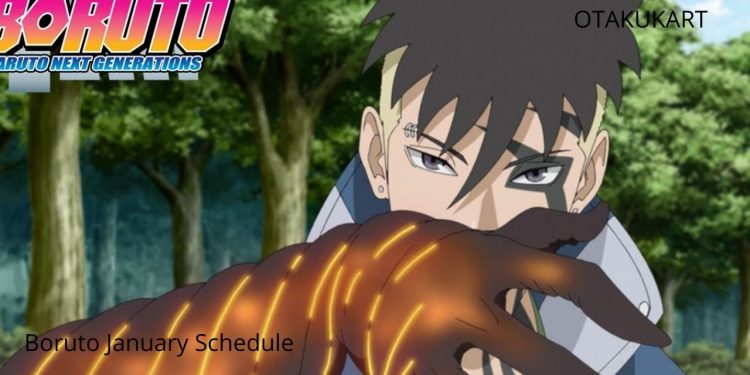 Boruto recently gained the attention of the world’s eyes by introducing the everlasting battle of Naruto and Sasuke with Isshiki Otsusuki. The fight was so epic that it crashed some of the streaming platforms and remained to trend on Twitter for many days. Finally, the Naruto fandom gets to see their heroes in action again and save the whole village. However, things didn’t remain completely in our favor, and we had to say goodbye to Kurama in this fierce combat. Sasuke lost his Rinnegan, which used to give him an edge over his enemies. As our heroes lose their signature capabilities, the village is on the vulnerable stage to get attacked by baddies. However, Boruto and others are getting stronger day by day, and there is a lot of fight left in Naruto even without Kurama.

Boruto: Naruto’s Next Generation is the sequel of Evergreen’s hit Naruto Shippuden anime which revolves around his son Boruto and his friends. Boruto is completely different from his father, who has a different dream in his head. He doesn’t want to become Hokage of the Village just like his father but wants to become someone who assists Hokage in saving the village. Yes, you guessed right! Just like Sasuke. The series also remained in many controversies, and initially, people were not accepting Naruto’s boy as his replacement; however, after the current arc, things are changing, and Boruto is becoming better and better.

Here is the Episode Schedule of Boruto: Naruto Next Generation anime in January 2022.

For those who are unaware, Boruto Anime will go on a 1 week hiatus at the start of January 2022.

Boruto Episode 232 is all set to get released on January 16, 2022. The director and Writer are yet to be announced, but we know that this episode is gonna give us the perspective of Denki from a whole new perspective. Denki is someone who has enough potential to create something magical out of science. We believe that he has to play a major role in upcoming events in Boruto that are going to unfold.

Boruto Episode 233 is all set to premiere on January 23, 2022. The director and the writer of this episode are yet to be announced. In this episode, we are gonna see the new team 7 in action, and what’s more, we can expect moderate to heavy animation in this particular episode. What could be the new team 7? Do let us know.

Boruto Episode 234 is all set to get released on January 30, 2022. The Writer and director are yet to be announced. With this episode, the January session of Boruto will end, and we will move forward towards the next session. We might see the final battle of New Team 7 and their final opponent in this episode. It is also a possibility that we will get the conclusion of their battle in this particular episode itself. All we have to do now is to wait and speculate on the upcoming episodes.

Where To Watch Boruto?

Now the final question which usually comes to our mind is, Where To Watch The Boruto? Well, there are many websites that allow us to watch anime legally, but the most popular and recommended platform is Crunchyroll. Crunchyroll lets you simulcast as well as binge Boruto. Crunchyroll is also known as the warehouse of anime because it has a huge database of anime shows. With your single subscription, you can enjoy thousands of anime anytime, anywhere, in the highest quality possible. The best part of this platform is, If you don’t want to pay for the subscription, you can still enjoy the show in ad format as it supports ad-supported content. In this way, you can also support the creators financially, which surely encourages them to continue the good work.

Also Read: How Many Chapters and Episodes Does Boruto Have?