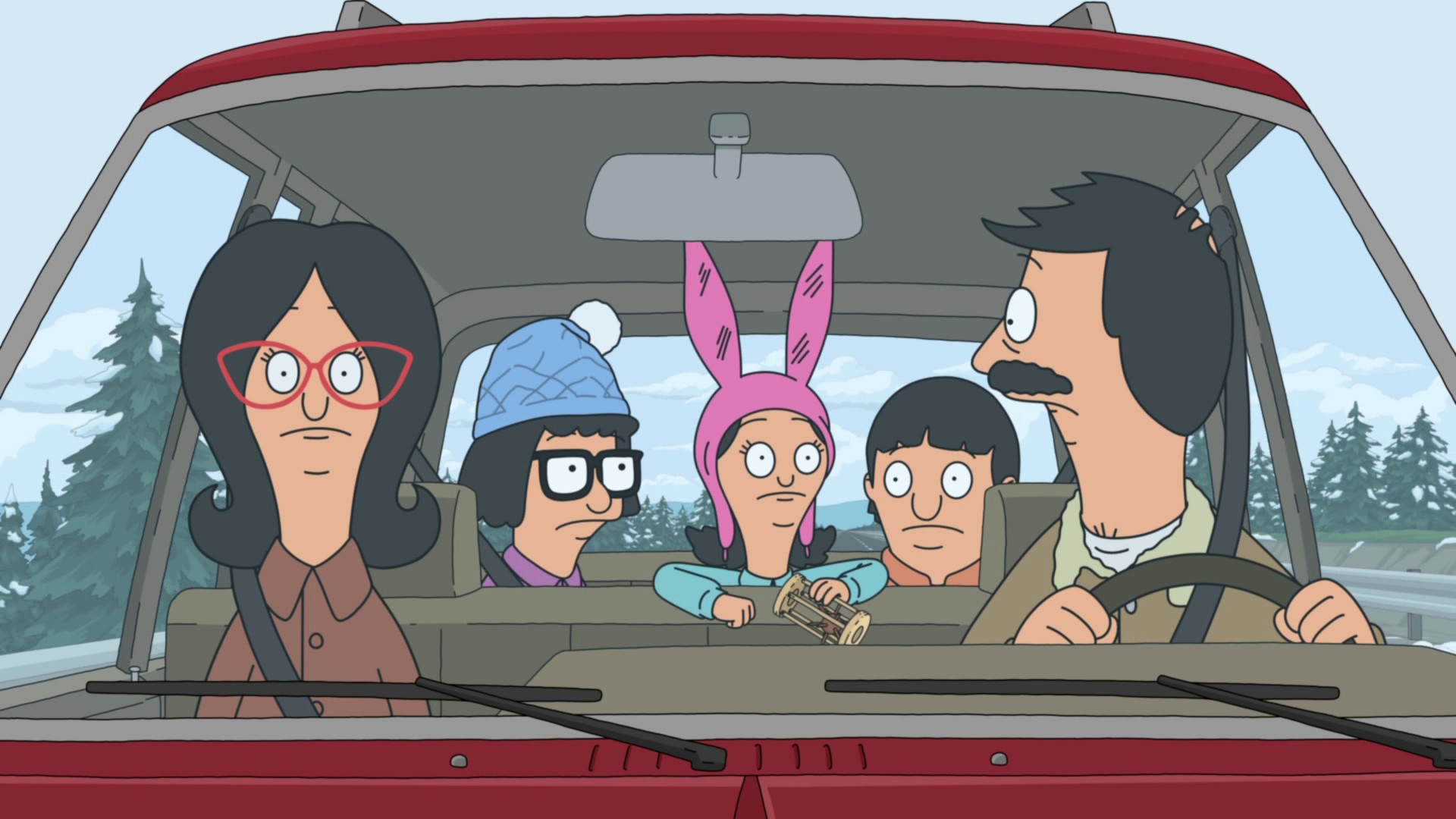 Linda bent on taking her whole family for a Christmas family photo. Well, that’s what has been going on in Bob’s Burger lately. The animated series has been on quite a run. Created by Loren Bouchard, it has covered 10 successful seasons. The animated sitcom is currently on its 11th consecutive season, covering 12 episodes so far, with three more episodes arriving soon. The Fox series started with a bumpy road. It was criticized in its first season for poor comedy but successfully picked up later, starting off with the second season. Bob’s Burger grabbed the second chance and have reached the 11th season right now.

Bob’s Burger follows the story of Bob Belcher and his family. He is a third-generation restaurateur who runs Bob’s Burger with his family. The only problem in his life is his restaurant going out of business constantly. Especially because of his nemesis Jimmy Pesto who owns a busy pasta joint across the street. Bob and his family fight their way off with all the problems that come into their day-to-day life.

So with no further adieu, here we are looking at what happened previously on Bob’s Burger Season 11. Plus, what we can expect from the upcoming 13th episode of the eleventh season.

The twelfth episode of Bob’s Burger Season 11, titled “Die Card or Card Trying” starts off with the end of the Christmas Holidays. Linda is getting off the tree and decorations and still feels it’s too early to take them out. On the other hand, the kids have kept themselves busy. Tina with a puzzle, Gene with the harmonica, and Louise struggling with his hat. Bob walks in, asking if he could give a hand to Linda to her denial. So he introduces his new drink Orange Lemon Basil.

As Linda takes down all the greeting cards, she realizes they are getting fewer and fewer greeting cards every year. She comes to a conclusion is that’s because they haven’t been giving away cards much. She asks the other family members along with her even they don’t remember having a good family picture together. So, too much everyone’s denial, Linda takes out everyone for a family picture, believing it’s still January and Winters are not over yet. 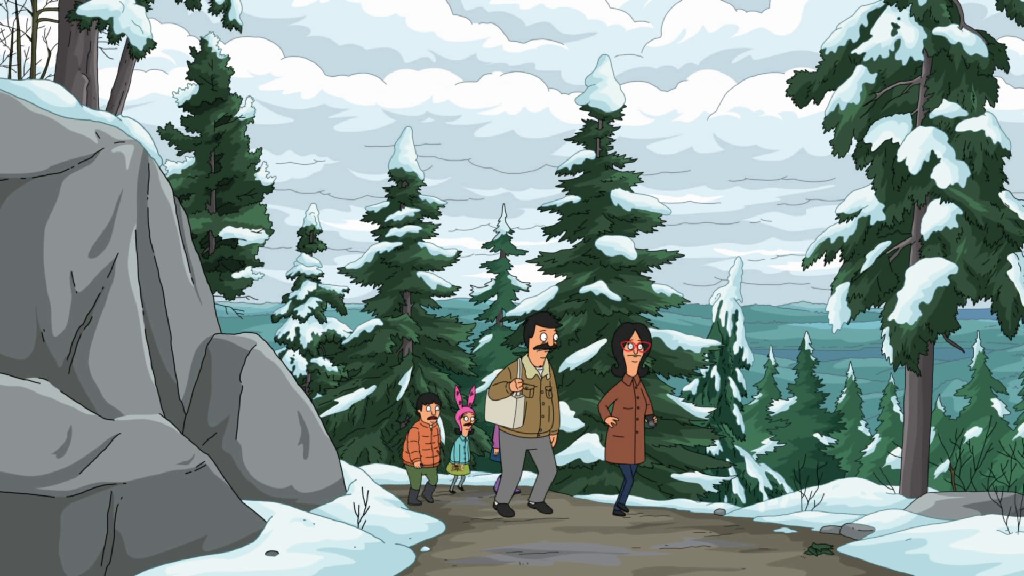 So, Linda picks up a destination over the hill called Three Mile Lookout. Others are too lazy to go up there just after the holidays, but they somehow agree with Linda. Even after everyone’s constant denials, the family makes it to the top. Now, they are struggling with the camera and how it works. So, Linda spots a few hikers and asks them to take a picture of her family. But that doesn’t satisfy her either.

So, Linda figures out her own way to take the picture by sticking up the camera to a nearby rock. Finally, she takes the picture she was longing for but, in the process, gets her hand trapped in the rock the camera was holding onto. The only way she can get out is without a camera in her hand. To everyone’s request, Linda still won’t let the camera go until the Park Ranger they met in the parking lot arrives. 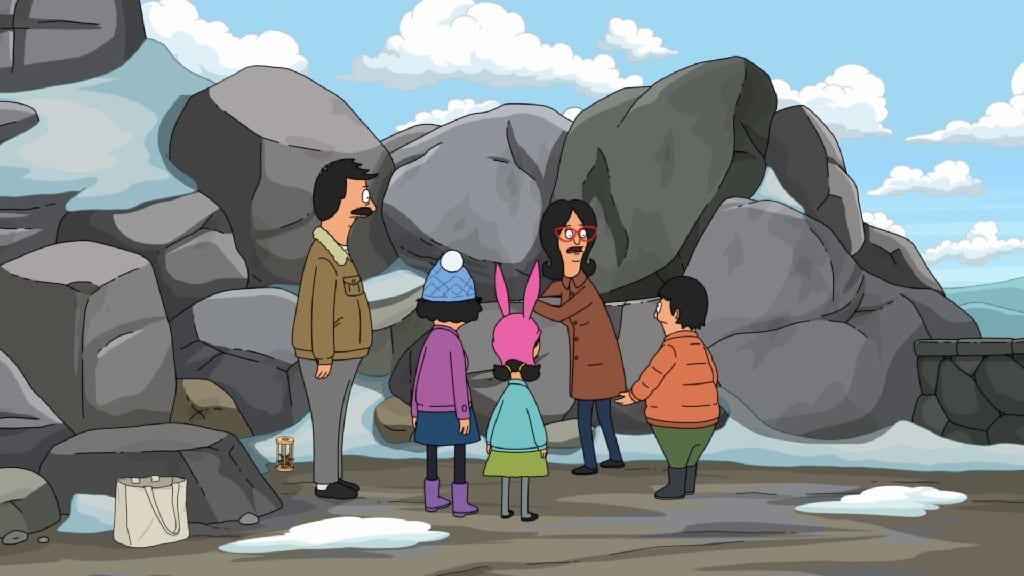 The Park ranger gives the family warnings to leave the place as it’s about tonight. But Linda states she won’t leave without the camera and photo inside it. She shares a sob story of how the cards will not come to them or if someday the world vanishes, and aliens see this photo of theirs. The story breaks the family and the park ranger down, and they agree to help. With everyone pulling her apart, Linda manages to free herself with the camera in her hand.

The next day the whole family gathers up at Bob’s Burger to celebrate the last days of the Holidays. That’s when Linda arrives with the newly Holiday Cards printed with their brand new family picture.

Bob’s Burger Season 11 Episode 13 will be releasing on February 7, 2021, on the Fox TV network. Titled “Romancing The Beef”, the official synopsis of the episode suggests that a war is coming up for Valentine’s Day. So here it is, Louise talks to her parents and convinces them to bank on the coming Valentine’s Day. Even if it means putting their special day on the line, Louise is still going all out for it. On the other hand, Tina will be seen attending an anti-valentine’s day party at Tammy’s. 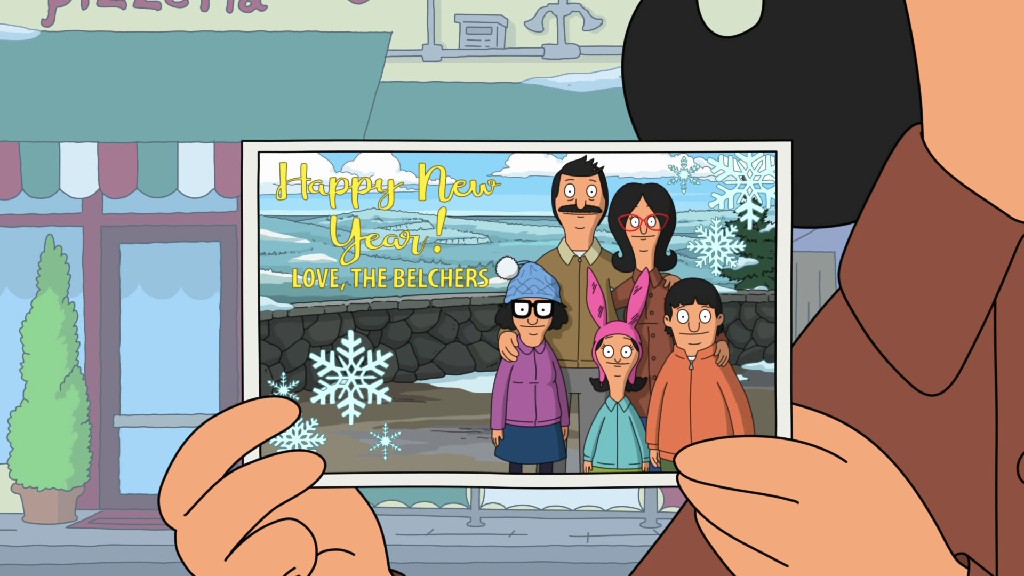 It would be fun to see what extent Louise goes with the Valentine plan. The question remains will Bob and Linda accept his request. Especially Linda, who is stubborn and won’t let her Valentine’s day go off easily. On the other hand, what is this thing called anti-valentine’s day party that Tina is visiting? All remains to be seen in the upcoming thirteenth episode of Bob’s Burger Season 11.