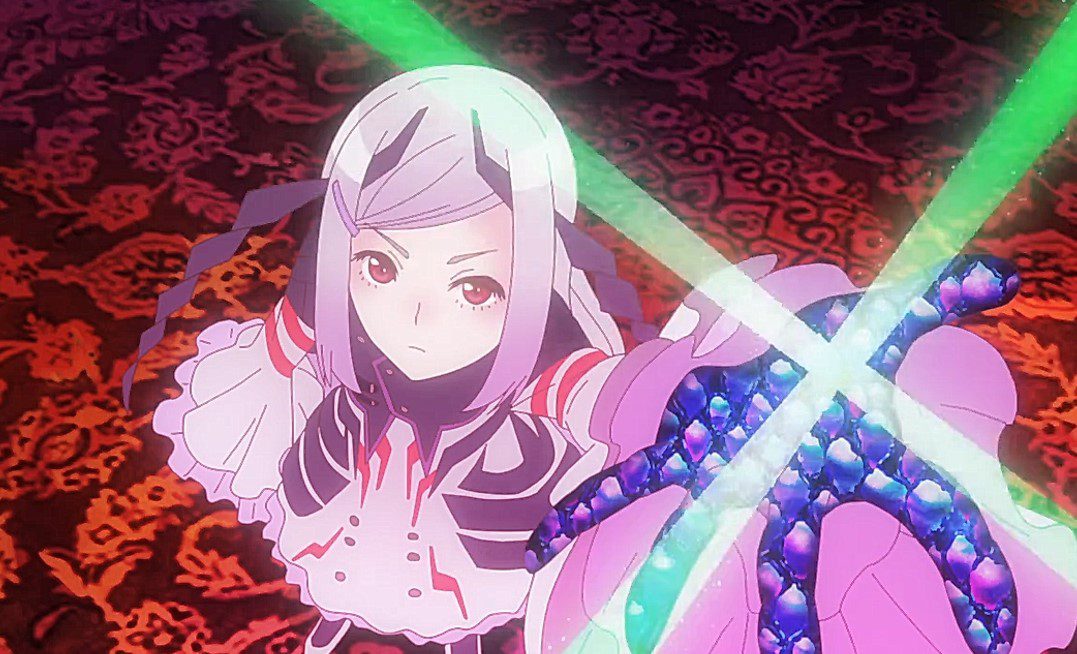 Blue Reflection Ray Episode 20 will release soon since the anime has released the latest previous episode. The final arc of the anime begins after Hiori got possessed by tremendous powers that opened a black hole. Shino and Uta realize that the powers awakened within Hiori are the key to unlocking the doors. Ruka told Niina and Miyako that the doors to the Common opened. Hiori lost consciousness, and Miyako grabs her before she hits the ground. Niina warns the girls about the changes in their surroundings. Miyako receives a call from another Reflector talking about the incident.

The Reflector reveals that the doors to the Common have opened and have become a tear in space-time. If a hole between the World and Common merge, the law of this World will get destroyed once more. If the rules get destroyed, feelings’ sanctity will be lost and their communication cut due to the network work error. Shino unleashes her power as she aims to merge the two worlds and comments that her time will move. The guardians inside the Common comment that they won’t let Shino have her wy, which will protect the Common.

They use their powers to block all the spells that Shino sent to their area. Shino comments that they are ordinary guardians of the Common, and they can’t stop her. They both exchange powerful attacks, and Ruka notices that Shino wants destruction. Niina asks Ruka what is happening, and Ruka replies that the Common is under attack by Shino. Ruka wanted to go there, but she has no energy, and Hiori wakes up saying it is her fault. Ryoka and Amiru are lying on the ground unconscious. Hiori asks the girls what she has to do.

A floating Mio told her not to worry since she did nothing wrong. Mo landed on the ground and told her that she knew the gate would open. Ruka asks her to explains, and Mio replies that they planned to use the two of them to make all the little flowers go berserk. Uta emerges from black flowers and asks how to make the flowers hurt and make their feelings lose control. But they figured it out and made all the Reflectors fall into their trap. Ryoka wakes up after hearing Mio’s voice and Niina cold Uta for toying with them. 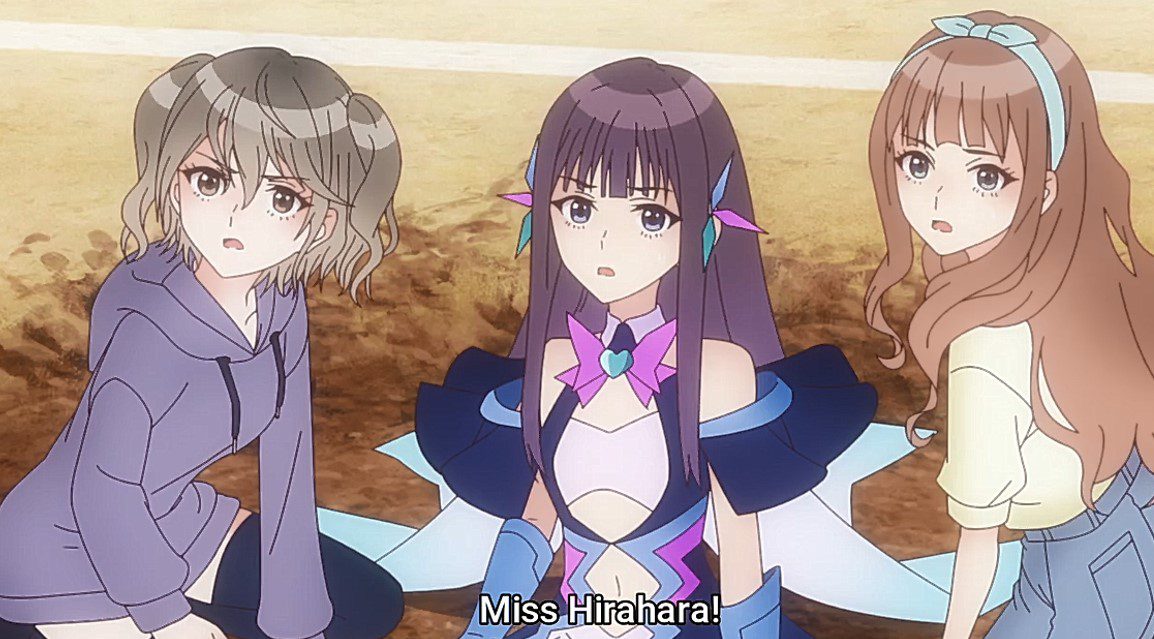 Uta replies that it was Shino and Mio’s plan. Mio told Hiori that they did everything to protect her. But the pain and suffering won’t go away from this World, and they open the entrance to control everyone’s emotions. Hiori won’t go rampaging, and her happiness is guaranteed. Hiori wonders what joy Mio is talking about, and Mio told her that she would survive even if she holds into her weakness. Ruka comments that it is the World that Hiori won’t be happy with since she wants to be with everyone.

Ruka explains how Hiori cares for everyone, and Niina adds that a lot of people got saved because of Hiori. Shino continues to fight with the guardians. Mio told the girls that they would never understand, but she will protect Hiori in her way. Ruka and Hiori decided to battle with Mio while Niina faced Uta and told Ryoka and Amiru to hear to the dorm. Miyoka told Ryoka not to regret it since Amiru tried her best. Ryoka adds that Amiru has created her own space between Common and this World. Hiori and Ruka defeated Mio after a long battle and decided to free her.

Blue Reflection Ray Episode 20 will be released on Saturday, 29 August 2021, at 2:30 AM. The final arc of the season is about to complete with three episodes to conclude the episode finale; stayed tuned every Saturday for the remaining episodes. Visit official streaming sites and get episodes early on Friday. Look at the official Blue: Reflection-Ray PV below.

You can watch Blue Reflection Ray Episode 20 online on Animelab and Funimation. Blue Reflection Ray is accessible officially on its official page and Twitter account. The updates of Blue: Reflection-Ray are available daily online, and the new episodes have English subtitles. Also Read: Recap: The Dungeon Of Black Company Episode 8 Release Date & Preview.