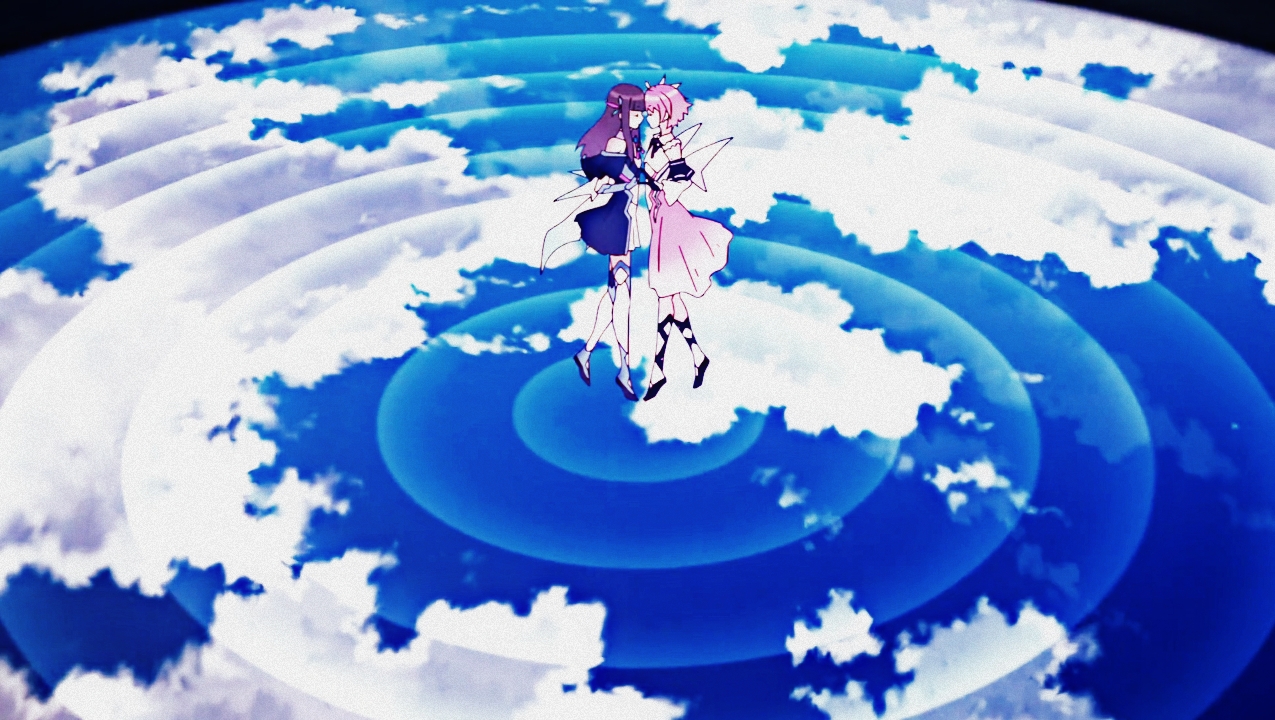 The anime adaptation of the role-playing game Blue Reflection was announced back in February 2021. Developed under the studio JC Staff, Blue Reflection Ray is a mahou-shojou anime. Blue Reflection Ray has been written by Akiko Waba and directed by Risako Yoshida. The anime premiered on 10 April 2021. It broadcasted originally on MBS, TBS, and BS-TBS. It is also available for streaming on Funimation, AnimeLab, and Wakanim. The opening theme of the anime is DiViNe, performed by EXiNA. ACCAMER performs the ending theme of the anime, Seishin.

Most fans of this anime come from the fans of the game. Having thoroughly enjoyed the game, the fans of Blue Reflection are excited about the anime adaptation. The anime will deal with the various human emotions and the power within them. Alongside, it will also feature the relationship between Hiori and Ruki– two polar opposite personalities. The basic concept of the anime matches the game on many levels—girls who can contain magical rings transform into Reflectors. Blue Reflection Ray is an anime about these Reflectors and the various enemies they will encounter.

The first episode of this original anime has premiered. Here we have summarised everything about this episode of Blue Reflection Ray.

Spoiler Alert: The following contains spoilers of Blue Reflection Ray Episode 1. Refrain from reading ahead if you haven’t watched it yet and don’t want it spoilt.

The episode opens with Momo Tanabe coming face to face with the last Sephirot. She transforms into her Reflector form and prepares to fight it. Mio Hirahara comes to assist her. But, under mysterious circumstances, Mio claims that she does not know what she is doing anymore. 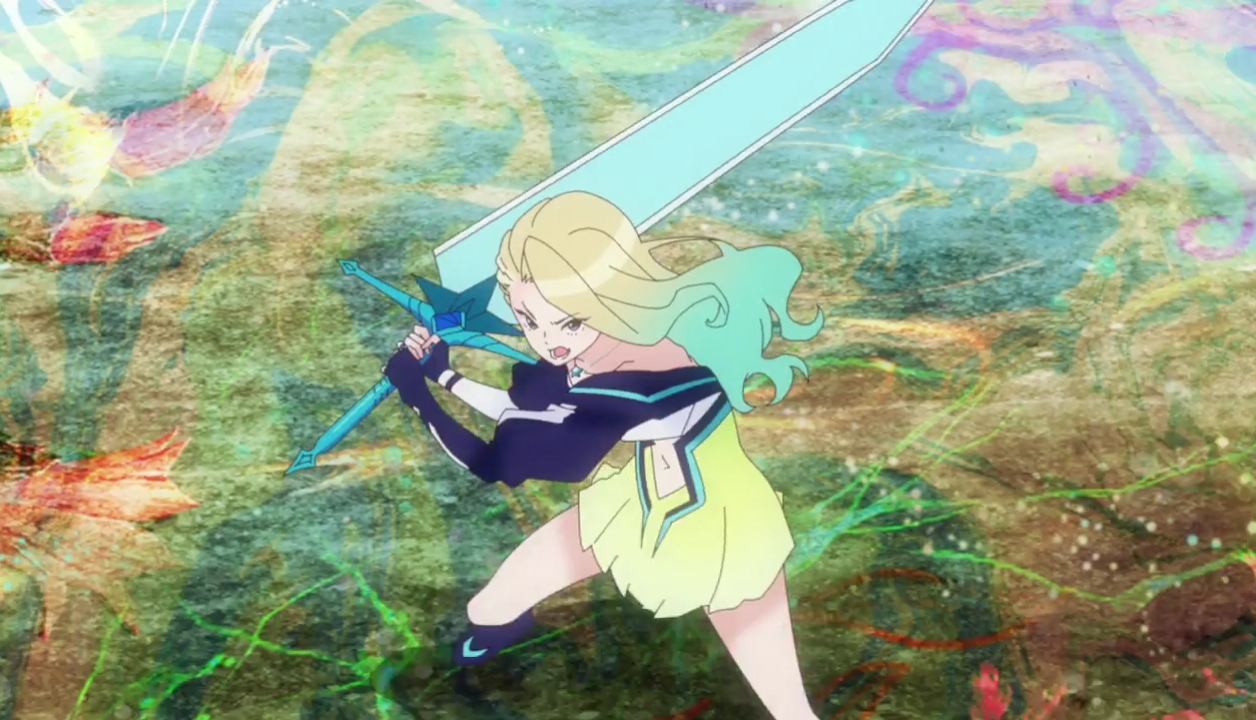 Tsukinomiya High School has a new transfer student.  Ruka Hanari, the transfer student, is admitted to the Tsukinomiya High School Dorms since her parents have recently transferred overseas. When she arrives, two girls and the warden show her around the school while she moves with them without much question. Ruka suffers from very low social skills. She is so terrible at being social that she often gives other people a misconception about her personality. Ruka goes to her room and finds her roommate, Hiori Hirahara’s part of the room quite messy. Hiori had not come back to the dorm for a few days.

Next days she goes to school and is welcomed by many. She meets Miyako Shirakaba, a rich girl who has issues of her own. After school, Hiori goes to a bookstore where she buys a book that guides its readers to get along with people. Here, she meets Miyako again, who tells her that she has her own problem. It turns out that though rich, Miyako’s brother gets more preference over her. Ruka accidentally comes across a magical ring that Momo Tanabe had left behind after colliding with her.

Back in her dorm, Ruka is reading her book when Hiori enters the room through the window. Ruka notices that she is wearing a ring on her neck that resembles the ring she had found. When they touch each other, they see fragments of memories.

While Ruka is socially awkward, Hiori is an extremely friendly girl. The next day at school, she tries to make friends with Ruka. Ruka is in awe of Hiori’s friendly nature. Suddenly, a weird phenomenon takes place. Everything around them stops moving. For reasons unknown, Hiori and Ruka can still move. They move on pure instinct and see someone suspicious trying to harm Miyako’s unconscious body. Momo comes to their rescue, and the suspicious girl only expresses her confusion of seeing a new Reflector. She disappears, leaving Miyako’s body on the edge of the terrace. Hiori rushes to save her, and her strong emotions to save her transform her into a Reflector.

In her flashback, we see that she had found the ring in a box left behind by her elder sister, Mio Hirahara.

The anime opens with a promising prologue. As the episode progresses, it refuses to give the viewers a point to breathe. Being the first, it was an introductory episode. We are made aware of the magical girls whose powers are activated by a ring. Many interesting characters were introduced in the first episode. Yet, only a handful of them is given some time for the viewers to know better. 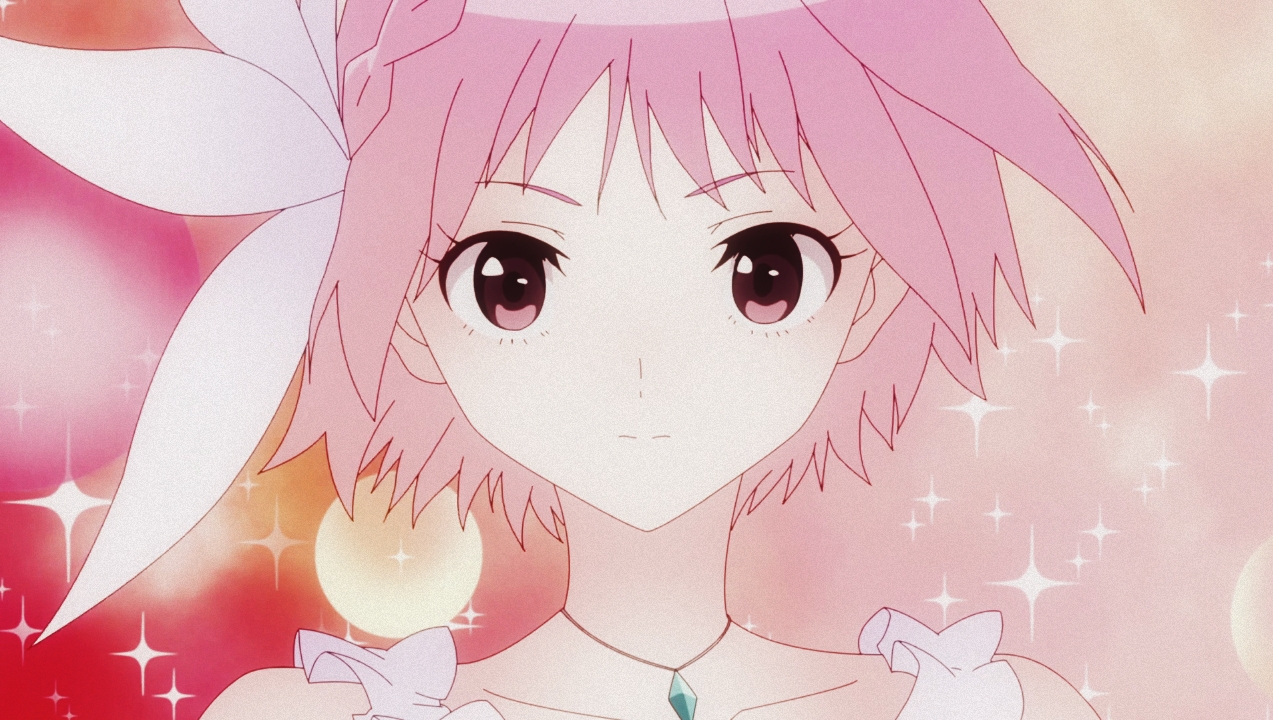 Blue Reflection Ray feels like a mellowed-down version of Sailor Moon. It has a very cute art that I can’t see as fitting for a mahou-shojou anime. The episode tries to make a dramatic entrance, but somehow the impact of the anime is only dramatically slow. For an anime with such slow and weak impact, the first episode rushes by introducing many characters. But, what makes it a complete mishap is that the anime treats important details like ‘names’ as unimportant. The only two characters that are introduced to the audience with a name are Hiori and Ruka.

The first episode was not all bad, but it did not seem to engage with the viewers much. The second episode of the anime will come out on 17 April 2021.