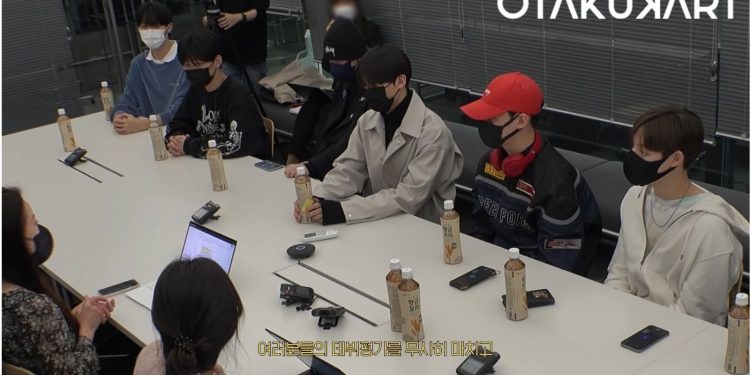 Big Hit Music is gearing up for the debut of its new boy group, Trainee A. The trainees under the corporation have started their journey with a new chapter, “A-Road,” on Youtube. Hence, the fans can now keep an update on the upcoming group and their activities through the Youtube channel. In the new video, Trainee A members were seen sharing their thoughts and plans for the future. Member, Leo who was under fire for misogynist lyrics, was also present in the video.

Big Hit Music’s upcoming rookie group, Trainee A, is beginning the preparation to debut soon. With the launch of “A-Road” on Youtube, the Trainee A members answered questions and had a Q&A session. Viewers got excited to see an idol group’s debut preparations procedures and “behind-the-scenes.”

Trainee A, the new group from BigHit Music, is prepping and working hard on the new video posted on their Youtube Channel. While the trainees were questioned regarding their future and goals for the group, an evaluator of the trainees shared the crucial importance of preparing early.

He said that an idol could not appeal only with his visuals and skills at present. Considering the global trends, artists should be able to appeal to the audience with his/her personal stories and influence them through music. Kpop is a huge industry evolving with the latest trends. Hence, the evaluators meet all ends to develop the newest debut evaluations.

Furthermore, she shared that they have multiple new evaluations to try in 2022. Thus, they will pull all of them through their upcoming rookie group.

Trainee A has earned the hype from the audience due to their management label. Big Hit Music rose to fame and power after BTS’ hard-earned success. Many trainees dream of debuting under BigHit and BTS’ guidance. Trainee A is working hard to sustain BigHit’s position. Watch them taking their first step to success down below: